Physical Sciences
Research on textiles has come a long way, with numerous examples of textiles having bifunctional characteristics. Advancements in the area show the incorporation of microcapsules on textiles, containing active principles with antimicrobial, cosmetic, or even drug characteristics. Prof Manuel Jose Lis Arias, at the Terrassa Institute of Textile Research and Industrial Cooperation of the Polytechnic University of Catalonia, has been exploring the synthesis, characterisation and incorporation of loaded microcapsules on textiles. Furthermore, he has been evaluating the ability of the encapsulated agents to be released from the microcapsules and penetrate the skin upon contact, unravelling many exciting applications.

Textiles are everywhere around us, literally surrounding our bodies. From clothes to bedding, home items, and medical gauges, textiles have been and still are an irreplaceable necessity of life as we know it. Over the years, textiles have been improved, not only with regards to appearance, but also regarding their durability and functionality as our needs keep evolving. Novel fabrics have been introduced in our life, serving various purposes, such as protection from weather conditions, breathability, flexibility, comfort, and expression of our personality. These are some well-known examples showcasing the functionality of textiles, but another great example, currently under development, is functionalised textiles, serving advanced purposes.

Prof Lis Arias showcased the creation of smart and bifunctional textiles, incorporating microcapsules loaded with active principles, and examining their release upon contact with the skin.

Functionalisation of textiles
The rather technological term ‘functionalisation’ refers to the advancement of textiles to serve more purposes than originally intended by the introduction of new abilities, usually using technology. Think of a pair of prescription glasses. It serves the purpose of helping someone see better under normal circumstances, but what happens when that person is in the presence of direct sunlight or glare? They need some added help, usually provided by a pair of sunglasses. If the lenses of sunglasses are treated in a way to incorporate the necessary prescription, then they serve an added function. Similarly, if a sun-protector attachment is introduced on the prescription glasses, they serve an added function. In both cases, we can say that the pair of glasses or sunglasses was functionalised. Moving back to textiles, a great and well-known example of functionalisation is the introduction of a hydrophobic layer on top of textiles, or incorporated in their synthesis, making them water repellent. This type of textile functionalisation has changed our life for the better, and it only involves interaction with ‘mild’ external conditions such as water. Imagine what could happen if there would be a way to functionalise textiles for our protection from more invasive conditions.

Introduction of microcapsules in textiles
A relatively new concept in textile research is the incorporation of microcapsules within the textile threads. These microcapsules could contain active ingredients that serve a particular purpose, and would be released under specific conditions, for example upon external stimuli, such as when in touch with skin. This would mean that textiles would be carriers of active ingredients, opening a great range of potential applications in various sectors where textiles are present. Microencapsulation of active principles can take place when an active ingredient, or principle – in gas, liquid, or solid form – can be enclosed in a vehicle, with the process happening in the microscale (for reference, a micron is a millionth of a meter). That vehicle is usually of polymeric nature, with several well-known examples being natural or modified polysaccharides, proteins, and waxes. The method used for encapsulation can be physical (such as spraying), chemical (such as the formation of the polymer in the presence of active principles), or a combination between physical and chemical, such as the well-known sol-gel method. During the latter, an appropriate combination of chemicals, including the active principle and precursors of the polymer, form a type of suspension (sol), which is then physically transformed into a gel. The active principles can be any compound with a role beneficial to human nature, such as essential oils or drugs. The combination of the polymer chosen as carrier, the active principle, and the method of encapsulation is crucial for the success of the preparation of microcapsules and their effectiveness to fit the brief they were designed for.

Functionalisation of textiles for various purposes
Creating microcapsules and incorporating them into textiles has been the main research focus of Prof Manuel Jose Lis Arias, Associate Professor at the Terrassa Institute of Textile Research and Industrial Cooperation of the Polytechnic University of Catalonia. In his recent work, he showcased the creation of smart and bifunctional textiles, incorporating microcapsules loaded with active principles, and examining their release upon contact with the skin. Prof Lis Arias examined the microencapsulation of active principles using three model compounds. He used citronella essential oil, known for its insect-repellent properties, ethyl hexyl methoxycinnamate, a sun filter, and gallic acid, known for its antioxidant properties. For citronella oil, he used two different methods to produce microcapsules. He encapsulated the essential oil in carriers made from gum arabic and gelatin, in a way similar to making the flavoured bubbles of bubble tea. The other way involved mixing the citronella oil with cyclodextrin, a natural polymer, and creating complexes by ‘sticking’ many molecules of the essential oil together with the aid of cyclodextrin as a glue. For the encapsulation of ethyl hexyl methoxycinnamate and gallic acid he used two different types of liposomes, which are hollow spheres from lipid (fat) molecules, with the property of creating a separation between hydrophobic and hydrophilic substances.

Functionalised textiles using microcapsules loaded with antimicrobial, drug, or other active principles can be very helpful in the areas of cosmetics or epidermal drug delivery.

Application of the microcapsules loaded with citronella oil was examined on cotton and polyester textile substrates by soaking the textiles in a solution with the prepared formulations. Liposomes loaded with the other two active principles were incorporated into cotton and polyamide textile substrates by soaking the textiles in a liposome solution, squeezing the excess, and allowing textiles to dry before further examination. The functionalised textiles were examined for their load of microcapsules, and selected samples were tested for their ability to promote adsorption of the active principles when in contact with skin, either in vivo or in vitro. To perform the in vitro skin absorption experiments, Prof Lis Arias, in collaboration with the Spanish National Research Council (CSIC), used pork skin. He applied the functionalised textile on the skin surface and measured the concentration of active principle that was transferred through the different skin layers. For the in vivo experiments, a functionalised textile sample was applied like a bandage on the forearm of volunteers, and layers of the skin that were in contact were monitored using non-invasive techniques over four days.

Up close and personal with loaded microcapsules
Before examining how microcapsules can deliver active principles when functionalised textile was in contact with skin, Prof Lis Arias examined the properties of the microcapsules, including their shape, size, structure, ability to hold the active principle, and ability to remain on the textile substrates. He used several methods such as microscopy, thermogravimetric analyses, and tailored analyses to examine active principle release. Results showed that the release of essential oils depended on the type of carrier and textile the microcapsules were applied on. There was no difference on the release profile for citronella oil encapsulated in gelatin-gum agar carriers and applied on cotton or polyester. In contrast, microcapsules based on cyclodextrin complexes with citronella oil applied on cotton fabric had a slower agent release compared to polyester fabric.

When textiles functionalised with liposomes loaded with drugs were examined for their ability to transport the active principles on and through the skin, results were interesting. It was shown that depending on the nature of the active principle, the ability of liposomes to release the agent on the skin and the ability of the agent to penetrate the skin changed. Release of lipophilic (or hydrophobic) agents such as ethyl hexyl methoxycinnamate on the skin was enhanced compared to lipophobic (or hydrophilic) agents, such as gallic acid. It was shown that among the two textile substrates examined, polyamide was better for higher delivery of loaded liposomes compared to cotton. Between the two types of liposomes examined, keeping the active principle the same, the one promoted higher delivery through the skin, whereas the other enhanced skin hydration.

The future of drug-delivery from microcapsules
Since the publication of the described work of Prof Lis Arias, he has published several other examples of relevant work, corroborating his results, and diving deeper into the ability of textiles to be functionalised using loaded microcapsules for various purposes. He examined the creation of complexes between citronella oil and cyclodextrin in depth, identifying factors that govern the release of the active principle. In another publication, using lavender essential oil as a model, he explored in detail its encapsulation using chitosan, a natural polymer that comes in several molecular weights (or lengths of polymeric chain). Since diffusion is critical in this area of work, as it is imperative to know how the active principle is released from the microcapsules, Prof Lis Arias used mathematical models to describe this process and add to the knowledge around this fascinating topic.

Functionalised textiles using microcapsules loaded with antimicrobial, drug, or other active principles can be very helpful in the areas of cosmetics or epidermal drug delivery, and Prof Lis Arias’ work has significantly improved understanding of this exciting research domain.

Would we be able to encapsulate combinations of active principles in microcapsules?

<> Yes, the methodology developed is able to be applied to mixture systems. In fact, some of our recent works are being developed in mixtures with more than three different chemical compounds. Experimental results show a controlled delivery behaviour.

What is the lifetime of functionalised textiles?

<> The duration of microcapsules depends strongly on the chemical composition of the external layers defined and their modifications. Some of the last microcapsules obtained can deliver certain types of drug during several days. Nevertheless, the next step on our work is to fix, chemically, microcapsules with the tissue, what will provide longer lifetime.

What does the future hold for this area of research?

<> We are very confident with the future of this technology. The number of publications in this field is increasing every month and the application of it is being extended to other sectors, such as the food industry, biomedical applications, or in detergency. 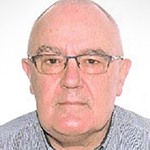 Prof Manuel Jose Lis Arias holds a BSc in Chemical Engineering, MSc in Textile Engineering, and PhD in Industrial Engineering. He teaches chemical engineering subjects at the Polytechnic University of Catalonia (UPC) since 1984 and is head of the Laboratory of Surfactants and Detergency, INTEXTER-UPC.

Prof Lis Arias studies smart textiles using microencapsulation technology. With basis on the physico-chemical behaviour of the colloidal systems, every drug or mixture of them should be possible to be microstored in microcapsules to be used on textiles as controlled delivery items to skin. This mechanism of supplying active principles shows very promising possibilities to be considered for medical treatments, as well as for cosmetic purposes.