Physical Sciences
Switching to electric powered transport is one way of reducing CO2 emissions and their negative effects on the climate. Lithium-air batteries could play an important role in this transition, as they have the potential to provide the highest known theoretical energy density (3,400 Wh/kg). Development of lithium-air batteries requires highly stable electrolytes that are resistant to decomposition under operating conditions. Dr Donald Dornbusch, Dr Rocco Viggiano, and Dr Vadim Lvovich from NASA are using a monitoring technique that uses Electrochemical Impedance Spectroscopy (EIS) and Nuclear Magnetic Resonance (NMR) to understand the patterns of electrolytes’ degradation and develop highly stable battery components with an overarching goal of improving the number of charging cycles of lithium-air batteries.

Electric aircraft are the way forward in NASA’s green aviation programme; an endeavour that aims to transform the global transportation system and meet the energy storage challenges of future aerospace missions.

NASA needs new battery materials to enable its vision, and lithium-air has the potential to provide batteries with the highest known theoretical energy density (3,400 Wh/kg). In physics, energy density is the amount of energy stored per unit of mass of a given system. In other words, a battery of a given mass with a higher energy density will propel a vehicle faster and further than a battery of the same mass, but with less energy density. For comparison, lithium ion batteries have energy density values of 100–265 Wh/kg, less than 10 % of what can be theoretically achieved with lithium-air. Lithium-air cells use oxidation of lithium at the anode (positive electrode) and reduction of oxygen at the cathode (negative electrode). When reduced, oxygen gains the electrons lost by lithium during its oxidation and this electron transfer will induce a current flow. The development of large scale, ultra-high energy, rechargeable, and safe lithium-air batteries requires highly stable electrolytes that don’t decompose under operating conditions.

The researchers, based at the NASA John H. Glenn Research Center, USA, include Dr Vadim Lvovich, Dr Rocco Viggiano, and Dr Donald Dornbusch. The team employs a technique known as Electrochemical Impedance Spectroscopy (EIS) together with Nuclear Magnetic Resonance (NMR), to monitor the chemical reactions happening at the electrodes and to prevent and contrast the formation of decomposition products that could affect the efficiency and the number of charging cycles of lithium air batteries. EIS allows scientists to investigate the functioning of an electrochemical system, by applying an electric excitation signal and monitoring the resulting changes in flow of current. NMR is a very sensitive technique, which uses strong magnetic fields to identify the presence and structural integrity of molecules in a solution. The team uses NMR to identify the molecules that are produced by decomposition of the electrolyte.

Reactions at the electrodes in lithium air batteries
The team’s recent paper (Dornbusch, D et al 2020) describes the energy generation in a lithium-oxygen cell as a multi-step process that involves three phases – gaseous (oxygen), liquid (electrolyte with lithium ions) and solid (carbon cathode). The oxygen, which is dissolved in the electrolyte, will react with lithium ions within the porous surface of the carbon electrode, yielding lithium peroxide (Li2O2). During the process, lithium carbonate (Li2CO3), formed as a side product, accumulates at the surface of the electrode, reducing the efficiency of the battery and causing decomposition of the electrolyte.

The recent study also describes how the air cathode material and structure play important roles in battery performance. Surface area and optimal porosity are important for both maintaining high power and achieving high energy. Electrodes with the same porosity but different pore size distribution show different performance due to the electrode passivation. For example, the low surface area of electrodes with larger pore sizes leads to a more severe electrode passivation. Similarly, the degradation of cathode morphology, caused by the decomposition of organic electrolytes, can lead to a severe decrease in the efficiency and longevity of lithium-air batteries.

Higher energy density batteries would make a significant difference to our future transportation needs, allowing the development of greener technologies.

Design criteria for novel electrolyte candidates
In their research, the NASA team specify the criteria by which novel organic electrolytes for lithium-air batteries would be selected, highlighting the importance of a medium that can dissolve high molar concentrations of lithium salt, oxygen and oxygen radicals. This is because lithium ions and solubilised oxygen are required for the reaction to occur at the cathode surface. Furthermore, electrolyte additives can be used to modify the chemistry occurring at the cathode surface. For example, lithium nitrate additive has been shown to promote the solution-based method of oxygen reduction, thus improving the cycle life of the batteries. Stable electrolytes also require availability of a polar atom to coordinate to Li ions, possess high vapor pressure and high donor number.

EIS measurements were conducted at three types of the test cells conditions: directly after the cells assembly, after the cells were discharged, and after full recharge. The state of decomposed electrolytes was detected by proton NMR spectroscopy. The samples for NMR analysis were taken at the same three corresponding cells conditions as for the EIS measurements (initial, discharged, and recharged). 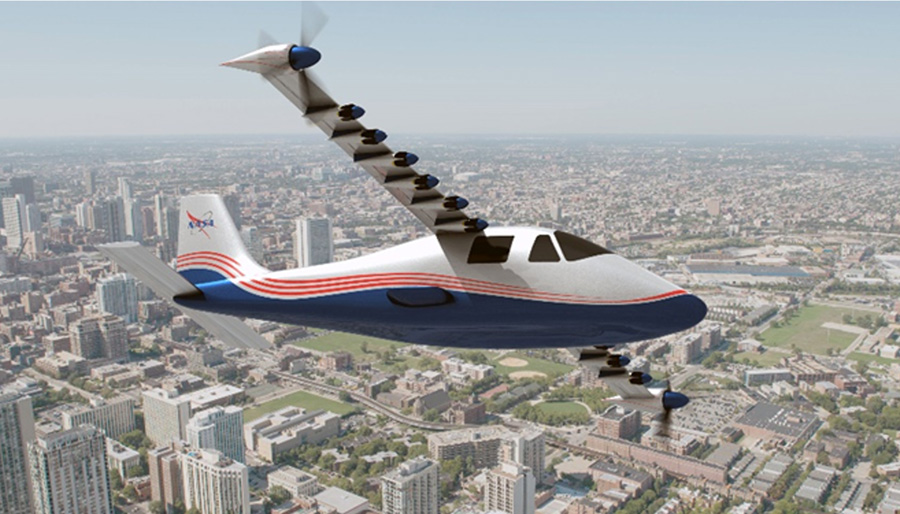 Electrolyte candidates were chosen due to their lithium and oxygen solubility, high polarity and their anticipated high stability, which are desirable features for the above-mentioned lithium-oxygen chemistry. Ideally, suitable solvents for lithium-oxygen would possess high vapour pressure to prevent rapid evaporation.

The resulting electrolyte candidates were selected from variations of the simple N,N-dimethylacetamide (DMA) and urea Tetramethlyurea (TMU). Electrolyte solutions were prepared with a mixture of 0.5M lithium bis(trifluoromethane)sulfonyl imide (LiTFSI) and 0.5M lithium nitrate (LiNO3).

A powerful tool to aid the development of advanced battery components
The NASA researchers concluded that the urea compounds decomposed to a much greater extent than acetamides. N,N-dimethylpivalamide (TMDMA), a sterically hindered derivative of TMA was the most stable followed by DMA. NMR spectra of DMA and its derivatives showed uncontaminated peaks, in good agreement with literature databases. The urea-derived candidates possessed degradation peaks corresponding to methanol, acetic acid and a methyl-hydroxylamine, while the acetamides showed predominantly methanol. The results demonstrated empirical agreement between EIS and NMR data for degree of electrolytes’ degradation, supported by the cells cycling performance.

The development of functional and stable novel electrolytes is a one of the major goals of lithium-oxygen battery research. For the lithium-oxygen chemistry, the combination of EIS and NMR provide a powerful tool for analysing the decomposition reactions that occur during repeated discharging and recharging cycles, enabling researchers to select the most stable electrolytes. The highly aggressive chemical environment of lithium-oxygen batteries results in successively higher charging potentials with every cycle, leading to accelerated electrolyte degradation, and ultimately shorter battery cycle life. 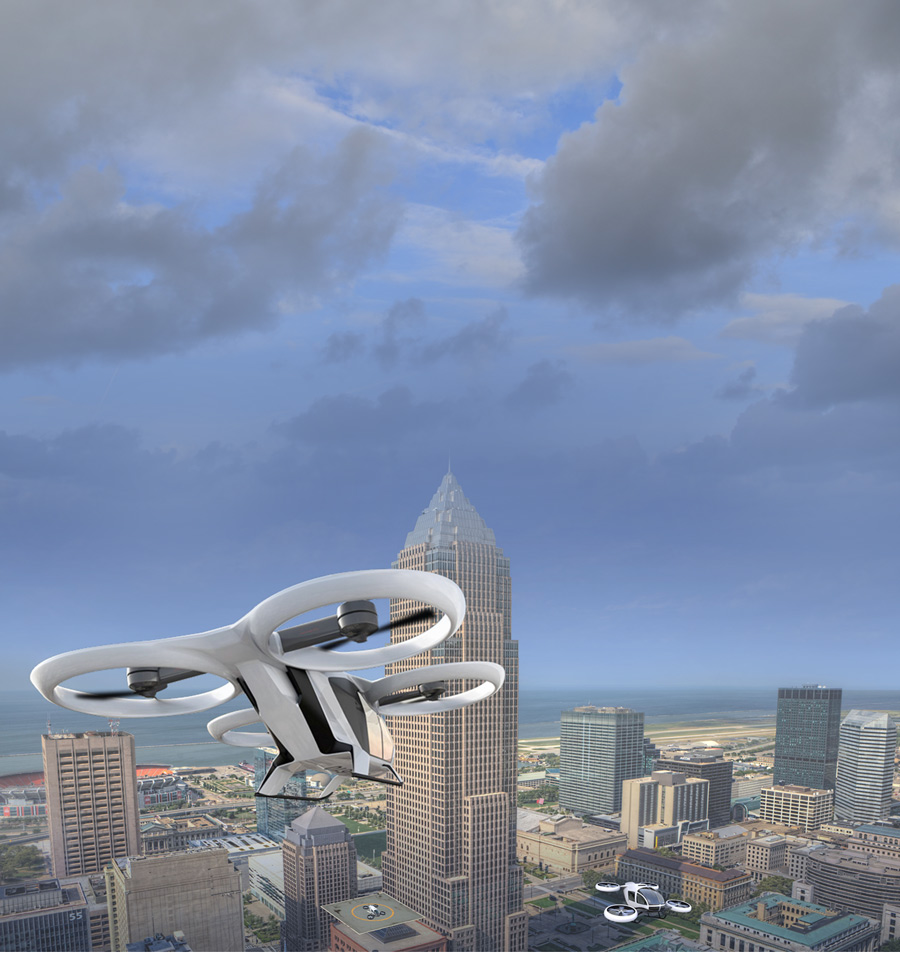 The switch to electric powered transportation has the potential to minimise our consumption of fossil fuels, thereby reducing CO2 emissions and their negative effects on climate change. The EIS/NMR analytical approach developed by the NASA researchers will be used to develop advanced battery components such as optimally designed electrolytes and cathodes with well-structured architecture to provide substantially higher specific energy and longer battery cycle life. Higher energy density batteries will make a significant difference to our future transportation needs, allowing the development of greener technologies such as electric aircraft and high performance electric vehicles.

Emissions from fossil fuels in aircraft are one of the main causes of global warming. When do you estimate that lithium-air battery technology could be safely made available at scale for electric aircraft? 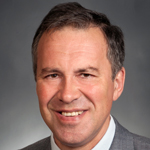 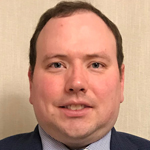 Dr Rocco Viggiano has a PhD in Macromolecular Science and Engineering and currently leads NASA team in the development of solid-state battery technology to enable electric aviation. 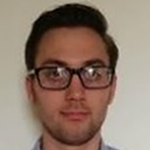 Dr Donald Dornbusch has a PhD in Chemical Engineering. His experience encompasses materials for next generation energy storage focusing on beyond lithium-ion chemistries, including alternative cathodes, novel electrolytes, and high efficiency metal anodes.