Earth & Environment
When global food prices spiked in 2008, many governments embarked on programmes to improve their country’s food self-sufficiency – but have they been successful? At Setsunan University, Japan, Dr Tetsuji Tanaka and Dr Jin Guo are quantitatively assessing the effectiveness of a number of self-sufficiency policies. They have studied regional and global volatility in beef and wheat prices, and used panel data analysis to consider how beef and wheat self-sufficiency rates impact on their respective markets. Their findings indicate that these national programmes can help protect countries against volatility in international food markets.

Food security is critical for the survival of all living creatures, humans included. Our evolution and history in large part reflect the way societies have sourced and managed their supply of food. However, the industrial revolution and rise of the modern world irrevocably changed our relationship with food. Before the 19th- and 20th-century booms in transport and communication technologies, most communities sourced their food close to home. Today, extensive international road, rail, and air networks, and the development of climate-controlled containers, mean we can transport fresh food around the world; a typical meal can now include lamb from New Zealand, potatoes from the UK, and strawberries from Spain. This change in supply chains has also altered the landscape of food security. While it has vastly widened the food choices for many people around the world, it also means we don’t just need to worry about local or regional disruptions; our food security can be threatened by events that occur halfway around the globe. 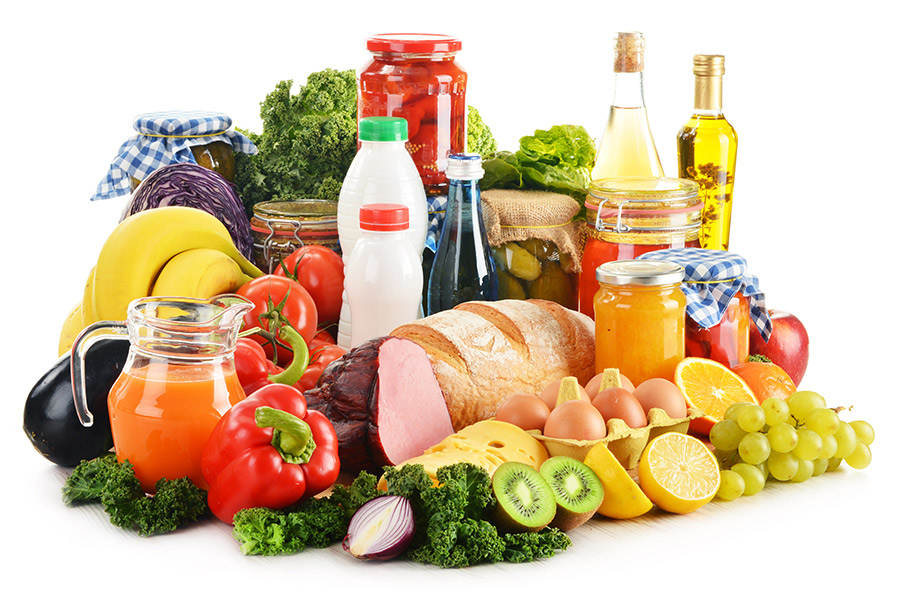 One thing leads to another
Long- and short-term effects of climate change (eg, droughts, floods, extreme weather), outbreaks of infectious animal diseases, malfunctions in food and transport infrastructure, and global pandemics like COVID-19, among other factors, all have significant impacts on the global food supply. To make matters more complicated, the connectivity that defines so much of modern life means disruption to one sector can also impact on another. A spike in grain prices will jolt global and local meat markets, for example, because feed grain is essential to rearing cattle. In the most extreme cases, unexpected events have long-term, if not permanent, impacts on food consumption patterns; the bovine spongiform encephalopathy (BSE) outbreak of the 1990s resulted in a widespread drop in consumer confidence in and demand for beef products around the world for many years.

It is not only local or regional disruptions that can threaten food security, but also events that occur halfway around the globe.

In 2008 there was a spike in global food prices, driven by complex interconnected factors including increased oil prices, rising demand for biofuels (which are produced from food commodities), poor harvests in Australia and Ukraine, and government trade policies (particularly those relating to export restrictions). The main impact was on the price of cereal grains, which had a knock-on effect for beef prices. Another outcome was social unrest in low-income and/or food-importing countries with 44 million people falling into poverty. The event prompted a wave of political concern for food security, with many national governments embarking on programmes to improve food self-sufficiency. Some of these programmes aimed for what’s known as food autarky – complete self-sufficiency.

Food security in Japan
Food self-sufficiency is low in Japan. Just 40% of the country’s calorie needs are met by domestic production, a rate that is much lower than most high-income, developed countries. When international supply chains are operating as expected this is not an issue, as Japan has the economic resources to import the food it needs. Dependency on the outside world poses a significant risk, however, when those supply chains are disrupted. For example, in 1973, a soybean crop failure in the USA resulted in an embargo of soybean to international consumers such as Japan; the invasion of Afghanistan by forces of the USSR in the 1980s disrupted the supply of grain. The Japanese government has long entertained policies to improve this.

At Setsunan University in Japan, Tetsuji Tanaka and Jin Guo are attempting to fill holes in the literature around food self-sufficiency policies; in particular, with the support of the Japan Society for the Promotion of Science, they are pioneering approaches to providing quantitative assessments of the effectiveness of self-sufficiency policies with respect to cereals and meat. They have looked at the levels of volatility in beef and wheat prices at both global and regional levels, and used panel data analysis to consider how beef and wheat self-sufficiency rates impact on the respective markets.

Beef
Tanaka and Guo have looked in detail at the relationships between international and retail beef prices in various countries, including Azerbaijan, Georgia, Japan, Kazakhstan, Kyrgyzstan, Mauritania, Tajikistan, Tunisia, the UK, and the USA from 2006 to 2013. Their approach was three-fold. First, they gauged price volatility in each country using univariate exponential GARCH models (ie, statistical models used to analyse financial data), and based on the results identified lead-lag links between global and regional prices. Second, multivariate GARCH models were applied to extract dynamic correlations between volatility in global and local beef markets. Finally, they used panel data analysis to investigate the impact of the self-sufficiency rate on international price volatility and price transmission between regions and geographical scales. 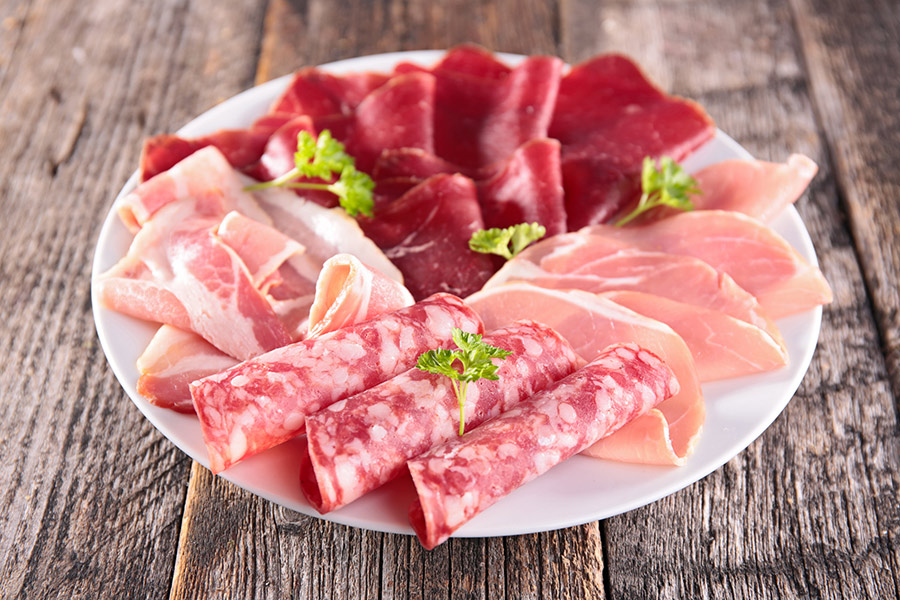 Based on this approach, Tanaka and Guo identified unidirectional causality from global to local markets in Georgia, the UK, and the USA. In contrast, Japan, as a large beef importer, saw its price causally inﬂuence global prices. Overall, the interconnectivity between global and regional markets was found to be relatively weak, with regional markets absorbing external shocks better than other food types (eg, wheat). The reason for this is the greater flexibility in meat production compared with grain production; in particular, the beef industry is less at the mercy of climate change and extreme weather. Overall, their quantitative analyses of beef price volatility at different levels provides strong indication that high levels of self-sufficiency can protect local markets from global disruption.

Poorly thought-out and executed autarky policies are liable to end in failure or poor economic return.

Wheat
Much of the literature on international food prices and price volatility is focused on importing countries; however, relatively few studies have looked at the importance of food insecurity in food-exporting countries. To address this lack of research, Tanaka and Guo set out to identify the causality between global and regional wheat prices in exporting countries (with data taken from Canada, Kazakhstan, the UK, and the USA), again using a GARCH model. They found that causal relationships between global and local wheat prices are bi-directional. Moreover, self-sufﬁciency plays an important role in reducing international price volatility. The local or regional availability of alternative cereal crops, including maize and rice, provides a shock absorber that can alleviate the transmission of volatility from the international market.

Food security in a brave new world
The years 2020 and 2021 (at least to date) have seen unprecedented global challenges. Together with the increasingly apparent effects of climate change, the COVID-19 pandemic has impacted on virtually all facets of human society. While other impacts of the pandemic are perhaps more visible (eg, death rates, restrictions on human movement, etc), a lesser-known outcome has been the destabilisation of food prices in various countries, primarily reflecting transport and supply chain disruptions. This has been exacerbated by new grain export restrictions implemented by Russia and Kazakhstan. While this ongoing global event is far from typical, it provides a living example of why food self-sufficiency has become such a focus for national governments, bringing to mind the old adage that it is best to fix the roof before it rains.

For the first time, Tanaka and Guo have provided empirical evidence that well implemented self-sufficiency or autarky policies could mitigate against international volatility in food commodity markets, providing resilience against unexpected shocks. Moreover, they have shown that the application of appropriate models allows for the visualisation and identification of time-varying price volatility between markets. However, it is important to note that poorly thought-out and executed autarky policies are liable to end in failure or poor economic return. For example, expending effort on securing food supplies equivalent to 2000 kcal (kilocalories) per day per person in Japan would appear on the surface to make good sense, but in reality a food crises of this severity would be unrealistic in such an affluent country. In addition, for richer countries, should a stock of surplus food be held, it may be more economical to hold that food overseas, where storage costs are lower.

What are the downsides of food autarky, both for individual countries and for the global community as a whole?

<>
It is costly to boost domestic production with considerable amounts of subsidies or protect domestic markets from overseas markets with high import tariffs. This leads to the misallocation of economic resources such as labour, capital, and land. It also means that fiscal budgets are not used in an efficient manner.

How will global food supplies change with changing climate? Will we see changing demand for food based on its carbon footprint?

<>
Climate change will cause more frequent extreme weather events (such as droughts and floods). This will destabilise agricultural production and make food markets volatile. Furthermore, climate change could affect regional growing environments (eg, temperature) and the most suitable regions for respective crop production. This results in demand-supply imbalances of crops with disproportionately high or low prices. Accordingly, international trade patterns would also be affected. 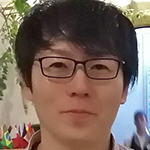 Tetsuji Tanaka is an Assistant Professor at Department of Economics, Setsunan University. He holds a PhD in Finance and Management from the School of Oriental and African Studies, University of London. His expertise lies in climate change, biofuel, food security economics. 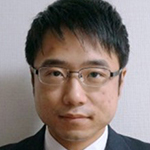 Jin Guo is an Associate Professor of Setsunan University. His major research focuses on time series analysis, empirical finance, data science, and macroeconomics. His recent publications appear in Applied Economics, Global Finance Journal, Computational Economics, amongst others. Recently, he has conducted research on the food and energy security.

Modelling agricultural prices and agricultural trade to understand the economics of food security and food self-sufficiency.

Kaken 20K15613, Japan Society for the Promotion of Science