Major mental illnesses (MMIs) are a significant global health burden. Recent data confirms that MMI is associated with an individual’s month of birth (MOB). Levels of ultraviolet radiation (UVR) vary during the calendar year, and over cyclic periods UVR intensity peaks. UVR can cause cellular mutations and affect epigenetic processes, therefore exposure at conception or during early gestation potentially has lifelong consequences. Research by Dr George E Davis Jr and colleagues, at Riverview Psychiatric Center, Maine, USA, reveals a link between UVR, MOB, human lifespan, and the development of MMI.

Since the 1990s, there have been reports describing the detrimental effects of higher-intensity ultraviolet radiation (UVR), a type of electromagnetic radiation, on reducing human lifespan. There is also research that indicates monthly changes in UVR can influence disease development. Some exposure to UVR may ameliorate certain diseases – vitamin D is known to be beneficial for the immune system, for example. However, too much UVR is damaging to health. Previous studies revealed the effect of environmental factors during gestation on disease prevalence and lifespan. Examples include schizophrenia (SZ), bipolar disorder (BPD), and autoimmune diseases, where seasonal pattern changes are reported, and the intensity of solar radiation may play a part in their development. Although UVR is postulated to alter the genome, it is not known exactly how this occurs and what exact mechanisms are at play.

Environmental factors like UVR exposure may change the epigenome as early as at conception and during gestation. The epigenome encompasses chemical compounds that modify the genome through epigenetic processes, such as DNA methylation, which direct the genome’s behaviour. These modifications may be inherited, affecting gene expression and function in subsequent generations. Such modifications may be in response to environmental factors, enabling adaptation and survival. However, certain mutations will increase the likelihood of an individual experiencing mental illness.

Worldwide, mental health disorders are a major contributor to the global health burden, significantly impacting patients’ quality of life. Researchers at Riverview Psychiatric Center, led by Dr George E Davis Jr, previously reported that higher solar energy exposure at birth was associated with decreased lifespan. Now their latest paper describes an objective method for determining the severity of major mental illness (MMI), such as SZ, BPD, and schizoaffective disorder (SZ-AFF), using the month of birth (MOB) of patients compared to the MOB of the general population. The ability to assess MMI severity may help identify individuals at risk of experiencing severe mental illness who require more resources for treatment.

The ability to assess MMI severity may help identify individuals at risk of experiencing severe mental illness, who require more resources for treatment.

Solar cycles of electromagnetic radiation occur approximately every eleven years. ‘The MAX’ (or solar peaks) refers to the period of about three years where electromagnetic radiation is highest, whereas ‘the MIN’ refers to the remaining eight years where it is lower. UVR is quantified by sunspot number (SSN), with higher sunspot numbers indicating increased UVR intensity. Specifically, sunspots represent magnetic solar storms signifying higher electromagnetic energy. Davis Jr and colleagues previously discovered that types of diseases may be influenced differently by these solar peaks, with such solar peaks associated with increased mental illness prevalence. Furthermore, the researchers, in an earlier, smaller study, found individuals conceived and born during the MAX had a shorter lifespan, 1.7 years less than those conceived and born during the MIN.

Based on a sample size of 63 million people, using the US National Centre of Health Statistics database, individuals with SSN>90 have, on average, a lifespan decrease of approximately eight years compared to those with SSN≤90. The team discovered that the number of individuals with SSN>80-90 had multiple sclerosis (nervous system autoimmune disease) doubled compared to the general population. UVB photons can alter epigenetic processes, such as gene demethylation, and there is increasing evidence that sunlight exposure may affect immune-system functioning. The researchers also hypothesise that variation in UVR at birth may have a desensitising effect and may downregulate UVR receptors so that in later life more UVR is needed to prevent autoimmune disorders and inflammation.

Considering the findings, the team suggest individuals whose birth is at a time of SSN>90 should be aware of an increased risk of developing immune system and inflammatory diseases as well as triggering major mental illness. The researchers also raise the possibility of altering sunlight exposure during gestation and birth to modify autoimmune diseases, but further research is needed. When interpreting, it should be remembered that in a large statistical study not all individuals born in a high SSN period will have a shorter lifespan or have an autoimmune disease. Biological systems have high standard deviations.

Month of birth, UVR, and MMI

It is known that certain diseases are more prevalent in individuals who are born at particular times of the year. Possibly environmental conditions, such as temperature, nutrition availability, and radiation (especially UVR) – among other seasonal factors – impact the growth of humans and animals. A recent meta-analysis confirmed that certain months of birth are associated with mental illnesses. However, there is a lack of standardisation in defining the severity of mental illness.

The researchers’ recent study, published in the journal Heliyon, aimed to determine if the MOB differs in mental health patients compared to the US general population. They researched the effects of UVR and how this might promote disease. The MOB for approximately four million people from the US 2006 census was used as a baseline control and analysed in comparison with the MOB of 1,233 individual patients at Riverview Psychiatric Center over the last fifteen years. The team then plotted the MOB for each major psychiatric diagnosis.

Complex statistical methods yielded a measure of how deviant an individual’s birth data/solar radiation variation was from the general population as an indication of mental illness severity. The researchers normalised each diagnostic category to August and did the same for the control set. Considering these MOB plots as rates of change, they then integrated the four categories to create the bimonthly domains of each diagnosis. Finally, they normalised the bimonthly integrals by the control integrals to obtain a severity of illness metric. Any patients who exceeded 1.28, a metric based on solar metabolism, were considered the most ill, and care for these patients became the primary aim of the psychiatric hospital.

The study suggests that increased UVR intensity during the month of conception and gestation can cause MMI through epigenetic mechanisms.

The study results suggest that increased UVR intensity during the month of conception and gestation – particularly early gestation – can cause MMI through epigenetic mechanisms. Remarkably, such mechanisms seem to affect BPD more than SZ or SZ-AFF; also, more severe illness is associated with individuals born, and likely conceived, in a MAX period. Also, conception in high UVR as in the summer solstice, and in rapidly increasing UVR around the spring equinox, increases the severity of MMI. The severity of illness seems to be related to increased entropy or randomness which affects biological systems resulting in a portion of the population being less adaptive than the general population.

For reasons not yet fully understood, the human foetus’s epigenome may be susceptible to environmental factors – and it is thought that maternal exposure to UVR could also pose a risk. The researchers propose that T-lymphocytes in the mother’s skin, or circulating cytokines, could be affected by UVR and this mutation is passed on to the embryo. Thus, potentially before birth, an individual may be ‘prewired’ and affected by external environmental conditions.

The team suggest it is too early to recommend any changes to UVR exposure in pregnant women; but they believe their findings, pending further evidence, may help to identify genetically predisposed individuals in terms of the time of year of conception and gestation. It is hoped that this research describing the methodology for objectively assessing MMI severity with MOB, year of birth, and SSN, may help identify in the future individuals at risk of experiencing severe mental illness. Such an approach would allow for the development of preventative interventions designed to mitigate the development of MMI.

How will you next build on your discovery of the link between early UVR exposure and MMI?

In future research, our team intends to study multiple sclerosis (MS) in more depth. This disease is not rare at greater than approximately 40 degrees N latitude and any strategy that mitigates its incidence would be welcome. The team believes the same methodology employed for mental illness would apply to MS. The complex interaction between human genetics and the environment will continue to provide challenges to researchers worldwide. 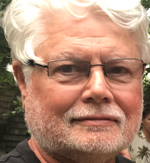 Dr George E Davis, Jr, MD, FACP, FACG, is an internist who has practised at the Riverview Psychiatric Center (formerly Augusta Mental Health Institute) for 33 years. He majored in chemistry at Cornell University and obtained his medical degree at Tufts University School of Medicine in Boston in 1968. 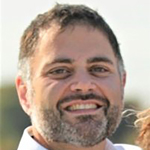 Dr Matthew J Davis, MD is the Clinical Director of Riverview Psychiatric Center, Immediate Past President of the Maine Association of Psychiatric Physicians, and a Distinguished Fellow of the American Psychiatric Association 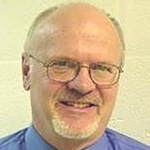 Dr Walter E Lowell, EdD is a former professor at Memorial University in Newfoundland, Canada and a Certified Professional in Healthcare Quality (CPHQ).

George E Davis Jr and colleagues are researching the link between month of birth, UVR exposure, lifespan, and MMI.