Behavioural Sciences
Howard Richards, in his recently published article in the Journal of Critical Realism Moral (and Ethical) Realism, offers practical ethics for our times, embedded in findings of the natural sciences. A companion volume written with Dr Gavin Andersson, Unbounded Organizing in Community is a step-by-step guide to realist practice. In other works he develops the fateful consequences of two ‘Staggering Facts.’ One is the dependence of production on accumulation (profit); the other is the chronic weakness of effective demand, especially in his forthcoming work Economic Theory and Community Development.

Professor Richards’ work is perhaps best introduced by his Oxford Tutor Rom Harre’s endorsement of his book The Dilemmas of Social Democracies: “The key insight, which reflects movements in the human sciences generally, is to foreground the role of culture in the reproduction of the obstacles to the realisation of a just world. Diagnosis is the first step to cure pathologies, be they organic, moral or social. In this book, we have a thrilling beginning.” The book consists of case studies of social democracy in Spain, Sweden, Austria, South Africa, and Indonesia and a critical history of World Bank policies. Its thesis is that the constitutive rules of capitalism make social democracy an unsustainable project. A deeper analysis of cultural change and how to facilitate it is needed to make social democracy possible and indeed to make the survival of humanity and the biosphere possible. Richards and co-author Joanna Swanger offer such deeper analysis.

Staggering Facts and social structures
Richards’ Staggering Facts are consequences of social structures. In Schumpeter’s terms they pertain to the ‘institutional frame’ that economic analysis presupposes. Human survival requires other institutional frames, like traditional African Ubuntu–a point developed in Rethinking Thinking co-authored by Richards and Hoppers. In the same way that the mostly invisible evolution of species that went on for millions of years before humans existed is a fact, Professor Richards, following Roy Bhaskar and Douglas Porpora, claims that the two Staggering Facts are features of underlying social/cultural structures that generate observed phenomena.

Professor Richards presents just two Staggering Facts. The first is that production depends on profit. The second is that there is a chronic shortfall of effective demand. In the dominant sector, which is capitalism, production depends upon the expectation of producers and investors to make a profit on this production, which depends on the expectation of a sufficient number of sales. These two facts together reflect the basic social structure that evolved historically in the successor states of the Roman Empire and was later imposed by force on the rest of the world as the global economy.

A consequence of the Staggering Facts is that it cannot be guaranteed that there will be sufficient sales to make the profit which justifies the investment required to begin production in the first place. This is what is meant by a chronic shortfall of effective demand. These are not empirical facts discovered by positivist economists; they are consequences of the constitutive rules of the system, i.e. of social structures that are products of history and do not exist at all in African traditions. Cultural structures are ethical structures, i.e. norms. Thus ethics, constituted by history, is fundamental for causal explanation in social science, for social reconstruction and for the survival of the biosphere.

Richards argues for celebrating diversity while simultaneously unifying all human behaviour under an ethic of respect for universal human rights.

The demand is also ineffective and falling chronically short because it cannot guarantee full employment. This means that a system built upon these two Staggering Facts will leave many without access to work. Professor Richards argues that such consequences have led to the structural humiliation of many people. A forthcoming work, Economic Theory and Community Development (ETCD) with Gavin Andersson applies this theoretical focus to the growing problem of mass unemployment. ETCD compares more and less successful attempts to solve this problem in India, South Africa and Sweden.

The authors forward the conclusion that unbounded organization (UO) building local self-reliance is crucial. Grassroots community development methods, such as the Asset Based Community Development approach (which Barack Obama practiced after taking his first degree) and the Organization Workshop approach developed in Latin America and Africa are therefore also crucial. The book Unbounded Organizing in Community by Andersson and Richards is a practical step by step guide to how to do it (www.unboundedorganization.org/)

Moral and ethical realism explained
Professor Richards takes a moral realist approach to social issues. Moral and ethical realism argues that ethical statements refer to objective claims about the world. It has a sordid past to live down, since in the past other versions calling themselves realism have been used to justify homophobia, patriarchy and savage capitalism. In Richards’ version, part of its realism is working with existing moral codes. Realism works with, not against, existing religion, existing humanist non-religious ethics, and with whatever is giving meaning and functionality to life. Every culture deserves respect. Respect can only mean dignity if it is expressed in the terms in which dignity is understood in the person’s culture. Some cultures work better than others, but with a few exceptions all cultures work better than normlessness.

There are three core components to Professor Richards’ moral realism. Firstly, he claims that the way people should act, and by extension, the way communities should be organised, ought to lead to people acting to meet human needs in harmony with nature. Secondly, nature judges culture; for example, the climate crisis makes green living a moral imperative. Thirdly, Professor Richards favours respecting people’s existing moral practices and beliefs, including the practices and beliefs of liberals, unless there is a strong reason for making an exception. This final point celebrates moral diversity. Richards argues for celebrating diversity while simultaneously unifying all human behaviour under an ethic of respect for universal human rights.

Dr Richards’ research proposes a promising solution in the form of moral and ethical realism and unbounded organizations.

UOs align across sectors for the common good. By working together toward society’s objectives, like ending poverty and crime and reversing global warming, they are better able to meet the natural needs of humanity. This is not totalitarianism or an all-powerful government. It is advocating a philosophy of ethical cooperation among the public sector, the private sector, NGOs, neighbourhood community organizations and all the myriad organizations of society. Richards suggests as an example the construction of millions of units of housing for the homeless and the shack-dwellers in South Africa. Neighbours worked with neighbours to carry out self-help auto-construction organized by a People’s Housing Movement. Government agencies, banks, building companies, foreign aid donors and others all aligned to the same goal.

Organizations become unbounded when they open themselves up to collaboration with other organizations in different communities and sectors of the economy, and when they ‘think outside the box’ realising that for any given problem the number of ways to solve it is in principle unlimited. UO intersects with the moral and ethical realism of Professor Richards. It is an effective way of determining the right way to act, open to social innovations and choosing to be responsible stewards of resources.

Understanding the global economy
Much of Professor Richards’ work is dedicated to explaining and improving the social sciences. For example, his book Understanding the Global Economy is an analysis of how economists attempt to produce causal explanations of the phenomena they study, and in ETCD Richards is keen to note the practical failure as well as the logical incoherence of neoliberalism. ETCD advocates governable economic growth (properly measured, not measured by GDP) that keeps planet Earth within its own means. UOs, working on a global scale, can be ecological, while promoting a higher quality of life for all residents of this planet. A key is to end the physical dependence of people for their daily bread on the confidence of global investors. As in nature, social systems should be redundant and plural. The penchant of economists for finding the one best most efficient way to do something, which has resulted, for example, in much of eastern Spain being one big orange grove, should be resisted. Every neighbourhood should be able to meet basic needs whatever happens in the global economy.

Betty Reardon, founder and director of the Peace Education Centre at Columbia University in New York (now retired), is a gold standard researcher in the field of peace studies. She writes that Dr Richards’ work is “an especially instructive model of modes of scholarship, argument and exposition that, I believe, should be constitutive to the practice of peace studies.” She also notes Dr Richards’ ability to use empirical scientific research to determine and put into practice ethical norms. This approach is a practical way of creating communities which truly meet the needs of humanity, creating peaceful and just societies.

The global economy is failing to fulfil the needs of all humanity. Dr Richards’ research proposes a promising solution in the form of moral and ethical realism and unbounded organizations. These concepts can help to overcome the problems of the two Staggering Facts of liberalism and lead to a peaceful and flourishing global community.

Where next for the global economy? What are the practical steps for moving towards unbounded organization?

1: Social/emotional/moral education and/or therapy leading to mental health and a pro-social attitude.
2: Intellectual education starting with problems that concern the students and leading to structural understanding of their causes and an appetite for lifelong learning.
3: Identifying and supporting growth points where aligning across sectors for the common good is making the structural changes needed to build plural economies that work for all humanity in harmony with nature. 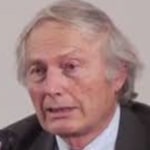 Professor Howard Richards is a philosopher of Social Science, who works with the concepts of basic cultural structures and constitutive rules. 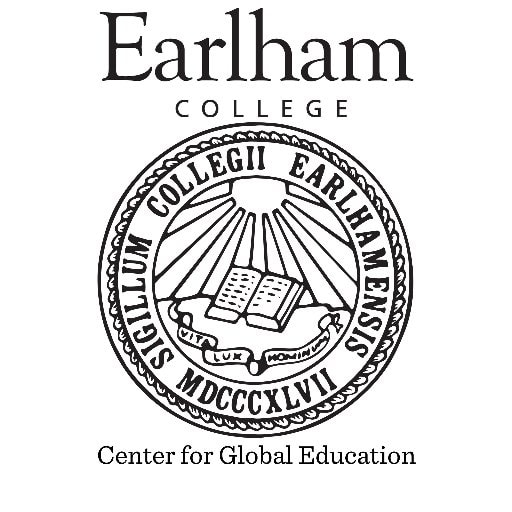