Sign up for our free publication
Health & Medicine
All comic book superheroes have an intriguing ‘origins story’; and in the case of science superman Professor Vishva Dixit he has one too. Beginning in Kenya and ending in California, this is the story of a researcher who asked big questions of himself and the world, and went on to pioneer a field of research into cell death, caspases and apoptosis.

Kisii, Kenya, the mid-1950s. The East African country is still a British colony, and there is strong cultural and societal demarcation of ethnicities, with separate schools, hospital and civic centres depending on race. Vishva Dixit was born into this discordant atmosphere a decade after his physician parents were sent to Kenya from India on colonial service. Initially, Dixit’s mother and father had been posted to the ‘Northern Frontier District’ close to the Somali border to run the clinic associated with a British prison camp there. The area was a veritable desert, troubled by scorpions and bandits, and Dixit’s father recalls having to surgically remove the severed head of a hyena from the forearm of a man who had been attacked while wandering in scrubland nearby. After leaving the colonial service, Dixit’s parents set up private practice in a number of small towns before settling in Kericho, on the edge of the Kenyan Rift Valley, and at the heart of the African tea industry. Nestled in the mountains 7000 feet above sea level, and surrounded by the lush green of tea plantations, this must have seemed a world away from the bleak and arid landscape of the frontier. Perhaps aptly, one theory for the etymology of the name of the town ‘Kericho’ is that it derives from the Kipsigis word for hospital, ‘kerichek’; so called because it was where the region’s first hospital was set up. In 1963, Kenya achieved independence, and segregation policies in the country came to an end; the young Vishva Dixit was able to attend the previously ‘European’ school. 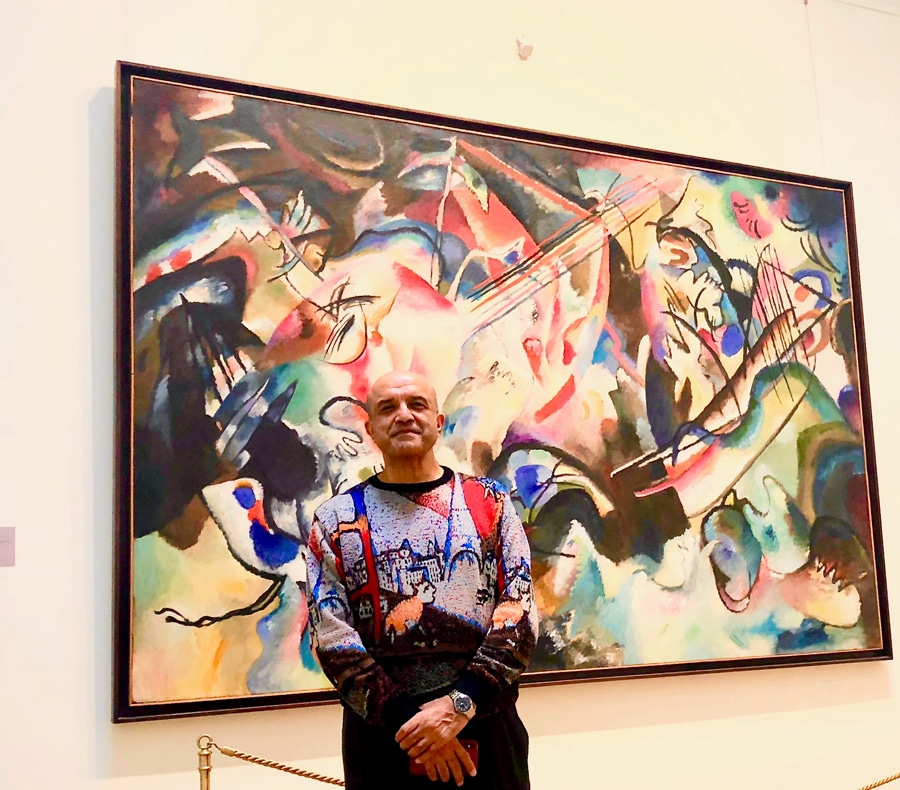 A curious child
With parents busy at house calls most evenings, ten-year-old Dixit kept himself busy with a series of science books bought for him by his mother and father. He reminisces that even at that young age he was fascinated by the idea that the tools of science can allow one to be an explorer. He also notes that he was particularly intrigued by one book on forensic-pathology, beginning a lifelong preoccupation with death, and deciding there and then that when he grew up he wanted to be a scientist. Not long after this, the Dixit family moved again, this time to Nairobi, Kenya’s capital city. Vishva has described his high school years as ‘turbulent’. With the hustle and bustle of the city as a backdrop, young Dixit ‘muddled’ through his teenage years in the knowledge that ‘come hell or high water’ he would go on to study medicine, as his parents insisted he should.

The trainee
For the young adult Vishva Dixit, medical school was a revelation. Some of the teachers Dixit encountered during his time passed on not just knowledge but new ways of thinking. A physiology lecturer, Professor Hettiaratchi, left a particular impression; revealing to the eager student the foundational logic of medical science. As well as being inspired, Vishva was also exposed to the tragically high levels of infant mortality in the country during the 1970s. Poverty-stricken parents could only afford to bring their children to the hospital in the city when conditions were far advanced; by the time the doctors saw them, there was often little they could do. Towards the end of his study period Dixit experienced the futility of trying to treat a disease without knowing its cause or name – whilst working in the tropical medicine unit Dixit and his tutor Dr Philip Rees began to see many patients with the same symptoms, famished and skeletal looking, with a ‘fever of unknown origin’. All tests carried out returned negative results, and the patients gradually wasted away, eventually succumbing to the mystery condition. Looking back, Dixit realises that this was the beginning of the AIDS epidemic, and he has commented that for him it ‘underscored the helplessness of ignorance’.

…even at that young age he was fascinated by the idea that the tools of science can allow one to be an explorer.

These experiences taught Dixit that in a country like Kenya, where infant mortality stood at 120 in 1000 and the AIDS crisis was just beginning, public health was a political problem, and disillusioned by the scale of the tragedies he knew that a career in public health was not for him. He felt that as a physician, he could make little impact on such largescale problems. However, his childhood desire for scientific discovery and fascination with death remained, and it became clear to him that a career in biomedical research (pathology specifically) would be better suited to his interests and skills. The lack of resources and funding in Kenya meant that he would have to look for opportunities overseas if he wanted to realise this dream; Dr Dixit began to look at the possibility of making the move to the United States.

A new chapter in the new world
With his siblings already based stateside, Dixit began in earnest to work towards the move. With his medical degree from Nairobi (‘hardly a hotbed of biomedical research’), Dixit knew he would have to prove he had the appetite and ability to gain admission onto a residency at an American institution, so he set about getting some of his recent research published. Once he had articles published in Developmental Medicine and Child Neurology and The Lancet, Dixit also took the examinations necessary to get his medical degree recognised in the United States, and following a good word from his brother, a resident in Internal Medicine, Vishva was admitted to the Department of Pathology at Washington University, St. Louis.

The gamble paid off; Dixit’s lab became famous for its work on caspases, apoptosis and what actually happens during cell death.

What was it like moving from the over-crowded and under-staffed Kenyatta National Hospital to the state-of-the-art Barnes Hospital in St. Louis? The contrast must have been monumental. In his first year of clinical training in laboratory medicine, Dixit rotated through the various topics that make up the discipline, including blood banking and microbiology. Weekly presentation meetings known among residents as the ‘shark tank’ taught him to question perceived wisdom in a thoughtful, precise and rigorous manner. The gauntlet of probing questions from tutors and peers began to change Dixit’s perception of science, teaching him to be inquisitive and challenging, even with regards to previously published and accepted theories. After his first clinical year, despite having very little bench research experience, Dixit obtained a position as an apprentice to biochemistry professor William Frazier, and began a project investigating platelet aggregation and the role of thrombospondin (a large extracellular protein) in gluing platelets together and forming blood clots. Professor Frazier must have recognised the curious spirit in Dixit, and for several years they worked together successfully, publishing a handful of research papers and presenting the research at the international meeting of the American Society of Cell Biology. Despite this being a seminal step in Dixit’s career, it was also significant in how it made him feel about his personal contribution to cell and molecular biology as a whole. The length and breadth of this research area was so broad and filled with thousands of talented researchers; how could Vishva make a name for himself and a visible contribution in such a crowded field?

Following the conclusion of his research training, Dixit found a job as an assistant professor in pathology at the University of Michigan, Ann Arbor, and despite receiving ample funding from the NIH for his further research into thrombospondin, and exciting collaborations with colleagues such as John Lowe among others, after five years Dixit suffered a crisis of confidence. Although his research was moving forwards at a rapid pace, overall progress was slow: ‘It reminded me of the acres of posters I had seen at the Cell Biology meeting, each describing a modest advance.’ Dixit was frustrated, his curiosity stalled, and he was desperate to do work that would get him noticed, to make a real difference and to carry out research that would make up textbooks. The child who had wanted to be a science explorer was still a huge part of who Assistant Professor Dixit was and he felt he had no choice; Vishva switched fields.

A fresh start and cell death
After reading an article in Scientific American that briefly mentioned cell death, Dixit realised this could be the gap he was looking for. Cell cycle was the ‘hot topic’ of the time, and no one else at Michigan was studying cell death; Dixit knew it would be make or break. His funding was for research in another topic, and if he came to the end of the grant period and he had nothing to show he would lose his job. This pressure was exciting though, and for the first time in years Dixit felt galvanised. The gamble paid off; Dixit’s lab became famous for its work on caspases, apoptosis and what actually happens during cell death. Landmark papers were published. Dixit’s lab identified each stage of the cell death pathway, and determined how they were all connected, and in 1997 Dixit was given the chance to apply this research to real-world health problems when he was made an offer by Genentech, a biotechnology and pharmaceutical company based in San Francisco. Now the Vice President of Genentech, Dixit’s colleagues report that he hasn’t changed really over the years; his scientific instincts are sharp, and he refuses to ask anything but the biggest questions on the board.

Dixit’s willingness to take risks, ambition to solve big real-life health issues and disregard for the ‘normal’ way of doing things are clearly rooted in his path to the present day; from a morbidly fascinated child at home with his science books to a medical trainee in a country plagued by insurmountable and fatal health crises, to an inexperienced pathology researcher and frustrated assistant professor with money and state-of-the-art equipment but no motivation. Vishva Dixit’s pathway to success is an advocate for curiosity-driven research, and shows the knowledge jumps that can be made when researchers are prepared to make a leap of faith from the status quo.

What is your proudest achievement of your career so far?

Can you tell us a bit more about the research you are undertaking currently at Genentech?

What advice would you give to other early-career researchers who want to break the mould?

What are your research ambitions for the future? 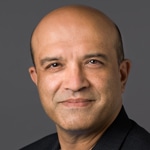 Professor Dixit has played a pivotal role in the advancement of apoptosis research..