Earth & Environment
Museums have traditionally been institutions that maintain the stories of the past, implicitly supporting the Western ideological status quo. However, this role is rarely congruent with contemporary issues in our communities, such as climate change and social justice. With her critical paper, Dr Julie Decker, the CEO of the Anchorage Museum in Alaska, looks at how museums can become an impactful and meaningful force in communities, and can respond to climate change by decolonising Indigenous knowledge and strengthening a museum’s relevance to its place and people.

Climate change is an inescapable theme in the narratives of today. This trend is only likely to increase, with urgent need to reduce carbon emissions and limit global temperature rises. The story of climate change is inextricably linked to broader narratives of injustice in our time, including global inequality and structural racism. It is the obligation of cultural institutions to imbed these vital human stories and to help us understand their causes and commonalities, and to envision an equitable future in order to work towards justice, inclusivity, and decolonisation.

Museums as institutions are integral parts of the community they are built within, harbouring the relics and stories of their region and its inhabitants. They can therefore play a central role in shaping the climate narrative, by bringing a variety of stakeholders together – from scientists, researchers, local government, Indigenous peoples, and the general public – to share knowledge and formulate positive solutions. For museums to be better equipped to shape the climate narrative, they must further increase their relevance within communities, becoming more inclusive and decolonising practices that perpetuate damaging narratives, and first consider climate justice.

The close relationship Indigenous people have maintained with their land provides examples of sustainable relationships between humans and nature.

With her timely and critical paper on museums in relation to the climate narrative, Dr Julie Decker of the Anchorage Museum in Alaska, USA, explores some of the methods by which museums can play a pivotal role in shaping their community’s response to climate change.

Anchorage Museum and Alaska
Alaska is the largest and most Northern state of the US, and the only region to make the US an Arctic nation. Alaska’s land and people are at the front lines of some of the worst effects of climate change, and Indigenous communities are impacted first. The Arctic is warming at a rate two to three times faster than anywhere else, with melting permafrost and glaciers leading to rising sea level and villages relocating. These issues have brought the world’s attention to Alaska and other Arctic regions, with documentarians, politicians, artists, and tourists eager to observe the profound and devastating changes taking place.

However, the romanticisation of this region has not helped the locals deal with their quickly changing environment. Sea level rises have already necessitated the relocation of 600 Iñupiat people from Shishmaref, as well as from the village of Newtok. The community lay on a barrier island, which has suffered from climate change-related erosion and flooding over the years, culminating in the village voting to relocate despite generations of ties to the land.

The Anchorage Museum works closely with Indigenous communities, highlighting Indigenous knowledge and language and countering deficit narratives that come from outside the region. Instead, the museum emphasises the resilience of the region and its people, as well as the long history of a successful and reciprocal relationship with the environment, stewarded by Indigenous people and communities. Colonisation of histories, land, and by institutions must be addressed before collaboration can be successful. Dr Decker highlights the spectrum of changes that must be made, both within and beyond the museum’s own practices. Decolonising approaches and narratives strengthen the link between the museum’s place and people, to ensure the Anchorage Museum is spearheading positive and meaningful action on climate change and climate justice in Alaska and beyond.

Climate change, social justice, and decolonisation
Climate change disproportionately affects people of colour, inextricably linking these issues and making climate change both an environmental and social justice issue. Climate justice is not often considered when museums invest in making their building more sustainable or organising a climate change-related exhibition. Many museums and their collections demonstrate the hubris of Western thinking, centralising their ideas around urban spaces instead of looking to the stories of those people most impacted by climate change.
The close relationship Indigenous people have maintained with their land provides examples of sustainable relationships between humans and nature. The Western world’s permanent settlements did not enrich the nomadic life of Native peoples following the seasons and food sources. These continuing practices and inherent values are needed for our future, to reimagine sustainable communities and land.

However, climate change has brought a new breed of colonisation to these communities. These regions are increasingly seen as places that should be researched, toured, and documented. Museums and other urban centres have contributed to this, as they exotify or extract narratives from these communities with exhibitions focused upon climate change in the Arctic. These exhibitions often uphold colonial ideas – for example, maintaining the belief that knowledge is exported from urban centres and that land has been discovered, or apply a sense victimhood rather than recognising the power and empowerment of people and place – or do little to challenge them. To be trustworthy institutions for authentic climate action, museums must move away from seeing themselves as central arbiters of knowledge. The generational experiences of people in their constituent communities should be where true environmental understanding is sought.

Museums can reintroduce us to the complicated nature of our environments by using the stories and experiences of the people and communities who know their place best.

Redefining knowledge and narratives
Museums have the power to shape the story of a place. Until recently, the story was overly myopic, focused on the experience of Western pioneers in science and adventure. It is now vital to redefine how museums create stories and to disentangle them from their colonised worldview.

Dr Decker argues in her recent paper that previous museum models should be updated to increase their relevance in today’s world, and to connect more with local communities. Importantly, museums should be centres of innovation where exhibitions can be a joint co-creation with members of the local community.

From the perspective of Arctic museums – from Alaska to Canada and Norway – these new stories are not solely based in the world of art, but are also focused upon the experiences of communities in their regions and which are acutely impacted by and bearing witness to climate change.

Museums’ role in climate change
Museums have generally been slow in reacting to contemporary issues such as racial inequity. Most museums are more likely to be passive actors in current events than active forces in collaborating with and influencing change in their communities. Dr Decker argues that museums should play a more active communal role and should inspire action, while incorporating a broader range of cultural knowledge and perspective.

The future of humanity depends upon our ability to reconnect with nature, and to live sustainably and within our means. Museums can assist in bridging the gap between nature and people and can reintroduce us to the complicated nature of our environments by using the stories and experiences of the people and communities who know their place best.

Introducing these new concepts gives museums, such as the Anchorage Museum in Alaska, an opportunity to become an example to museums around the US and beyond. They have a chance to show how essential museums can be within communities – making them a crucial story-making, facilitating and convening agent as part of the climate narrative. Dr Decker’s work reminds us that with the help of forward-thinking and sensitively curated museums, we can reconnect with the wisdom of those communities we have too long ignored. 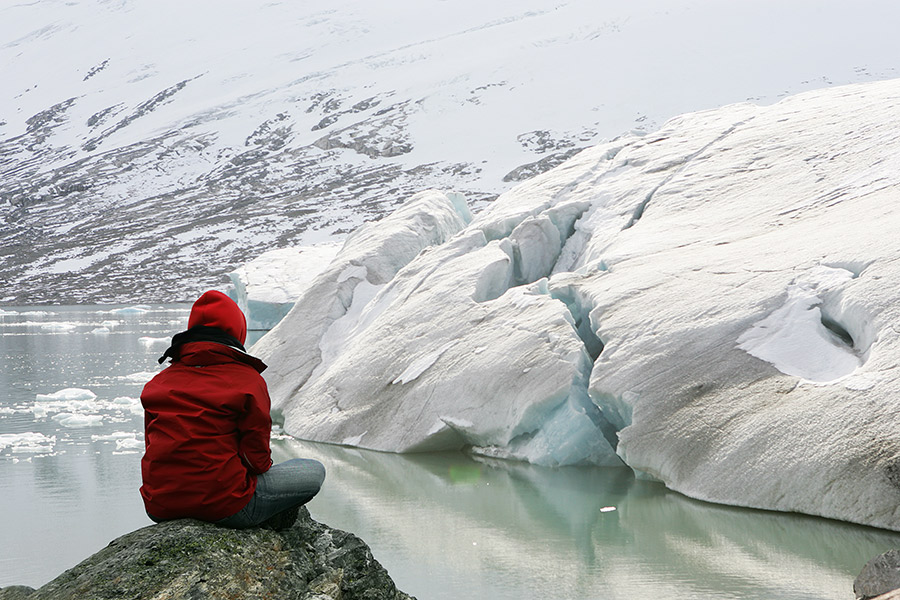 <>
We live in a region where people are bearing witness every day to the impacts of climate change, in both rural and urban environments. We often disconnect the science of climate change from the stories of human lifeways, from climate justice and from Indigenous values and knowledge. It’s an important time to rethink our approaches to these narratives and to rethink the way we work.

Do you believe museums might play an even more profound role in relation to climate change by providing workshops and classes to teach people how they can do their part to mitigate and adapt to climate change?

<>
Museums can focus on the issues that are relevant to their communities and can be effective facilitators in conversations, convening people through many disciplines and approaches, whether art, education, or conversation.

Museums and climate change: From passive bystander to agent of change was last modified: August 16th, 2021 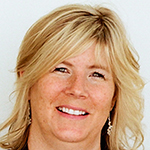 Julie Decker, PhD, is the Director/CEO of the Anchorage Museum in Alaska, which is a leading centre for scholarship, engagement, and investigation of Alaska and the North. Dr Decker’s career has been focused on the people and environment of Northern places and building projects and initiatives that are in service to local and global communities. Before becoming Director/CEO, Decker served as the Museum’s Chief Curator. She has curated and designed numerous exhibitions, taught classes, and authored and edited numerous publications on subjects ranging from contemporary art and architecture of the North to many aspects of the Arctic environment and histories.

Dr Julie Decker researches the role of museums in relation to narratives about climate change. 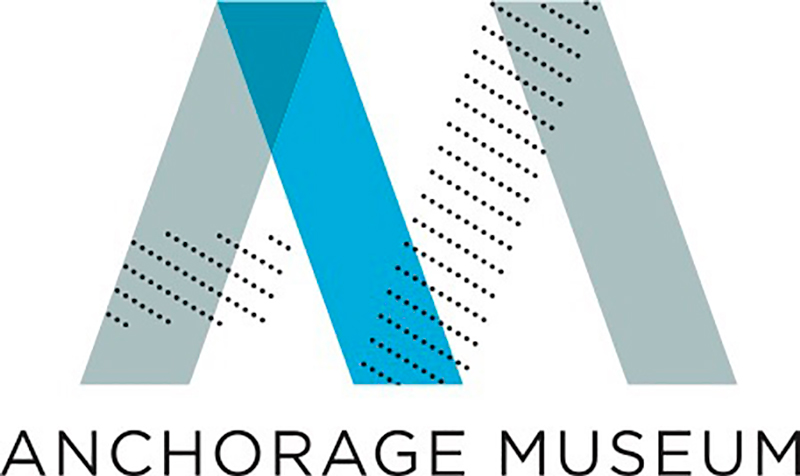