Physical Sciences
William Henry Perkin, a young London chemist, patented a synthesis in 1856 for a purple dye he created by accident whilst trying to synthesise quinine, a Victorian anti-malarial. This discovery brought purple, a colour so expensive it had previously only been afforded by royalty and the church, to the mass-market. But there is an unsolved mystery: using Perkin’s patented method, it is impossible to recreate the product he made. Dr Plater at the University of Aberdeen has been investigating, and thinks he may have discovered the true method of synthesising mauveine.

The Victorian era was one of science and innovation. Cameras, cars, electricity and evolution were heralded in under the reign of Queen Victoria. In the world of Chemistry, Dalton and Faraday were making discoveries in atomic theory and electricity. One of the most famous chemists of this era was William Henry Perkin.

In 1856, an 18-year-old William Perkin, Hofmann’s assistant at the Royal College of Chemistry, was tasked to create a chemical synthesis of quinine. Quinine is found in tonic water and used as an anti-malarial. Perkin made several attempts at the synthesis over the Easter vacation in his home laboratory, using coal tar as a source of aniline. Oxidising the aniline with potassium dichromate gave a black sludge which didn’t contain aniline: it contained something far more exciting. Perkin noticed whilst cleaning out a flask with ethanol that a purple solution had formed – an observation which led to Perkin becoming one of the most celebrated chemists of the Victorian era.

The purple substance – initially named aniline purple – was one of the world’s first synthetic dyes: mauveine. Mauveine’s significance as a dye is its elusive colour. Throughout history, purple clothes have been worn almost exclusively by the richest in society due to the expense of creating purple dyes. Phoenician dye, known as ‘Purple of the Ancients’, is a famous example made from predatory sea snails.

Perkin was encouraged by his family to test the purple substance for colouring clothes. A sample was sent to Messrs Pullar of Perth who gave their approval. Finding success, he quickly patented the method. He set up a factory with his brother, funded by his father. In doing so, he brought purple to the Victorian mass market.

We may never know how he did it – but with Dr Plater’s research we are one step closer to the truth.

Purple became the height of fashion in Paris and London in the late 1850s to early 1860s, and the frenzy over mauve became known as ‘mauveine measles’. Even Queen Victoria was not exempt from the excitement, appearing in 1862 at the International Exhibition wearing a silk dress coloured by mauveine. Wife of Napoleon III, Empress Eugenie wore mauveine-dyed dresses to state functions.

A mystery
But within this story there lurks a curious mystery. Closer inspection of Perkin’s synthesis method reveals that he may have been hiding something.

There are eight bottles of mauvine alleged to have been made by Perkin left in the whole world, spread across six museums in four cities: London, Manchester, Bradford and New York. Museum-stored mauveine was tested in the 1990s and is rich in two main components – the chromophores of mauveine known as mauveine A and mauveine B.

Dr John Plater at the University of Aberdeen repeated Perkin’s synthesis as it was written in the original patent, and here’s where the curiosity begins. The synthesis produces not two chromophores of mauveine, but four: A, B, B2 and C.

Did Perkin miss something out when he patented his method? Or are the samples in these museums not genuine Perkin’s mauveine?

Dr Plater’s attempts to make mauveine from different combinations of aniline and toluidines were always unsuccessful – he never managed to create a product with only the A and B chromophores. Every synthesis created four chromophores of mauveine. Removing the B2 and C chromophores was also impossible.

In the search for more information, Dr Plater was given access to analyse three samples of Perkin’s mauveine. These samples were stored in museums: one in Manchester, Bradford, and the other in Sudbury, the London borough where Perkin built both his family home and his factory.

Dr Plater used liquid chromatography-mass spectrometry (LC-MS) to identify the chromophores present in these mauveine samples. In LC-MS, liquid chromatography is used to separate compounds by running them along a long column filled with reverse phase silica gel. The different chromophores reach the end of the column at different times. Mass spectrometry can then be used to identify the structure of each chromophore from its molecular mass and the way it fragments. This revealed that the Bradford and Sudbury mauveines, like the Manchester mauveine, are highly rich in mauveine A and B.

A clue: six pence stamps
Museum-stored mauveines match each other in their compositions, and the Mollwo letter provides evidence that the samples originate from Perkin. However, the synthesis described by Perkin doesn’t produce mauveine with the correct composition. Dr Plater deduces from this that Perkin actually used a different synthesis method from the one he said he used.

A final clue in this mystery comes from six pence stamps. Victorian postage stamps printed using mauveine dyes are available to purchase online. Dr Plater analysed the mauveine in 15 six pence stamps using LC-MS. Each stamp had a slightly different composition, generally of all four chromophores. A fluctuating composition of mauveine provides further evidence that the method for synthesising mauveine changed over time.

A purple residue had formed – an observation which led to Perkin becoming one of the most celebrated chemists of the Victorian era.

The true synthesis
Some other research groups have suggested that the synthesis method used to make the museum-stored mauveine involved using a starting material very high in p-toluidine. However, Dr Plater has shown that this synthesis doesn’t create mauveine rich in A and B chromophores. In fact, this method only produces B2 and C, the chromophores found in very low amounts in the museum bottles.

Dr Plater has a neat solution to this puzzle. He has found that replacing the p-toluidine in the starting material with another compound, N-tert-butyl-p-toluidine, forms a product dominated by mauveine A and B, matching the museum samples. Dr Plater’s LC-MS charts of this method show a very good match in chromophore composition.

Dr Plater believes that his method is actually more similar than the method in Perkins patent to the method actually used by Perkin. But the ‘N-tert-butyl’ addition to the name of p-toluidine represents a significant feat in chemistry. This part of the name represents a ‘protecting group’ added to the para-toluidine, preventing it from reacting to form mauvine B2 or C and acid treatment removes it from the mauveine at the end of the synthesis. If Perkin was using this method, then he was performing some truly pioneering chemistry.

Trade secrets
One question remains: why would Perkin patent one method for making mauveine, but use another?

An answer may be to do with the yield of product. Dr Plater notes that mauveine is actually very difficult to make. The yields are low – about 1 per cent. The method proposed by Dr Plater increases the yield to about five per cent. Perkin discovered this synthesis by accident, but clearly understood the chemistry well enough to understand the need for research and development.

But there may be another answer
to this question. In a lecture in 1896, Perkin revealed his concerns about his competition: other manufacturers of mauveine were using copper chloride as an oxidising agent in place of Perkin’s potassium dichromate. Dr Plater has strong evidence now that Perkin never revealed his true method. Perkin may well have done this intentionally: as the demand for synthetic dyes grew, Perkin wanted to avoid his competition getting hold of his secrets.

Pioneering chemist
Perkin was the first person to mass produce a synthetic dye, but this research uncovers a new aspect to Perkin’s achievements. Analysis of mauveine stored in museums, Victorian stamps, and Perkin’s original patent provides evidence that Perkin iterated and improved his method of making his dye, making him one of the first chemists to realise the value of research and development. Because Perkin never revealed his true method, we may never know how he did it – but with Dr Plater’s research we are one step closer to the truth.

You have proposed a synthetic method to make mauveine which involves some quite sophisticated chemistry – how likely is it that Perkin was using this method? And do you think we will ever know the truth?

<> I have worked on the synthesis and analysis of Perkins mauveine for a decade with the best modern equipment. Having experienced first hand many times the impossibly difficult selective precipitation or crystallisation of mauveine to give mauveine A and B, or the selective synthesis of mauveine A and B from different compositions of amines, I believe that the modified method discussed here was exploited by Perkin. So far, the tert-butylated mauveines of this modified method are ‘traceless’ and have not appeared in bottles in bulk or on dresses, but such a find would surely convince the most sceptical person of the hypothesis. Perhaps the manufacture of Perkin’s Dahlia has left a hint about modified mauveines because the extra nitrogen substituted group which this contains – methyl or ethyl (or tert-butyl), form a family and were not out of synthetic reach in the 1860s.

The mystery of the Victorian purple dye was last modified: November 10th, 2019 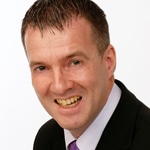 John Plater obtained his BSc in Chemistry from Loughborough University in 1986 and his PhD in heterocyclic synthesis from Imperial College of Science, Technology and Medicine in 1989. He was awarded his DSc from The University of Aberdeen in 2009 where he is currently Senior Lecturer.

Dr Plater’s research at the University of Aberdeen is focused on organic and biological chemistry. 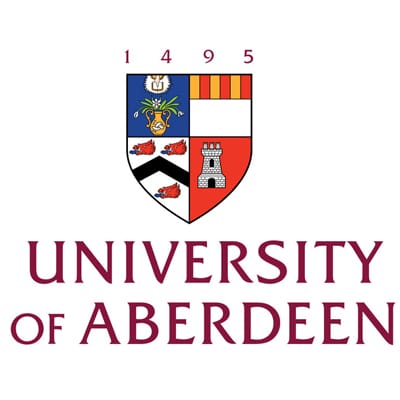