While many viral infections can be prevented through vaccination, it can take a long time for vaccinations to be developed for new diseases and many people object to themselves or children taking vaccines. There is a high need for quicker, readily available alternative treatments. Serial entrepreneur Professor Thomas J Webster thinks this could be achieved using nanomaterials. Webster’s research has identified molecules which could bind to proteins on the surface of SARS-CoV-2, the virus responsible for COVID-19, and inhibit its ability to infect human cells.

Since the emergence of the COVID-19 pandemic several years ago, multiple vaccines and treatments have been proposed to combat the disease. Most of these approaches target the virus responsible for the disease, a coronavirus called SARS-CoV-2. However, one limitation of these vaccines and treatments is that they are often developed for a specific form or variant of a virus – meaning they may be less effective against other, mutated forms or viruses. Recent studies have shown that current vaccines are not effective against recent SARS CoV-2 Omicron BA.4 and 5 variants.

Professor Thomas J Webster, a serial entrepreneur, identified the pressing need for new alternative versatile approaches for treating viral infections such as COVID-19. Nanomedicine could be the answer to develop such versatile approaches and, if successful, could accelerate our response time to the next viral pandemic.

One versatile alternative treatment uses nanomaterials (extremely tiny materials). These nanomaterials, or nanoparticles, are already being used in therapy to treat some diseases, such as cancer. They can be used in a variety of ways: drugs can be loaded into cavities within the nanoparticles for delivery to a target site, or virus-like particles can be used to trick the body into mounting an immune response against them – meaning a faster, stronger response to the real virus. The outer layer of nanomaterials can be fortified with other molecules that target specific binding sites so that drugs can be delivered accurately to the desired site of action.

One group of nanomaterials are self-assembling peptides, short chains of building blocks that can arrange themselves into well-organised structures with unique functions. This makes them excellent candidates for disrupting virus function. Peptides can quickly be broken down within the body; therefore, outer casings, or nanocarriers, may help protect the peptides from degradation.

There are two main ways in which a virus, such as SARS-CoV-2, can be stopped; either by targeting the virus and inhibiting its replication ability or by inhibiting host factors that are important for the viral life cycle.

SARS-CoV-2 viruses have proteins protruding from their surface, which are used to bind to target cells. Due to the crown-like appearance they give the virus, these molecules are known as spike proteins. Webster explains that the spike protein offers an attractive target when developing drugs to treat COVID-19, however, this is a region that also frequently mutates, so additional areas on the virus must also be targeted.

Previous studies by other research groups have already shown that antiviral peptides may be effective against some viruses, including influenza and other coronaviruses, as well as the virus that caused the MERS (Middle East respiratory syndrome) outbreak in 2012. The self-assembled nanomaterials were safe and could easily be administered in the nose using an inhaler or through injection.

Webster proposes that nanomaterials, which are the same size as SARS-CoV-2, could block the action of SARS-CoV-2 by attaching to the spike or other less frequently mutated regions of the virus. This binding would inhibit the ability of the virus to infect human cells and prevent COVID-19 from developing, and possibly, could even be immune to virus mutations.

These ‘super’ nanomaterials have extra abilities; they don’t just attach to SARS-CoV-2, but form a blanket-like structure around the virus to stop it from attaching to target cells in the body. A prophylactic (preventative medicine) approach is also possible.

As well as preventing viral binding, it’s important to consider the impact peptides may have on the host’s immune response. A ‘cytokine storm’, or an overactive immune system, has been observed in some patients with COVID-19. This uncontrolled inflammatory response may cause the other cells in the body to be attacked, in addition to cells already infected with the virus. Webster hypothesises that it may be possible to combine antiviral agents with anti-inflammatory peptides for a dual response against COVID-19.

Webster and his colleagues used computer software to identify several candidate peptides with the potential to bind to the outer surface of SARS-CoV-2. They were able to simulate interactions between the peptides and the spike and other SARS-CoV-2 proteins and how the structures of both may change over time in response to this interaction.

Viruses can be hard to combat: they constantly evolve and mutate to evade immune responses and treatments. Webster explains that these self-assembled materials were developed to target a region of SARS-CoV-2 that does not mutate, meaning that it’s effective against all strains of the virus rather than limited to one particular form of the virus. The self-assembled molecule is also showing promise against other viruses, such as influenza and rhinovirus or the common cold.

The researchers’ results showed that two of these peptides had a strong ability to bind to the SARS-CoV-2 virus, changing its structure and preventing it from attaching to target cells in the host. Animal studies have shown that these peptides are safe, and further modelling showed that the peptides were likely to be safe and well-tolerated in the human body.

Another recent study by Webster reveals the design and development of a peptide that can target an enzyme responsible for SARS-CoV-2 replication. As they knew the molecular sequence that bound to the enzyme, the researchers synthesised a peptide with a very similar sequence, which could bind to the enzyme and stop its ability to help the virus replicate. Using cells grown in the laboratory, the researchers found that the peptide was not dangerous to cells, and it was able to inhibit replication of the Omicron strain of SARS-CoV-2 for at least one week after administration to the cell mixture.

It may be possible to combine antiviral agents with anti-inflammatory peptides for a dual response against COVID-19 and future viruses.

There are other benefits to nanomedicine: there are fewer side effects when nanoparticles are used, drug release or nanoparticle action can be tightly controlled, and nanomedicines can be administrated in a variety of different ways, such as through the skin or via an easy-to-use nasal inhalant to easily get to the lungs, the organ most affected by SARS-CoV-2.

Nanomaterials can be further designed to bind to SARS-CoV-2 using a technique called molecular imprinting. Molecular imprinting creates a template-shaped cavity to which a specific molecule, such as a viral protein, will then bind (similar to a lock and key mechanism where the protein is the key, and the template is the lock). One example of how molecular imprinting has already been successfully used is for detecting bacteria within a solution, something that may be important in food and drink hygiene. In this study, the researchers imprinted a bacterial protein onto a gel bead, before removing the protein and leaving an empty cavity on the bead. They then used these gel beads to specifically bind the bacteria that had the original protein on their surface, but other bacteria did not bind to the beads.

Webster explains that, in theory, molecular imprinting could have promising applications for monitoring infectious organisms and their host cells or even as a sensor to determine if a virus is present in a restaurant. However, he explains that there are still some limitations to molecular imprinting, including challenges when washing and removing molecules to form the template cavity, low binding capacity, and the potential binding of other molecules that were not the original target.

Advances in technologies may help researchers to overcome some of these issues. For example, machine learning could be used to mine existing databases to find the most suitable target molecules, as well as to predict and model interactions between nanomaterials and target molecules.

The future of nanomaterials

Nanomaterials may have another hidden superpower. Interestingly, Webster suggests that they could be placed on sensors to detect SARS-CoV-2 in the air, warning people when they have been exposed to the virus or helping them to avoid areas of high risk altogether. Developing an antiviral nanomedicine, with minimal side effects for the host, allows emerging infectious diseases to be combatted quickly and effectively. Nanomaterials loaded with antiviral treatments may offer a novel versatile alternative approach to treating numerous infectious diseases.

What are the next steps for developing an effective nanomaterial treatment for COVID-19 and potential barriers that will need to be overcome?

Unfortunately, at a university, I was unable to conduct antiviral studies for treating COVID-19 to help the public since many universities restricted research activity in 2020. Instead, in order to help in any way I could with the COVID-19 pandemic, we immediately in 2020 spun out this novel technology into Audax Medical (with CEO and co-inventor Mark Johanson) who has since completed extensive research on the use of self-assembled nanomaterials for passivating SARS-CoV-2. He is currently conducting preclinical trials and obtaining regulatory approval. I am extremely thankful for the role that industry has played to continue our efforts to combat COVID-19 and very much look forward to the day when such nanomaterials can be used both as a preventative and therapeutic measure to once and for all keep SARS-CoV-2 and all of its variants (and other viruses) from disrupting our lives.

Nanomedicine for the prevention and treatment of COVID-19 and other viruses was last modified: September 23rd, 2022 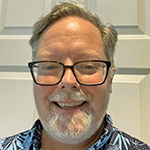 Professor Thomas J Webster, one of the ClarivateTM Most Distinguished Researchers in the Top 0.1% of Citations, has degrees in chemical engineering from the University of Pittsburgh (BS, 1995) and biomedical engineering from Rensselaer Polytechnic Institute (PhD, 2000). Webster is a serial entrepreneur whose technologies have formed over a dozen companies with numerous FDA approved implants.

Webster T. J. (2022). Nanomedicine for the prevention and treatment of COVID-19 and other viruses. Research Outreach, 131. Available at: https://researchoutreach.org/articles/nanomedicine-for-the-prevention-and-treatment-of-covid-19-and-other-viruses/ (Accessed YYYY/MM/DD)