Nuclear fusion has long been discussed for its potential as an abundant source of energy. Yet owing to the immense technological challenges involved, the global rollout of the technology still seems a long way off. Dr Tamás Biró and colleagues at the Nano-Plasmonic Laser Inertial Fusion Experiment (NAPLIFE) project, Wigner Research Centre for Physics, Hungary, believe a solution could be found through a new approach to fusion, where nuclear fuel is ignited more efficiently by rapid laser pulses when inserting nanoparticles in the target. Through their research, his team shows how the technique could be made possible through the latest advances in fields including laser technology, fluid dynamics, and nanotechnology.

Today, the need to transition away from our reliance on fossil fuels is growing increasingly urgent. Although the expansion of renewable energy and nuclear fusion will likely be key to achieving this goal, this rollout isn’t happening fast enough to avoid catastrophic damages to societies and natural ecosystems in the near future.

For several decades, physicists have discussed how an alternative solution could lie with nuclear fusion. In theory, this technique could be used to harvest vast amounts of energy as small atomic nuclei – namely a mixture of hydrogen isotopes deuterium and tritium – are fused into larger helium nuclei, through the same mechanism which powers our Sun.

Yet despite such clear benefits, the vision of a global society powered by nuclear fusion still seems many years away. ‘Fusion power plants can produce large amounts of energy, but no such power plant has been built anywhere,’ explains Dr Tamás Biró at the Wigner Research Centre for Physics in Budapest, Hungary. ‘It must be heated to the Sun’s core temperature of one hundred million degrees Celsius, where it must hold the fusion fuel and the hot plasma together.’

Today, the need to transition away from our reliance on fossil fuels is growing increasingly urgent.

To achieve such extreme conditions, physicists so far mainly have used powerful magnets to generate stable plasmas of hydrogen isotopes, deuterium and tritium, within a hollow, doughnut-shaped reactor, and containing them for long enough for fusion to initiate. If full fusion could be achieved, the energy produced in the process would be enough for the reaction to sustain itself – allowing energy to be harvested indefinitely. This principle is a central goal of ITER: an international fusion project currently under construction in the south of France, which is aiming to achieve full nuclear fusion in 2035.

Clearly, this is a long way off – and before global, commercially-viable fusion can become a reality, we will need to wait even longer still. On top of this, an unavoidable consequence of fusion based on the d+t reaction is its production of high-energy neutrons, which can damage the expensive equipment required to contain the plasma. However, this approach isn’t the only proposed technique for initiating fusion.

In their research, Biró and his colleagues at the NAPLIFE project explore an alternative approach, where unheated fusion fuel is packed into a gel just one hundred micrometers across, and subjected to sudden, extreme irradiation. Ideally, fusion could be achieved in this scenario, without generating any damaging, high-energy neutrons.

‘At the National Ignition Facility in the USA a capsule containing the fusion material is symmetrically compressed from several directions by high-energy laser or ion beams,’ Biró illustrates. ‘In principle, this can create the necessary conditions for fusion in a material that condenses due to huge pressure.’

To achieve these conditions, the researchers hope to use the short, intense laser pulses available at the Wigner Research Centre for Physics, which in principle would be vastly more efficient than heating plasma to extreme temperatures inside giant reactors. However, the technique doesn’t come without its own challenges: even during pulses lasting for just a few nano seconds, some parts of the fuel will be more compressed than others – leading to a flow named a ‘Rayleigh-Taylor instability’.

This effect can be found in many scenarios in nature where fluids with different densities interact with each other: from the motion of oil when water is poured on top of it, to the mushroom clouds which develop during volcanic eruptions. In this case, motions generated in a fuel which has been compacted to varying densities will prevent it from igniting, creating a need to eliminate any instability.

To overcome this challenge, Biró’s team would need to ensure that their fuel would absorb energy evenly during compression: both at its surface, and within the bulk of its interior. To achieve this, they prepared the fuel in a specialised mixture, which would transform into a rigid polymer when exposed to UV light at specific wavelengths. They implemented metal nanoparticles into the polymer sheet and then exposed it directly to the rapid laser pulse.

‘With the help of light, electrons on the surface of a metal can be forced to move like waves, in which thinning and thickening alternates,’ Biró explains. ‘Named a “surface plasmon”, this new type of charge movement has shorter wavelengths than those of the light used to excite the metal surface.’

In combination with this approach, the NAPLIFE team also aimed to avoid instability in the fuel by integrating specialised nanoparticles. In their experiment, they synthesised a number of gold nanorods measuring just 25 nanometres in width, and with lengths ranging from 85 to 135 nanometres. As these rods dissolved in the liquid polymer precursor, they then dispersed to adopt a uniform distribution.

Once the fuel was polymerised, the nanorods acted as tiny antennas, which absorbed and transmitted the wavelengths they received. By ensuring the energy imparted on the fuel by the metal’s surface plasmons was distributed evenly throughout the surface and bulk of the fuel, the nanoparticles enabled fusion to ignite at all points simultaneously at larger pulse energies.

To characterise the formation of their polymer fuel and its dissolved nanorods, the NAPLIFE team used a combination of two advanced imaging techniques. The first of these was optical spectroscopy – which examines how matter interacts with electromagnetic radiation. Secondly, they turned to transmission electron microscopy, which produces ultra-high-resolution images by measuring how beams of electrons are altered as they are transmitted through a sample.

The quality of the analysis provided by these techniques allowed Biró and his colleagues to determine how their compression-based approach could be optimised, considering factors including the thickness of the fuel sample; the lengths of the nanorods – which would affect the wavelengths of light they absorb and transmit; and the wavelengths of light used to polymerise the fuel.

Based on the results of their analysis, the researchers now have a clearer roadmap of the improvements they will need to make before compression-based nuclear fusion can realistically contend with existing projects like ITER.

Their work will pave the way for sustained, compression-based nuclear fusion, which takes up far less space than more conventional, plasma-based techniques.

For example, while the addition of the nanorods had a clear positive effect on the stability of the fuel during laser pulse delivery, their observations revealed a need to implement larger spaces between the structures. In addition, adapting their techniques further will require the use of more advanced laser facilities – enabling the use of even shorter, more intense pulses.

A new approach to fusion

Having applied for funding for this equipment, the NAPLIFE team are now focused on planning these future experiments. ‘Based on the results obtained with the low-power laser used in our laboratory, we plan to continue working with much more powerful devices at the ELI-ALPS laser centre in Szeged, Hungary,’ Biró says. ‘This will require not only a high-quality laser, but also a much larger vacuum chamber, and several other very expensive pieces of equipment.’ 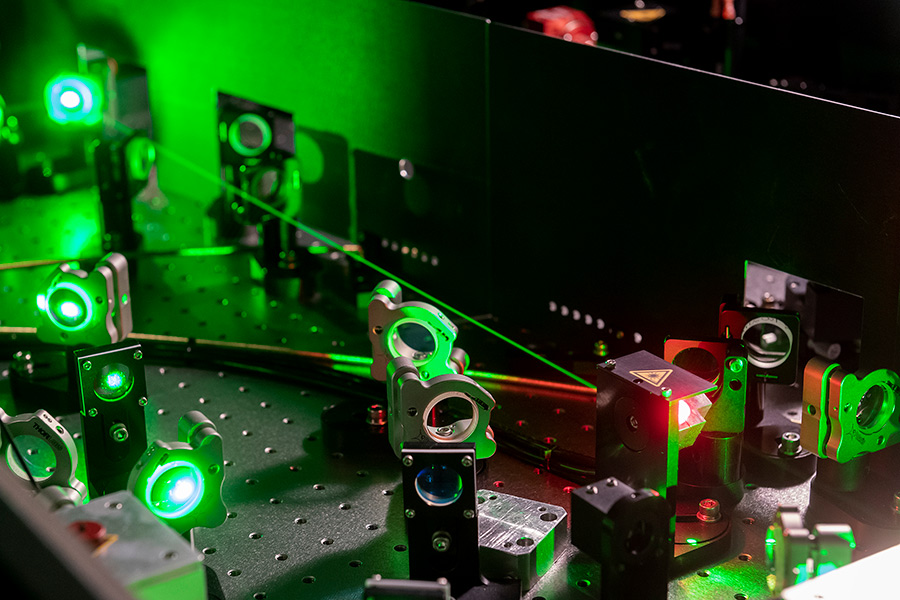 If the team’s current goals are achieved, they hope that their work will pave the way for sustained, compression-based nuclear fusion, which takes up far less space than more conventional, plasma-based techniques.

By conducting their research in parallel with these approaches, they ultimately hope that the global rollout of large-scale nuclear fusion will soon be a step closer to reality – offering a vital new tool in the urgent goal to eliminate our global emissions of greenhouse gases.

Could compression-based nuclear fusion eventually compete with projects like ITER?

The NIF project is already on the right track. Our nanotechnology improvements to the target, used in combination with various fusion fuels, could in theory increase energy density by a factor of 1,000 or more. As a result, the initial amount of energy required to jump-start the reaction is far smaller. Competitiveness lies not only in achieving ignition (here, ITER has decades of advantage) but also in taming and varying the fusion processes to make the production free from other problems, such as instabilities or energetic neutrons eroding the containment device. Everyone works on such questions – we are trying out some new ideas by connecting nanotechnology with laser-induced nuclear fusion concepts.

In astronomical-sized stars, fusion is a natural process; it is a challenge to create fusion in a giant power plant. It remains to be seen whether table-top or car-engine-size fusion-energy generation belongs to the realms of science fiction or is attainable. I think that, through nanofusion, the latter will be made possible in the future. 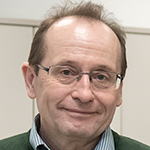 Tamás Biró studied physics at Eotvos University from 1975 until 1980, and received an MSc in physics and biophysics, and a PhD in nuclear physics in 1982. Tamás was vice director of the Institute for Particle and Nuclear Physics at the Wigner Research Centre for Physics, Budapest; now he leads the NAPLIFE project including teams from further Hungarian institutions.