Mast cell tumours and pancreatic diseases are common in dogs but also present to a lesser degree in other veterinary species, including cats and horses. For these and many other diseases of veterinary species, diagnostic methods and criteria were not well characterised and made determination of prognosis difficult. Changing this, with decades of research into the pathology of veterinary diseases, is Dr Shelley J Newman, owner/operator of Newman Specialty VetPath, USA, an independent anatomic pathology consulting business.

Dr Shelley J Newman, owner of Newman Specialty VetPath, USA, is widely known for her expertise in veterinary pathology and education, but in this article, we will spotlight her contributions to the diagnostics of canine mast cell tumours (MCTs) and pancreatitis in dogs, cats, and horses. Since 2000, a large proportion of her work has been performed in conjunction with the Gastrointestinal Laboratory at Texas A&M University, and this continues today, as she is an adjunct professor there, part of the diagnostic endoscopic biopsy service team, and a committee member for a PhD student. Her most cited work surrounds the pathologic characterisation of canine MCTs. MCTs are one of the most common tumours affecting the skin (cutaneous) of dogs of various ages, but with a breed predisposition for Boxers, Boston Terriers, and Weimaraners, amongst others. At diagnosis, most dogs present with a single mass. However, in 3–14% of cases there are multiple masses – and around 50% of these tumours are malignant, especially in older predisposed breeds. Many factors determine prognosis, but the histological (study of tissue) grade of the tumour is most important. Histological examination has always been required for tumour grading, as it helps to more accurately predict their behaviour, something cytology has not yet fully achieved.

During much of Newman’s career, the Patnaik grading system was the only one in use. Newman worked with Dr Patnaik for four years at the Animal Medical Center in NY during the early 2000s. The Patnaik grading system is used concurrently with the newer two-tier Kiupel grading system for histological grading and determining the prognosis of canine MCTs. The Patnaik system classifies canine MCTs into three grades based on various factors, including cellular morphology and invasiveness. Grade I is a well-differentiated MCT characterised by good long-term prognosis, which can be treated effectively by surgery. Grade II is intermediately differentiated. Grade III MCT is poorly differentiated and more likely to spread; this makes surgical control less successful.

Surgery is the treatment of choice for cutaneous MCTs: recommended standard excisions remove 3cm of surrounding tissue to a 1cm depth (one fascial plane deep), often further than the visible edge of the tumour. This standard is to ensure that all abnormal (neoplastic) cells are removed. However, surgery does not guarantee that the tumour will not return. Newman’s research on 16 dogs of various breeds found that a 2cm lateral margin and a deep margin of 1cm resulted in complete removal in 91% of Grade I and Grade II MCTs, confirmed by histological staining. Her results suggested that a 3cm lateral margin removal may therefore not always be required. She concluded that further investigations into surgical margins were needed for high-grade MCTs (Grade III), as using smaller margins for surgery excision could minimise complications associated with large tumour removals. Considerable follow-up studies have since been published by many researchers.

Pancreatitis is one of the most common diseases of the exocrine pancreas in dogs – and a significant cause of
morbidity and mortality.

Newman’s research interests also extend to the diagnosis of pancreatic diseases in various animals, but her primary focus is on dogs. Canine pancreatic disease has been difficult to diagnose due to the lack of highly specific and sensitive tests, although this has been achieved during her career. Pancreatitis is one of the most common diseases of the exocrine pancreas in dogs – and a significant cause of morbidity and mortality. The classification system of pancreatitis in dogs was last updated in 1992 and contained vague definitions of the types of pancreatitis. Chronic pancreatitis is a chronic inflammation that affects surrounding tissues and can permanently damage the pancreas leading to fibrosis (scarring of the tissue). Acute pancreatitis is acute inflammation which causes marked cell death and leakage of digestive enzymes into the surrounding peri-pancreatic fat, resulting in saponification (soap formation), a characteristic histologic change. The latter is also usually associated with abdominal pain.

Few studies reported the histological lesions of dogs with pancreatitis, and no studies until Newman’s sentinel work have evaluated the localisation of inflammation, fibrosis, and necrosis (tissue death) associated with this condition in a large number of dogs. Newman sheds light on these previously unexplored factors in post-mortem studies of dogs in an attempt to create a predictable distribution of lesions. Through her research, the disease process is being better characterised, enabling improvements in the accuracy of pancreatitis diagnosis.

Notably, Newman showed that pancreatitis in dogs displays a random distribution of lesions. She therefore recommends that multiple sections of the pancreas be assessed for necrosis or inflammatory changes both post-mortem and ante-mortem. Newman emphasises the need for a functional grading system for characterising pancreatitis to improve diagnosis and prognosis of the disease, as is it clear from her post-mortem studies that a single biopsy is not sufficient. The development of an improved diagnostic system for exocrine pancreatitis in dogs is now forming the basis of similar research in cats.

To test the sensitivity of serum markers for the diagnosis of canine pancreatitis, Newman assessed thousands of pancreatic tissue samples from dogs, something not previously extensively studied. A variety of diagnostic tests have been trialled for testing trypsin-like immunoreactivity (TLI) as well as serum amylase and lipase levels, which are typically elevated in humans with acute pancreatitis. Since these ground-breaking studies, a canine pancreatic lipase immunoreactivity (cPLI) test has been used more widely by veterinarians due to its increased sensitivity and specificity in the diagnosis of pancreatitis in canines. cPLI can also be used as a biomarker of damage in the pancreas and has been incorporated in survey testing for pancreatitis around the globe. Following assessment of numerous canine pancreatic samples, serum reference ranges were able to be calculated, and the test is available online as a useful aid in canine pancreatitis diagnoses utilising a blood sample.

However, as pathologic lesions are randomly distributed in pancreatitis in dogs, diagnosis via single biopsies is difficult. On the other hand, fine needle aspiration (FNA) results were not well documented. Newman found that the non-invasive FNA for pancreatic sampling produced high-quality cytological samples, enabling their analysis for diagnosis. FNA prevented any significant damage to the pancreas and/or the development of any further complications. This was reflected by the stable cPLI levels. This technique has improved the diagnosis of pancreatitis in dogs and prevented complications or associated injury from more aggressive biopsy procedures.

In a landmark study that aimed to characterise the clinical and histopathological features of chronic pancreatitis in dogs, Newman found that the most frequent symptoms of this diseases were vomiting, diarrhoea, and decreased appetite. She also identified that chronic pancreatitis was more common in older, non-sporting, and neutered dogs, which often had other concurrent diseases, including neurologic or liver diseases.

Pancreatic diseases in other animals

Newman has also investigated pancreatic diseases in other veterinary species, including cats and horses. Cyclooxygenase-2 (COX-II) is an enzyme responsible for producing prostaglandin E2 (PGE2) and this is often overexpressed in neoplastic (tumorous) conditions. COXII is seen to be overexpressed in many human and canine pancreatic adenocarcinomas (a form of cancer). COX-II inhibitors are therefore useful anti-cancer agents effective in both humans and dogs. However, COX-II expression in pancreatic adenocarcinomas was not consistently present in all pancreatic cancers expressed in cats, deeming it less useful as a prognostic marker of pancreatic adenocarcinoma for felines. This inconsistency of COX-II expression suggests that despite the low number of cases assessed, COX-II inhibitor drugs have low potential as a treatment choice for pancreatic cancers in cats – meaning other therapeutic options need to be explored.

Newman emphasises the need for a functional grading system to improve diagnosis and prognosis of canine pancreatic disease.

In horses, pancreatic diseases are rare, but diagnosis is difficult and successful treatment options are limited. Newman found that pancreatic lesions and subsequent disease often present as colic and are often seen with other comorbidities, including liver, gastrointestinal, and endocrine conditions. Equine pancreatic disease was also found to be associated with parasites and grain overload. However, there is a need for further research into equine pancreatitis to gain a better understanding of how it is associated with comorbidities and how it causes death.

Newman has also shed light on cases of aflatoxicosis in dogs caused by food contaminated with the toxic fungus A. flavus. Although rare, Newman found that the 2005–2006 outbreak began with dogs exposed to contaminated dog food in specific geographical locations supplied from a common processing plant. She was able to identify aflatoxicosis in these dogs using liver metabolites, feed analysis, and microscopic evaluations.

Newman has spent many years researching diseases in veterinary animals exploring new techniques and ways in which we can better characterise poorly understood diseases to improve diagnostic techniques. This can be seen by her extensive work in characterising various types of MCTs and pancreatitis in dogs and improving their diagnostic grading system. Newman also has started to extend these findings to other animals, including horses and cats, to better understand the disease processes. Current work by a graduate student at the GI Lab at Texas A&M University is continuing this research. Newman has contributed greatly to our understanding of these diseases and has offered better substitutes for the current techniques used to diagnose certain diseases in animals.

How do you think your discoveries for canine cancer and pancreatitis diagnostics have helped improve treatments?

It is hard to say, because as a pathologist, I can only do my part for the team in hopes of providing accurate diagnoses and as much other prognostic information to allow clinical veterinarians to develop the most innovative treatments for their patients. By identifying molecular targets by immunohistochemistry in certain tumours, treatments aimed at those proliferation markers can be used to slow growth and/or reduce tumour vascular supply, etc. The now common use of cPLI for canine pancreatitis has been a significant contribution to clinical medicine, by establishing the reference ranges in serum to allow for diagnosis of canine pancreatitis, undoubtedly resulting in early intervention and successful treatment in many dogs.

What do you think your greatest achievement has been for veterinary science/medicine/pathology?

I believe being an educator, teaching veterinary students for 15 years as well as training residents as the next generation of pathologists, has had wide impact. Additionally, not being afraid to use comparative skills in one’s approach to patterns of disease and lesions allows differences to form the basis of grading schemes and enhanced characterisation in companion animal species and to form the basis for assessment of new conditions in less well studied species. Both have formed the basis for my nearly 100 journal articles. 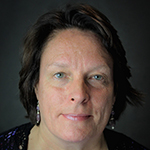 Dr Shelley J Newman is a 1990 graduate and a 1996 anatomic pathology DVSc graduate from the Ontario Veterinary College. She spent her career in the US, where she taught, performed diagnostics, trained residents, and researched in private hospitals and veterinary colleges. The research she is best known for includes veterinary oncologic pathology, immunohistochemical characterisation, and pancreatic disease.

Dr Newman has improved the diagnosis, classification, and treatment of mast cell tumours and pancreatic diseases in veterinary species and contributed to the literature by characterising many new disease processes in exotic species.