Calls for systemic change to Western education systems are growing louder, following seismic social activism over the past few years and the emergence of an increasingly connected and issue-savvy youth. The impacts of the COVID-19 pandemic on education have become the trigger point for change. Chris Green, a specialist in educational reform, says it’s time to turn our backs on the neoliberal constructs that define the current ranking-fixated education system, and devise a more values-based system founded on exploration, moral and ethical rigour, and critical thinking.

It is fair to say that school education was among the sectors most severely affected by the COVID-19 pandemic. In all but a handful of instances, school education requires face-to-face interaction, something national governments discouraged in the face of the virus. As a result, according to the UN, the pandemic impacted more than 91% of students worldwide. Damaging though that may have been for educators and learners, given how schools adapted, it probably accelerated calls for systemic changes in curriculum content design away from an increasingly outdated political and economic policy model. One education specialist says a post-pandemic education system should focus less on rankings, be more values-based, and give energy for curricula integration and teaching based on exploration, moral and ethical rigour, and critical thinking.

Chris Green really knows systems, schools and classrooms; they are in his veins. He has directed educational review and systems improvement for local authorities, private companies, school chains, and government-affiliated agencies in many parts of the world. He is passionate about developing schooling systems that continuously adapt to the needs of their communities, and right now, he says, education systems are disconnected from the emerging global landscapes of social and economic influence and virtual learning. Green writes that these faults can be traced back to Western political and economic philosophies dominant in the 1970s, the seeding of the neoliberal age.

Neoliberalism to sustainability?
In the late 1970s, like the US and much of Europe, England lived in the shadow of significant economic uncertainty. The government of the time reacted by recalibrating education to bring it under firmer control of central government and with greater teacher accountability, to serve the perceived needs of the economy. If Western countries were to remain powerful economic and political forces in the face of aggressive competition, ‘proper’ education was vital. To be ‘proper’, it had to be linked to neoliberal values that emphasised the importance of free-market competition and qualified human progress in terms of sustained economic growth. School students needed to be economically productive outputs.

Change for the ‘common good’ requires education in critical thinking and responsible action.

This ‘educational reform’ therefore linked education planning to economic development. Curriculum development, examinations, and school inspections based around the metrics of accountability and control became the structural norms. This neoliberal education philosophy has gradually spread to emerging countries itching to be influencers in a rapidly globalised world. The results are current education systems characterised by curricula overloading, compartmentalisation, and scoring tactics that rank performance in prioritised subjects. And it’s all marketable. There’s even a neoliberal-friendly phrase for it: the ‘knowledge economy’. The term encapsulates market-driven philosophies of competition, performance measurement, accountability and ranking, unquestioningly accepted as contributing to an acceleration of innovation, better educational outcomes, improved economic gains and wider freedoms.

Powerful forces are placing their shoulders behind the push for a global education metric of world-class schooling. The World Bank and the Organisation for Economic Co-operation and Development (OECD) are among the influential international organisations driving the narrative that education is central to a fierce global race for future economic competitiveness. Many countries have joined the race, for example the Gulf Cooperation Council countries of Bahrain and the UAE. When the UAE launched its National Agenda 2021, it declared education a prime focus for economic development, using OECD performance ranking explicitly. It even pointed to two key metrics saying that, by 2021, the UAE would feature in the top twenty countries in the Programmes for International Student Assessment (PISA) test and in the top fifteen countries in the Trends in Mathematics and Science Studies (TIMSS) test.

Measurements are vital, but such loaded, comparative rankings in education feed an unhealthy competitive conscientiousness in learning that has fuelled ‘market-driven schooling’. The industries of prescribed textbooks, international assessment testing, examination boards, and the privatised agencies of school regulation give impetus to the metrics fixation on performance and profit. While this may serve neoliberal ideals, it has impeded the development of meaningful values-based education, critical qualitative analysis, and social inclusion – moral merits so sorely needed now. Teachers work to secure these merits, often successfully, but many report that they do so against the strategic tide. 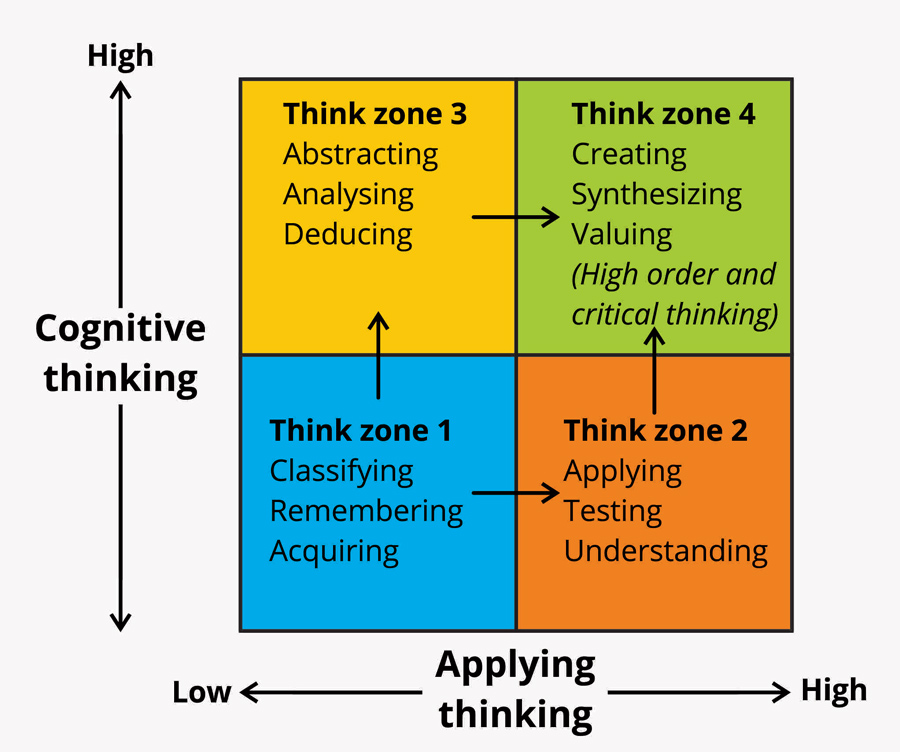 The trigger-point for curricula change
The COVID-19 pandemic arrived on the back of successive groundswells of social activism that surfaced fissures within neoliberal ideals. Social fractures in the US and Europe sparked the global #BlackLivesMatter, #MeToo, and #Why is my curriculum white? movements, driven very much by young people on social media, that demanded governments urgently address ethical social imperatives such as inclusivity, equality, diversity, and identity. It’s fair to say that the current urgencies around tackling climate change have also been driven to a large degree by an increasingly connected and issue-savvy youth. It was this same youth that bore the brunt of the impact of COVID-19 on their education, and the same youth that adapted.

If the values of this youth are broadly incompatible with the anachronistic ideals of neoliberalism, a radical rethink in education is well overdue.

There is an emerging sense that the education ‘new normal’ brought about by the COVID-19 pandemic provides an opportunity for much-needed transformational change. That change will need to reflect the evident religious, moral, social, and cultural shifts currently underway. A firm emphasis on learning through thinking skills is important to bring objectivity and more honesty in communication. It is through thinking laden with human values that we develop empathy, courage, resilience, altruism, peace, generosity, and justice. Ask yourself if those values align with the neoliberal traits currently embedded in school curricula-instructional design.

However, a ‘moral education’ doesn’t come pre-packed as a subject add-on or a tweak to specific teaching units. Instead, it requires a deep, conscious focus on values throughout every aspect of a school’s work. It needs to be systemic, not a compartmentalised addressing of failures within the curricula. Much quasi-political resistance can be anticipated. Critics will argue there is simply too much complexity in the system for dramatic change. There is some truth to that. With so many separately taught, ‘quantitatively’ assessed and ‘valuably-ranked’ subjects crowding the curriculum, timetables have become tightly inflexible. Leaders feel too impeded by the tyranny of metrics to drive transformational change.

Guidance and models for change
If there is a guiding light for curricula redesign, it sits in the UN’s 2030 Agenda for Sustainable Development. This states that by 2030 all learners should acquire the knowledge and skills needed to promote sustainable development and sustainable lifestyles, including human rights, gender equality, promotion of a culture of peace and non-violence, global citizenship, and appreciation of cultural diversity. This requires people to be educated in how to think critically about the knowledge and experiences that shape their lives; and importantly, how to apply that thinking from a decent values base in whatever strata of community they belong. This may seem utopian, but ideals are not impractical – change models currently exist in many good schools.

A ‘moral education’ doesn’t come pre-packed as a subject add-on or a tweak to specific teaching units.

So where to start? Educational theory basically consists of two major components: ‘what to learn’ – curriculum and knowledge; and ‘how to learn’ – instruction and teaching. Well-known curriculum-instructional models bridge subjects, explore cross-curricular commonality, and encourage thinking and values-based learning. Scaffolding is already widespread in bringing together the essentials of curricula objectives and pedagogy. For example, a search of the Internet reveals that thousands of schools have re-worked Bloom’s taxonomy of human cognition and translated these into thinking zones of ‘rigour’ and ‘relevant application’.

For students, such scaffolding helps them to recognise and use their cognitive levels of thinking in practice. For adults and teachers, the scaffolding is about: 1) designing teaching for flexible, differentiated learning; 2) collaborative evaluation (rather than ranking results from commercial examinations and tests); 3) using evaluations to aid students’ transition from dependency to independence; and 4) adjusting support (from adults and peers) throughout transitions.

Frameworks exist that can clearly liberate moves towards a morally responsible curriculum and more open and honest instructional design. Schools have shown themselves able to innovate judiciously, for example by adapting through the COVID-19 lockdown; attitudinal inertia at the level of ‘commercial’ systems is the main problem.

The term ‘rapidly-changing world’ may seem trite, but it’s increasingly difficult to argue that the current education system in most countries is still fit for equipping young people for what awaits them. The groundswells of public activism over the past few years are evidence of a moral shift, especially in young people’s thinking. These highlight an overdue need for politicians and educators to critically examine the authenticity, relevance, and quality of current curricula and instructional designs, and ask themselves whether these represent what young people need or whether they are relics of another time.

An era for ethical school self-evaluation based on chosen value-based content and practice, controversial as that may be, appears to be dawning well beyond the metrics of neoliberalism currently embedded. Normalisation based on replacing judgements acquired by personal experience with numerical indicators of performance from dubious algorithms is passed. New normalisation is required that assures the public that schools are actually carrying out their true purposes.

‘Market-based illusions have seemingly inhibited relevant curricula design and honest approaches to assessment, teaching and learning for too long,’ Green concludes. Reconfigured value-based designs with relationships at their core are overdue.

You’re calling for systemic change. That will take time, so where is a good place to start?

Yes, it will take time. Schools themselves have demonstrated great dexterity in adjusting to the challenges of teaching and learning key curriculum objectives and instructional concepts drawn together in blended styles. In response to the contemporary demands of a ‘savvy youth’, for me the starting point is understanding the current limitations of the market-driven normalisation of schools and exploring the possibilities of fresh, but existing, approaches more honestly to provide for the common good.

Green, C, (2021) Consequences of neoliberal traits in curriculum design; English influences and the implementation of moral education in schools in the United Arab Emirates. Globalisation, Societies and Education. doi.org/10.1080/14767724.2021.1993150 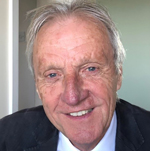 Rethinking current education paradigms and promoting a system based on values, inquiry, analysis, and critical synthesis.