Physical Sciences
The modern world is constantly hungry for new materials with properties optimised for their applications. Designing them is no trivial task and often relies on computational modelling to test whether new material structures are feasible. Dr Aleksandr Pishtshev and Evgenii Strugovshchikov from the University of Tartu, Estonia and Dr Smagul Karazhanov from the Institute for Energy Technology, Norway have been using modelling and crystal structure prediction to discover some particularly exotic yttrium oxyhydride compounds with unusual electronic and optical properties.

We come across sophisticated materials design almost every day. Many will be examples of high-performance materials with their chemical structures intentionally tailored to the job at hand. From exercise clothing designed to be breathable and antibacterial to car tyres designed for maximum grip, all of these are examples of materials design.

Another example of very sophisticated materials design can be found in our computers. In recent years, there has been a great deal of research effort to find materials with suitable properties for use in electronics chips. This is because, while computational power has been able to increase year on year by making chip designs smaller and smaller so more can be squeezed in, we have now reached the limit of what can be achieved by miniaturisation of silicon-based chips alone.

One of the proposed routes for circumventing this bottleneck is to use light to carry and transmit information, rather than electricity. This is how fibre optic cables, which are quickly becoming one of the main ways of carrying internet connections, work. Pulses of light can be coded to contain information to transmit and receive signals at very high speeds with very little losses.

This fundamental understanding of the interactions that govern the stability of the material is crucial for guiding efforts on how best to create new materials.

Fibre optic cables are not the only area of interest for materials with the ability to manipulate light. Materials with special properties to change the properties of light in other ways to build light-based circuits and store information are also of great interest. Dr Aleksandr Pishtshev and Evgenii Strugovshchikov from the University of Tartu, Estonia and Dr Smagul Karazhanov from the Institute for Energy Technology, Norway have been working together to predict the structures and understand the behaviour of new, chiral materials for such applications using crystal structure prediction approaches.

Chirality: a handedness problem
A chiral molecule or material has a structure that means that, if it were to be reflected in a mirror, the reflected structure would not be superimposable to the original one. Our hands are a natural example of chiral structures. No matter how you contort, twist and turn, your left hand could never look exactly like your right one.

While they are often difficult to make, chiral materials have an interesting effect on light. Light is an example of an electromagnetic wave, so it is made up of an oscillating electric and magnetic field. The relative orientation of the electric field with respect to a given frame of reference is known as the polarisation of light, and certain materials can be used to shape this. When light passes through a chiral material, it becomes circularly polarised where the direction of the electric field follows a spiral motion over time.

Dr Karazhanov and his collaborators have been particularly interested in a family of materials based on yttrium – an unusual element that is often found in the materials for solid state lasers, light-emitting diodes and in synthetic garnets. What the team have focused on are yttrium oxyhydrides – solid materials which often show chiral properties, but which are difficult to synthesise.

Guiding the lab
By using computational approaches, Strugovshchikov and the team have been able to explore different chemical compositions of the hydrides with more or less oxygen and different crystal structures, where the same atoms are arranged in different geometries. As they have the ability to screen hundreds of potential compounds to identify which of these are likely to be stable and feasible to make, this can reduce the amount of time spent in the laboratory producing such compounds, as many may simply be too unstable to exist. Oxyhydride compounds such as Y4H10O (P-43m) and the three phases of YHO (Pnma, P-43m and F-43m) have been theoretically predicted by the research team before they were synthesised in laboratories.

The simulations the team are using for the crystal structure prediction for yttrium oxhydrides also allow them to explore the physics and interactions within the material, not just its overall stability. From this, Dr Pishtshev and his co-workers have been able to identify that the key factor governing the stability of a possible material was the interaction between the positively charged ions (cations) and the ligands present. This fundamental understanding of the interactions that govern the stability of the material is crucial for guiding efforts on how best to create new materials and refine existing ones.

The simulations the team are using for the crystal structure prediction for the yttrium oxhydrides also allow them to explore the physics and interactions within the material.

From this knowledge, as well as tuning the degree of oxidation of the yttrium system, the team could explore the stability of derivatives of the material. This included looking at structures containing different metal ions, such as scandium, lanthanum and gadolinium that they showed were also stable and could be combined with three different negatively charged anions, vastly increasing the number of possible materials that could be created. Having a larger library of compounds to choose from makes it possible to find combinations of elements to produce materials with exactly the right properties for the application.

Light breathing
One yttrium complex, yttrium dihydride, becomes suddenly transparent and acts as an insulator when it is exposed to air and uptakes oxygen into its structure. If the newly formed yttrium oxyhydride is then exposed to light, it will once again darken in a reversible process. As the lattice of the material has to expand to accommodate the oxygen, this process is known as ‘light breathing’ and Dr Karazhanov and his colleagues have been working to try and understand what causes this effect and how it could be harnessed for switchable properties in the material.

There have been many experimental observations of how this light breathing process changes the properties of the yttrium complex, including affecting its hydrophobicity. While the presence of light was necessary to make the switching take place, through the computational models Dr Karazhanov was able to show the reason the process was much more efficient in air was because full bleaching of the sample requires the uptake of sufficient oxygen levels. They were able to pinpoint how the oxygen would diffuse through the lattice until it reached the binding sites and for the yttrium hydride lattice to expand.

Conclusion
Computational modelling approaches that can understand the behaviour of individual atoms in a material are an incredibly powerful tool for predicting and designing new materials, as well as understanding their functionality.

What do you think will be the main applications for yttrium-based materials?

<> It was found that ytrium oxyhydrides change their optical transmission under illumination with visible light at ambient conditions, attracting the attention of the scientific community for their potential applications in next generation of photochromic coatings (smart windows) and optoelectronic devices (gas sensors). From our theoretical analysis follows that predicted yttrium oxyhydrides exhibit unusual elastic, electronic and optical properties, high electromechanical responces, as well as strong optical nonlinearity. Thus, the given systems can be an effective approach to design of high-performance random-access memory, nonlinear optical devices, high sensitivity sensors and actuators, and nanosized ferroelectric tunnel junctions. 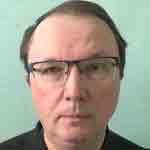 Dr Aleksandr Pishtshev is a leader of the Materials Modeling Group at the Solid State Theory Laboratory of the Institute of Physics, University of Tartu. He is a condensed matter theorist interested in materials discovery, defect modelling, structure-property relationships, and phase transitions and critical phenomena. His research focuses on using quantum chemical and mathematical methods to develop effective theoretical models of next-generation materials for innovation in quantum optics, ecology, and biomedicine. 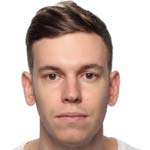 Evgenii Strugovshchikov is a final year PhD student at the University of Tartu. E. Strugovshchikov is working on computational and theoretical modelling of condensed phases of rare-earth metal oxyhydrides with a focus on the manipulation of composition and local environment to control structure and properties at the atomic scale. His research interests include fundamental aspects of mixed-anion chemistry in solid media. E. Strugovshchikov holds a master’s degree in Materials Science from National Research Nuclear University MEPhI, Moscow. 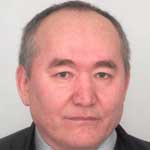 Dr Smagul Karazhanov has studied at Karakalpak State University, Nukus, Republic Karakalpakstan, Uzbekistan. He has obtained his PhD degree (1993) and Dr Habil degree (2001) in physics and mathematics in the Institute of Physics and Technology, Tashkent Uzbekistan. He is working at the Institute for Energy Technology, Kjeller, Norway since 2007. His research interest includes materials science, solar energy materials and solar cells, chromogenic materials and devices, and artificial photosynthesis.

The research group develops possible pathways of how oxygen atoms can be added to an yttrium hydride system.

Dr A. Pishtshev was supported by the Estonian Research Council grant PRG 347. E. Strugovshchikov acknowledges the support from the European Regional Development Fund. Dr S. Z. Karazhanov has received funding from the Research Council of Norway through project 309827. Computational work has been performed by using the Norwegian NOTUR supercomputing facilities through project nn4608k.