Health & Medicine
Professor Jørgen Jahnsen and PhD student Kristian Espeland of Akershus University Hospital and University of Oslo are responsible for a new clinical trial which aims to improve symptoms and control the inflammation of Crohn’s disease using Gliolan medication in combination with blue-light photopheresis. This approach will selectively cause the death of pro-inflammatory cells which contribute to the inflammatory bowel disease, whilst showing minimal short- and long-term side effects.

The exact cause of Crohn’s disease is unknown, but there are several factors hypothesised to be involved, including genes, autoimmune responses to the body’s tissues, previous gastrointestinal infections or an imbalance in the gut bacteria. The underlying pathology of Crohn’s disease is a T-cell-mediated response (T-cells are important for the activation of immune cells), characterised by an overproduction of pro-inflammatory components, i.e. activated hyperproliferative T-cells. The effects of these pro-inflammatory cells may overpower the anti-inflammatory effects of other immune cells with regulatory function, leading to uncontrolled inflammation and gut symptoms. 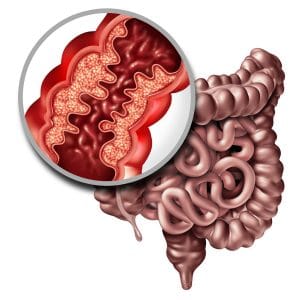 Management of Crohn’s disease
Symptoms vary dramatically between individuals and usually start in childhood or early adulthood, but generally consist of diarrhoea, abdominal pain, bleeding and weight loss due to malabsorption of nutrients and decreased appetite. The symptoms may be constant or may flare up during episodic events. There is also a risk of further complications requiring surgery, such as the development of intestinal strictures and fistulae.

The Harvey Bradshaw Index (HBI) is often used to quantify disease activity in CD based on symptoms and clinical signs and includes five factors: number of loose bowel movements, degree of abdominal pain, general well-being, presence of abdominal mass, and complications. In addition to assessing disease activity indices, the bowel inflammation can be evaluated by endoscopic examination and/or measuring objective markers of inflammation such as faecal calprotectin and C-reactive protein.

One promising technology for the treatment of T-cell-mediated diseases, such as Crohn’s disease, is extracorporeal photopheresis (ECP) technology.

The current goal of treatment is to induce and maintain remission whilst minimising side effects from the drugs and allowing time for the tissue in the gut to heal. This is most often achieved using immunosuppressive and/or biological drugs, but these are not effective in all patients. Furthermore, there are risks involved with long-term use of these medications. Therefore, there is an urgent need to develop alternative therapies for CD, particularly for patients who are dependent on steroids, or who have a disease which is nonresponsive to available treatments.

Professor Jørgen Jahnsen and Kristian Espeland of Akershus University Hospital and the University of Oslo are hoping to provide one such therapy.

Principles of photopheresis
One promising technology for the treatment of T-cell-mediated diseases, such as Crohn’s disease, is extracorporeal photopheresis (ECP) technology. Indeed, a previous publication in 2015 reported positive results from using ECP in patients with Crohn’s disease. The process of photopheresis starts by withdrawing blood from the patient. Next, the white blood cells are separated from the red blood cells. These white blood cells are treated with a chemical which makes them photosensitive, before being exposed to UV irradiation. Once they have been irradiated, the cells are returned to the patient.

The exact mechanisms by which this process is clinically effective is not yet fully understood. It is thought that the photosensitisation agent induces T-cells to become apoptotic, or self-destructing. These dying cells are taken up by other cells in the immune system and, along with the chemicals released as a result of the process, increase the activity of regulatory immune cells. Ultimately, ECP seems to dampen down inflammation without lowering the body’s immunity against other infections, resulting in better long-term outcomes for patients.

However, a major disadvantage of this approach is that it kills both diseased and normal cells after UV light exposure. Thus, there is an urgent need for a non-toxic, selective and more effective alternative.

One such alternative, which will be used by the investigators, is a two-step process called BLUE-PIT. This process uses a drug called Gliolan, which is often employed to visualise tumours prior to surgery as it causes them to glow fluorescent red. Gliolan leads to the accumulation of protoporphyrin IX (PpIX), a potent photosensitizer, in hyperproliferative cells, such as the activated T-cells in Crohn’s disease. Blue light (405 nm) is the most effective wavelength for PpIX activation which consequently induces apoptosis, mainly in activated T-cells. The treated cells are transferred back to the patient and can induce further, secondary immune responses.

Evidence from preclinical trials
Prof Jahnsen and his team have already undertaken preclinical trials to support this new project. The findings of these trials suggest that hyperproliferative T-cells produce about 15-fold more Gliolan-induced PpIX than normal T-cells, meaning that they are selectively destroyed after light irradiation, leaving normal immune cells undamaged. There is also a reduced risk of carcinogenesis (cancer formation) and an increased likelihood that the therapy will induce an anti-Crohn’s disease immune response.

Ultimately, ECP seems to dampen down inflammation without lowering the body’s immunity against other infections, resulting in better long-term outcomes for patients.

Blue light has been demonstrated to be more efficient than other wavelengths at inducing apoptosis in T-cells, and ECP appears to be well tolerated and have fewer side effects than traditionally used immunosuppressants. Furthermore, as Gliolan will only be given once per treatment, this reduces the potential for side-effects and the visible blue light source has not shown any toxicity after exposure.

Using a one-day treatment, which appears to be as effective as the standard two-day treatment, will greatly reduce costs as well as the burden for patients. Both these factors will make the therapy more attractive for healthcare providers and patients alike.

The study
The study proposed by Prof Jahnsen is running from September 2019 until February 2022. The study is a proof-of-concept pilot with ten included patients, where every patient will get active treatment. The use of Gliolan in combination with blue-light photopheresis is a first-in-human trial.

The investigators will assess efficacy, safety and tolerability after single and multiple doses of Gliolan in combination with blue light photopheresis in patients with active Crohn’s disease. All patients will undergo treatment every two weeks for ten weeks with evaluation at week 13. If any effect is observed during week 13, the study is eligible for an extension for up to 12 months.

Primary endpoints include clinical response as measured by a reduction of three or more points in HBI score. This reduction in symptom score must ideally be sustained after treatment. Safety and tolerability will be monitored through frequency, seriousness and intensity of adverse events.

Secondary endpoints include endoscopic improvement, quality of life questionnaires, faecal calprotectin, C-reactive protein, and mechanisms of action (differences in T-cells and other cells before and after treatment). The researchers will also be looking for clinical remission throughout the study.

The overall aim of the study is to investigate whether this kind of photopheresis is safe and presents an option for a larger randomised controlled trial in the future. In addition, Prof Jahnsen and his team will consider whether photopheresis provides potential therapeutic benefits for other diseases, such as other T-cell-mediated diseases or patients already receiving photopheresis as a treatment.

Future implications
Although there are some risks associated with the study, Prof Jahnsen believes the risk-benefit ratio is large enough to make the study worthwhile. If there are improvements to symptoms experienced by patients with Crohn’s disease, in addition to the therapy being safe and tolerated, this supports further studies being done in the future. Living with IBD may negatively affect patients’ health-related quality of life, therefore therapies to manage symptoms have benefits for physical and mental health. Validation of a new, clinically and financially viable therapeutic has the potential to improve the quality of life for the three million people in the USA and Europe in addition to millions of others worldwide living with Crohn’s disease. 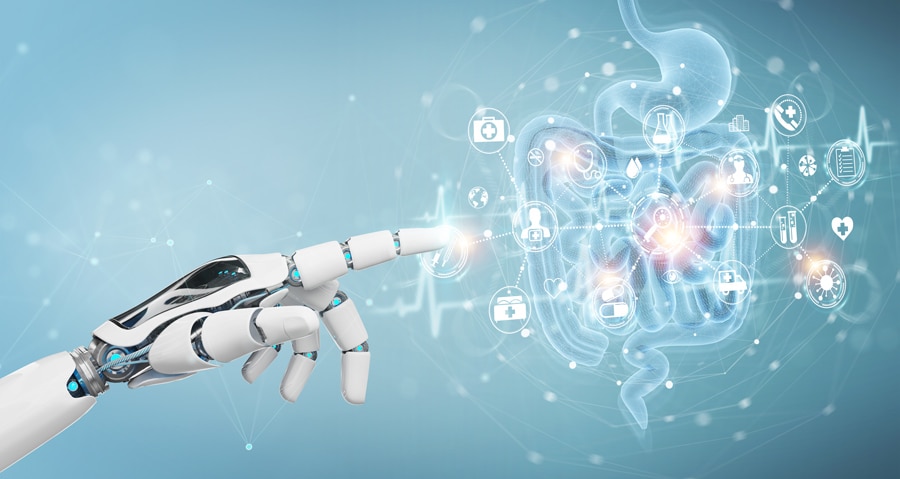 What is the most promising result so far?

<>It is far too early to conclude after one patient. What we have seen is that Gliolan-based photopheresis is a clinically feasible procedure, and that the treatment seems safe. We look very much forward to include more patients and maybe try the treatment on other diseases in later studies, for example other immune-mediated disorders such as rheumatic (rheumatoid arthritis, psoriatic arthritis, ankylosing spondylitis) and skin diseases (psoriasis). All diseases where conventional photopheresis works might have an effect by using this Gliolan-based photopheresis with blue light. 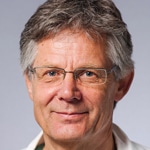 Jørgen Jahnsen is professor of medicine and gastroenterology and holds a PhD on bone metabolism and body composition in inflammatory bowel disease (IBD). He has broad research experience in the field of gastroenterology. National Coordinator (NC) of several phase II/III clinical trials. Principal Investigator (PI) on the project. 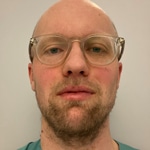 Kristian Espeland is a PhD candidate at the University of Oslo and Sponsor Principal Investigator (SPI) on the project.