Wound healing is highly regulated, but oxidative stress (OS) can disturb this healing process in chronic wounds. To better understand the process of initiating chronicity, Dr Manuela Martins-Green and her colleagues at the University of California investigated the impact of increased OS levels on wound healing by stimulating chronic wound development in a diabetic mouse model. The team provides insight into new ways we can approach the treatment of chronic wounds, especially in patients with diabetes.

Wound healing is a highly regulated process that involves many overlapping events. Upon wounding, homeostasis must be achieved to prevent blood loss and microorganism entry into the bloodstream. To do this, blood vessels will constrict, thereby decreasing blood flow, and platelets are released at the site of injury to help clot formation. During clotting, platelets release chemical messengers, including growth factors and cytokines, to attract neutrophils (a type of white blood cell) to the wound site. After clotting, blood vessels dilate, promoting the flow of oxygen, nutrients, and various other immune cells, primarily white blood cells. Neutrophils release proteolytic enzymes that break down protein and simultaneously release reactive oxygen species (ROS), resulting in oxidative stress (OS), which kills invading bacteria. This, in turn, encourages inflammation which is critical in wound healing. During inflammation, neutrophils come to the wound site as the first order of defence and kill microbes. They are then followed by monocytes, another type of white blood cell, which enter the wound and differentiate into pro-inflammatory macrophages that promote the clearance of bacteria, dead neutrophils, and other cellular debris by phagocytosis (a cellular clearance mechanism). The process also promotes growth factor and cytokine release, which is imperative for rebuilding new tissue.

Wound closure begins with re-epithelisation (regrowth) of the outer skin layer called the epidermis. Here, skin cells called keratinocytes multiply and migrate over the wound. The layer of skin beneath the epidermis (granulation tissue) is then assembled by surrounding endothelial cells and fibroblasts. Angiogenesis, the process of new blood-vessel formation, plays a crucial role in wound healing by supplementing the healing tissue with nutrients and oxygen flow. Finally, after wound closure, tissue remodelling begins by removal of excess tissue.

Oxidative stress
Chronic wounds begin to form when the process of healing is disturbed. Poor vascularisation and blood flow to tissue inhibit wound healing, and this leads to tissue breakdown, infection, and ulcer development. Patients with certain conditions, including diabetes, are susceptible to developing diabetic foot ulcers, a type of chronic wound. Bacterial biofilms, a resistant layer of bacteria formed in/on the wound tissue, are common in diabetic foot ulcers and prevent healing. In some instances, this can result in lower-limb amputation to prevent the spread of the infection.

Chronic wounds often contain elevated OS levels, which are caused by a chemical imbalance within the tissue. In the body, OS exists as either ROS or reactive nitrogen species (NOS). At normal levels, OS is critical for creating an environment for healing. However, excessive OS can disturb the wound-healing process. OS often accumulates in tissue due to a lack of detoxifying antioxidant enzymes. OS accumulation can cause significant cellular damage, including DNA strand breaks that can alter the function of produced proteins – and in the worst-case scenario, cause tissue damage through irreversible cell death. Increased OS levels also result in a stronger and sustained inflammatory response, hence prolonging healing. Interestingly, supplementing antioxidants to chronic wound sites has been shown to be effective in supporting wound healing.

Considering this, Dr Manuela Martins-Green and colleagues at the University of California investigated the metabolic signalling pathways involved in initiating chronicity in wound tissue. The team used diabetic mouse models to shed light on the processes and events during chronic wound development.

Oxidative stress and chronicity
To increase OS levels and generate chronic wounds, diabetic mouse models were treated with inhibitors of GPx and catalase (antioxidant enzymes). Wound tissue was collected from the models at six, 12, 24 and 48 hours post-wounding. Martins-Green and her team employed the NanoString NCounter Mouse Metabolic Panel of 748 genes to measure gene expression within the first 48 hours of wound development. Using weighted gene correlation analysis (WGCNA), the researchers identified meaningful targets in signalling pathways by segregating genes with a similar expression.

At six hours post-wounding, various pathways were identified, including the PTEN regulation pathway. Proteosome subunit beta type 10 (psmb10), a modulator of PTEN stability, was significantly underexpressed in chronic wounds. It indicates that PTEN was not degraded properly, which is vital to the functionality of the pathway. PTEN negatively regulates the PI3K pathway, which is activated upon injury and stimulates factors called AKT1 and Nrf2. Nrf2 is a transcription factor responsible for decreasing OS by stimulating the expression of antioxidant enzymes.

These findings suggest that with PTEN present, PI3K will be suppressed and not activate AKT1 and Nrf2, which are critical in the healing. To support these findings, NADP oxidase 4 (NOX4), a transcription factor which decreases Nrf2 activity, was also overexpressed. As a result of high ROS levels, hydrogen peroxide (H202) can build up, which in presence of iron ions or nitrous oxide form radicals that damage proteins, lipids and DNA, eventually causing cell death. The researchers propose that an Nrf2 activator to promote OS removal could be useful in chronic-wound treatment during the first 24 hours after debridement (wound treatment).

Pro-inflammatory lipids and chronicity
Interestingly, lipid-derived pro-inflammatory peptides were found to be significant throughout chronic wound development. Six hours post-wounding, pathways enriched with genes involved in arachidonic acid (AA) metabolism were identified. AA is a polysatured fatty acid present in cell membranes. It is used in the assembly of many pro-inflammatory signalling lipids. Upon injury, AA is released as a fatty acid from the membrane, which initiates many downstream events and ultimately triggers inflammation and increasing vascular permeability. Enzymes involved in AA metabolism and subsequent inflammation were also overexpressed during the first 48 hours of healing. Furthermore, previous studies revealed that metabolites released from AA degradation are significantly elevated in impaired wound healing. The researchers demonstrated that pro-inflammatory lipids may need to be taken into consideration for treatment of chronic wounds and suggest that non-steroidal anti-inflammatory agents could be helpful.

This research could be important in the treatment of chronic wounds, especially in patients with diabetes.

At 12 hours post-wounding, the ‘Catecholamine biosynthesis’ pathway was enriched with genes associated with chronicity. Catecholamines – hormones produced by the adrenal gland including adrenaline and dopamine – bind to beta-2 adrenergic (β2AR) receptors on keratinocytes, neutrophils, and macrophages. Previous studies demonstrated that keratinocyte exposure to adrenaline impairs wound epithelisation and increases the prolonged infiltration of macrophages and neutrophils at the wound site, delaying healing.

Moreover, IL-6, a pro-inflammatory cytokine, was overexpressed in early wound stages, indicating increased inflammation in chronic wounds. However, IL-6 is downregulated at 48 hours post-wounding. Downregulated IL-6 at this stage of wound healing can cause an imbalance of pro-inflammatory macrophages (M1) and anti-inflammatory macrophages (M2), as IL-6 plays an essential role in their regulation. During chronic inflammation, the lack of IL-6 results in a defective activation of M2 macrophages and promotes a pro-inflammatory environment, preventing healing and formation of granulation tissue. These findings suggest that an adrenaline inhibitor to encourage wound healing and closure could be useful during the first 24 hours after wounding. In addition, an IL-6 supplement could be given to encourage M2 activation in chronic wound healing.

Hypoxia and chronicity
After injury, blood vessels are damaged, causing insufficient oxygen (hypoxia) at the wound site. As a result, the cell uses glycolysis, an ineffective energy-producing process which uses glucose to generate ATP in the absence of oxygen. However, in chronic wounds, ATP-producing metabolic pathways (including glycolysis and oxidative phosphorylation) were downregulated, leading to insufficient ATP production. Interestingly, by 48 hours post-wounding, metabolic-pathway enzymes, including enzymes used for glycolysis, were underexpressed in chronic wounds, leading to the cell’s energy being compromised and resulting in increased cell death. Additionally, AK1, a regulator of ATP production, was significantly downregulated throughout six to 48 hours post-wounding. Downregulation of AK1 and glycolysis enzymes means there is a lack of ATP-generating processes, contributing to the wound inability to support normal cellular function and initiate sufficient healing. Therefore, the research group propose that a diet rich in energy-providing foods would benefit the healing process.

In normal wound healing, hypoxic conditions stabilise hypoxia-inducible factor 1 alpha (HIF1α) in a complex with hypoxia-inducible factor 1 beta (HIF1β). This complex stimulates genes, including TGFβ, VEGF and PDGF, that promote angiogenesis and granulation-tissue formation. These processes are imperative for tissue healing. In chronic wounds, HIF1α is downregulated due to hyperglycaemia (high glucose levels), meaning the HIF1 complex does not form. Angiogenesis and subsequent tissue formation are therefore not achieved. Interestingly, HIF3α, a protein that inhibits the action of HIF1α, is overexpressed at six, 12 and 24 hours post-wounding, resulting in no angiogenic response or growth related to healing. Angiogenesis is also regulated by an inhibitor called thrombospondin 1 (Thbs1), found to be significantly overexpressed in chronic wounds. This results in prolonged inhibition of angiogenesis. The fibroblast growth factor (FGF1), also a stimulator of angiogenesis, was significantly downregulated at 48 hours. These findings suggest that healing and angiogenesis processes are impaired. The researchers propose that an inhibitor of Thbs1, a HIF1α activator and supplemented proangiogenic factors, including VEGF and PDGF, could be useful in treating chronic wounds at 24 hours post-wounding to stimulate angiogenesis and promote new tissue formation.

Overall, the wound-healing process in chronic wounds is highly dysregulated. The research group highlight that high levels of OS and inflammation are critical for the development of wound chronicity. They provide a new approach to the treatment of chronic wounds by shedding light on the processes which occur during the initiation of wound chronicity. This research could be increasingly important in the treatment of chronic wounds, especially in patients with diabetes.

A new strategy for the treatment of chronic wounds was last modified: June 22nd, 2022 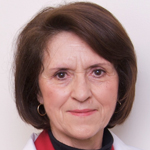 Dr Martins-Green is Full Professor at UC Riverside (UCR). She is a Fellow of AAAS, won both the Distinguished Service Award and the Innovative Teaching Award for UCR, has served the Academic Senate at UC in many capacities, including as Chair of the Academic Senate at UCR, and has recently received several other awards for her research and mentorship of students. Her research focuses on response mechanisms to injury caused by mechanical wounds, burns, toxins or tumours, and on normal and abnormal healing. Her research has been funded by NCI, NIGMS, NIAID, AHA, and TRDRP. 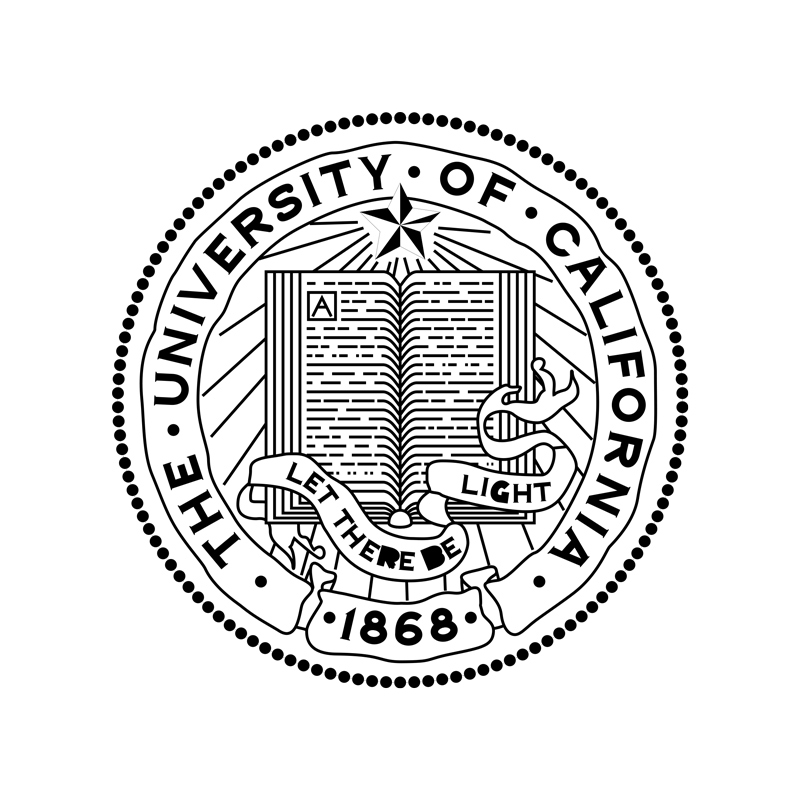