Engineering & Technology
Engineers at Alloyed, Professor Roger Reed, Dr Roger Reed and colleagues at the University of Oxford, have developed new robust superalloys that can be used in additive manufacturing – otherwise known as 3D printing. Their 3D printed superalloy objects can be as strong as those made using standard techniques, a breakthrough that could transform the efficiency of some of our most complex manufacturing processes.

From jet engines through to the cores of power stations, much of the advanced machinery that we rely on can get hellishly hot. Within these fiery spaces, fine control is required, and the components used to maintain this control are made of fantastically durable materials. One such group of materials are nickel-based superalloys. Such robust materials are, unsurprisingly, difficult to manufacture and to manipulate into the precisely shaped components needed in advanced machines. Such production processes are lengthy, costly and can be highly wasteful. Research carried out by Alloyed Ltd. with Professor Roger Reed and Dr Yuanbo Tang at the University of Oxford looks set to change that, by making it possible to 3D print superalloys directly into precision components.

The standard methods of manufacturing superalloy products have changed little, in principle, since the metalworking of classical antiquity. Molten material is poured into a silica mould and, once cooled, the final shape is normally achieved by machining – scraping and chiselling away parts of the moulded block. This is wasteful and time-consuming; in fact, in standard forms of superalloy manufacturing ‘only about 10% of the superalloy ends up as finished goods’.

3D printing
Additive manufacturing, or 3D printing, offers a modern and more efficient approach. It works by building up an object layer by layer, and can be used to make very complex, precise shapes without wasting excess material. When 3D printing with alloys, each layer is first added as a thin covering of powder (containing grains of the several compositional elements) which is then flash-melted by a laser, fusing the grains together. This could enable the factory production of precision components, such as those used in jet engines that are currently produced through inefficient moulding and machining.

In standard forms of superalloy manufacturing ‘only about 10% of the superalloy ends up as finished goods.’

However, 3D printing using common superalloys, known as ‘legacy’ superalloys, has so far been unsuccessful. Excessive deformities and imperfections, including cracks and pores, appear in printed components throughout the printing process, compromising the strength of any component made this way.

Pioneering the manufacture of superalloys
The chemical compositions of legacy superalloys are optimised to create a sturdy object at the end of a lengthy process of moulding and cooling, or else from a series of extensive thermo-mechanical working and machining, which is radically different from the rapid heating and cooling that comes as a result of laser-melting. Indeed, as the laser fuses each layer to its surroundings in 3D printing, different parts of the newly-formed surface will exist simultaneously in all four states of matter (solid, liquid, vapour and plasma). The enormous gradients of temperature, between the molten layer being printed and the solidified layers below, and the rapid cooling that takes place once each layer is laid down, can crack and distort the fine crystal structure required to give the resulting alloy its super properties. Indeed, it is this precarious stage of additive manufacturing, where the material is strained by vast gradients of temperature, that is the bottleneck of developing high-quality printed alloys.

A project led by Alloyed and funded by Innovate UK brought together researchers from Oxford University, including Dr Yuanbo Tang, Professor Roger Reed, Dr C. Panwisawas, J. Ghoussoub and Professor D. McCartney, and engineers from Alloyed Ltd including Dr A. Nemeth, Dr J. Clark, and Dr D. Crudden. The team pioneered a new approach to manufacturing superalloys by 3D printing. Rather than looking at ways to force legacy alloy materials to be printed, the team looked at designing a new alloy whose material properties would instead be optimised to go through the additive manufacturing process and come out with the strength of traditionally machined legacy alloys.

‘Alloys-by-design’
The methodology used by the researchers to search for such alloys is called ‘alloys-by-design’ (ABD), a process of computational modelling pioneered by Professor Roger Reed at the University of Oxford. With their method, over ten million different elemental compositions of alloy were tested, exploring the relationship between a material’s compositions and its material properties to find potential superalloys that could withstand the 3D printing process.

Properties that are vital for high performance superalloys that were prioritised in this search include resistance to creep (the slow deformation of a material subject to stresses and high temperatures over a longer period of time) and different modes of cracking (critical defects that occur during fabrication). To optimise their designed alloy for printing, these two properties were balanced with the need for a small range of freezing temperatures, which reduces the tendency of cracking and deformation resistance at extreme service temperature.

The modelling identified a small range of potential alloy compositions over which these properties were predicted to be well-balanced. Materials with this composition were forecast to have the desired qualities of a superalloy as well as being printable. The researchers went on to physically test one of these alloy candidates, which they named ABD®-850AM.

Testing
To carry out these tests, the team printed out small test blocks of the new alloy, as well as blocks made of two long-established and widely-used legacy superalloys for comparison (these were the alloys known as CM247LC and IN939).

The first test was a comparison of flaws that had accumulated in the different alloy blocks during manufacturing. Surface cracks were identified using an optical microscope, while the team also used a scanning electron microscope to analyse the ‘microstructure’ of the test blocks (the microstructure of the materials refers to how groups of atoms in the material have arranged together, for example in layers, crystals, or grains, and gives an indication of how the material will behave in extreme temperatures and under strong forces). These investigations revealed that, as expected, the legacy alloy blocks had accumulated numerous cracks and flaws during the printing process, while the ABD®-850AM blocks were ‘largely defect free’.

This technology paves the way for printed components to be used in a variety of demanding, high-performance machinery.

They then tested the performance of the three printed alloys when subjected to external forces at a range of temperatures, from ambient up to 1,000°C. It was seen that printed blocks of ABD®-850AM had similar performance to legacy superalloys until very high temperatures towards 1,000°C. The researchers believe that certain properties that optimise ABD®-850AM for printing may cause it to perform less well under more extreme conditions. Specifically, the level of gamma-prime precipitates, which is a particular microstructure that gives nickel-based superalloys much of their strength, was lower in ABD®-850AM than in the comparison legacy alloys.

Using these results, they refined their computer model used for the alloys-by-design process, and went on to test a second iteration of printable superalloy, named ABD®-900AM. This alloy could also go through printing and come out with the exceptionally low levels of defects seen in ABD®-850AM, but showed greater strength and creep resistance compared to the first generation superalloy ABD®-850AM.

New alloys
The production of precision shapes of high-quality alloy has traditionally been an inefficient and wasteful process, while previous efforts to use 3D printing have resulted in alloys of unusably-low quality. The alloys-by-design approach used in this research has demonstrated a viable method to explore how the composition of an alloy can affect its properties, and was used to select an alloy that is optimised for additive manufacturing. Through trialling blocks of this alloy, this research team found that the composition of the alloys had a strong effect on the quality of production possible using additive manufacturing and, as hoped, their designed alloy displayed structural flaws than the legacy ones after printing. Likewise, their performance under the strain tests demonstrated that these new alloys were capable of the high performance required of superalloys. As such, this team have proven that high performance superalloys are now printable.

The two new alloys, ABD®-850AM and ABD®-900AM, are now manufactured by Alloyed’s production partner Aubert & Duval, and sold internationally. This technology promises to disrupt legacy manufacturing of these nickel-based superalloys, and paves the way for printed components to be used in a variety of demanding, high-performance machinery.

How do you think the adoption of additive manufacturing will affect industries that rely on nickel-based superalloy components?

<>
The mind of designers is never exhausted, but it can be limited by the pragmatics of what is available. For example, the current component design in jet engines is optimised according to feasible fabrication techniques. With the adoption and thrive of additive manufacturing, enabled by the suitable superalloys designed dedicated to the technology, we envisage a vast change of the whole system design to come, where delicate internal structures can be developed and modified to better confer structural integrity and heat management. It sheds light on the development of lightweight structures with improved thermal and fuel efficiency, and has particularly great potential for hypersonic aviation and aerospace exploration. 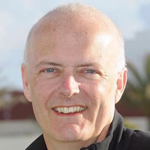 Prof Roger C. Reed is a professor at the University of Oxford and also the Chief Scientific Officer of Alloyed Ltd. He is a world leader in designing and processing of high-temperature alloys. He is also a fellow of the Royal Academy of Engineering. 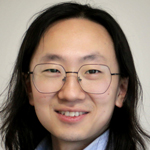 Dr Yuanbo (Tony) Tang is a chartered engineer. He currently works as a research fellow at the University of Oxford, focusing on processing and performance of advanced metallic systems, such as nickel-based superalloys and bio-medical titanium alloys.

The pioneering work of Alloyed Ltd, Roger Reed, and Yuanbo Tang addresses the issue that high performance superalloys are not printable, and is set to revolutionise the efficiency of some of the world’s most complex manufacturing processes.

Funding from Innovate UK is much appreciated. We also thank Alloyed Ltd for materials provision.

Many engineers from Alloyed Ltd, especially Dr J. Clark, Dr A. Németh, W. Dick-Cleland and Dr D. Crudden. We also thank other researchers in our research team in Oxford, including but not limited to Dr C. Panwisawas, J. Ghoussoub, and Professor D. McCartney.