Biology
Dr Chunqiang Li and his team of the University of Texas at El Paso have developed a novel three-dimensional (3D) optical microscope that uses a spectrally shaped pulse laser. Whilst most prior microscopes used scanning to achieve high speed 2D imaging, Dr Li’s approach obtains the z-position from a technique called ‘temporal focusing’ that use ‘diffraction’ rings and clever mathematics to infer the z-position.

Dr Li and his collaborative team have achieved a breakthrough in optical microscopy for 3D imaging without raster scanning laser beams. He expects to observe interaction between living cells at the microscopic scale, in three dimension (3D). Dr Li’s approach will permit cellular and molecular activities like protein motions, subcellular signalling, and viral infection to be examined and captured in real time.

The team have built on the work of others in the field who have sought to image the trajectory, in 3D, of tiny ‘particles’, molecules or cells for example, at a precision of a nanometre, or one billionth of a metre.

Understanding 3D microscopy
Earlier microscopes relied broadly on one of three techniques to capture 3D trajectory. The first uses a control mechanism called ‘feed-back’ to track the movement in all three dimensions of a single particle using the scanning of laser beams. The second technique involves utilising the shape change of an image illuminated with a focused point of light, called the ‘point spread function’ to calculate the z-position. The final method uses the diffraction of light of an image that has been defocused. Unlike the previous method the resultant image contains concentric rings and the z-position can be determined with high accuracy from the radius and centre of the rings.

The team at El Paso’s approach
Dr Li and his team have developed a microscope that is innovative in allowing the tracking of more than one particle using fluorescence. Fluorescent light is detected from the target ‘particles’ by an optical technique often used in microscopes called ‘two-photon excitation’. In this, the specimen is labelled to emit light in a particular colour when excited by a laser beam. Shaped ultrafast laser pulses illuminate the scene to be captured over a large volume, in microscope terms, of 100 µm, or millionths of a metre, each side. The sample is deliberately moved away from the focal plane of the microscope objective lens to allow defocused imaging, creating concentric rings caused. This approach, called ‘temporal focusing’ can not only obtain 2D images of the specimen, but also allows the z-position to be calculated from the defocused rings. Time-lapse images permit the progression of the particles being tracked to be captured and then viewed as a video or inspected individually.

The ultrashort laser pulse is reduced in power using optical components before being compressed by passing the light through a pair of prisms. A special component called grating splits the light into separate colours and each colour ray passes through a lens for collimation, or make them travel in parallel paths like railway tracks.

A device called an ‘acousto-optic modulator’ can manipulate each separated laser colour ray before it passes through two further lenses that relay the laser pulse to the objective lens. When all the laser light with different colours overlap spatially at the objective lens focal plane, they also overlap temporally to achieve short laser pulses.

The subjects being examined are fluorescently labelled so that they emit light at certain wavelength after being illuminated with the ultrafast laser pulse. Dichroic beam splitters are used to separate the emission light from the excitation laser light. Images and videos are captured by cameras. Different types of subjects can be labelled with difference fluorescent agents to allow multiple channel imaging.

Watching marine zooplankton
The operation of Dr Li and his team’s microscope was tested using a fast-moving marine zooplankton. They chose Cafeteria roenbergensis, a D-shaped biflagella single-celled organism. The flagella are hair-like appendages that permit the zooplankton to propel themselves around the oceans.

At around 10μm across, they feed on bacteria and phytoplankton, are significant predators of marine bacteria, contributing to nutrient recycling, and are important in the marine food chain. For the experiment, two colours of fluorescence agents were used to label Cafeteria roenbergensis: green and red, comprising tiny beads of 100nm in diameter.

The laboratory grew cultures of Cafeteria roenbergensis in culture medium, with Escherichia coli bacteria as their food source. For the experiment, small quantities of Cafeteria roenbergensis were extracted from the laboratory’s stock and transferred to a medium devoid of food. After four days of starvation, the diluted fluorescent beads were added to the culture. The zooplankton ingested the beads as food and could be used as targets in Dr Li’s team’s microscope to track their motion. They were kept in a darkened place to preserve the fluorescence for the experiment.

Time-lapse images were taken with the two cameras, each camera capture one of the fluorescent colours, green or red. The techniques developed by Dr Li meant that each image showed the position of the organism in two-dimensions and the defocused rings around each image inferred the third dimension. Using a mathematical model permitted the team to calculate the z-position of the two zooplankton being tracked, denoted by green and red fluorescence, to add to the other two dimensions filmed.

Dr Li demonstrated the power of his invention and was able to track the high-speed motion of Cafeteria roenbergensis as separate frames that could be examined or combined into a 30 frames per second moving image.

Improving the microscope
The team have shown that it isn’t necessary to use a scanning laser to capture wide-field 3D images on a microscopic scale, instead they use two-photon fluorescence as a method and temporal focusing to reveal the z-position of a target.

Dr Li states that the current frame rate of 30 frames per second of their microscope is not an upper limit, but is the result of the charged-couple-device cameras he used. He has proposed that his team’s approach could achieve millisecond resolution, and even higher speed operation is a possibility for the future.

Dr Li’s novel approach could lead to exciting discoveries in biology and health sciences as it may be possible to examine the interaction between tiny organisms like viruses and their hosts but it is not his only achievement. The microscope is not Dr Li’s only achievement from this research; he’s created complex mathematical models, utilising modelling software, to generate noise reduction algorithms and derive the z-position from the temporal focusing rings with high accuracy.

Your team’s approach to determining the z-position using the position of the rings in the defocused region of the image is novel. What drove you to select this mechanism?
<>Studying biological process in three dimensions is necessary as they happen in a 3D space. However, current optical microscopy can obtain 2D images/videos. The third-dimension information requires extra effort, such as scanning the object or lens. This mechanical scanning is the bottle neck for achieving high speed 3D imaging. Therefore, inventing a fast way to conduct 3D imaging is very useful in many research fields. Defocused imaging can provide not only 2D information, but also the third dimension information from the level of defocusing. Therefore, it is my vision to fully utilise the information contained in such imaging setup.

The acousto-optic modulator is an integral part of your microscope and allows you some variability in the design. How would this feature in a commercialised microscope?
<>This acousto-optic modulator is used to control the spectrum of our femtosecond laser. It has been used in some products in steering laser beams only. Our method explores its novel use of shaping the laser pulse in spectral domain. The incorporation of this device in future commercial microscope will expand our ability to have better control of laser beams, which opens many more potential applications.

In your experiments, you used two frequencies of light to track two particles simultaneously. How could this be achieved with many particles?
<>In many particles, it is necessary to develop multi-frequency tracking, i.e., each particle is labelled with one-colour label, and our microscope can visualise them simultaneously.

Can you explain how the microscope would operate if tracking the infection of a cell with a virus?
<>The virus is stained with one dye at one colour; and the cell is stained with another dye at another colour. Both species are visualised with our microscope, and the laser can excite both dyes simultaneously. Two CCD cameras are used, one to detect the first dye, and the other one to detect the second dye. Therefore, there are two detection channels, one for each species. The final image/video is a mix of signals from both channels.

You mentioned the limitations caused by the cameras in use in the microscope, particularly the frame rate. You also suggested some ways around the camera limitations. What ideally would you like to achieve, and how?
<>There is a trade-off between imaging speed and signal-to-noise ratio in detecting such week fluorescence signals. If the fluorescent signal is strong, the imaging speed can be higher. Therefore, I would like to use bright and robust fluorescence molecules as the label to reduce the image acquisition time. The ideal case would be to achieve sub millisecond time resolution to study fast molecular dynamics in live animals. 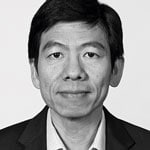 Dr Chunqiang Li received a Doctor of Philosophy in Electrical Engineering from Princeton University in 2006 and, from 2006 until 2010, he was a Post-doctoral Fellow at Wellman Centre for Photo-medicine in Massachusetts at Harvard Medical School. Since 2010, Dr Li has worked within the Department of Physics of the University of Texas at El Paso, leading the Bio-photonics Laboratory.

Dr Li and his team have developed a high-speed temporal focusing two-photon fluorescence microscope for three-dimensional (3D) volumetric imaging without laser beam scanning. It will give scientists in biology and chemistry a strong background in the development and use of innovative and contemporary instruments, significantly enhancing their ability to conduct cutting edge research. This will also provide training for next generation instrumentalists, who are currently postdoctoral researchers or graduate and undergraduate students.