Health & Medicine
Non-small cell lung cancer is one of the most widespread forms of the disease. As with many other cancers, the best chance of survival comes with early diagnosis; unfortunately, at present this often doesn’t happen. In research that has the potential to improve the prognosis of lung cancer patients, Dr Claudio Scafoglio and colleagues at the University of California, Los Angeles, has identified a new diagnostic technique that could efficiently identify the earliest stages of lung cancer.

Despite huge advances in cancer treatment, one factor still gives the best chance of surviving NSCLC: early diagnosis. While more than half of NSCLC patients with localised disease (i.e. where the cancer has not yet spread from the lungs) will survive for at least five years, only 4.5% of patients with the metastatic form of the disease can expect to live that long. Unfortunately, at present relatively few newly-diagnosed lung cancers are localised; in most cases, the cancer has already spread, or metastasised. To improve survival rates, it is crucial that new routes to early diagnosis are explored.

Searching for the earliest signs of cancer
To diagnose cancer at an early stage, doctors sometimes look for signs of premalignancy. Premalignant cells are those which are likely to become cancerous, but have not yet done so. In some types of lung cancer, signs of premalignancy can be detected by computed tomography (CT) scans. However, CT scans alone are often insufficient, as it can be difficult to tell whether a particular lesion is cancerous or not. There are two main types of NSCLC: lung adenocarcinoma and squamous cell carcinoma. Lung adenocarcinoma is more challenging to diagnose as it typically develops in the furthest reaches of the lungs, the bronchioles and alveoli. There are several types of premalignant lesion that are known to predict the emergence of lung adenocarcinoma; unfortunately, detection of these lesions can be tricky.

Researchers have discovered that cancer cells need more glucose than normal cells. This trait can potentially be exploited in diagnosis of the disease. A particular group of transporter molecules, called GLUTs, are responsible for carrying glucose into cancer cells. One way to search for the presence of cancer is to inject a patient with a small amount of a radioactive glucose substitute, or tracer. GLUTs carry the radioactive molecules into cancer cells, which can then be detected with a type of radioactivity-detecting scan called positron emission tomography (PET). PET is useful for cancer staging, or determining how extensively the cancer has spread around the body. A negative PET scan indicates that the cancer remains confined to the original tumour, and has not yet metastasised.

While traditional PET scanning is helpful for more advanced cancers, it is not useful for identifying early-stage lung adenocarcinoma. Dr Claudio Scafoglio and his team at the University of California believe that this is because this form of the disease uses a different system to transport glucose into cancerous cells: sodium-dependent glucose transporters, or SGLTs. These transporters, unlike GLUTs, cannot carry the radioactive glucose substitute, and so are not detected by PET.

SGLT2 appears to be most active in the first stages of the disease, during premalignancy and the beginnings of tumour development.

A new way to detect malignancy
In recent research, Dr Scafoglio and his team investigated whether SGLTs are a sign of premalignancy and the early stages of lung adenocarcinoma. To do this, the researchers used a different tracer molecule, one which can be transported by SGLTs but not by GLUTs.

The team looked at one particular SGLT, called SGLT2. Dr Scafoglio and his colleagues had previously identified this transporter in different types of cancers, including pancreatic and prostate tumours. In this study, they used a technique called immunohistochemistry to search for SGLT2 glucose transporters in lung adenocarcinoma samples. Immunohistochemistry is a method for selectively staining, or dying, tissue samples. The protein of interest – in this case, SGLT2 – is marked with a stain which is visible when the tissue sample is viewed with a microscope. This allows researchers to observe the abundance and distribution of the protein.

In total, the team examined 58 lung adenocarcinoma samples, taken from patients at different stages of the disease. They also used genetically-engineered mice to further investigate the SGLT2 protein. Finally, the researchers developed patient-derived xenografts (PDXs). A PDX is created when tumour tissue is taken from a patient and implanted into mice for research purposes. This technique allows drugs to be tested in mice before they are given to patients.

The in-depth methods allowed the researchers to demonstrate that SGLT2 does play an important role in lung adenocarcinoma. Interestingly, SGLT2 appears to be most active in the first stages of the disease, during premalignancy and the beginnings of tumour development. These early cancer cells seem to have only SGLT2, whereas cells in more advanced tumours have both SGLT2 and GLUTs. This means that the ways in which cancer cells take in glucose change as the disease progresses. Why this happens is unclear. However, Dr Scafoglio thinks that the reason may lie in the varying levels of oxygen available to cancer cells at different stages of the disease. Early cancer cells have a good oxygen supply, while those at a more advanced stage must survive in a low-oxygen environment. It may be that GLUTs are better able to function in these conditions. Dr Scafoglio and his team recently received a grant from the US National Cancer Institute, which will allow them to further investigate this key stage in lung cancer progression.

Better diagnosis could lead to improved survival rates
The research led by Dr Scafoglio could lead to more accurate and reliable diagnostic methods for lung adenocarcinoma. One current problem with CT scanning is that the technique identifies large numbers of lung nodules, most of which turn out to be benign. However, as benign lesions cannot be easily distinguished from cancerous cells, patients need to return for regular CT scans to check that the nodules are not becoming malignant; understandably, this uncertainty creates a great deal of anxiety and stress for patients. By using the alternative tracer that is taken up by SGLT2, premalignant lesions and early-stage tumours can be more easily identified. This will allow patients with lung adenocarcinoma to receive an early diagnosis, and consequently lead to a better chance of survival. At the same time, patients with benign lung lesions will be spared unnecessary treatment.

Drugs which block the development of SGLT transporters can effectively hinder disease progression, by limiting the glucose supply of cancer cells.

The team also discovered that drugs which block the development of SGLT transporters can effectively hinder disease progression, by limiting the glucose supply of cancer cells. These drugs, which can help to regulate blood sugar levels, are already available for treating diabetes. In this study, the researchers found that these drugs can specifically target premalignant lesions in the lungs; if given early, the treatment could improve a patient’s chances of survival. The drugs even have the potential to prevent premalignant cells from becoming cancerous at all. They could be particularly useful in patients for whom surgical removal of the lesion would be risky.

Finally, the team propose combining their two key discoveries. PET scanning with the alternative tracer used in this study could be used both before and after a patient receives SGLT-blocking drugs, to monitor changes in the progression of the disease. This has the potential to be a diagnostic tool which offers a degree of precision that is not currently available. With more detailed information of the state of a patient’s cancer, doctors will be better equipped to decide on the most appropriate course of treatment.

Following the promising results of this study, the team’s next goal is to conduct clinical trials to assess the use of the new tracer in patients. This is crucial if the new diagnostic method outlined here is to become a reality for cancer patients and their doctors. Given the global prevalence of NSCLC, advances in diagnosis and treatment, such as those pioneered by Dr Scafoglio and his colleagues, have real potential to reduce the number of people experiencing this disease. As with many other cancers, the key to a person’s chances of survival from NSCLC is an early diagnosis – and the research of Dr Scafoglio and his colleagues will help that to become a reality. 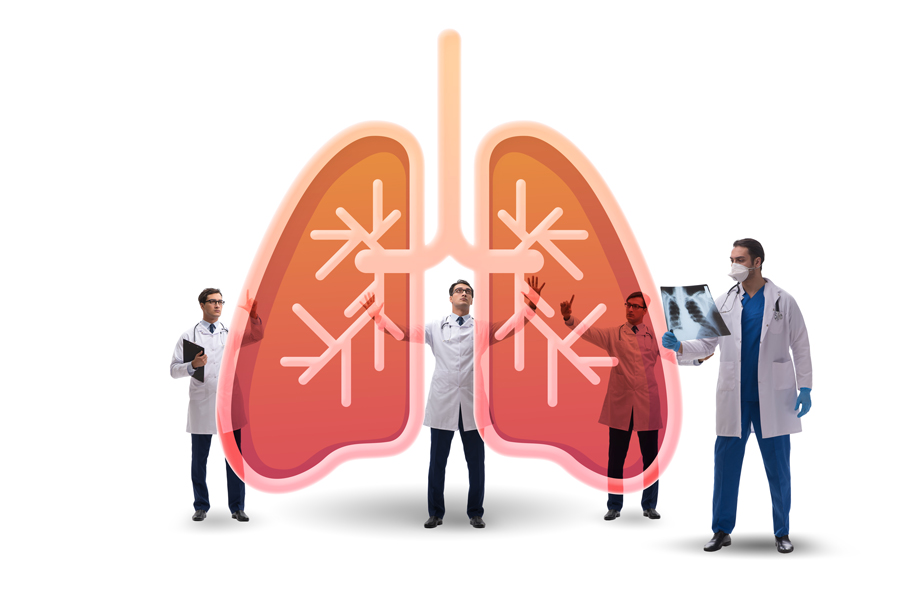 How big an impact could these discoveries have on the prognosis of patients with NSCLC?

<> The lung screening by CT has been estimated to reduce lung cancer mortality by 20%. By helping the diagnosis of early stage cancers, we hope to further improve the survival of NSCLC patients. The most exciting aspect of our research is the coupling of the diagnostic probe with a therapy specifically targeting the glucose transporter detected by our PET imaging tracer. Chemoprevention efforts in lung cancer have been unsuccessful; our research could introduce a new strategy of targeted chemoprevention: we could identify individuals with early-stage lesions that would be likely to benefit from chemoprevention with glucose transporter inhibitors. 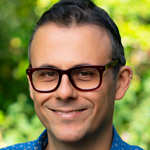 Claudio Scafoglio completed his Medical Degree and PhD Degree at the University of Napoli, Italy. He received postdoctoral training at UCSD on gene regulation in cancer and at UCLA in cancer molecular imaging. His laboratory at UCLA is focused on early lung cancer imaging and treatment.

Claudio Scafoglio’s research is focused on understanding the utilisation of glucose by cancer cells.