Health & Medicine
Immunotherapy is a type of cancer treatment that harnesses the immune system to destroy cancerous cells. Dr Li Zhang and colleagues at Toronto General Hospital Research Institute and the University of Toronto, are pioneering a new type of “off-the-shelf” treatment using a type of immune cell—a double negative T (DNT) cell. Dr Zhang‘s work shows that DNT cells are a safe and effective therapy to tackle many different types of cancer. Importantly, these cells can be produced in large numbers from healthy donors without gene-editing and successfully stored for future use.

While a diagnosis of cancer can be devastating, the good news is that there are more, and better, treatments available than ever before. Chemotherapy and radiation are perhaps the most well-known ways to tackle late stage cancer, but another type of treatment is also showing great promise: immunotherapy. Immunotherapy is already an established treatment route for several types of cancer, including certain types of haematologic and solid tumours and is also being trialled in many other forms of the disease.

Immunotherapy works by utilising the immune system to recognise and attack cancerous cells. There are different forms of immunotherapy, each of which uses a different aspect of the immune system. One of these is known as adoptive T cell therapy (ACT). Recently, one kind of ACT called Chimeric Antigen Receptor T (CART) cells has been proven to be a very effective treatment for patients with some forms of leukaemia. However, as more patients begin to receive ACT, limitations in the current form of the treatment are becoming apparent. Currently, the U.S. Food and Drug Administration approved CART cell products include personalised treatment with patients receiving T cells that have been produced specifically for them. This helps to avoid graft-versus-host disease, a serious condition where the donor immune cells attack the tissues of the recipient’s body.

Unfortunately, this patient-specific form of ACT is expensive and technically complex. The methods needed to produce enough T cells are complicated and can result in manufacturing failures, making the treatment inaccessible for some patients. Further, as the T cells are produced on demand in response to the needs of particular patients, there can be a delay in starting treatment during which the disease may progress. 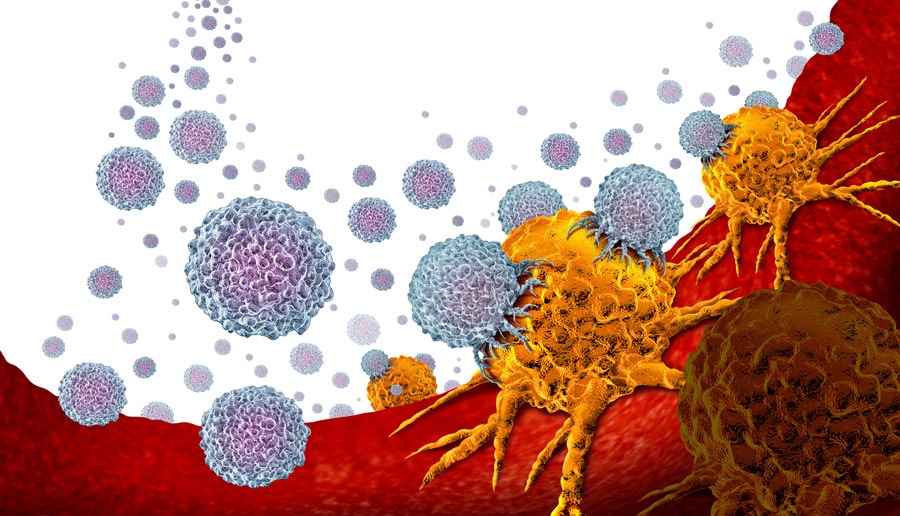 “Off-the-shelf” immunotherapy
The problems with ACT in its current form could be solved by “off-the-shelf” immunotherapy. This involves producing large quantities of T cells originating from healthy donors and stored until they are needed, meaning that patients should not have to wait for treatment. This mass production approach would also allow a more consistent, reliable product to be created, at a lower cost. A future off-the-shelf treatment must be accessible, providing a “one size fits all” treatment that has the potential to benefit many cancer sufferers. However, before this can happen, there are many challenges that must be overcome.

Dr Li Zhang is a senior scientist at the Toronto General Hospital Research Institute and a professor at the University of Toronto. Together with her colleagues, the researchers have shown extremely promising results on their initial research into double-negative T cells (DNTs)—called double-negative because they lack certain cellular markers present on normal T cells. In animal tests these cells effectively treat different cancers including lung cancer, lymphoma, and leukaemia, without damaging normal cells.

DNTs originating from just a single donor could successfully tackle many different types of cancer.

However, before the next step towards an off-the-shelf treatment can be taken, further study was needed to demonstrate that DNTs are both safe and can realistically be produced in larger numbers. Further, the cells must also be able to tolerate storage (cryopreservation in liquid nitrogen) until they are needed.

Research proves the promise of DNTs as an off-the-shelf cancer therapy
Together with collaborators, Dr Zhang’s lab have developed a method to produce large numbers of clinical-grade DNTs. The DNT cells were taken from healthy donors and then expanded (i.e. allowed to increase in number) under clinically-compliant conditions.

Dr Zhang and her team also discovered that cryopreservation, in which the DNTs were frozen more than 600 days before being thawed, did not affect the anti-cancer function of the cells. The ability to store DNTs is crucial as it would allow the treatment to be prepared in advance, rather than on an on-demand basis.

A major benefit of personalised ACT is that as it uses the patient’s own cells, there is less risk of graft-versus-host disease (where the recipient’s immune system attacks the donor cells). Previous work by Dr Zhang and others has shown that DNTs are able to destroy cancer cells without triggering graft-versus-host disease. This is supported by the results of Dr Zhang’s recent study, demonstrating that DNTs produced from healthy donors will target leukaemia cells while sparing normal tissue.

For DNTs to be a viable off-the-shelf treatment option, they also need to avoid causing the less well-studied condition of host-versus-graft rejection. If this occurred, the DNTs would be swiftly wiped out by the recipient’s own T cells, rendering the treatment efficacy short-lived. Interestingly, Dr Zhang’s findings suggest that DNTs are somehow able to evade the recipient’s immune response. How DNTs manage to do this remains unclear. However, this does mean that DNTs seem unlikely to trigger a host-versus-graft reaction.

Finally, Dr Zhang found that DNTs persist well within the recipient’s body. Research on another group of immune cells, known as natural killer (NK) cells, found that, although the NK cells successfully attacked cancerous cells and did no harm to healthy tissue, they disappeared from the patient’s body within a few weeks. This suggests that the patient’s immune system may have cleared the donor cells. However, in Dr Zhang’s research, DNTs survived in the presence of allogeneic immune cells for at least four weeks in an animal model which provides a harsher environment for human cells to survive. If DNTs are able to evade the recipient’s immune system and persist longer in patients, they could be a more effective treatment than NKs.

A future off-the-shelf treatment must be accessible, providing a “one size fits all” treatment that has the potential to benefit many cancer sufferers.

Versatility of DNT therapy
Combining a new therapy with existing therapeutic approaches increases the chance of improving the patient outcome while minimising the risk of losing the benefits of established treatments. However, there are risks of antagonising effects and new toxicities that arise from combination therapy. Using DNTs as an off-the-shelf therapy significantly increases the treatment flexibility therefore combining DNT therapy with other cancer-targeting therapies becomes possible. Dr Zhang and her team have demonstrated that DNTs can synergise with other established cancer treatments such as conventional chemotherapy, checkpoint and small molecule inhibitors to yield in a superior response in animal tests without increased toxicities. Further, Dr Zhang’s group recently demonstrated the feasibility of using DNTs as a platform for a CAR technology. CAR technology has been the key for the unprecedented success of ACT in treating some leukaemia, but its wide clinical application is challenged by limitations associated with the highly personalised manufacturing process. Combining CAR with DNTs has potential to provide an off-the-shelf CAR-ACT product that is safe, effective, affordable, and accessible. Collectively, off-the-shelf DNT therapy may be a highly versatile treatment option that can be incorporated with other treatment regimens to yield in a superior outcome in cancer.

A new, more accessible cancer treatment
Any new medical treatment must be proven to be both safe and effective. It must also have a realistic possibility of translation into widespread use; a treatment which is too expensive, too complex, or too time-consuming is unlikely to benefit many patients. These factors currently limit the common use of ACT.

For the first time, Dr Zhang and her team have identified a T cell therapy that has the potential to be developed into a successful off-the-shelf treatment for cancer. This research has shown that DNTs meet all the requirements of accessible ACT: they are easy to produce on a large scale and so are relatively less expensive; they can be preserved in advance with no effect on function; they can tackle many different types of cancer; and they cause no harm to healthy tissues. With these advantages, DNTs offer the hope of an accessible, effective treatment for many cancer patients. Currently, the safety and efficacy of allogeneic DNT therapy in human recipients are being investigated in two phase I clinical trials (NCT03027102 and ChiCTR1900022795).

What now needs to happen before DNTs can become an approved treatment for cancer patients?

<>The safety and efficacy of DNT therapy is currently being investigated in two phase I clinical trials: one in Canada (NCT03027102) and one in China (ChiCTR1900022795). Given the limitations of preclinical models, we need to determine the safety, efficacy, and persistence of infused allogeneic DNTs from these trials. Also, further investigations are needed on the mechanism of cancer-specific killing activity of DNTs to understand why some cancer cells are more susceptible or resistant to the treatment. 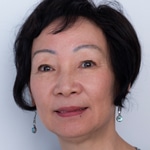 Dr Zhang is a Professor in the Departments of Laboratory Medicine and Pathobiology and Immunology at the University of Toronto and senior scientist at University Health Network. Her research has been focused on understanding the cellular and molecular mechanisms involved in immunity and tolerance and developing new treatments for cancer, graft versus host disease and allograft rejection.

Research in Li Zhang’s laboratory is focused on two main areas: developing novel adoptive T cell therapy for the treatment of leukaemia and lung cancer; and dissecting the mechanisms involved in immunity and tolerance and their relevance in disease.