Health & Medicine
In 2012, the United States Preventive Services Task Force issued a grade D recommendation against PSA-based prostate cancer screening. This is because early diagnosis of low-grade cancers can lead to unnecessary overtreatment and patient suffering. However, many epidemiologists are concerned that this could lead to severe unintended consequences. Dr Thomas E. Ahlering, from the University of California, has further explored these concerns and has shown in a ground-breaking study that reduced PSA-screening can lead to increased incidence of high-risk disease and increased mortality rate.

Prostate cancer is the second most common cancer worldwide and the sixth leading cause of cancer-associated death among men. In 2012, there were approximately 1.1 million cases and 307,000 deaths. Generally, prostate cancer affects men over the age of 50 years old (around 42% of cases) and the majority of patients are over 60 years of age. The prostate is a small gland in the pelvis that is only found in men. The main function of the prostate is to produce seminal fluid that is then mixed with sperm made by the testicles. Often patients suffering from prostate cancer are asymptomatic until the prostate is large enough to affect the urethra and urination. 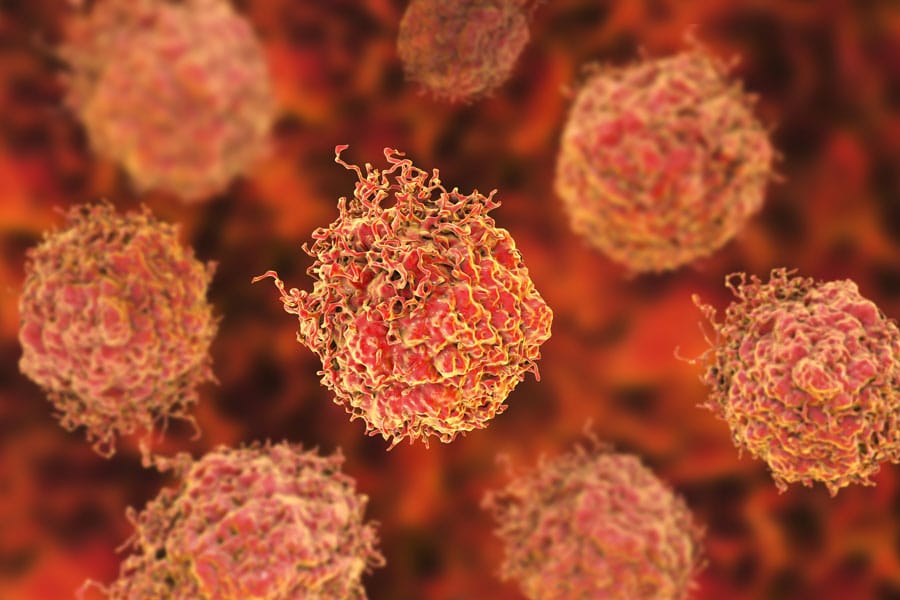 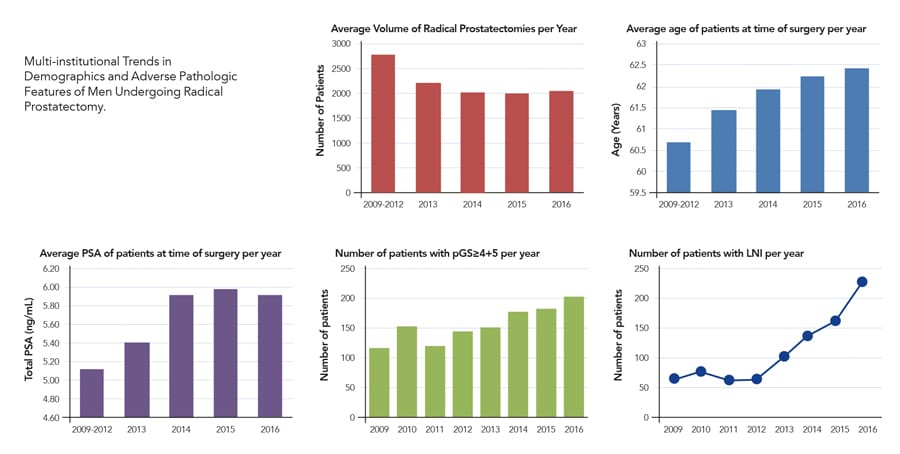 However, Dr Ahlering and other epidemiologists are concerned that a reduction in PSA screening could lead to several severe unintended consequences. These include: I) more men suffering from the effects of non-curative interventions such as radiation and hormonal therapy ii) physiological complications of recurrent prostate cancer iii) an increased incidence in high-risk disease and iv) a potential increase in prostate cancer-associated mortality. Alarmingly, Dr Ahlering observed that the Task Force policy had a significant impact on his practice – there was a 20-25% reduction in referrals 4 months post-recommendation. Dr Ahlering and his team also noticed that patients were older and had higher PSA levels indicating more advanced disease. Concerned by this observation, Dr Ahlering and his team decided to perform a more in-depth study to investigate the effects of reduced PSA screening.

Shortcomings of the USPSTF study
The D grade recommendation was mainly based on two randomised trials – Prostate, Lung, Colorectal and Ovarian (PLCO) and European Randomised Study for Screening of Prostate cancer (ERSPC). The PLCO results revealed no significant mortality differences with PSA screening and the ERSPC showed that around 1400 patients needed to be screened in order to prevent one death. However, there are some significant flaws in these studies. The PLCO assigned men randomly to a PSA screening or usual care group. In-depth analysis revealed that there was a high contamination rate (52%) via PSA testing in the usual care group. Additionally, the ERSPC trial was insufficient. Typically, prostate-cancer associated mortality, from initial diagnosis, is 10-12 years. However, the follow-up time in this trial was only 7 years and a re-analysis revealed that the number of patients needed to be screened to prevent one death was 293.

The study
In response to the grade D recommendation, Dr Ahlering and his colleagues performed a nationwide study, collecting data from an additional 8 high-volume surgeons throughout the United States. Overall, the team collated data from over 19,000 patients undergoing robot-assisted radical prostatectomy pre (October 2008 – September 2012) and post-policy (October 2012 – September 2016). Population datasets take approximately 10-20 years to mature. However, instead of waiting for this long period of time, Dr Ahlering and his team used oncological metrics that are highly predictive of disease aggressiveness. These methods include the pathologic Gleason grading system, whereby biopsy samples are used to diagnose patients, seminal vesicle invasion and lymph node metastases. 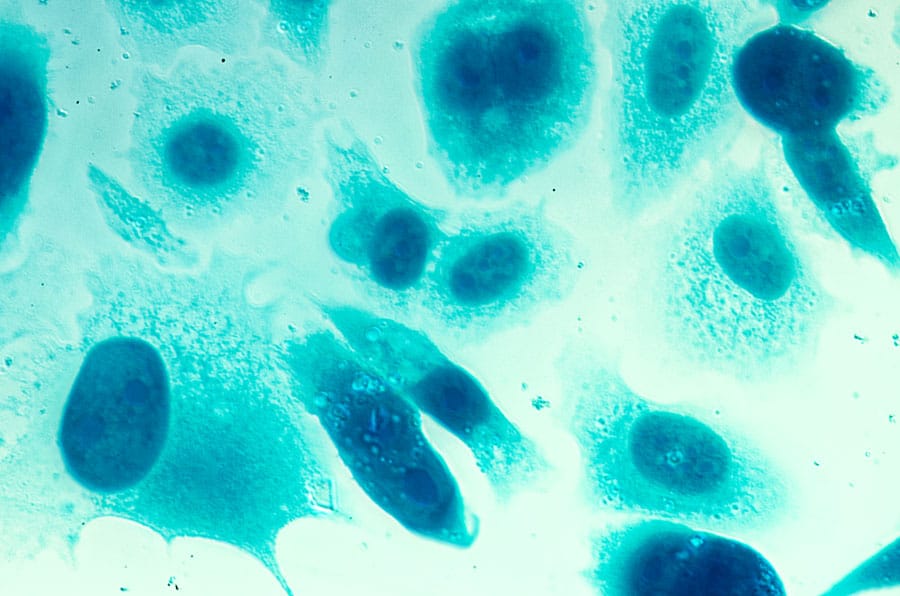 The results confirmed that the proportion of low-grade prostate cancers dropped from 30.2% in the pre-policy era to 17.1% in the post-policy era. However, compared to the four-year average pre vs post policy there was a 22.6% reduction in surgeries performed, an increase in median PSA (from 5.1 to 5.8 ng/ml) and increase in mean age (from 60.8 to 62 years) and a doubling of high-grade Gleason cancers, meaning that the prostate cancers were much more aggressive post-policy. Furthermore, the team found a 3.5-fold increase in patients with advanced seminal vesicle involvement, a tripling of lymph node metastases and the one-year biochemical recurrence post-radical prostatectomy increased from 6.3% to 17.5%. This is where PSA blood levels rise following treatment, which could indicate that the cancer has come back.

A major strength of this study was the use of propensity score matching for age and PSA across both the pre-policy and post-policy screening eras. The team show that there is a stepwise increase in high-risk disease each year after the policy was put in place.

The one-year biochemical recurrence post-radical prostatectomy increased from 6.3% to 17.5%.

Future studies
Overall, Dr Ahlering and his team have highlighted the concerning effects of limited PSA screening. Although the recommendation has reduced surgical treatment for low-grade cancers, the study has shown that reduced screening can lead to an increased risk in aggressive forms of prostate cancer. This affects the patient’s quality of life and significantly increases mortality rate. Furthermore, the increase in biochemical recurrence after 12 months of surgery will lead to additional consequences associated with secondary treatment. Clearly, it is of great importance that we find a compromise so that screening is effective and minimises overtreatment but preserves early diagnosis.

How can we reduce overtreatment but ensure that prostate cancer is diagnosed early so it doesn’t develop into a high-risk disease?
<>To prevent (i.e. minimise) high-risk prostate cancers, the disease must be asymptomatic. Presently, organised PSA screening is the best means of identifying these men. The key to preventing overtreatment has two complementary paths. First, active surveillance/watchful waiting with intent to pursue no treatment based on “expected” overall survival versus “estimated” cancer aggressiveness. In contrast, another path is to simultaneously improve treatment outcomes in order to reduce the treatment burden. In essence, liken a radical prostatectomy to an appendectomy: a low-risk procedure with minimal risk for complication. It is our assertion that overtreatment with minimal burden is superior to no burden at the cost of lives. 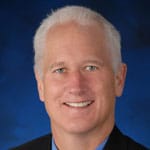 Dr Ahlering is a highly regarded surgeon in Urologic cancers. Since 2002, Dr Ahlering’s research efforts have concentrated on maximizing functional recovery and patient-reported outcomes following robot-assisted radical prostatectomy. His work continues to be highly regarded among the scientific community, with over 400 published abstracts and journal articles.