Health & Medicine
Binge eating is an important feature of two serious mental health conditions: bulimia nervosa and binge eating disorder. While medication can be helpful in treating patients with these illnesses, currently just two drugs are approved for this purpose. Professor Susan McElroy of the Lindner Center of HOPE, Ohio, USA, leads research into potential new medications for binge eating conditions. Professor McElroy and her colleagues recently assessed the potential of existing medications in treating these challenging illnesses.

Binge eating, where a person eats large quantities of food in a short space of time, is a complex and distressing behaviour. Contrary to what many people might assume, a person suffering from a binge-eating condition does not enjoy the experience of overeating. In fact, the opposite is true, and the person may feel shame, guilt or even disconnection from the experience, struggling to remember what they have eaten. Many people who binge eat will try to hide the behaviour from family and friends. Some might even go the extreme lengths, such as stealing, to access food.

Binge eating is normally associated with one of two specific conditions, bulimia nervosa (BN) and binge-eating disorder (BED). Both are serious mental illnesses. Bulimia involves eating large quantities of food, followed by an attempt to compensate through “purging”: vomiting, taking laxatives, fasting or exercising excessively. People with BED do not typically purge after over-eating, but often experience similar negative feelings afterwards. In the UK, BED is one of the most common forms of eating disorder. 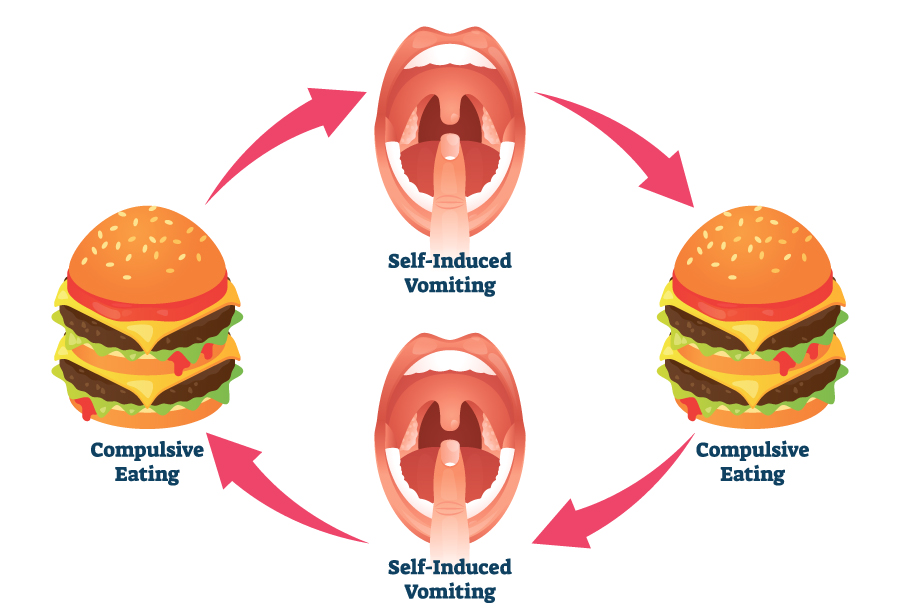 The approach to treatment for eating disorders like BN or BED differs depending on the severity of the condition, and can range from guided self-help, through other therapies such as cognitive behavioural therapy, to in-patient treatment for the most serious cases. For some patients, medication can also be helpful.

Currently, just two medications are approved for the treatment of binge eating: fluoxetine, an antidepressant, for BN, and lisdexamfetamine, which is usually used to treat attention deficit hyperactivity disorder (ADHD), for BED. A few other drugs, including certain antidepressants and an antiepileptic medication, may also be helpful in some patients. However, none of these medications were developed specifically to treat binge eating. Until this happens – until resources are devoted to developing drugs that are tailor-made for binge eating conditions – doctors must rely on the limited medications that are currently available.

Research into binge eating has been seriously neglected, when compared to other serious mental illnesses.

The antidepressant fluoxetine is the only drug approved for BN. Controlled studies have found that fluoxetine is better than placebo in reducing binge-eating and vomiting episodes. The drug can also help with decreasing depression, as well as reducing cravings for carbohydrates and other negative behaviours around eating.

Other antidepressants have also been shown to be better than placebo in tackling binge eating and purging in BN. Some of these might also be useful in treating BED. Although the improvements generated by these drugs were modest – and, in a few cases, the drugs were ineffective or even dangerous – overall, there is reliable evidence that some antidepressants are beneficial in treating BN. For BED, relatively few trials have been carried out, and more data is needed on potential antidepressant treatments.

The only drug currently approved for BED is lisdexamfetamine, which is a stimulant used for treating moderate-to-severe BED in adults (as well as for its original purpose, treating ADHD). In three trials involving people with BED, lisdexamfetamine significantly reduced binge eating, when compared to a placebo. The drug also significantly improved other key features of the disorder, including recurrent and distressing thoughts about binge eating and excess body weight. In addition, there is some early research suggesting that stimulants like lisdexamfetamine might be useful in treating BN, too. Professor McElroy suggests that other, non-stimulant, ADHD drugs could also help to treat BN and BED, although research in this area is lacking. 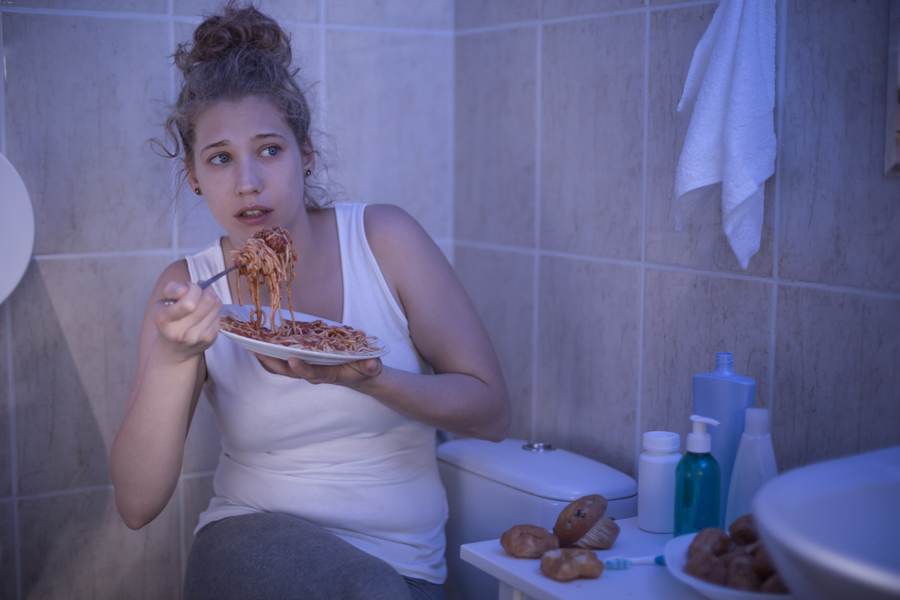 Epilepsy and addiction drugs for eating disorders?
Another group of medications that show promise in treating binge eating are antiepileptic drugs. Of these, a drug called topiramate is the most well-studied. A growing body of research is demonstrating that topiramate is better than placebo in reducing episodes of binge eating and purging. Topiramate also seems to be particularly useful in aiding weight loss in overweight binge eating patients

Professor McElroy notes that topiramate may have one particular important application: as a treatment for patients for whom other therapies have been unsuccessful, as well as for those with additional mental health conditions, who may be taking other medications at the same time.

Some researchers have investigated the use of naltrexone, a drug normally used to treat alcohol or opioid dependence, in BN and BED. The evidence for the benefits of naltrexone in these eating disorders is inconsistent: while one study found naltrexone significantly reduced binge eating and purging, other studies have found that the drug has no effect.

A number of other types of medication have been the subject of research into eating disorder treatments. These include weight loss drugs, hormonal treatments, lithium (which is normally used for bipolar disorder) and antipsychotics. For all of these medications, the results have been very mixed, with a majority of studies reporting no difference between the trialled drug and placebo. However, the number of studies that have been completed to date is low; it is possible that, with further research investment, some of these drugs could yet prove to be helpful in treating BN and BED.

Researchers and physicians could consider treatment strategies which allow for switching, combining or augmenting the available medications.

According to Professor McElroy, more research into eating disorder treatments is urgently needed, covering every stage of the drug development process. At the clinical level, trials that explore a more flexible approach to binge eating therapies would be valuable. Researchers and physicians could consider treatment strategies which allow for switching, combining or augmenting the available medications, to reach an optimised therapy for the individual patient. For example, it would be useful to study topiramate in combination with antidepressants in patients with treatment-resistant BN. For BED, Professor McElroy suggests that combining lisdexamfetamine with either antidepressants, topiramate, or psychotherapy is worthy of investigation.

Most importantly, there is a need to identify new drugs that are useful in treating both BN and BED. Researchers could particularly focus on compounds that are known to be associated with weight loss, such as cannabidiol. There are drugs currently in development for other conditions, such as ADHD and epilepsy, that might also prove to be beneficial in binge eating conditions.

Binge eating disorders are complicated conditions, involving a number of different systems within the body. In future, medications that are developed specifically for binge eating conditions could target these systems: those involved in regulating eating and body weight, for example.

Unfortunately, for some binge eating patients, the range of currently available treatments – both drugs and other therapies – are ineffective. For others, medication may be the easiest way for them to engage with treatment. Whatever their unique circumstances, every eating disorder patient could surely benefit from a greater research focus on their complex and distressing condition.

What should the priorities be for drug development to treat binge eating? 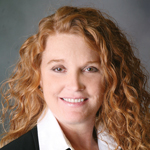 Professor McElroy is internationally known for her research in bipolar disorder, eating disorders, obesity, impulse control disorders and pharmacology. She is the author of over 400 scientific papers in leading medical journals and was the 8th most cited scientist in the world published in the fields of psychiatry and psychology since 1996. She has also authored over 150 reviews and chapters in major psychiatric textbooks. Professor McElroy is the editor or author of 4 scientific books and serves on the editorial boards of 5 journals.