Health & Medicine
In the disease autoimmune glomerulonephritis, the body’s own immune system attacks the blood vessels of the glomeruli, the part of the kidney that filters the blood. This condition is life-threatening, but current treatments are limited and carry a high risk of serious side-effects. Recently, Dr Dragana Odobasic of Monash University, Melbourne, Australia, and her colleagues investigated the potential of tolerogenic dendritic cells in treating glomerulonephritis. They found that this treatment could effectively and specifically protect the blood vessels of the glomeruli, and so could offer a safer, effective therapy for this devasting disease.

Kidneys are the body’s in-built, highly efficient “detox” system. The kidneys filter and clean the blood, expelling waste from the body in the form of urine. Within each kidney are more than a million tiny filtration units, called glomeruli. Each individual glomerulus consists of a tight knot of tiny capillaries, in which blood is filtered at high pressure.

Glomerulonephritis is a form of kidney disease that causes damage to the glomeruli, hindering their ability to carry out their essential functions. This damage takes the form of vasculitis, which causes changes in the walls of blood vessels, potentially hindering blood flow. When this happens, the kidneys cannot effectively remove waste products (such as urea) and excess fluids from the blood. While some types of glomerulonephritis do not necessarily cause serious symptoms, some forms of the condition can be devastating and even life-threatening, damaging the kidney to the point where dialysis or even a transplant are necessary.

Glomerulonephritis is often an autoimmune condition; in other words, it is caused by the body’s immune system attacking its own tissues. In autoimmune anti-myeloperoxidase glomerulonephritis (anti-MPO GN), the immune system attacks an enzyme called myeloperoxidase. This enzyme is largely found in a particular type of white blood cells, which are an important part of the body’s immune defences. Normally, these white blood cells destroy invasive pathogens such as bacteria. In anti-MPO GN, however, the white blood cells appear to target the glomeruli instead. Anti-MPO GN is a life-threatening condition that causes severe inflammation of the small blood vessels in the kidneys.

Current treatment options for anti-MPO GN are limited. The medications that are available are only partially effective, and are associated with many adverse effects; in particular, as the treatments cause broad suppression of the immune system, the patient has a high risk of contracting a serious infection. Safer, more specific treatments for anti-MPO GN are needed. Ideally, these treatments should supress only the anti-MPO immune response, and thus protect the kidneys from damage.

Tolerogenic dendritic cells promote immunosuppression, and could therefore fulfil the need for a specific, targeted treatment for anti-MPO GN.

Tolerogenic dendritic cells promote immunosuppression in a specific manner, and could therefore fulfil the need for a more targeted treatment for anti-MPO GN. These cells have already been used in phase 1 trials (which test the safety and toxicity of a drug) in patients with other autoimmune diseases. The results have been promising. Dr Odobasic and her colleagues suspected that the treatment could be particularly successful in anti-MPO GN, as the aberrant immune response targets a specific, known protein (myeloperoxidase). Also, in many patients with acute anti-MPO GN, damage to the kidneys can be at least partially reversed with effective treatment, reducing the need for a kidney transplant or dialysis.

In their recent study, Dr Odobasic and her team investigated whether tolerogenic dendritic cells can effectively suppress MPO-specific autoimmunity and thereby limit the associated kidney damage – and, if so, exactly how this occurs.

Mouse model sheds light on autoimmunity
To understand more about the disease pathway of anti-MPO GN, Dr Odobasic and her team previously developed a mouse model that closely resembles the condition in humans. In this study, the team first created suitable tolerogenic dendritic cells by culturing mouse bone marrow cells with a range of carefully-selected substances. These included an inhibitor of the protein complex NFκB, which plays a major role in the pathogen-fighting and proinflammatory abilities of dendritic cells. Importantly, the dendritic cells were also treated with MPO so they can present it and therefore turn off MPO-specific T cells which cause anti-MPO GN. Through this process, the team successfully created tolerogenic dendritic cells that are able to specifically turn off only autoimmunity against myeloperoxidase.

Next, the team induced anti-MPO GN disease in a number of mice. These mice were then treated with the tolerogenic dendritic cells. As the team had hoped, the results showed that injecting tolerogenic dendritic cells can successfully, and precisely, “switch off” anti-MPO autoimmunity, without affecting the immune response to other proteins. Specifically, the researchers discovered that the dendritic cells suppressed the activity of several types of injurious white blood cells, including CD4 T cells, CD8 T cells and B-cells. In this way, the dendritic cells prevented the damage to blood vessels that is characteristic of glomerulonephritis.

The team also discovered that the tolerogenic dendritic cells were able to suppress anti-MPO autoimmunity by inducing a type of immune cell called regulatory T-cells. Regulatory T cells, as the name suggests, regulate the activity of the immune system; crucially, these cells maintain tolerance of self-antigens (proteins expressed by the body’s own cells) and help to prevent auto-immune disease.

A targeted treatment for autoimmune disease
Dr Odobasic’s work has demonstrated, for the first time, that injecting tolerogenic dendritic cells can specifically “switch off” anti-MPO autoimmunity and protect the glomeruli from vasculitis. In addition, other researchers have used tolerogenic dendritic cells in studies of different autoimmune diseases, with similarly promising results.

Together, these results strongly suggest that tolerogenic dendritic cells could be a new, effective and safe treatment for anti-MPO GN. Such a treatment would be a huge benefit for anti-MPO GN patients, improving their quality of life and allowing them to avoid the dangerous side effects that accompany many of the current, non-specific, treatments. In fact, these cells could potentially offer an effective cure for anti-MPO GN, by preventing damage to the tiny blood vessels of the glomeruli.

In future, Dr Odobasic and her colleagues plan to further their research by collecting blood cells from patients with vasculitis. These blood cells would then be purified and treated with an NFκB inhibitor, and incubated with human myeloperoxidase. The cells would then be injected back into the same patient, eliminating the risk of rejection. Hopefully, this will allow the researchers to demonstrate that a patient’s own tolerogenic dendritic cells have the ability to switch off their autoimmunity to MPO. Dr Odobasic also plans to test other types of tolerogenic dendritic cells in anti-MPO GN because the effectiveness and precise mechanism of immunosuppression varies between different types of tolerogenic dendritic cells. This will allow the team to identify the best dendritic cell candidate to be tested clinically.

Ultimately, the researchers hope that positive results from this research will allow them to lead a world-first clinical trial of tolerogenic dendritic cells in treating anti-MPO GN from their base at Monash University, Australia. 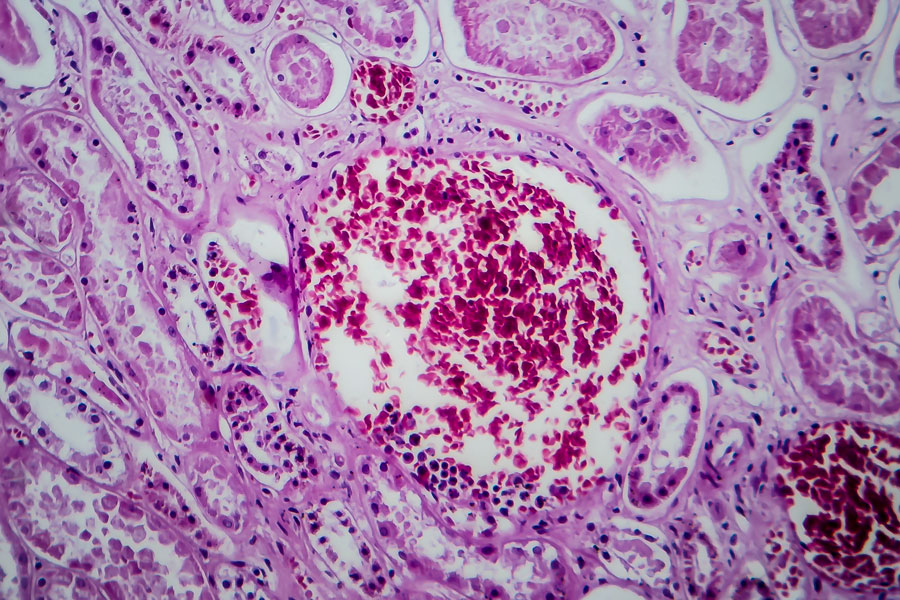 Do you plan to explore the use of tolerogenic dendritic cells in any other conditions?

<> Our published results in anti-MPO GN have formed a strong basis for testing tolerogenic DCs as a therapy for other serious autoimmune kidney diseases such as Goodpasture’s syndrome and anti-Proteinase3 vasculitis. For those conditions, the current therapies consist of the same toxic, non-specific immunosuppressants and the target autoantigens are also known. So, we plan to test tolerogenic dendritic cells in those diseases, too. 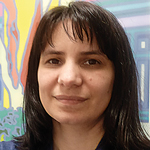 Dr Odobasic is a Research Fellow and an Emerging Leader in the Department of Medicine, Centre for Inflammatory Diseases, Monash University, Melbourne, Australia. Her main research focus is to find safer treatments for autoimmune kidney disease. She is currently testing various cell therapies including tolerogenic DCs, regulatory T cells and stem cells.

The aim of Dr Odobasic’s research is to find better targeted treatments for autoimmune kidney disease.