Physical Sciences
Denis Fedyanin and Alexander Chkhartishvili are researchers at the V.A. Trapeznikov Institute of Control Sciences of the Russian Academy of Sciences in Moscow. They use statistical modelling of social network structures to simulate opinion dynamics and decision making. Their recent work focuses on a consensus analysis of complex social network structures.

The development of online social networks together with their inﬂuence on the social, economic and political aspects of modern society, has triggered an escalation in interest in social network structures. Social networks, however, have been around much longer than the internet. Where people interact with each other, whether they are acquaintances, friends or adversaries, information is exchanged, opinions are influenced and social networks exist. 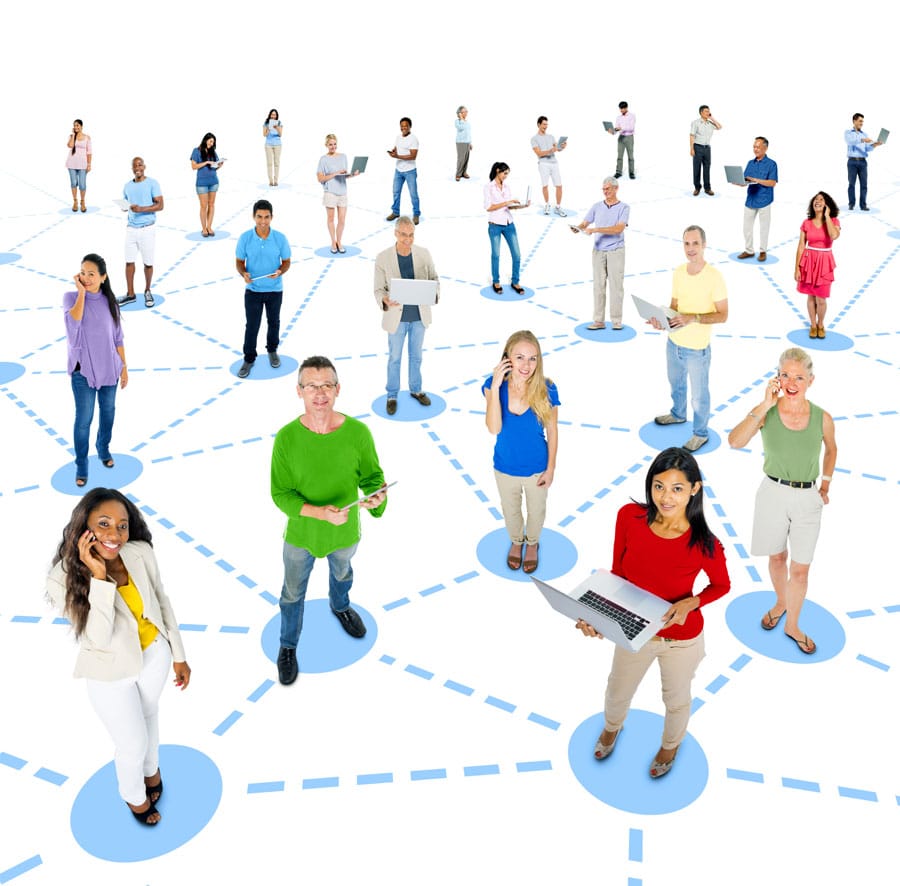 Opinion dynamics
How specific individuals influence the formation of another individual’s opinion is of particular interest to Denis Fedyanin and Alexander Chkhartishvili and their research at the V.A. Trapeznikov Institute of Control Sciences, Russian Academy of Sciences, Moscow. They are using statistical modelling of the network structures to simulate opinion dynamics and decision making. Their recent work focuses on how a group of people, a social network, can reach a general agreement, or consensus of opinion.

The DeGroot model
The researchers have chosen to use the DeGroot model to analytically describe opinion dynamics. This is a network interaction model known for its computational efficiency. The DeGroot model simulates the spread of information and the forming of opinions within a social network. This allows the researcher to understand how the network’s structure influences the transmission of information and the formation of opinion. It also provides a description of how individual members of a group can reach a consensus. 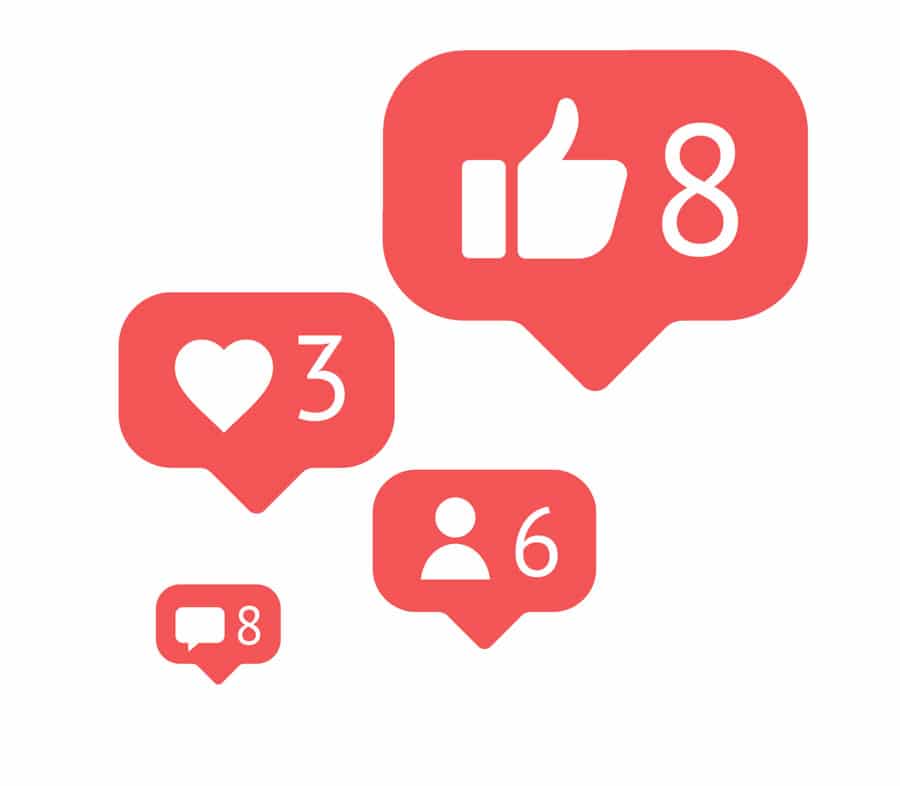 The DeGroot model is based on a Markov chain, a random process where the probability of any future event depends only on its current state, not on its past behaviour; so the future is independent of the past. In this model, an agent is characterised by his or her opinion. Each opinion is allocated by an arbitrary real number; not necessarily a probability as it would be with a Markov chain. The model pools the opinions of each agent into a network model, which gives a prediction on the final opinions of all persons. These opinions coincide if network consensus takes place. The model can also be used to determine how central an individual agent is within a network’s decision making.

Modelling opinion dynamics and consensus
Each agent can be depicted as a node in a network. Initially, each agent has a specific opinion about an issue which is given a numerical value between 0 and 1 that can be a probability or have other interpretations. Opinions are updated over time. All opinions evolve in accordance with an iterative and linear process whereby each agent’s opinion is updating using a weighted average of the other agents’ opinions. These weights are based on influence and confidence. The level of confidence that agent A has in agent B is the same as the level of influence that agent B has over agent A. The total confidence level of any agent is 1.
Agents communicate by exchanging opinions. At each subsequent step, each agent’s opinion is the weighted sum of the opinions of the agents that he or she trusts, where the weights are the levels of confidence. A consensus arises if opinions converge to a single value that is the overall opinion of the network. This is always the case when each person has non-zero confidence and there are no autonomous clusters in the network.

The contribution of each agent to the collective overall opinion can be determined using linear algebra.

Real life opinions
Let us consider a group of friends that form a social network. We have information on their initial opinions regarding a particular issue and we construct a model where each person’s new opinion is a combination of their last opinion and the opinions of their friends. Given this model, we can measure the influence of each person in the group.

It is unlikely that each person just constructs their new opinion based on their previous opinion and the opinions of other people in the social group. It is more likely there are some hidden advisors that can also affect opinion.

Compound nodes
Fedyanin and Chkhartishvili have modified the initial model to include the influence of these advisors in the formation of an individual’s opinion. Where previously each person, or node, in the network was represented by a single agent, each person is now represented by a compound node comprising two agents, external and internal, that interact with each other.

Consensus in networks of compound nodes
Communication between a given node and other network nodes is carried out by the external agent. The internal agent can only interact directly with the external agent in the same node, and can be considered as taking the role of a personal advisor.

The researchers have found that given a measure of the influence of each person in the initial network, they can calculate the new influences in a revised model by including a simple formula incorporating information of how much a person respects his or her values and how their values could be changed by a person’s behaviour.

If there is a consensus in the original model, then repetition of the iterative process over a sufficient period of time leads to convergence in the modified model and results in the formation of the collective overall opinion or consensus of all people in the group.

Application
The process can be applied to the following situation. Ann and Bob have to make a decision. Let us consider two scenarios:

so Ann and Bob involve their advisors.

Someone’s opinion is determined by how much he or she wants to agree or answer ‘yes’ to a particular question. These opinions are shown as colours in the diagram:

Can we derive the consensus opinion in a setting if we know the opinions in another one? Fedyanin and Chkhartishvili have found a solution and stated it using a simple formula.

They have established a model that includes the overall influence of internal factors like confidence in personal advisors.

Conclusions
The DeGroot model is a powerful tool for studying matters relating to the spread of information and beliefs. It provides an explicit basis for measuring centrality within a social network and identifying which individuals have the most influence over the opinions of a group.

Fedyanin and Chkhartishvili have extended the DeGroot model to enable consensus analysis of complex network structures where each node comprises two mutually interacting agents. They have established a model that includes the overall influence of internal factors on their initial opinions, without any restrictions on the number of members in the social network or the number of interactions between them.

The researchers have identified further research involving the examination of the communication processes of nodes with more complicated internal structure, i.e. nodes where more than two agents interact, as well as further complex models of opinion dynamics.

What motivated your interest in researching opinion dynamics and consensus?
<>Opinions play an important role in our life. People easily change their opinions and these opinions lead to decisions and make important changes in the world – such as decisions on global warming, acceptable lines between freedom and security, standards etc. These decisions could have an economic dimension too since they influence the production and sales of goods and, this knowledge could be converted to economic benefits in a simple way. All this reasoning means that prediction of opinions deserves one’s interest. 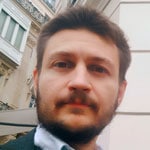 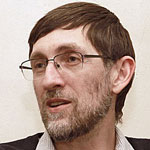 Denis Fedyanin received his Master’s Degree in Applied Mathematics and Physics from the Moscow Institute of Physics and Technology. He is a researcher with both the Active Systems Laboratory at the V.A. Trapeznikov Institute of Control Sciences, Russian Academy of Sciences, Moscow and the International Laboratory for Logic, Linguistics and Formal Philosophy at the Higher School of Economics.

Dr Alexander Chkhartishvili has graduated from the Faculty of Computational Mathematics and Cybernetics of Lomonosov Moscow State University. He is a Doctor of Science in Mathematics. Dr Chkhartishvili is the head of the Complex Networks laboratory at V.A. Trapeznikov Institute of Control Sciences, Russian Academy of Sciences, Moscow. He previously worked at the Faculty of Public Administration at Lomonosov Moscow State University.