Biology
The ability to sense and respond to changes in oxygen is essential for survival. Dr Ángela Gómez-Niño and Dr Asuncion Rocher along with their research team at Valladolid University aim to better understand the physiology and pathophysiology of oxygen sensitivity. In particular, the team employ the use of the guinea pig as a model to explore the mechanisms that mediate long-term effects of exposure to low oxygen levels. With its unique oxygen-sensing systems, the guinea pig promises to be an invaluable tool to study and understand the pathological effects occurring in sleep apnoea disorder.

Hypoxia is the reduction of oxygen supply to tissues to below normal, physiological levels. Hypoxia can be produced, for example, by exposure to high altitudes. Mammals have developed different oxygen-sensing mechanisms to maintain the oxygen supply within cells in response to hypoxia. When the body senses a decrease in oxygen, its strategy is to increase breathing depth and rate (hyperventilation), in addition, the heart beats faster. These strategies are controlled through feedback mechanisms triggered by sensory receptors called chemoreceptors. One of the main chemoreceptors responsible for oxygen-sensing is the carotid body (CB), which monitors and responds to changes in the partial pressure of oxygen and carbon dioxide in arterial blood.

Carotid body chemoreceptors are stimulated by hypoxia
The CB is found in carotid arteries – the main arteries that run along both sides of the throat – and is sensitive to the levels of blood gases. The CB has a high density of blood vessels and is made up of a cluster of specialised cells, called type I cells, that are connected by nerve endings from the carotid sinus nerve, a branch of the ninth cranial pair nerve. Upon detecting a drop in blood oxygen levels (or excessive carbon dioxide in the blood, known as hypercapnia), type I cells release specialised signals (known as neurotransmitters, for example, catecholamines, ATP and acetylcholine) that stimulate the carotid sinus nerve, carrying chemoreceptor information to the brainstem to initiate reﬂex responses. In this way, the CB reflex response, triggered by hypoxia, restores oxygen blood concentration to its normal level. Information from the CB is thus transmitted to the brainstem, which increases breathing frequency (hyperventilation) as well as stimulating the nervous system (sympathetic activation), thereby counteracting the effects of hypoxia.

A research team at the University of Valladolid, led by Dr Ángela Gómez-Niño, Professor at the Department of Cell Biology, and Dr Asuncion Rocher, Professor of Physiology, explores the mechanisms involved in oxygen sensing and transduction in CB arterial chemoreceptors. Their research has implications for hypoxia-related pathologies, particularly sleep apnoea disorder. One exciting focus of their work employs the use of the guinea pig. The guinea pig represents an exciting model to help better understand the underlying mechanisms mediating the long-term effects of hypoxia exposure. Specifically, their newly proposed model has important implications for understanding the role of the CB in mediating the pathological effects observed in sleep apnoea disease.

The team are exploring the guinea pig as a model to better understand the mechanisms that mediate long-term effects of exposure to low oxygen levels.

Obstructive sleep apnoea
Sleep apnoea is a serious sleep disorder that occurs when a person’s breathing is interrupted during sleep; loud snoring and episodes of breathing interruption during sleep are classic symptoms. In sleep apnoea disorders, breath can become very shallow or may even stop briefly during the sleep. In severe cases, the condition causes breathing to repeatedly stop and start during sleep meaning that the brain, and the rest of the body, does not get enough oxygen. Chronic intermittent hypoxia (CIH) is thought to be one of the main causes of arterial high blood pressure observed in obstructive sleep apnoea syndrome. It is believed that repeated episodes of hypoxia/re-oxygenation produce oxidative stress, inflammation and sympathetic hyperactivity, generating dysfunction of the blood vessel lining (endothelium) and high blood pressure. Indeed, recent evidence suggests a positive correlation between CIH, increased CB responsiveness and high blood pressure (hypertension), and an increased risk of heart disease.

Chronic intermittent hypoxia
Animal models exposed to recurrent hypoxia and re-oxygenation episodes in CIH show increased CB sensitisation, which in turn increases the secretory response and chemoreceptor input to the brainstem, exaggerating the resulting nervous reflex (sympathetic reflex). Experiments have shown that if the CB is removed, these effects can be reduced in response to intermittent hypoxia. The majority of hypertension research is conducted on rodents, due to similarities between rodent and human blood pressure control and cardiovascular responses. In contrast, experiments using guinea pigs, originally from the Andes, showed a different response in early studies led by Dr Gómez-Niño. Her work demonstrated that guinea pigs show a poor or no ventilatory response to hypoxia compared to other mammals.

Dr Gómez-Niño’s intriguing research demonstrates that unlike other rodents, the poor ventilatory response to hypoxia in guinea pigs is due to low levels of functional CB. The team measured the guinea pig CB response to hypoxia and compared it to the well-known rat hypoxic response. Their research, published in Frontiers in Physiology, demonstrated for the first time the absence of the hypoxia-driven CB reflex in the guinea pig. This lack of guinea pig CB response to hypoxia would suppress the chemo-reflex sensitisation, reducing or eliminating the respiratory and nervous reflex (sympathetic reflex) effects of intermittent hypoxia exposure. The lack of response to hypoxia showed that CIH does not modify the excitability of the CB. Their research did show, however, that intermittent hypoxia-induced sympathetic hyperactivity and promoted cardiovascular responses by increasing heart rate and arterial blood pressure and that this is independent of CB stimulation.

Investigating the lack of response to hypoxia
Dr Gómez-Niño went on to test the idea that this lack of CB hypoxia response in guinea pig would suppress chemo-reflex sensitisation, thereby attenuating or eliminating respiratory, sympathetic and cardiovascular effects of CIH treatment. The research team set out to explore whether the guinea pig CB can be overactivated by CIH; their aim was to correlate the CIH effects on CB chemoreceptors with cardiovascular and respiratory responses to hypoxia.

To mimic the situation of an obstructive sleep apnoea patient, the team exposed male guinea pigs to acute hypoxia (30-day exposure to CIH). They measured CB secretory activity, ventilatory parameters, systemic arterial pressure and sympathetic activity. Their results showed that guinea pigs exposed to CIH lack activity (as measured by release of catecholamine. Only severe hypoxia (7% O2) resulted in an increased ventilatory response and oxygen consumption to the CIH animals. In other words, CIH exposure blunted hyperventilation to hypoxia normalised to oxygen consumption. However, the team found that catecholamine levels were increased in the blood, suggesting that CIH induced nerve activity. The team concluded that CIH does not sensitise the CB chemoreceptor response to hypoxia but promotes cardiovascular adjustments, albeit not via the CB activation.

The team showed an absence of the hypoxia-driven CB reflex in the guinea pig.

A model to investigate chronic intermittent hypoxia
Dr Gómez-Niño and Dr Rocher postulate that the absence of the hypoxia-driven CB reflex in the guinea pig is could be similar to that seen in neonatal mammals (In Olea et al., 2018 the team showed that it is not the case). Neonatal mammals have an immature CB chemoreflex and respond to hypoxia through another pathway – via the direct effect of hypoxia on, the adrenal medulla. (It could be through the hypoxic stimulation of specific areas in the central nervous system).

Excitingly, the researchers at the University of Valladolid believe that the guinea pig represents a useful tool for examining the mechanisms underlying the long-term effects of CIH exposure – in particular, the brainstem sensitivity to hypoxia and cardiovascular responses generated by intermittent hypoxia. The team’s hope is that this model will also provide evidence for the role of the CB mediating pathological effects in sleep apnoea diseases. Dr Gómez-Niño and Dr Rocher’s next steps are to examine the missing mechanisms that underlie the lack of effects of intermittent hypoxia on the guinea pig CB to provide evidence for its role in mediating hypertension observed in sleep apnoea disorder.

What first drew you both to the guinea pig as a potential model organism to use in your research?
<> Our previous experience working on mammal arterial chemoreceptors was based mainly on rats. We have used the rat as a model to mimic chronic intermittent hypoxia, the hallmark of sleep apnea disorder symptoms that appear in patients. The literature showed that guinea pigs did not hyperventilate in hypoxic environments what led us to characterize the guinea pig carotid body. We demonstrated that guinea pigs have a hypo-functional carotid body, without adaptation to chronic hypoxia. Based in our hypothesis of the carotid body as the origin of sleep apnea symptoms, we decided to use guinea pigs as a model to study the effects of intermittent hypoxia exposure. 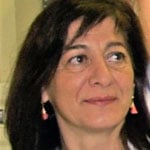 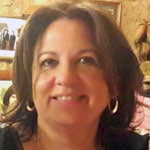 Dr Ángela Gómez-Niño is associated professor teaching cell biology and her research is focused on the mechanisms involved in oxygen detection and transduction in the carotid body arterial chemoreceptors and the hypoxia-related pathologies, mainly those associated to sleep apnoea disorders.

Dr Asuncion Rocher is Professor of Physiology at the Medical School of the Valladolid University where she teaches graduate and postgraduate courses in physiology and biomedicine. Her research is focused on arterial chemoreception, oxygen sensing and hypoxia-related pathologies.

Dr Ángela Gómez-Niño and Dr Asuncion Rocher along with their research team at Valladolid University aim to better understand the physiology and pathophysiology of oxygen sensitivity. In particular, the team employ the use of the guinea pig as a model to explore the mechanisms that mediate long-term effects of exposure to low oxygen levels. 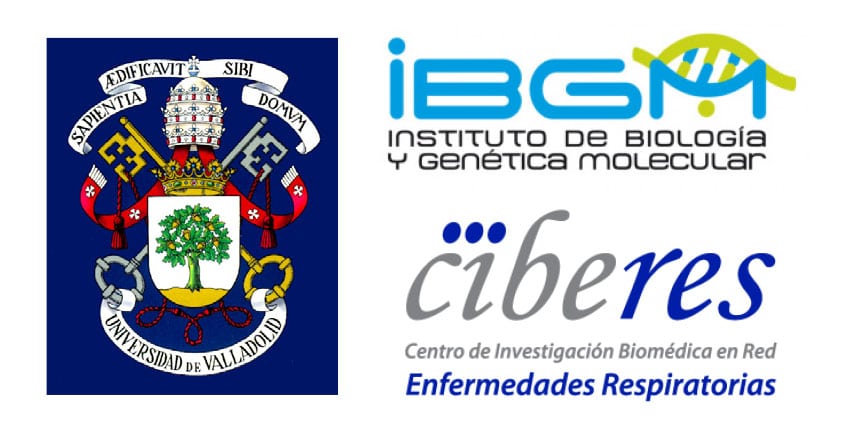