In the US there’s a growing call from academics and advocates with significant experience in the country’s child welfare system for fundamental reform. Professors Lisa Merkel-Holguin and Ida Drury, colleagues from the Kempe Center for the Prevention and Treatment of Child Abuse and Neglect at the University of Colorado, and a national advocate, have catalogued multiple stages within the current system they see as oppressive and prejudiced against families who are part of racialised or ethnic-minoritised groups and/or who are poor. The researchers suggest that kin-first and community-based programmes, instead of agency-led policies and decision-making, will provide a more supportive and holistic system to serve vulnerable children and families.

Adult human nature to protect a child, especially one that is vulnerable, is the closest we have to instinct – it is embedded in our DNA. Purposefully harming a child is therefore considered egregious by almost all civil societies. So, when social systems that purport to have children’s welfare at their heart instead cause long-term suffering, something has gone terribly wrong. And if those same systems are prejudiced against families from certain cultures or communities, the problems run even deeper and oppressive structures flourish. Experts in the US believe that the country’s child welfare system is doing just that, and that reform is long overdue to dismantle administrative structures that perpetuate the harm.

The Kempe Center for the Prevention and Treatment of Child Abuse and Neglect, based at the University of Colorado’s School of Medicine in the US, is an academic institution focused on better understanding and preventing child maltreatment, and serving affected children and their families. It has a remarkable heritage – it is the first such centre in the country, dating back to 1972 – and is a respected authority in the field. The Kempe Center’s advocacy, research, education, and clinical work drives innovative and transformational strategies in child and family well-being.

Lisa Merkel-Holguin, Associate Professor, and Ida Drury, Assistant Professor, are part of a team of current and former child welfare practitioners, researchers, and administrators at the Center speaking out on what they see as ingrained oppression in the US child welfare system. The authors argue that what is supposed to be a support system to protect the most vulnerable has morphed into a fortified composite of structures and administrative barriers that are not only dismembering the family network and thus harming children, but also perpetuating discrimination. 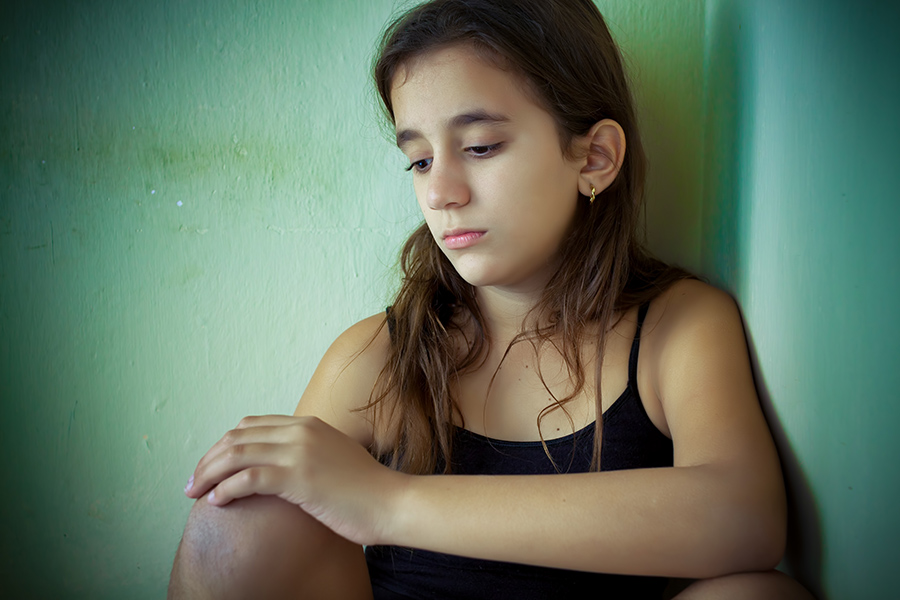 At first glance, the US is a case study in state care for the welfare of children. State and federal laws mandate the reporting of any suspected case of child neglect or abuse. That should be a good thing, but some state laws threaten to punish those mandated with reporting duties – such as teachers, childcare providers, clergy, medical officers, and police and law enforcement officers – who do not report such cases with the possibility of serving jail terms of up to five years, paying fines, or revoking professional licenses. Furthermore, over the years, successive amendments to those state laws have incentivised the reporting of suspected crimes by lowering the burden of proof of neglect or abuse and giving mandated reporters protection from criminal and civil liability. It doesn’t take much of a stretch of the imagination to see why mandated reporters might err on the side of uncertain suspicion – and the problems that might arise as a result.

Research has shown that individual perceptions of risk to children are subjective and shaped by perceptive contexts such as culture.

Given the gravity of an accusation of neglect or abuse, it should carry a significant burden of evidence on the person reporting it. In the US, however, substantiating such a case is particularly open to interpretation. Different states disagree on the definition of child maltreatment and the evidence needed to support it. This provides significant discretion to a Child Protective Services (CPS) investigator who often lacks the experience around diverse cultural contexts, agency norms, supervision, and bias. Thus, inconsistencies abound at this decision point, with only a few, typically time-limited options, if a caregiver wishes to appeal the historical record. These findings then persist in the lives of families for decades, if not generations.

The authors have uncovered how reporting, substantiation, and service-provision rates differ markedly across all states in the US, suggesting confusion about the substantiation of child mistreatment claims, together with a lack of consistency in responses to it. While some children do receive the help they need, the researchers present studies showing similarities between cases that were substantiated and others that were not. This has serious implications for families who fall foul of an arbitrary judgement, especially given the ramifications of the subsequent processes they are subject to.

Once a case has been substantiated, the ‘perpetrator’s’ name and the case details are added to a central registry. These details differ between states, as do the appeal processes an alleged perpetrator must follow to remove their name from the registry; sometimes they’re not even aware they’re on it. The ramifications of inclusion on the registry are severe – it limits employment opportunities and access to financial support services. For someone who is already economically disadvantaged this can effectively be a life sentence of poverty for them and their family.

The effects of this would be bad enough for anyone caught up in the system, but what if reporters’ suspicions are also shaped by bias? For Merkel-Holguin, Drury, and their colleagues, mandated reporting is only the first step in what they see as an oppressive system. They quote research and experience showing how families from Black, Indigenous, or other racial or ethnic minoritised groups, and children living in low-income neighbourhoods, are overrepresented in reports of suspected maltreatment. The bias behind such reporting need not be explicit. Research has shown that individual perceptions of risk to children are subjective and shaped by perceptive contexts such as culture – with serious consequences for those who are culturally dissimilar to representatives of the system. This bias becomes self-perpetuating in some US child protection services whose admissions and management processes are fed by algorithms – algorithms that work on big datasets that are themselves inherently biased and racist. So, a biased report becomes further ‘evidence’ for use in the biased system.

The future of a child removed from a suspected situation of neglect or harm then lies in the hands of the same authority that has built-in bias and disparities in judgement, and their decision-making processes continue to introduce further discrimination. The CPS, and ultimately the courts, will invariably determine where the child goes. Background checks to search for appropriate family caregivers will tap into other registries such as the criminal justice system, itself laden with discrimination and inconsistencies. This then perpetuates discrimination against (and overlooks the potential of) collective cultures that value the shared responsibility of child rearing, typically resulting in the child being sent away from their family entirely. There is growing evidence that child removal from their family inflicts trauma; it shatters family connections, a sense of belonging, and cultural protective norms.

Meanwhile families who need help find themselves blamed, punished and/or persecuted by the child welfare system and are wary of becoming entangled in it, leading to accusations of non-compliance: ‘Uncooperative and aggressive, are words particularly used to describe African American mothers, or any parent, relative or youth who has the audacity to challenge the authority of the myriad of system professionals,’ says Merkel-Holguin.

Instead of focusing on mandatory reporting, a reformed system would prioritise mandatory support and service provision.

A child in the US receiving ongoing welfare services then faces other forms of discrimination. Therapy and therapeutic interventions are born out of psychology, and research into the psychology of racial and ethnic minoritised groups in the US, especially children, is sorely lacking. As a result, ongoing psychological tools and assessments risk being ‘mis-cultured’. As an example, according to research cited by the Kempe Center it is common for White children to display depression by withdrawing, whereas Black children can display depression outwardly which can be interpreted as aggressive and combative. Furthermore, children in foster care are three times more likely to have a diagnosis of attention-deficit hyperactivity disorder compared to the general population. This is important to note, given that Black and American Indian/Alaskan Native children are overrepresented in foster care – victims of a system that is intended to guard their mental and physical wellbeing.

Changing a child welfare system so bedevilled with inconsistency and discrimination will not be easy – it exemplifies a broader socio-political malaise; but change is clearly necessary. And incremental reforms are not enough; the authors say nothing will change until the biased structures themselves are dismantled – something they urge other academics to come together to achieve.

Merkel-Holguin and her colleagues advocate for ‘a different paradigm for decision-making, one that vests authority in children, families and communities, supported by information provided by child welfare professionals.’ Instead of focusing on mandatory reporting, such a system would prioritise mandatory support and service provision. The case for child neglect and abuse should be unequivocal across all states and charges thereof should follow due criminal process, replacing the child abuse central registry with applicable criminal registries. The authors also encourage prioritising the child’s broader kin or community if children who have experienced abuse or neglect may need to be placed in foster care, rather than searching other registries for a whiff of a reason not to. As much as possible, families and close communities should play a role in the care of children, not strangers appointed by courts.

Such changes will require a rethink of the roles of child- and family-serving government workers. Instead of surveillance and reporting they should focus on service, supporting family structures and encouraging them to integrate into community infrastructures that can provide ongoing help. Developing such kin-first programmes instead of agency-led policies will provide a more supportive and holistic welfare system. Importantly, it will be more representative and respectful of American society’s ethnic and cultural diversity. And critically, it will provide better care for children and more support to families.

You are calling for fundamental change to the highly complex child welfare system in the United States. Where is an effective place to start?

We encourage anyone interested in transformation or abolition to ask a few fundamental questions about the various structures, policies or programmes that are embedded in the child welfare system: 1) Why do they exist? 2) What is their purpose? 3) From what values do they emanate? 4) Are they common sensical and understandable to the average person? The answers of ‘just because’ or ‘we have always done it that way’ are no longer satisfactory. As former President Barack Obama once said: ‘Let’s get to work.’

Overturning oppression in the US child welfare system was last modified: August 9th, 2022 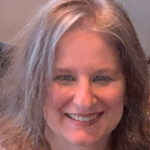 Lisa Merkel-Holguin is an associate professor of pediatrics and co-director at the National Center on Family Group Decision Making, Kempe Center, Department of Pediatrics, University of Colorado School of Medicine. She is an academic, innovator, agitator, and critical thinker who bridges policy, research, and programme development.