Health & Medicine
Advances in modern surgery have been dependent upon advances in anaesthetic management. However, anaesthesia can have detrimental effects, as it is usually associated with reduced blood pressure, cardiac output and oxygen delivery. To counteract these changes, large quantities of intravenous fluids have been administered both during and often for many hours post-surgery. This was in an attempt to maintain blood pressure by compensating for the so-called ”third space loss” from the circulation into the interstitial space. However, this “third space” loss has now been deemed erroneous and surgeons and anaesthetists have now become concerned about the side effects of this fluid overload. Drs Green and O’Brien have looked at how the use of intraoperative monitoring and management protocols can mitigate some of the deleterious effects of anaesthesia on the circulation without the need for excessive fluids. This has resulted in a fundamental and paradigm shift in our understanding of the physiology of the circulation and blood pressure control.

The intricate nature of modern surgery stands diametrically opposed to the rapid limb amputation in pre-modern surgery. Surgery has become much safer through many changes, most notably anaesthetic management. Although this has enabled much sicker patients to be operated upon and for much longer durations than was previously possible, modern surgery is also unfortunately associated with high morbidity and mortality. One important feature of operative management, closely associated with anaesthesia, is fluid management.

Fluid management involves the administration of intravenous (IV) fluid therapy by anaesthetists throughout surgery. IV fluid is often given just before the operation, to prepare the patient’s body for surgery, during surgery to maintain blood pressure and oxygen delivery, and after surgery to assist with the recovery process. 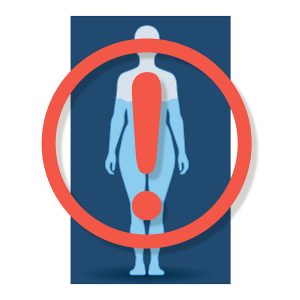 Whilst anaesthesia is essential for keeping the patient unconscious and pain free, it also creates other problems. Anaesthesia depresses not only the central nervous system to render the patient unconscious but also the cardiovascular system. The latter effect is to reduce blood pressure and cardiac output, which leads to lower levels of tissue oxygen delivery during surgery, thus creating an oxygen debt which can be substantial depending on the extent and duration of surgery and anaesthesia. Unsurprisingly, depriving your cells of oxygen can inevitably lead to tissue damage, organ dysfunction and failure if this oxygen debt is not quickly repaid. But what was the physiological mechanisms behind the drop in blood pressure?

Within a three and a half hour operation, a patient can be given the sodium they would normally require in six days.

Sixty years ago, a pioneering study described the concept of the “third space fluid loss”, in which patients could accumulate significant amounts of “internal” fluid loss during surgery. The study suggested that potentially large volumes of fluid flowed from the functional circulation into another part of the body – the interstitial space, which is the gap between cells in tissues throughout the body. This occult “internal” fluid movement and loss from the circulation was identified as the causal link for the reduction in blood pressure as it reduced the volume of the functional circulation on which blood pressure, cardiac output and oxygen delivery depend.

This “new” model appeared to provide a simple and effective solution: replace the fluid leaking out of the patient’s blood vessels with a fluid solution that contains similar electrolytes found in normal body fluid. Any fluid lost from the blood vessels would be replaced by an identical fluid. Blood pressure would be maintained at baseline pre-surgery levels, allowing the cardiovascular system to deliver adequate supplies of oxygen to the tissues and reduce complications. It was a seemingly simple solution to a daunting problem, a potentially life-saving method.

A simple (IV-based) solution?
The concept of “third space” fluid loss led, both literally and figuratively, to a new practice of “high volume IV therapy” during surgery. However, often the amounts of fluid and electrolytes administered were excessive as compared to normal daily requirements.

Surgeons and anaesthetists thus began to seriously debate the topic of perioperative fluid management: what fluids to use and how much IV fluid should the patient receive. Should there be a “liberal“ administration of fluid, or have we gone too far and perhaps a “restrictive“ volume of fluids is more appropriate?

Unfortunately, the excess fluid isn’t just a waste of perfectly good electrolyte solution. In fact, research has shown that “third space” fluid loss can actually be created by a “liberal” – i.e. a large volume – of fluid treatment. Researchers investigated the impact of fluid management on the endothelial glycocalyx, which is a layer of carbohydrates that lines the cell walls of the blood vessels. In a cruel ironic twist their research suggested that the fluid overload damages the endothelial glycocalyx, which creates leakage into the interstitial space.

It’s easy to see why high-volume fluid treatment could be considered dangerous. It’s a procedure in which you pump an abnormal volume of liquid into a person; the fluid includes ions such as sodium ions, and just one litre of a standard IV solution may contain two days’ worth of ions. Within a three and a half hour surgical procedure, a patient can be given the sodium they would normally require in six days.

A “liberal“ volume of IV fluid injected into the patient during surgery may lead to heart, lung, and intestinal problems in the post-operative period. It also disrupts the healing process as well as causing acidosis. This is particularly problematic in elderly patients, who due to the physiological effects of ageing are at higher risk of complications. They also undergo surgery in proportion to their numbers four times more often than younger people.

A new solution – using less solution
Dr David Green, an anaesthetist based at King’s College Hospital, began looking for a new solution to this vexing problem with his colleagues, one which promises to address the problems of reduced blood pressure and oxygen delivery and the subsequent tissue damage, but without the harmful effects of fluid overload. This involves both a practical change in using different treatments and utilising new equipment, and a broader shift in the theoretical framework employed.

Intraoperative monitoring (monitoring patients during surgery) is an essential feature of this new approach. Recent advances in medical technology have provided anaesthetists with improved monitors which can now give precise measurements of the patient’s body, whilst being almost completely non-invasive.

One of Dr Green’s papers explores this monitoring in great depth, arguing for a “multimodal“ monitoring approach (MMM) for high-risk surgery patients. This includes measuring the blood flow, the “depth“ of the anaesthetic induced shutdown of your central nervous system, and how much oxygen the brain and the body’s tissues receive with near-infrared technology. Whilst the results need to be corroborated with larger randomised clinical trials (RCTs), it does show promise for the use of these new monitoring technologies.

Practically, it involves changing the way anaesthesia is administered to patients. This includes a more carefully titrated approach to anaesthesia. It is facilitated by the new monitoring equipment, thus allowing better assessment of the effects of anaesthesia on the individual patient. This helps to maintain blood pressure, cardiac output and oxygen delivery. The technique also includes the infusion of small doses of vasoactive drugs such as phenylephrine, which help to stabilise blood pressure and maintain cardiac output and oxygen delivery without requiring fluid overload.

This reflects a theoretical paradigm shift within our understanding of blood circulation within surgery, and general physiology.

As the effects of anaesthesia can now be measured during the operation, it’s possible to micromanage the effects of IV and inhalational anaesthetic drugs given to the patient throughout the operation. Precise and limited amounts of IV fluids can reduce the dangers of fluid overload whilst still maintaining blood pressure and oxygen delivery.

This reflects a theoretical paradigm shift within our understanding of blood circulation both during surgery and anaesthesia. Dr Green and his colleagues were able to devise this management solution when they realised that the fall in blood pressure associated with anaesthesia isn’t due to the fluid lost to the interstitial space. Rather, it’s caused by specific effects of anaesthesia on the venous circulation. Anaesthesia dilates the veins and this increased venous capacity leads to blood flowing from the arterial circulation in an attempt to fill this now enlarged space with an inevitable fall in blood pressure as a result.

The previous assumption presumed it was predominantly dilation of the arterial vessels and not the venous circulation which led to reduced blood pressure and led to tissues not receiving the blood (and oxygen) they need. Offsetting this “venodilation” with low doses of vasoconstrictive drugs acting mainly on the venous circulation such as phenylephrine can help to restore and maintain blood pressure while maintaining cardiac output and oxygen delivery.

In contrast, vasoconstrictive drugs which at higher doses predominantly cause tightening or constriction of the arterial circulation will also restore blood pressure but their use also runs the risk of reducing tissue blood flow and oxygen delivery, as the heart has to overcome a higher resistance to flow out to the main arteries. This is the opposite of what is needed! Sophisticated monitoring of cardiac output (such as derived from using the LiDCO Rapid, LiDCO PLC, UK, now part of Masimo Corporation, USA) is needed to make sure that cardiac output is not adversely affected by the use of powerful vasoactive drugs.

This research and the results obtained helped to create a new model of how blood pressure is controlled not only during anaesthesia but also generally. This reflects a broader paradigm shift in physiology as researchers have begun to look much more closely at the importance of the venous circulation. It’s a reminder of the revision that medicine constantly undergoes.

In terms of a shift towards analysing venous circulation and venodilation in blood circulation, what impacts could you see this having on research?

How practical are your new recommendations for healthcare systems? As they are reliant on multiple pieces of monitoring technology, can institutions like the NHS feasibly afford to implement your suggestions?

<> All the technology mentioned, such as evaluating depth of anaesthesia, tissue oxygenation and blood flow (the three main components of multimodal monitoring, MMM) are all available and now relatively inexpensive. The savings and patient benefits accrued due to reduced complications and mortality which I believe are possible if this technology is used correctly are enormous. In 2021 MMM has been facilitated by the integration of monitoring technologies, as shown in Figure 2a and 2b.

A paradigm shift for fluid management in surgery was last modified: March 19th, 2021 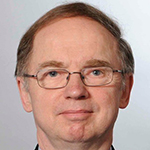 Dr Green’s research interests include the investigation of circulatory physiology and patho-physiology during anaesthesia.