Biology
When the human body is challenged by infection, the defences of the immune system are called into action. Dr Malini Sen of the Indian Institute of Chemical Biology is leading research into the role of a protein called Wnt5a in defending against invading pathogenic microorganisms. Wnt5a is found in macrophages, large white blood cells that form one of the first lines of defence against infection. Dr Sen and her team have shown that Wnt5a signalling plays a key role in helping macrophages to engulf and destroy invading microorganisms.

When an infection enters the human body, it triggers a sophisticated, complex and targeted immune response. The invaders can take many forms – bacteria, viruses, parasites – but whatever the challenge, the forces of the immune system have a response. As part of the first line of defence, macrophages (a name that comes from the Greek term for “big eaters”) are a vital component of the immune response. In a process called phagocytosis, these large white blood cells locate, engulf and destroy threats to the body. These threats can include pathogenic bacteria and other invading microorganisms, foreign substances, cancer cells and cellular debris.

Extensive research has shown that phagocytosis involves a complex yet highly coordinated cascade of events. A variety of different proteins and lipids on the macrophage cell surface work together to capture a bacterium and draw it into the cell. Within the macrophage, numerous organelles and protein-lipid interactions result in pathogenic bacterial clearance in a process called xenophagy. Xenophagy, an innate component of the immune system, makes use of the cell’s own autophagy (literally, “self-eating”) machinery to break down the proteins and organelles of the invading microorganism.

Evading the macrophage
Sometimes, however, a microorganism gets the better of a macrophage, leaving the body without one of its most important defenders. When this happens, people can develop chronic illnesses that fail to respond to treatment. For example, patients with diseases such as Chronic Obstructive Pulmonary Disease (COPD) can develop sepsis as a result of infection by drug-resistant bacteria like Streptococcus pneumoniae or Pseudomonas aeruginosa. Sepsis is a life-threatening condition that can cause multiple organ failure, and is triggered by the body’s own overwhelming immune response to an infection. Sepsis remains difficult to treat and is considered to be a global health concern.

To better understand how some pathogens are able to evade the body’s immune defences, Dr Sen and her team investigate the ways in which the immune system is maintained. Macrophages need to be primed and maintained in a constant state of readiness if they are to be effective. Key to this process is a protein called Wnt5a.

The role of Wnt5a in the immune response
The protein Wnt5a belongs to a family of secreted glycoproteins that are involved in transmitting cellular signals. Wnt5a binds to two proteins that transverse the cell membrane: either the protein Frizzled (Fz), or a type of cell-surface receptor protein called ROR, or both. In the early stages of mammalian development, Wnt5a is involved in cell growth and differentiation. During this time, Wnt5a plays a vital part in cell migration and cytoskeletal reorganisation (arranging and supporting the internal structure of the cell). Dr Sen and her colleagues decided to investigate whether Wnt5a might contribute to the process of phagocytosis in a similar way.

In 2012, Dr Sen and her team published the results of a study with a non-pathogenic lab strain of bacteria that showed that signalling between Wnt5a and Fz plays an important part in the phagocytosis of bacteria where bacteria are “eaten” by the macrophage while being broken down and thus rendered harmless. The team demonstrated this by creating two models: one where Wnt5a production was inhibited and one where the Wnt5a receptor Fz5 was blocked. In both cases, uptake of bacteria into the macrophage was inhibited. In a follow up study, published recently, Dr Sen and her team demonstrated the effect of Wnt5a-Fz5 signalling on phagocytosis and bacterial clearance (xenophagy) of pathogenic bacteria.

Dr Sen and her colleagues established that basal (i.e. constant, low-level) Wnt5a signalling both keeps macrophages prepared to perform their innate immune functions and supports their survival. The team found that the recognition and internalisation of bacteria and viruses is partly dependent on a homeostatic Wnt5a-based signalling system.

Wnt5a and leishmaniasis
While establishing the crucial role of Wnt5a in tackling pathogenic bacteria the team decided to broaden the scope of their research. In 2017, Dr Sen and her colleagues published their findings on the role of Wnt5a signalling in infection by the parasite Leishmania donovani. L. donovani causes the most severe form of the disease leishmaniasis, known as visceral leishmaniasis or “black fever.” This condition is the second-largest parasitic killer in the world (after malaria) and causes symptoms including fever, anaemia and swelling of the liver and spleen.

Leishmania donovani is a cunning parasite, able to not only evade the host’s immune defences but to actually use those defences to survive. When a macrophage engulfs L. donovani, the parasite creates a protective space, or niche, for itself. These safe spaces are termed parasitophorous vacuoles (PV). Sequestered in its parasite niche, L. donovani is safe from the digestive mechanisms that would normally destroy microorganisms within the macrophage. However, exactly how L. donovani and other parasitic infections form and sustain PV and avoid destruction remains unclear.

The key to the puzzle may be found in the cytoskeleton, the structure that provides mechanical support and maintains internal organisation of the cell. There is an established link between bacterial pathogenesis (the way in which bacteria cause disease) and the cytoskeletal dynamics of the host cell. The protein Wnt5a is also known to have an important relationship with the cytoskeleton. Dr Sen and her team, therefore, theorised that Wnt5a signalling could influence the formation of PV by L. donovani.

Dr Sen and her colleagues observed a decrease in Wnt5a in macrophages infected by L. donovani. The parasite likely achieves this by suppressing Wnt5a signalling in the host cell and/or through the use of its proteases, enzymes that can break down host proteins. The consequent reduction in Wnt5a protein could cause alterations to the macrophage cytoskeleton and disrupt immune homeostasis. L. donovani would then be able to take advantage of the abnormal changes to build a protective niche within the macrophage.

The future
During their research, Dr Sen and her team also discovered that bolstering Wnt5a signalling within a macrophage reduces parasite survival, probably because Wnt5a triggers fusion of lysosomes (small organelles containing destructive enzymes) with PV. This finding is potentially hugely significant in tackling infections by L. donovani and other parasites that are able to evade the host immune response. While L. donovani thrives by inhibiting Wnt5a signalling in the host cell, boosting Wnt5a function could potentially form the basis of a new treatment route for leishmaniasis.

Dr Sen and her colleagues hope that the knowledge gained from their research will help to increase understanding of both the strategies invading microorganisms use to evade their host’s defences, and the ways in which immune responses strive to resist and repel these attacks. One day, this knowledge could be used to develop protocols to support and enhance the function of macrophages and other immune cells in patients with weakened immune systems, thus preventing the spread of deadly pathogens.

What are the next steps in investigating the role of cytoskeletal dynamics in the immune response?

What are your future plans for research in this area? 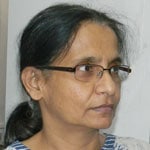 Dr Sen earned her Bachelor’s degree from Calcutta University, India and her PhD from Albert Einstein College of Medicine, NY. She was an Arthritis Investigator at the Dept. of Medicine, UCSD and became a faculty member in the Indian Institute of Chemical Biology, a unit of CSIR, India in 2007.

Dr Sen’s research looks at deciphering the role of mesenchymal stem cell factors such as Wnts in various aspects of immune homeostasis, immune response to infection and inflammation.