Biology
Potato is a hugely important crop worldwide, being eaten across the world and across cultures. Increased crop productivity and strength will help cater for the increasing global population, and also serve to reduce famine in challenging and impoverished environments. The potato breeding company Solynta in The Netherlands has successfully produced a hybrid breeding program for potatoes which will allow the rapid selection and turnover of favourable traits, traits which could help feed millions of people worldwide.

Potato breeding techniques are lagging far behind those of other popular crops such as rice, maize, and wheat. This is because potato breeding suffers hinderances through its genetic complexity, resulting in slow progress. The cultivated potato Solanum tuberosum is tetraploid, meaning it has four sets of chromosomes – in this situation, it is easy for unfavourable alleles to make their way unseen into the next generation, and introducing new, favourable traits can be very tricky.

At Solynta, a potato seed breeding company based in Wageningen, Holland, an innovative method for targeted breeding has been developed which will change the production and global distribution of potatoes. This method allows for the combination of beneficial traits from different potato varieties to make ‘elite’ progenies which have a higher yield, disease resistance, and of course, better taste. Furthermore, this method allows for vastly improved transportation which will be done at the seed stage, rather than fully grown potato tubers.

Potatoes are also a much more nutritious source of food than other top crops such as rice, soy and wheat. They contain high levels of vitamins and relatively few calories, yet potatoes can be processed and cooked into many different forms – potentially providing varieties that grow where not much else can grow. With the help of the Solynta breeding technology, each of these traits can be harnessed, genetically selected for, and reproduced.

A hybrid breeding process
Historically, selection of better potato varieties took a very long time. Firstly, it was simply trial and error to breed a suitably stronger crop, after this the selected plant underwent a lengthy multiplication process. The best potato would be selected and planted in the ground to multiply the number of tubers, this process takes a year. This must be repeated year upon year, until after around seven years a commercially viable number is produced. To make matters worse, with time, these potatoes can become increasingly susceptible to diseases, such as potato blight Phytophthora infestans.

This new targeted breeding process relies on a few important principles which counteract these historical problems. The first is that the breeding process is completed using diploid potatoes rather than tetraploid. This is achieved by diploidisation and using S. chacoense diploid potatoes. The resulting organism is a diploid hybrid potato plant, with just two sets of chromosomes. Normally, diploid potato plants are self-incompatible but some S. chacoense plants contain a gene called Sli, which overcomes self-incompatibility.

This diploid ‘germplasm’ contains a high level of heterozygosity but then is repeatedly selfed (bred with itself). Selfing gradually dilutes the level of heterozygosity of the progeny until they are, after about 6 generations, almost completely homozygous. These parental plants could be the first self-compatible, diploid potato plants ever made. Homozygous parents are needed for the creation of hybrids.

Due to inbreeding depression, the first generations were in general weaker. However, due to the selection of only the most vigorous (strong) potato plants, the parent lines quickly became stronger and more homozygous. Strong parental plants can be hybridized to make F1 hybrid seeds. The resulting hybrid potato plants were generally better and stronger than the inbred parent lines (heterosis).

The benefit of seeds
The potato seeds can be harvested when the hybrid plant forms berries. These seeds (true potato seeds) have an incredible benefit over the previous method with tubers (tubers are also named seed potatoes). The weight of 100 potatoes is equal to the weight of 16 million seeds, as it’s possible to fit 2500 seeds in just one gram. This magnitude of difference will drastically reduce transportation cost and difficulty.

The seeds are also pathogen free whereas tubers mostly have a low level of disease-causing pathogens. True potato seeds also withstand changes in temperature and humidity. Ultimately the reduction in transport will also reduce carbon footprint.

One huge application of Solynta’s potatoes will be to help farmers and feed people, in previously difficult or challenging locations.

Discovering traits, improving potatoes
Now that a steady flow of strong, diploid potato plants is present, Solynta could then focus on isolating and selecting for beneficial potato traits. During this whole process, the traits needed for strong potatoes were identified and then genetically targeted and selected for. This was done using a process called QTL (Quantitative Trait Locus) mapping.

Each phenotypic trait (observed in the potato) is described by one or, normally more than one, gene. In order to understand which genes control the outcome of a potato, the team looked at SNPs (Single Nucleotide Polymorphisms). Simply put, this is when one nucleotide differs on a particular individual’s genome. By using sequencing and statistics, it’s possible to determine when this is linked to a particular phenotypic trait. Plants with those detected genome alterations are then selected for breeding.

In order to further enhance this process, the parental lines could then be ‘backcrossed’ to add new ‘hybrid traits’ to one of the parent lines. This strengthened the parent lines, which were then hybridized to make an even stronger hybrid potato. Each time a stronger, tastier, or larger potato was grown. This process is so rapid in Solynta because of the speed of growth from seed, and genetic selection of traits. 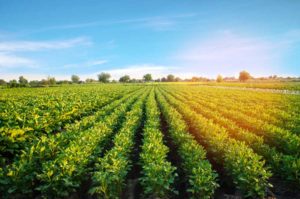 Feeding global populations
One huge application of Solynta’s potatoes will be to help farmers and feed people, in previously difficult or challenging locations. The benefits of these potatoes are going to be large in the high-income countries, but even larger in low to middle-income countries.

The Solynta hybrid diploid potato seeds were transported and tested in East Africa, specifically the mountains of DR Congo. The results were extremely optimistic, with a much higher yield of potato than under normal East African conditions.

These parental plants could be the first self-compatible, diploid potato plants ever made. Homozygous parents are needed for the creation of hybrids.

Furthermore, the seeds were extremely easy to transport and were free of pathogens which are so common in the tropical African climate and can decimate farmers’ stocks between seasons. It’s also very possible to adapt the diploidisation and genetic hybridization techniques from Solynta’s technology to African potato varieties, increasing the breadth of choice in these areas. It seems only a matter of time before these farming methods are being used worldwide in order to catch up with the global demand for food production alongside our ever-expanding human population.

What are your future plans for research in this area?
<>Solynta wants to introduce successful varieties in Africa. To do this large numbers of clean seeds of plants with enhanced levels of resistance are needed. Later, other markets will be targeted. 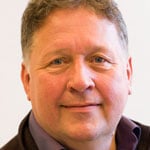 Sjaak van Heusden fields of expertise are tomato and diploid potato pre-breeding with emphasis on marker technology. Besides research, he is involved in international teaching and cooperation. In the last five years, he has been mainly employed as a geneticist at the potato breeding company Solynta.

Solynta has developed an innovative method for targeted breeding which will change the production and global distribution of potatoes.