Health & Medicine
Traditionally, the term “patient compliance” was used to define how closely a patient followed their doctor’s advice. Now, with the ever-expanding information and resources available to patients, the idea of “compliance” is in need of an update. Professor Karen Lutfey Spencer, of the University of Colorado Denver, USA, looked at the experiences of patients receiving end-of-life care to gain an insight into their decision-making processes. This research increases understanding of how and why patients make their decisions, and why some choose not to follow their doctor’s recommendations.

From childhood, we learn to see doctors as authority figures. Even toddlers can understand that doctors make sick people better. At a very basic level, a doctor’s job is to diagnose an injury or illness and prescribe a treatment. Traditionally, the doctor’s word was law – prescriptions were seen very much as directives, or even commands, rather than recommendations. Over the last few decades, however, there has been an increasingly obvious shift in the way doctors, and their role in treating patients, are perceived. Patients now have access to many different sources of information and can make connections with a wide range of people – both within and outside the medical profession – who might influence the way their treatment proceeds.

“Compliance” and “adherence”
In the 1970s, the long-established idea of doctors as authority figures contributed to the coining of the term “patient noncompliance.” The term was used by researchers trying to understand why some people chose not to follow medical directives. As “comply” usually means “to obey a command,” the idea of “patient noncompliance” served to reinforce the idea of medical recommendations as directives. Later, some researchers suggested that “adherence” should be used instead of patient compliance, as it better suited the goal of patients being partners in their treatment. However, research still tended to focus on how the behaviour of patients could be changed to better match the advice of the medical system.

Much has changed in the field of medical care in the decades since the terms “compliance” and “adherence” were first used. Options for medical treatment have expanded dramatically with advances in science. At the same time, the ways in which patients access medical care, arrive at a treatment plan and choose whether to follow medical recommendations have proliferated. For example, the internet plays a huge role in many people’s lives. For those recently diagnosed with an illness, it is an almost infinite source of information of highly variable quality. Patients can do everything from reading medical journal articles to joining social media support groups. Personal relationships – with friends, relatives, colleagues or religious leaders, for example – can also influence a person’s medical choices. All of these factors can influence the decisions a person makes, both at the time of diagnosis and at any point along their treatment pathway.

For patients, the decision-making process is clearly potentially complex and the role of physicians is becoming less clear over time. For this reason, Professor Spencer believes that it is time to update the ideas of compliance and adherence. By focusing on the myriad ways in which people engage with medical care today, researchers will be able to better understand why some patients choose not to follow medical recommendations.

The ways patients access medical care, arrive at a treatment plan and choose whether to follow medical recommendations have proliferated.

End-of-life decisions
Decisions on medical treatment carry a special weight when a patient is facing a terminal diagnosis. There might be a choice between continuing active treatment (i.e., treatment that attempts to cure or control an illness) or moving to palliative care (which aims to improve quality of life), for example. Every patient will have a unique set of reasons for making their own particular choices. There is also often a level of uncertainty about how exactly a person’s condition will progress. This makes end-of-life care a very useful situation for looking at patient compliance.

Professor Spencer is based in the US, where there is evidence that many terminal patients do not receive their preferred choice of end-of-life care. The situation is improving – the number of hospitals with palliative care teams has increased dramatically since 2000 – yet there still seems to be a mismatch between the care that is, or should be, available, and the care that patients receive.

Professor Spencer conducted a study about the decision-making processes of patients receiving end-of-life care through in-depth, in-person interviews. Together with a research assistant, Professor Spencer interviewed 26 patients, 16 caregivers, and 32 healthcare providers. Most of the patients were at a stage of their treatment where they were deciding whether or not to continue with active treatment. The patients were aged 50 or older, and around three-quarters had some form of cancer.

The modern patient
Compared to, say, forty years ago, a patient with advanced cancer has many more options for their treatment. Clearly, this is a positive thing. Professor Spencer notes, however, that more options often lead to greater expectations to engage with medical care. Yet, at the same time, patients who stop active treatment have more choices, in the form of palliative care, hospice services and, in some US states, medical aid-in-dying.

This diversity of options was reflected in the choices made by the patients interviewed by Professor Spencer. Both the treatment route chosen, and the reasons for taking that path, varied greatly from person to person. Some patients sought a second opinion or turned to the scientific literature, while others were influenced by their relationship with their doctors, their religious beliefs, or their family or social networks. For example, one patient, on learning that her cancer had returned, contacted the head of her ovarian cancer support group, who then put her in touch with a palliative care team.

While their decision-making pathways were different, something many of the patients had in common was that they used multiple different sources of information, accessed a variety of resources, and utilised a range of expertise in navigating their treatment.

Compliance can be difficult to define, because there may be several different, but equally valid, options.

Care pathways
Professor Spencer’s research highlights that the way a patient’s care pathway develops – whether they choose to follow their physician’s advice, or not – may be more important than the single factor of “compliance.”

In fact, “noncompliance” may be too simplistic a term. A patient might demonstrate outright refusal or resistance to a medical recommendation, but they could also express dissatisfaction in more subtle ways. For example, one patient chose to switch from a hospital to a local medical centre because he felt that he was being “experimented on” at the hospital. A different patient, a woman with breast cancer, resisted the treatment plan suggested by her oncologist, instead entirely reshaping her treatment towards a palliative care route.

One patient, who said that he had had outright disagreements with his oncologist, summed up his feelings:
“It’s your body. Nobody knows your body any better than you. Not your husband, not your mother, not your father. Nobody. How you feel. What you go through. Your aches and your pains. Your digestion problems. Your bowel movement problems. The whole thing…”

These cases neatly demonstrate that it is the patient – not necessarily the doctor – who is central to the way treatment proceeds. Even patients in superficially similar circumstances can make choices that result in very different care pathways. This was illustrated by two patients who both expressed a strong religious belief. However, while one felt that her beliefs meant that she should continue treatment – and, in fact, could not envisage a situation where she would reject further treatment – the second patient reached the opposite conclusion, choosing not to pursue active treatment.

Finally, one patient, on facing a terminal diagnosis, simply chose to prioritise the parts of his life he enjoyed, saying, “I enjoy what I enjoy, which is surfing the Internet, watching TV, reading books. So, I’ve still got that.” 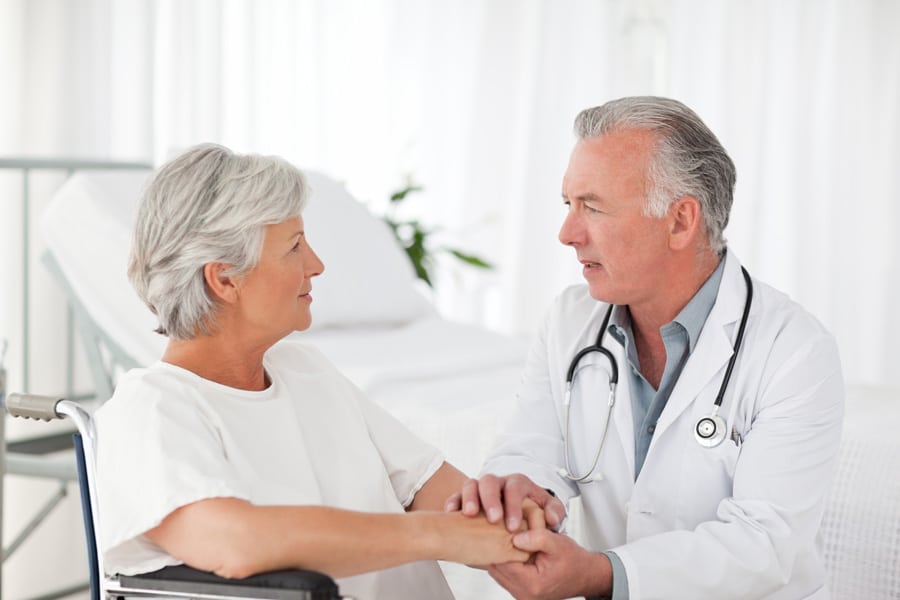 Is “compliance” still useful?
The insight offered by these patients allowed Professor Spencer to reach a conclusion: that compliance is still a useful idea, but with qualifications. There are certainly still some types of medical care where the authority of the doctor is, and should be, paramount and patient choice is necessarily limited; for example, emergency situations, or post-surgical treatment aimed at avoiding complications. However, many circumstances are more ambiguous, as is the case with end-of-life care. In such situations, decisions often emerge out of a collaboration between patient and doctor. “Compliance” can be difficult to define, because there may be several different, but equally valid, options. Professor Spencer suggests that future research should look at both how patients make decisions and why they make the choices they do: which sources of information do they turn to, and why? Do they prioritise their doctor’s recommendations, or other parts of their lives? All aspects of decision-making are relevant if the idea of compliance is to be updated to better fit with the reality of modern medicine.

How do you think patient “compliance” or “noncompliance” could be defined, going forwards? Or is there a better term?

<> The terms are secondary to the concepts underlying them. For example, we can substitute the term “adherence” which implies that patients are partners with providers. However, if adherence is conceptualised only in terms of whether a patient follows medical recommendations, then we lose sight of other matters in life that person may prioritise over medical authority. By doing that, we overlook the diversity of pathways that people take in their own health management. To understand medical decision making, there is a need to know how patients prioritise across all domains of life, not just the extent to which they obey physicians. 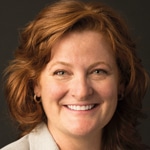 Karen Lutfey Spencer is a medical sociologist with research interests in clinical decision making, patient-provider relationships, and health disparities, studied from both qualitative and quantitative perspectives and across conditions such as diabetes, coronary heart disease, schizophrenia, and depression. Her current work is focused on the social context of end-of-life decision making.