Climate change is expanding the range of many infectious diseases. In particular, vector-borne diseases, such as dengue or malaria, are advancing. Predictions of risk for zoonotic diseases need to take into account both biological and abiotic factors. Dr Jeanne M. Fair and her colleagues at Los Alamos National Laboratory, New Mexico, USA, are pioneering a multidisciplinary approach to the problem. By combining expertise in mathematics, computer science, biology, ecology and other disciplines, the team are developing new strategies in forecasting vector-borne diseases at continental scales with high-performance computing.

Our climate is changing. As the planet heats up, infectious diseases that were once confined to warmer latitudes are slowly expanding their range. In particular, zoonotic diseases – diseases that spread from non-human animals to humans – are taking advantage of the greater range made available by climate change. One group of zoonoses, vector-borne pathogens, pose an increasing risk to human health.

In ecology, a vector is any organism that carries and transmits an infectious disease into another living creature. The prime example of this is the mosquito, which can carry a number of pathogens, including the parasites that cause malaria. 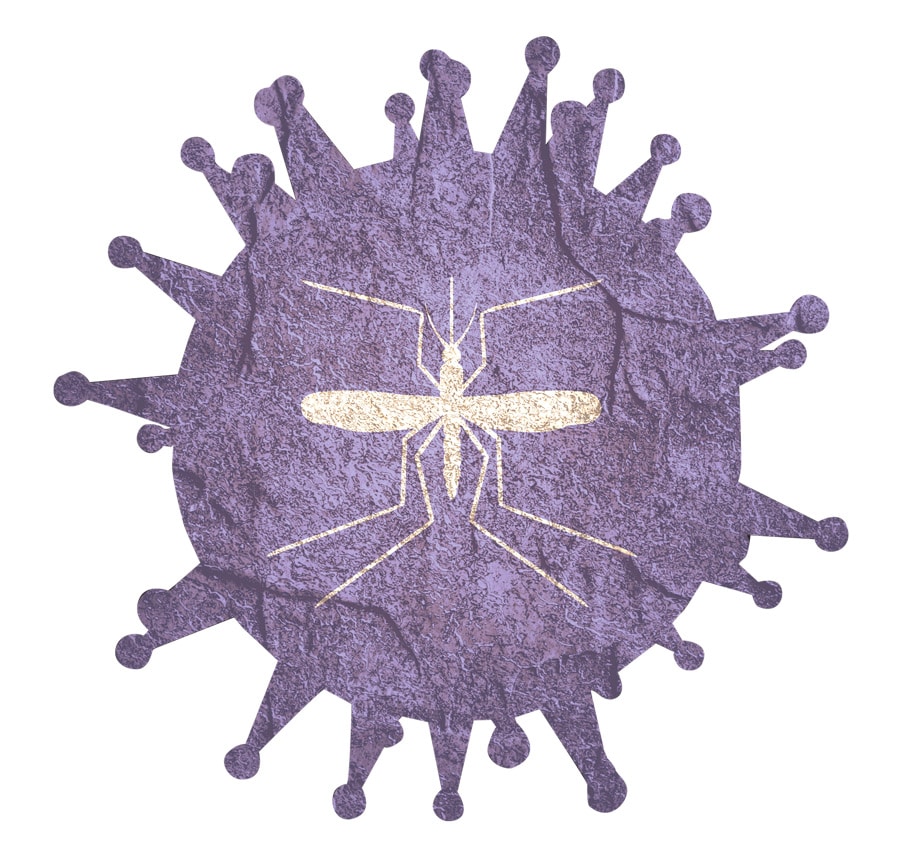 Zoonotic diseases: joining the dots
Vector-borne diseases like malaria have a complex epidemiology; that is, the way the disease occurs, spreads and persists. The behaviour of the disease changes with a fluctuating environment, but also depends on interactions between hosts, reservoirs, vectors and pathogens. This presents significant challenges for scientists who try to predict how vector-borne diseases will spread. Developing a forecast for the spread of vector-borne diseases in response to climate change requires experts from different disciplines to work together.

Tracking the mosquito
Mosquitos are probably the best known and most well-studied disease vector. As well as malaria (which is caused by the Plasmodium parasite), mosquitos can carry and transmit serious illnesses such as dengue fever, Japanese encephalitis, and yellow fever. Other insect disease vectors include ticks, midges, sand flies and fleas. Worldwide, vector-borne diseases account for more than 17% of all infectious diseases, and cause over 700,000 deaths every year. In 2018, according to the World Health Organization, there were 228 million cases of malaria, and 405,000 deaths.

Any forecast of disease risk needs to take the lifecycle of the vector into account. The entire lifecycle of a mosquito, for example, is tied to the environment. Female mosquitos lay eggs in still water. After anywhere from days to months, aquatic larvae hatch from the eggs and transform into adult mosquitos. Water is essential to the survival of mosquitos. However, the ways in which mosquitos and other vectors respond to climate change are not always obvious: they are complex and sometimes counter-intuitive. A drought might increase the mosquito population by reducing a river to a few stagnant pools that are favourable by mosquitos. A warm winter could result in a northerly spread of mosquitos, as they become able to survive year-round.

The ways in which mosquitos and other vectors respond to climate change are not always obvious: they are complex and sometimes counter-intuitive.

Three genera of mosquitos are responsible for most mosquito-borne infectious diseases: Aedes, Anopheles and Culex. Anopheles mosquitoes are responsible for malaria, while Aedes carry dengue, Zika, and yellow fever, and Culex transmits e.g. Japanese encephalitis. Research has found that the ranges of all three types have already increased – and the diseases they carry are now being diagnosed in places where they were previously unheard-of.

As mosquitos expand their ranges, they also adapt to new conditions. Researchers have found that many species of mosquito are surprisingly, and worryingly, able to adjust to different environments. Aedes albopictus, for example, is the most geographically widespread mosquito, found on every continent except Antarctica. This species has been seen to shift to a new niche (a niche is a species’ relationship with a particular environment, and includes where it lives, what it eats, when it reproduces, etc.) on arrival to a new continent. Other species have become more tolerant to salt water, greatly increasing their potential breeding habitat.While climate change can directly affect the range of mosquitos and other vectors, human actions can also indirectly and unintentionally boost mosquito populations. For example, prolonged droughts in some parts of the world, such as Australia, have led to an increase in water storage tanks – perfect breeding grounds for the local mosquito population.

Predicting disease outbreaks
Predicting the spread of vector-borne zoonotic diseases presents many difficulties. Even studying single outbreaks of a disease can be tricky, as so many different streams of data must be analysed: number of cases of the disease, timing, location, weather and climate conditions, to name just a few. This is why the multidisciplinary approach taken by the Los Alamos National Laboratory team will be crucial in forecasting future disease outbreaks.

Epidemiological modelling aims to map the risk of a particular disease and forecast future outbreaks, allowing vulnerable populations to be warned and to prepare. Previous research has shown that, sometimes, certain conditions can accurately predict future disease risk. For example, rainfall and temperature can be used to predict risk of vector-borne diseases months in advance. Epidemiologists therefore take these factors into account when modelling disease risk. However, due to the complexity of the topic, research to date has focused on particular diseases, in specific regions, using only a few of the factors known to influence disease risk.

The relationship between climate and different earth systems including ocean, land, ice and biological systems can be described using Earth system models. Scientists use these models to estimate the effects of natural and anthropocentric factors such as volcano eruptions and fossil fuel energy use. Modern Earth system models can even incorporate the feedbacks from biological system such as vegetation dynamics and biogeochemical cycles. Earth system models provide a prime frame to simulate the processes necessary for zoonotic disease including hydrology, vegetation and climate. Thus, it would be ideal to use these models to help predict the effect of climate change on outbreaks of zoonotic diseases. 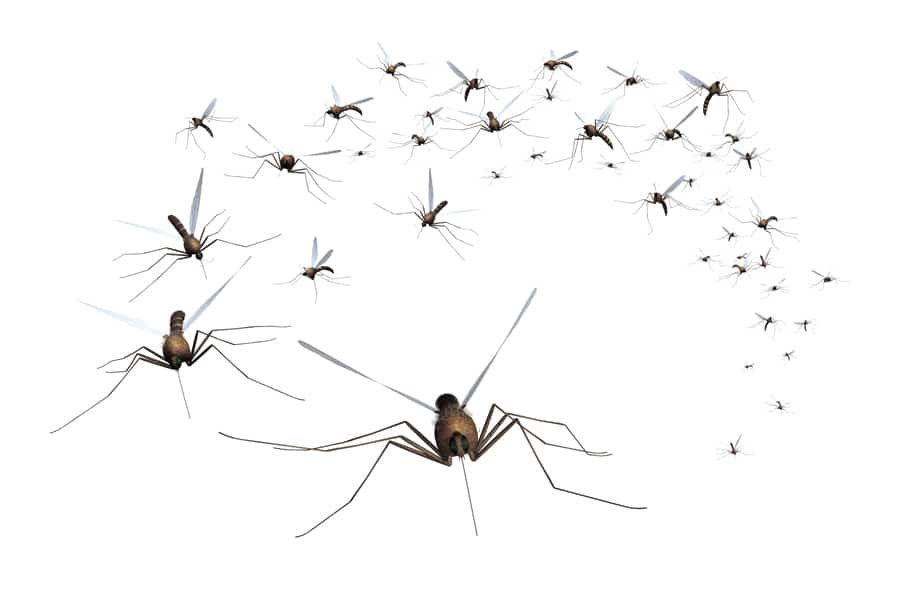 Mosquito populations respond to both short- and long-term environmental changes. For example, numbers can fluctuate both within a season, between seasons, and over a period of years. Predictions of disease outbreaks therefore need to take both short- and long-term factors into account. With that in mind, the team believe that the development of useful predictions faces three key challenges:

The multidisciplinary approach taken by the Los Alamos National Laboratory team will be crucial in forecasting future disease outbreaks.

Staying one step ahead
Forecasting, or predicting the future, already exists: in business, in economics, and in science. Most people probably check the weather forecast daily. Forecasting vector-borne disease risk, however, is tricky. Unlike weather forecasting, real-time data is never available – it is possible to look outside and observe the current weather, but impossible to accurately measure the mosquito population right now. Instead, proxy data, such as vegetation cover and water availability, are used to estimate the mosquito population. This indirect measurement increases the uncertainty of predictions. Human behaviour can also thwart predictions. How people respond to the threat of zoonotic diseases – for example, through vaccination uptake, movements, or information sharing – can influence the rate of infection. Knowledge of how people respond to certain disease situations also, therefore, needs to be included in forecasts.

Dr Fair acknowledges that modelling, as with any other type of forecasting, has limitations. However, it is currently the best available method to predict possible future disease outbreaks – the alternatives are to guess, or to sit and wait. Hopefully, the multidisciplinary approach championed by the collaborative team of colleagues will allow communities to prepare for disease outbreaks, whether that is through stockpiling vaccines, new vaccination programmes or limiting human or animal movements. In this way, the harm done by the spread of zoonotic vector-borne diseases can be limited.

In your opinion, is there any one disease, or vector, on which immediate research efforts should focus?

While the focus on our modelling team is on arthropod-borne diseases, all types of emerging zoonotic diseases will also be impacted by climate change. This includes potential pandemic pathogens such as influenza and coronaviruses. As wildlife, animal and human populations move in response to environmental changes, so do the vectors and microbes of infectious diseases, too. Learning from the SARS-CoV-2 global outbreak of 2020 will lead to better data for forecasting future disease impacts to the world.

Understanding wildlife populations and the emergence of infectious diseases will continue to be an important research objective. 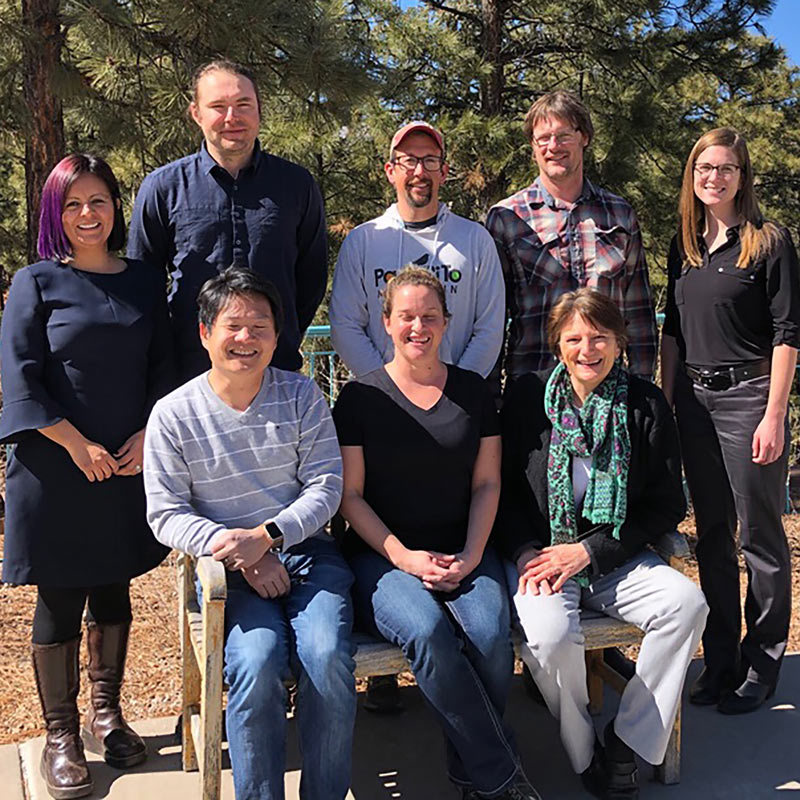 The infectious disease and earth systems team at Los Alamos National Laboratory is a multi-disciplinary team that includes data and computer scientists, epidemiologists, statisticians, mathematicians, earth system modellers, and disease ecologists. Team members have worked together on projects such as the 2009 H1N1 pandemic influenza modelling and understanding the spread of Zika virus to the most recent SARS-CoV-2 outbreak.

The work of the infectious disease and earth systems team aims to improve forecasting of zoonotic disease outbreaks which are changing in response to climate change.

It takes a true multi-disciplinary effort to tackle this challenge and the team places a strong on emphasis on teamwork.