Arts & Humanities
Alan Chong of Nanyang Technological University, Singapore, examines the social and economic viewpoints of indigenous people about the positive and negative impacts of the colonial experience and good governance on the maritime silk route. He uses the quasi-autobiographical book Hikayat Abdullah as a lens to examine an outsider’s view of the colonial experience in Southeast Asia and the effects of both the colonial and indigenous systems of rule on their subjects.

Dr Alan Chong of Nanyang Technological University, Singapore examines the social and economic viewpoint of indigenous people about the positive and negative impact of the colonial experience and good governance on the maritime silk route. Long before the European nations’ colonial advances into Asia, globalisation had already occurred on the Silk Road. From as early as 200BCE, the land Silk Road joined China to Western Europe via the Indian sub-continent, Persia and modern-day Ukraine, while the maritime Silk Road hopped from port to port from China to present-day Vietnam, Philippines, Indonesia, Malaysia, Singapore, India, Sri Lanka, Persia, and the Arabian Gulf, and after a short land crossing, continued on to the Mediterranean and finally Cadiz.

The Silk Road
The Silk Road brought economic advantage to those areas along it, but also spread ideas and beliefs, and Hinduism, Buddhism, Christianity and Islam were all carried along with trade goods. Chong highlights a lesson from history given in 19th century Muslim trader Munshi Abdullah’s autobiography Hikayat Abdullah, that what creates most benefit for the peoples of globalisation would be “impartial administration of law and order, beneficent autocracy, and the proper prioritisation between wealth and good manners.” This is especially pertinent today as China’s President Xi Jinping pushes forward with the “new Silk Road” vision to invest US$1 trillion in developing the transport infrastructures of Central Asia and the Indian Ocean known as the “Belt and Road Initiative.”

Who was Munshi Abdullah?
The Hikayat Abdullah, or the story of the teacher Abdullah, can be used an alternative moral vision of economic progress from a Southeast Asian perspective. Munshi Abdullah was born into a family heavily involved in an incipient international economy, much like the middle-class jet set professionals and global nomads of today, who live not within a nationalist paradigm, but on a global one that primarily seeks the creation of wealth.

His great-grandfather was an Arab religious teacher from Yemen, who ended up living in the ancient state of Kalinga in eastern India. Of his four sons, three went to live in Java, while his grandfather came to Malacca in present-day Malaysia. His father grew up there, used his family’s trade connections to do business in the hinterland, and whose knowledge of Islam and the Koran led him to become a religious teacher and spread its beliefs. Because of his linguistic abilities, he managed to become a regional fixer, including for the Dutch, and conducted business in ports as far away as Java.

The Silk Road brought economic advantage… but also spread ideas and beliefs, and Hinduism, Buddhism, Christianity and Islam were all carried along with trade goods.

Thus Munshi Abdullah was equipped, like his father, with knowledge of trade, languages and religious learning that put him in a useful position of being able see the big picture. Although born into Malay society, he was not a conventional Malay, and remained a “global nomad,” giving him an outsider’s perspective. But as a Muslim he was also a moralist and looked for the moral aspect of what socio-economic system would be of benefit to the many. In his writings, he sees the positives with the coming of the British Empire in the hope that its rational and enlightened thinking might be able to rehabilitate what was then perceived to be a stagnant Malay society, though he wasn’t blind to the foibles of the British either.

Law and order
Much of Munshi Abdullah’s writing focuses on good governance and the moral leadership of rulers. He believes that well-governed settlements, that look after their populations (or “stakeholders”), will thrive with a reputation for just law and order, trade, financial reliability, probity, hospitality and profit making. As an example he cites the British in Singapore, and more specifically Colonel Farquhar, Sir Thomas Stamford Raffles’ right hand man, in the founding years of the Singapore colony.

“It was Mr Farquhar’s nature to be patient and tolerant of other people’s faults; and he treated both rich and poor alike, never looking on one person as more important than another. If a man however poor and lowly came to him with a complaint he would attend to him quickly and listen carefully, giving advice and direction until the man’s mind was set at rest, so that he returned home full of gratitude. Whenever he travelled about in his carriage or on horseback the rich and the poor, and the children too, saluted him and he at once returned the compliment. He was ever generous to all the servants of Allah.”

He compares this with the actions of Sultan Hussain Shah from whom the British “paid off” for the lands where Singapore was founded. He and his Prime Minister were given a monthly allowance which led him to succumb to the pleasures of wealth and gluttony and grew indifferent to the financial and social welfare of his subjects. The Sultan degenerated into a morally-corrupt individual who would be considered today a violent sexual offender, and was so self-centred that he sold his descendant’s legacy to the British. The British, he goes on, later encouraged people to grow rice surrounding the new colony of Malacca which allowed many common people, with hard work, to become economically independent. This allowed trade to flourish and developed the area.

Beneficent autocracy
The form of governance of the Sultan under the kerajaan feudal system is also critiqued. He describes fights breaking out between the supporters of the Sultan and the “local” population of Singapore, who were a mixture of many different Asian peoples. He insinuates that the Malay raja had descended into mere gangsterism and it was only the actions of the British that protected the latter against the former; “If they had not all been afraid of Colonel Farquhar they would have gone on killing each other every day without stopping.”

The political system used by the British is also praised. The Malay kerajaan system focused all power in the hands of a raja with a suitably grand and ornate court, which meant that if a raja misgoverned, then the people would inevitably suffer. While being far from a modern democratic system, the British used the more pragmatic kapitan form of governance, perhaps borrowed from the Dutch in Malacca, which although autocratic in a neo-Platonic way, also granted certain autonomy to the Chinese, Malay, Indian and Eurasian communities.

Hikayat Abdullah is used as snapshot of an Asian culture and economy that is experiencing change and that there are choices to be made by the leaders of these societies both financial and spiritual.

It used culturally-specific notions of shame to settle disputes amicably without resort to arbitration through the rule of written law, and there were several layers of appointed community-level judiciary before it reached the British. The governor-appointed kapitan of a community would themselves appoint village elders, so most day-to-day problems could be easily resolved between these two sides.

Wealth and good manners
The last of the Hikayat Abdullah concerns the proper relationship between material acquisition and good behaviour. One of the criticisms he has of the prosperity of Singapore is the way wealth has a negative impact, in that people’s worth becomes connected more to their material possessions than their education or morals. Or as he more cryptically put it “grasshoppers had become eagles, bed-bugs tortoises and earthworms serpents.”

Again, Abdullah uses the British as an example of how the pursuit of enlightenment can be balanced amongst financial matters. He recounts how Sir Stamford Raffles, the British East India Company’s preeminent representative, offered to the Sultan that his and his court’s children be sent to India for a “British” education, in order that they would become better rulers when they took over power, and encourage more of his Malay people to enter trade and be part of the new economy. The Sultan, however, refused citing various logistical and emotional obstacles. Abdullah seizes upon this as evidence of the reluctance of the indigenous cultures to adapt to the changing world around them and reform their societies in order not only to increase wealth but also to be morally better.

Some think that this shows an almost blind worship of the superiority of the British civilisation by Abdullah, but Chong asserts it’s more likely that he’s propagating the idea that the Asian cultures would inevitably have to adapt to Western constitutional and scientific reforms, which of course turned out to be broadly true. He believed that the Malays, Chinese and Indians that he discoursed with would not realise the prescience of his outlook when he asserted that the Europeans had mastered technology and that change was coming whether they prepared for it or not.

Conclusion
In this paper, Hikayat Abdullah is utilised as snapshot of an Asian culture and economy that is experiencing change and that there are choices to be made by the leaders of these societies both financial and spiritual. As Chong says, Abdullah examines the “modernisation of Asian societies confronted with ‘progressive’ civilisations improving their people’s lives through technological and scientific revolutions.” While there are no clear cut answers given out by Abdullah, it can be argued that the coming of colonialism offers traditional societies the opportunity of mastering the principles behind that incoming change.

What criticisms of the British are made by Hikayat Abdullah?

<>Although Abdullah comes across in first impressions as an unabashed Anglophile, close reading of the Hikayat suggests that he preferred his British friends to have practised more patient empathy towards Malay culture. By gaining the latter’s trust instead of simply imposing the frame of modernity as a transparent and legalistic order, British colonialism might have gained willing adherents through their ‘soft power’ instead. The transition to modernity might have been less painful for the followers of kerajaan. Subsequent British Malayan colonial officials’ biographies have attempted to downplay their colonial high-handedness. In this regard, the Hikayat Abdullah stands out as the more authentic voice treating the local perspective on colonial modernisation. 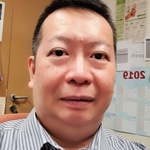 Alan Chong is Associate Professor at the S. Rajaratnam School of International Studies in Singapore. He specialises in the study of Southeast Asian international relations and advocates for non-western perspectives to the theorising of the international and the global for nuance and richness.