Health & Medicine
Dr Jamie Ghigiarelli from Hofstra University investigated the effects of whole-body photobiomodulation (red light) therapy (PBMT) administered before and after high-intensity training on 12 male participants. There lacks evidence on the effects of PBMT on larger muscle groups, as handheld devices to treat localised muscle tissues is the conventional method of instrumentation. This study showed no statistical significance but notably there was a -18% change for creatinine kinase (CK) levels from 24hrs to 72hrs after high-intensity training in the difference of average when PBMT group was compared to control conditions.

Photobiomodulation therapy (PBMT) is a non-ionising and non-thermal process used to therapeutically alleviate pain, promote tissue regeneration, and minimise inflammation. It works by emitting photons from near-infrared light (630-850mm) on tissues after high-intensity training. The photons are then absorbed by cellular chromophores of the mitochondria. Working at the mitochondrial level, the enzyme cytochrome c oxidase is triggered when PBMT is administered, accelerating adenosine triphosphate (ATP) production and oxygen consumption, which can promote cellular regeneration. An accelerated ATP synthesis also increases the proliferation of myoregulatory factors, such as MRF4 and myogenin, which are involved in the formation of mature muscle fibres during the muscle repair process.

Through these knock-on effects, PBMT may minimise muscle damage caused by exercise and improve muscle recovery especially for high-intensity training athletes. In research literature, PBMT is also interchangeably known as low-level laser, red light, cold laser, LED, and near infrared therapy. Other tools that are used to accelerate muscular recovery after intense exercise include cold-water immersion (CWI) and contrast bath, which are commonly compared with PBMT in research.

Athletes commonly face muscle fatigue that typically last for a few days and long-term muscle function impairment after high-intensity exercise. For example, a 13 year-longitudinal analysis of European football players found that hamstring injuries are common every season, with 22% of players suffering from at least one. One to two out of ten injured players also become injured again within two months returning to play. When PBMT were applied before a football match, hamstring muscle fatigue was reduced significantly. Therefore, PBMT is a potential alternative tool to speed up recovery, improve performance, and prevent injuries.

PBMT is a potential alternative tool to speed up recovery, improve performance, and prevent injuries.

Is PBMT effective?
Other investigations have shown contrasting reports on the effectiveness of PBMT in the management of muscular rehabilitation and performance. Some studies concluded that PBMT reduces injury time, decreases recovery time between exercise sessions, muscle tiredness and damage, and sleep quality. A number of biochemical markers have been shown to reduce after administration of PBMT, such as cytokine (involved in immune responses to inflammation), blood lactate (associated with low flow of blood and oxygen concentration in cells), and creatine kinase (CK) levels (marker of muscle damage).

On the other hand, there have been reports that PBMT does not prevent knee arthritis and may not be significantly distinct from placebo on muscular performance and CK levels. A 2019 study further found that PBMT did not have any significant effect on muscle damage, inflammation, and delayed onset muscle soreness after high intensity sprint sessions when compared to placebo and other therapies, such as CWI and active recovery (AR, which involves individuals performing low-intensity workout after a high-intensity exercise). A 2020 review further found that PBMT is ineffective in reducing CK levels in general exercise (whole body), as compared to high-intensity localised exercise.

The differences in research findings can be attributed to the inconsistencies in clinical trials methodology and lack of reporting of PBMT device’s technical parameters, such as wavelength, power density, and energy density. These parameters are important to determine the dosing of therapy. The lack of parameters means that comparability with other clinical trials is difficult to determine the effectiveness of PBMT. Therefore, standardisation of exercise protocols and PBMT parameters are needed to improve the use of PBMT in clinical settings.

The differences in results from multiple studies call for further investigation, possibly adhering to the parameter recommendations given by Leal-Junior et al. (2019) to elucidate the effects of PBMT. There has not been a study that investigates the effect of PBMT on larger muscle groups in athletic populations and tests biochemical markers. Dr Jamie Ghigiarelli and his colleagues from Hofstra University, which includes Dr Andras Fulop, Dr Katie Sell, and Dr Adam Gonzalez, aimed to circumvent this limitation by investigating the effects of pre-exercise and post-exercise whole-body PBMT on CK and salivary IL-6 levels in males who performed high-intensity resistance training.

Salivary interleukin-6 (IL-6) is an inflammation marker, identified as the first “myokine”, which is a cytokine that is released from skeletal muscle contraction. Blood creatine kinase (CK) is a muscle damage marker and can be used to indicate muscle integrity and an individual’s recovery process. High-intensity exercise can cause changes in muscle fibre function and local inflammatory response, whereas low to moderate-intensity exercise have been shown to cause little changes in muscle tissue. Traditionally, a small single hand-held device is used to target a specific muscle area, whereas a light bed can be applied to the whole body. Therefore, a light bed can potentially target more tissue in a short span of time. Thus, investigating the effects of whole-body PBMT represents a new and interesting avenue to explore, which may add to the growing evidence advocating for PBMT usage.

Methods
12 male participants were divided and randomised into two groups. Each group performed high-intensity resistance exercises that consisted of bench presses, chin-ups, and repeated sprints at the same time of the day to reduce variability. However, only one group received whole-body PBMT before and after high-intensity resistance training in the first week. Then, the conditions were alternated in the second week; the group that received PBMT did not receive PBMT in the second set of experiment (control group) while the group with no PBMT in the first experiment (control group) received PBMT in the second experiment. Participants were also encouraged to avoid any resistance training or aerobic exercise outside of the experiments to provide an accurate reading of CK and IL-6 levels.

There have been no studies investigating the effect of PBMT on larger muscle groups in athletic populations and tests biochemical markers.

Results
There was no statistically significant difference between control and PBMT-administered participants in blood CK and salivary IL-6 levels. This is because it was found that salivary IL-6 levels were lower in control groups compared to PBMT groups. For CK levels, seven participants had lower CK levels during the PBMT sessions compared to control occasions, whereas five participants had lower CK levels during control occasions. However, a notable result was that the difference between the average was -18% for CK change from 24hrs to 72hrs after high intensity exercise when comparing PBMT to control conditions.

Even though the experiments do not show positive CK level reduction after administering PBMT, it supports a previous 2020 review that reported PBMT is ineffective in reducing CK levels for general exercise compared to localised exercise, and another recent study investigating full body PBMT that showed only a positive effect for LDH (reduced muscle damage). It is hypothesised that there is more considerable muscle damage when conducting localised exercise, so PBMT may exert more positive recovery response to reduce CK levels. In contrast, general or whole-body exercise does not cause considerable stress to have a recovery response, especially because trained participants may already be accustomed to the stress of the exercise programme.

This experiment was conducted over a short span of time with male participants, which limits the generalisability and reproducibility of the investigation. Therefore, in future experiments, both male and female participants could be recruited and both high intensity exercise and PBMT administration could be conducted over a long period of time to possibly yield statistical significance. A variability of age, body composition, and training status could be employed in the methodology of experiments, as these factors are known to account for a CK response from exercise.

In conclusion, this investigation adds to the decade-long research on PBMT and its effects on performance and rehabilitation. The lack of evidence for the use of whole-body PBMT machines require more research such as this. Furthermore, PBMT parameters must be consistent across different investigations to ensure that they can be compared.

What measures did you have to bring into place for further studies to circumvent the limitations posed by the pandemic?

<> Our laboratory currently has a temporary hold on ongoing research projects until our University loosens some of the restrictions intended to reduce campus density. To circumvent these limitations, I believe you need to change your subject recruitment and data collection methods. Recently, we completed a survey study on female martial arts fighters and are preparing it for journal submission. We recruited subjects via social media and collected our data through an online survey. In this climate, surveys are ideal because you don’t need individual face-to-face training or testing sessions that are typical for sports science research. 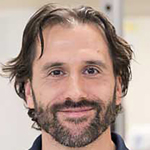 Dr Jamie Ghigiarelli holds a Ph.D. in Exercise Physiology from the University of Pittsburgh. He is an Associate Professor for Hofstra University and directs the graduate program in Sports Science. His primary research areas are biomechanics, exercise physiology, and sports nutrition. 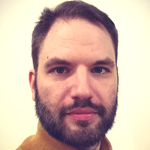 Andras Fulop, Sci.D., DPT is a Physical Therapist, and Professor of Human Biology and Sports Sciences.

Dr Katie Sell holds a Ph.D. in Exercise Physiology from the University of Utah. She is a Professor for Hofstra University and directs the undergraduate Exercise Science program. 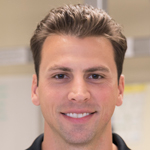 Dr Adam Gonzalez holds a Ph.D. in Exercise Physiology from the University of Central Florida. He is an Assistant Professor for Hofstra University in both the undergraduate and graduate programs. 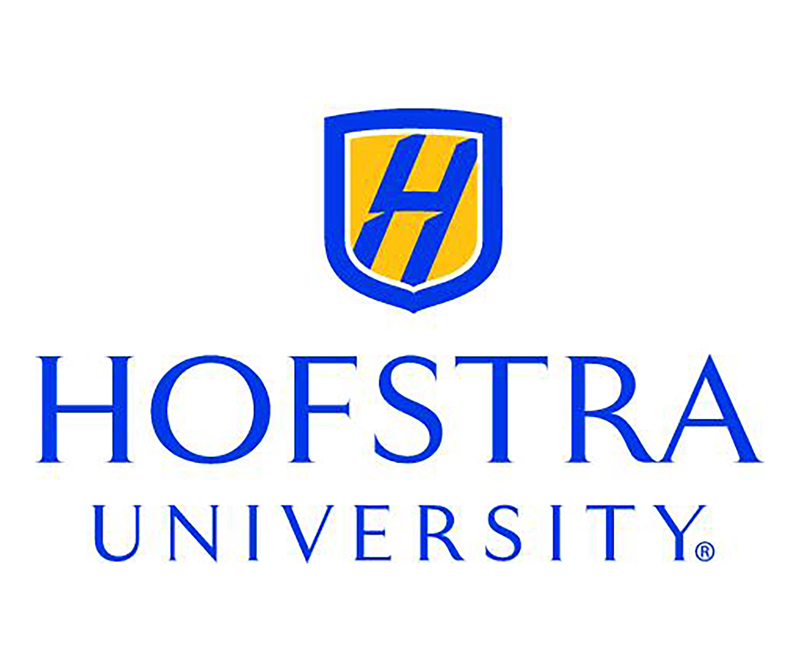