Physical Sciences
The journey towards sustained nuclear fusion may seem never-ending, but some physicists believe a promising step forward could come in the form of ‘polarized fuel’. In his research, Dr Ralf Engels at the Research Centre Jülich / GSI Darmstadt, Germany, together with colleagues at the Polarization Research for Fusion Experiments and Reactors (PREFER) collaboration, has identified three key challenges faced by efforts to implement these advanced fuels. Through a series of future experiments, the team ultimately hopes to bring a practically limitless source of energy a step closer to reality.

At its heart, the idea of sustained nuclear fusion is centred around the principles first described by Einstein in his most famous equation, E=mc2. According to this relationship, if the product of a nuclear reaction has a lower mass than the reactants, energy will be released in the process. Due to forces which act to drive atomic nuclei apart, these reactions require colossal amounts of energy to initiate – but in theory, once they have started, the energy released is more than enough to trigger further reactions, allowing the process to sustain itself.

In nature, sustained fusion takes place in the cores of stars, where extreme temperatures and pressures provide ideal conditions for hydrogen nuclei to fuse into helium. Yet physicists have also made extensive efforts to recreate sustained fusion on Earth, in order to harvest the vast amounts of energy it produces.

To do this, researchers have developed a hollow, donut-shaped device named a ‘tokamak’, which uses powerful magnetic fields to confine a hot plasma that contains the fuel to undergo fusion. Yet despite several decades of intensive study, this plasma still can’t be confined effectively enough to trigger sustained fusion. As a result, the goal appears to remain stubbornly distant.

Introducing: polarized fuels
To overcome this immense challenge, some researchers have proposed methods to increase the rates at which fusion reactions occur within tokamak plasmas – which they hope could lead to far less stringent requirements for confinement. One promising approach relates to a quantum property of particles named their ‘spin’, which is a small magnetic moment which points in a single direction.

When the spins of multiple particles within a system are aligned in the same direction, they are said to be ‘polarized’. As Dr Ralf Engels at Research Centre Jülich in Germany explains, this property could provide a key advantage for sustained nuclear fusion. ‘This is an old idea, first discussed by Maurice Goldhaber in the 1960s’, he says. ‘It suggests that we can increase the efficiency of nuclear fusion through the polarization of the particles, by adjusting the spins of the corresponding fuel.’

In this case, the fuel can contain deuterium (D) and tritium (T) – heavy isotopes of hydrogen which respectively contain 1 and 2 extra neutrons in their nuclei and possess spins of 1 and 1/2; or helium-3 (3He) – an isotope containing two protons and one neutron. These particles can undergo fusion reactions in different ways: either between a particle each of D and T, between two Ds, or between D and 3He. Respectively, these reactions create unstable intermediate isotopes of helium-5 and lithium-5. Both decay into a stable helium nucleus and emit either a proton or neutron.

In his calculations, Goldhaber discovered that both the D+T and D+3He reactions could become 50% more efficient if all nuclei involved are polarized. At the same time, their energy outputs will be increased even more – due to the additional heating by the larger numbers of nuclear reactions taking place in the plasma. This occurs since both intermediate isotopes – each with spins of 3/2 – can form more easily when the spins of both reactant nuclei are aligned. By 1971, this idea had been proven experimentally – but with the technology available at the time, it didn’t present a realistic route towards sustained nuclear fusion.

Identifying challenges
More recently, theories have emerged to show how polarized fuels could be practically implemented within tokamak fusion reactors. By establishing control over particle spins, researchers could control the trajectories of their reaction products in turn – allowing them to focus particles onto specific areas on the wall of the tokamak. Not only would this allow for more efficient ways to harvest energy; it would also allow the tokamak to stay operational over a longer lifetime, greatly reducing costs.

Goldhaber discovered that fusion reactions could become 50% more efficient if all nuclei involved are polarized.

Although the general idea of polarized fuels is highly promising, Dr Engels and his colleagues have identified three key questions regarding their feasibility. Firstly, how can we produce enough polarized fuel to generate a sustained reaction, and how should it be stored? Secondly, can polarization survive within the extreme conditions of a fusion plasma? And finally, how can the still-unknown probabilities of the D+D reactions between polarized nuclei be physically measured? Through their research, Dr Engels and his colleagues at the PREFER collaboration aim to address each of these questions in turn.

Production and storage
One of the main barriers to the large-scale production of polarized fuel arises since tritium itself is radioactive. This is particularly inconvenient since D-T molecules (containing an atom each of D and T) are the ideal fuel for the fusion process. ‘Due to the radioactive decay of tritium atoms, research involving these atoms is very complicated’, Dr Engels explains. ‘As an alternative, H-D molecules are a perfect training ground – since both hydrogen and tritium nuclei have a spin of ½.’

As a result, the spins of H and T interact with the spin of deuterium in exactly the same way, allowing physicists to accurately test how the D-T fusion process will unfold. To do this, Dr Engels’ team use the polarized atomic beam source (ABS), based at Research Centre Jülich’s Institute for Nuclear Physics, to generate polarized H-D molecules with any possible combination of spins. Conveniently, the techniques involved in the process allow the researchers to establish tight control over the spins of the molecules, ensuring their polarization.

To store the gaseous molecules, the PREFER team will next freeze them on a cold surface to collect them as solid ice. If enough ice is collected, it can then be converted into a plasma – which the researchers can use to fuel a tokamak reactor for several seconds. They hope that these efforts will provide a reliable basis for future experiments involving D-T molecules – once techniques are established that can produce them in large quantities.

Assessing polarization survival
Another concern raised by the idea of polarized fuel is that the spins of particles within a tokamak plasma will come to adopt random directions over time – triggering a loss in polarization. Fortunately, however, existing evidence suggests that this loss may not actually present too significant a challenge.

‘Many experts are optimistic that this will be long enough to influence the fusion process efficiently’, Dr Engels illustrates. ‘In a tokamak, strong magnetic fields help to preserve the nuclear polarization – and a laser-induced fusion process could be too fast to allow the fuel to depolarize.’

To confirm these predictions, the PREFER collaboration is testing the preservation of polarization in helium-3 – which can be created in the lab through a process named ‘laser pumping’. After polarizing the isotopes, they are then transported to the PHELIX laser facility, located at the GSI Helmholtz Centre for Heavy Ion Research in Darmstadt, Germany.

Although the general idea of polarized fuels is highly promising, Dr Engels and his colleagues have identified three key questions regarding their feasibility.

Here, the particles are exposed to an extremely powerful petawatt laser. This strips away their outer electrons and accelerates them to high speeds – recreating the extreme conditions experienced by plasma particles in a laser-induced fusion plasma. Finally, the researchers measure the degree to which polarization is preserved. In demonstrating strong polarization survival, the team could make a key step forward in their efforts to prove the capabilities of polarized fuels.

Measuring reaction cross-sections
To measure the probability that a reaction will take place, physicists can measure quantities named ‘cross-sections’ – describing the extent of the circular area in which two moving particles can interact with each other as they cross paths. In this case, however, the cross-section of an interaction between polarized deuterium and helium-3 are experimentally determined, and for the D+T reaction, are at least well understood theoretically. Nevertheless, the D+D reactions, which are normally used in scientific fusion reactors, have not been described theoretically for polarized deuterium nuclei.

However, this presents a further challenge. ‘For reactions between two deuterium nuclei, the spin-dependence of the cross-sections are not known, and cannot be calculated’, Dr Engels explains. ‘Thus, a direct measurement is necessary before these reactions can be used to measure the polarization lifetime in an actual tokamak.’

To do this, the PREFER team are preparing an experiment at the Petersburg Nuclear Physics Institute in St Petersburg, Russia. Here, they will produce a low-energy beam of polarized deuterium, which will be crossed with a polarized atomic beam produced by an ABS. By detecting and analysing the fusion products that result, the researchers then hope to reconstruct reaction cross-sections experimentally. In turn, these efforts could lead to key theoretical insights into how nuclear interactions take place within polarized fuels.

New steps toward sustained fusion
For now, the goal of achieving sustained nuclear fusion still appears to be decades away. Yet through the efforts of Dr Engels and his colleagues at the PREFER collaboration, the potential for polarized fuels has gone from being a decades-old theory to an active area of experimental research, which the team hopes could yield promising results in the not-too-distant future.

As they learn more about the production and storage of the fuel, the survival of polarization within extreme plasmas, and the cross-sections of interaction between nuclei, the researchers ultimately hope that the insights they gather will inspire a new generation of fusion reactor experiments.

How do you think your results could influence more mainstream efforts for sustained nuclear fusion, such as the ITER project?

Especially for ITER it was calculated that the use of fully polarized fuel will double the energy output. For the coming CFETR tokamak in China it is even under discussion to implement the option to focus the neutrons, produced by the D+T reaction, on dedicated wall areas of the blanket by use of polarized fuel. For laser-induced fusion at MEGAJOULE it was demonstrated that the energy output can be increased by 50% and at the same time 25% less laser power is needed to ignite the fusion process. Thus, the advantages of ‘polarized fuel’ cannot be ignored. 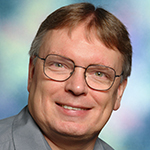 Dr Ralf Engels is a staff member of the Institute for Nuclear Physics at the Research Centre Jülich / GSI Darmstadt, Germany. His interest is the development of polarized beams and targets for accelerator experiments and the application of these techniques in other fields. He obtained his PhD at the University of Cologne.

The PREFER collaboration (Polarization REsearch for Fusion Experiments and Reactors) is conducting several projects to investigate the possibilities of ‘Polarized Fusion’.