Physical Sciences
Geothermal energy holds the potential to harvest vast amounts of energy from within the Earth’s crust. So far, however, exploitation of geothermal energy can be limited by corrosion – which damages the metal pipes required to carry high-temperature steam generated deep underground. In a new experiment, Andri Thorhallsson and Sigrun Karlsdottir at the University of Iceland show how the problem could be solved by building these pipes with a particular titanium alloy. Their results could pave the way for a more rapid expansion of geothermal energy in the near future.

So far, humanity’s efforts to expand the global capacity for renewable energy have been dominated by rapid developments of wind and solar power – but a promising alternative source can be found in the immense quantities of heat stored deep within Earth’s crust. In regions of high tectonic activity, including Iceland, magma in Earth’s interior is pushed upwards, transferring this heat far closer to the surface.

Over the past decades, geothermal energy has been utilised by discharging high-temperature geothermal fluid (steam, gasses, water, dissolved substances, and dispersed solids); the gaseous part of the geothermal steam is separated from the liquid part of the fluid and is run through spinning turbines, generating electricity without any need for fossil fuels. In Iceland, and various other active geothermal areas, geothermal wells are drilled and the geothermal fluid – steam, gases and liquid – is discharged, often without the assistance of pumps.

Named ‘geothermal energy,’ this technology holds the potential to supply a significant fraction of humanity’s energy needs. Yet aside from a few small-scale operations, the heat contained in Earth’s crust has so far remained almost entirely untapped.

The threat of corroding pipes
According to Thorhallsson and Karlsdottir, the technology is being held back by one particularly significant factor. The problem relates to the holes, or ‘wells,’ required to convey the steam pressurised deep underground back to the surface. ‘The drilled wells are cased with cylindrical pipes, which ensure the smooth discharge of geothermal fluid from the Earth’s crust towards the surface’, Thorhallsson explains. ‘In order to achieve high energy efficiency, it is highly important that the piping material retains its integrity.’

These advantages could provide greater incentives for businesses and governments in tectonically active regions to expand their rollout of geothermal energy.

As a result, the pipes become highly vulnerable to corrosion: a chemical reaction that converts metals into different compounds, including oxides, hydroxides, and sulphides. Altogether, the process not only roughens the inner surfaces of pipes, reducing the ability of the geothermal fluid to travel smoothly along them; it also weakens their mechanical structures, or makes the piping porous at the part of the piping system that allows the mixing of colder fluids into the geothermal fluid. This makes the geothermal wells less effective at retaining the pressurised and high-energy fluid. In more severe cases, the piping system can collapse. As a result, the lifetime of the geothermal pipes can be reduced – significantly driving up the costs of geothermal energy.

Enlisting a new alloy
Recently, a lot of research in the geothermal industry has been dedicated to developing new piping materials, which can better withstand the highly corrosive environment of Earth’s crust. Promising advances in this area have been made using titanium, and titanium-based alloys. ‘Titanium is a relatively expensive material, but can be useful in geothermal systems where the corrosion is particularly aggressive’, Thorhallsson describes.

These durable properties are due to the metals forming thin layers of titanium dioxide on their surfaces, which increases the corrosion resistance of the titanium significantly. Since titanium is far less reactive to corrosive gases, it can be immune to corrosion in geothermal piping system. Yet in addition to their costs, the mechanical structures of titanium-based materials can deteriorate at high temperatures – making them less suitable for the high temperatures experienced deep within Earth’s crust. As a result, thorough analysis of the physical condition of the geothermal system must be conducted before design and construction of the piping system.

In their study, Thorhallsson and Karlsdottir aimed to address these challenges using a new titanium-based alloy, containing the elements nickel, molybdenum, and zirconium. In previous studies, this particular metal has been shown to possess a crystal lattice structure with high mechanical stability, which it maintains even at higher temperatures. So far, however, its potential for use in geothermal wells hasn’t been investigated.

Testing corrosion in the lab
Through their research, the duo explored this possibility for the first time. ‘In this study, a system was set up in a lab, to simulate the physical conditions that can be expected in actual high-temperature geothermal wells’, Thorhallsson illustrates. ‘This involved testing three different phase conditions of an artificial geothermal fluid in a testing volume containing three flow-through reactors.’ Each of these reactors was cased with piping made from the material being tested, on which corrosion could occur.

In their artificial set-up, the researchers tested two different water samples, initially at room temperature: one mixed with HCl; and the other containing a mixture of H2S and CO2. In the first reactor, heated to temperatures of 350°C, the samples were boiled, and completely evaporated to form superheated steam, with ten times the pressure exerted by the atmosphere on Earth’s surface. As a result, this space contained a mixture of gaseous species and liquid water.

In the second reactor, heated to the same temperature, the steam maintained its superheated condition. Finally, the third reactor had a lower temperature of 180°C. In these conditions, the steam began to condense; again forming a mixture of liquid and gas.

Studying corroded samples
To study the corrosion processes taking place in the three reactors, Thorhallsson and Karlsdottir carried out both microstructural and chemical analysis, through a combination of two techniques. The first of these was ‘scanning electron microscopy’ (SEM), which produced high-resolution images by measuring how focused beams of electrons interacted with the atoms contained in corrosion products.

The new titanium alloy could be a feasible piping material candidate where extreme corrosive or multiphase conditions of the geothermal fluid is expected.

The second technique was ‘energy-dispersive x-ray spectroscopy’ (XEDS). Here, the electrons contained within a sample’s atoms are excited to higher energy levels by incident X-rays; then transition back to their ground-state energy levels, emitting an X-ray photon in the process. By measuring the X-ray energies at which these emitted photons appeared, the researchers could determine the precise chemical compositions of their corroded samples.

An improved performance
Altogether, the duo’s experiment had a twofold aim. In the first part, they aimed to recreate the corrosion experienced by the carbon steel piping materials currently used in geothermal energy generation. In the first reactor, they discovered that the carbon steel was prone to localised damage, forming patches of oxide, sulphide, and chloride corrosion products. In contrast, an oxide corrosion layer formed uniformly across the entire surface of the second reactor.

Finally, the third reactor gained two uniform layers of corrosion: featuring a sulphide upper layer, and an oxide sublayer. For the first time, the results provided Thorhallsson and Karlsdottir with a clear picture of how carbon steel reacts with the widely varying corrosive conditions of geothermal wells, and ultimately, highlighted the numerous shortcomings of the material.

In the second part of their experiment, the researchers kept the conditions in each of the reactors exactly the same, but replaced their carbon steel piping material with their new titanium alloy. Regardless of whether the sample fluids existed in a single, superheated phase, or as a mixture of liquid and gas, the result remained the same. ‘Our study showed that the newly developed titanium-based alloy was not prone to corrosion in any of the testing conditions’, describes Thorhallsson.

New prospects for geothermal energy
This outcome clearly showcased the advantages of the new titanium alloy. With the ability to operate over extensive lifetimes without either corroding, or mechanically destabilising under high temperatures, the higher costs of the material could be easily justified – making it ideal for use in real geothermal wells.

In turn, these advantages could provide far greater incentives for businesses and local governments in tectonically active regions to expand their rollout of geothermal energy. Ultimately, the result could bring about long-awaited progress in a form of renewable energy which may one day be just as economically competitive as wind and solar power – perhaps bringing us a step closer to the end of our reliance on fossil fuels.

Do you believe your discoveries could lead to faster development of geothermal energy in Iceland? 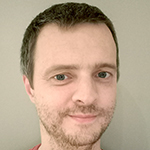 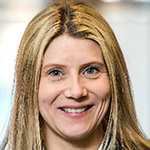 Dr Sigrun Nanna Karlsdottir is a Professor in Mechanical Engineering at the University of Iceland. Her research interest is structural materials; materials for energy, specifically geothermal energy; and corrosion and oxidation of materials. Dr Karlsdottir was the leading scientist and organiser of the material testing on-site at IDDP-1, the hottest geothermal well in the world (450°C).