Deceptions by law enforcement officers raise important questions about constitutional law and the principles of criminal justice. Professor Charles MacLean is Director of Professional Peace Officer Education at the US Metro State University’s School of Law Enforcement and Criminal Justice in Minnesota, and Lecturer in Constitutional Law at the University of Wisconsin-Eau Claire. He considers the question of the ‘social contract’ which underlies the US Constitution and its implications for police ethics, especially deception by law enforcement officers.

The social contract embedded in constitutional law is a core criminal justice principle and an important constitutional concept. Police deception to induce consent for searches and confessions is often awful but lawful government behaviour, currently legitimised by US Supreme Court decisions. Yet it undermines the social contract between civilians and law enforcement agencies. Professor Charles MacLean, at the Metro State University and the University of Wisconsin-Eau Claire, points out that in a post-George Floyd era, this needs revisiting.

Police officers have immense powers over citizens. They have power to investigate crimes, search civilians, arrest suspects, and use reasonable force in doing so. These rights are part of a social contract, captured in the US Constitution, in which law enforcement’s powers are held on behalf of all citizens, and the role of officers is to seek equivalent justice on behalf of everyone. Therefore, law enforcement officers (or ‘peace officers’) should demonstrate equal justice, fair access, unwavering objectivity, and absence of bias on the job.

Through the US Constitution, citizens could be seen as having given up self-help remedies (such as seeking revenge, forming a posse, and lynch mobbing) in exchange for a criminal justice system enforced by police. This means peace officers and agencies need to ensure that they act with procedural justice, fair access, and unwavering objectivity because of their constitutional requirements and due to the social contract embedded within it. MacLean describes the trust by which law enforcement officers hold their powers as envisioned on behalf of all citizens.

Enlightenment and the social contract

This social contract has deep roots in Enlightenment thought. Jean-Jacques Rosseau, Thomas Hobbes, and John Locke were involved in developing the theory. The concept of a society of equals who consent to their government informed the Enlightenment concept of a social compact in which power was legitimately wielded. Without such a government, Enlightenment thinkers realised there was a risk of perpetual strife, dissent, and disorder; therefore, a mechanism to uphold and enforce the social contract was needed.

Law enforcement powers are held on behalf of all citizens, and the role of peace officers is to seek justice on behalf of everyone.

A voluntary consent to be governed was envisioned as a way to promote public safety and provide an infrastructure in which equality, order, and personal liberty could be guaranteed. This social contract would enable properly authorised law enforcement on behalf of all citizens. Unfortunately, the lens of the time also encompassed slavery, sexism, minority oppression, and similar injustices which limited the application of these ideals. Today, as well, sticky racial and ethnic inequities too often blunt the full power of the social contract and constitutional protections.

The US Declaration of Independence preamble makes clear the Nation’s commitment to this form of Enlightenment thought. Government is described as instituted and derived from the consent of the governed. The social contract is therefore embedded within the US Constitution. The just powers of government are legitimately wielded only when consistent with this consent of the governed.

The US Bill of Rights also describes the social contract from which federal government power flows, and quid pro quo, strict rights and protections guard the people from the excesses of federal government. The preamble to the Bill of Rights makes this explicit in referencing the ground of public confidence to ensure the beneficent ends of the institution. The Constitution could not have been ratified had it not benefitted from the Bill of Rights to confirm the social contract.

The Miranda case established that law enforcement officers must notify people in custody of their right to remain silent and their right to counsel before questioning. However, it has been steadily eroded by a stream of decisions undercutting the key protections emanating from the case.

In Scheckloth v. Bustamonte, US 1971, it was held that Miranda did not require police to notify subjects of their right to refuse consent; the Supreme Court claimed violations of the Fourth Amendment were not among the evils the Miranda decision was intended to prevent. Miranda does not protect suspects who boast about their criminal activities in front of people whom they believe to be cellmates (but actually were undercover police officers) (Illinois v. Perkins, US 1990). Misleading or lulling a suspect into a false sense of security does not invoke Miranda concerns where it does not rise to the level of compulsion or coercion to speak (Oregon v. Mathiason, US 1977). 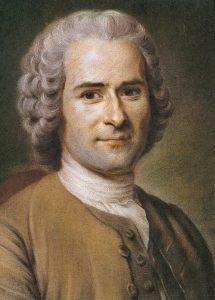 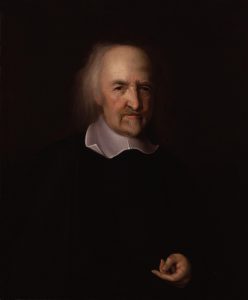 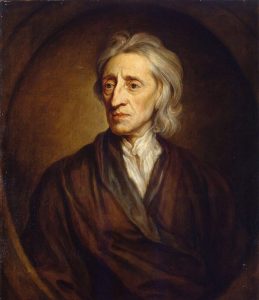 Jean-Jacques Rosseau (left), Thomas Hobbes (centre), and John Locke (right) were involved in developing the theory behind the social contract.

Miranda’s protections should not apply only in coercive situations. MacLean points out that these core constitutional rights have been reduced in scope by a series of court decisions.

Where a suspect consents to being searched, or having their home/premises searched, police can proceed with impunity. There is no need for police officers to show that they have explained to suspects their rights, or even that the suspect was aware of their right to refuse. Indeed, US courts have routinely held that law enforcement officers can even use deception to mislead subjects into waiving their right to refuse a search.

Examples of the types of deception employed by officers to obtain ‘consent’ include feigning car trouble or pretending to be a delivery driver or a drugs purchaser. In these cases, defendants did not voluntarily consent to opening their residence knowing that officers wanted to enter and search, but their purported ‘consent’ was gained by deception. In an age of technology, law enforcement officers may also use false online personas. A fake friendship, Facebook page, or posing as a purveyor of pornography are all deception techniques used by police to gather evidence. And courts have held these to be valid tactics despite constitutional protections and the social contract.

Law enforcement agents often lie to create deep psychological pressure and promote confessions, a particularly productive tactic when used with a subject who is young, scared, alone, uninformed, unaware of rights, and the like.

Consent searches do not require any quantum of proof or any statement of purpose. They do not require an enumerated list of items or a priori limit on the places to look – unless the consenter presciently sets such a limit. There are some contexts in which police need reasonable suspicion of a particular crime – like pulling over a motorist (Kansas v. Glover, US 2020) – but consent by uninformed civilians does not require reasonable suspicion or probable cause by the police requesting to search a citizen.

In contrast, when the police seek a warrant for a search, they need to get approval from a neutral magistrate. Search warrants must be supported by probable cause and specifically describe the place to be searched and the items to be seized. Furthermore, in executing a search warrant, searchers must only look where those enumerated items may be found. This means that if a large item is sought, searchers cannot look in small spaces such as drawers.

The right to remain silent does not prevent law enforcement officers from making false statements to induce a suspect to confess. Law enforcement agents often lie to create deep psychological pressure and promote confessions, a particularly productive tactic when used with a subject who is young, scared, alone, uninformed, unaware of rights, and the like. These deceptions might be verbal, such as telling a suspect that biological evidence had been recovered from a crime scene, or written, such as providing a falsified laboratory report. Bullying or aggressive and deceptive tactics by the police have all received court sanction.

MacLean points out that US constitutional rights and the social contract embedded within them are cherished rights. Yet the use of deception by law enforcement officers undermines them and does not honour the guiding principles they embody. Lying is not necessary to solve cases and obtain confessions in most cases. It does not honour the vision underlying the social contract that created a criminal justice system supposedly grounded in equal justice for all. Apparently, ‘equal justice for all’ has been subverted by US Supreme Court rulings to mean equal justice unless law enforcement deception or coercion can clear more cases or yield more arrests or convictions. The path forward depends on sharing a common vision for equitable policing with the social contract deemed an imperative.

After George Floyd, have you noticed a shift in the public discussion around police deception?

What can US citizens do to help ensure their government honours the social contract?

Picture a young person, in custody, scared to death, unfamiliar with criminal procedure, being questioned by officers who easily deceive that young person into waiving constitutional rights. Compound that with the frequency of wrongful convictions and unjust prison sentences, often driven by false or coerced confessions. That is the mental picture US citizens should remember when considering whether government officers should be free to deceive civilians into confessing or consenting to searches. What is awful ought not be deemed lawful. 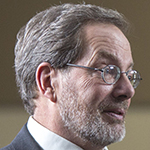 Charles E ‘Chuck’ MacLean, JD, PhD, is Professor and Director of Professional Peace Officer Education at Metro State University in Minnesota and lecturer in constitutional law at the University of Wisconsin-Eau Claire. He has authored or co-authored multiple books and dozens of articles on criminal law, law enforcement ethics, and criminal justice.

Professor MacLean studies the use of deception by law enforcement officers and how this undermines the social contract embedded in US constitutional law.