One in ten adolescents in the US attempt to end their lives each year, leading to tragedy for these individuals and those around them. Lynne Fullerton, Associate Professor at the University of New Mexico Health Sciences Center, and her research collaborators, have invested years studying the factors which predispose adolescents towards suicide. This research provides clear indicators of important points for intervention, most notably, encouraging positive relationships with adults.

The loss of a young life through suicide is a tragic reality for many families and communities. Each year in the US, one in ten adolescents attempts to end their life. This positions suicide as the second leading cause of death for young people between ten and 19 years of age. These death rates are sadly on the rise and this stark reality makes it urgent to find ways of preventing these deaths. Scientists and public health professionals believe the best way to do this is through understanding the risk and resilience factors associated with suicidal behaviours.

The tragedy of a young person taking their life has wide reverberations and is felt deeply within families, friendship networks, and schools. Mental health difficulties – including experiences of stress, anxiety, and depression – are often an outcome for those who have lost someone close to them through suicide. Confusion and guilt about not having seen the signs of the impending suicide are often difficult feelings and emotions for survivors to resolve. Suicide ‘contagion’, through increased suicidal ideation and the potential for additional suicide attempts, is a concern when a suicide occurs. These societal costs make understanding and preventing adolescent suicide a compelling public health problem.

Lynne Fullerton, Associate Professor at the University of New Mexico Health Sciences Center, has been actively engaged in research in suicide risk and resilience for over twenty years. Recently, her research has focused on identifying and understanding the protective role that adults can play in preventing and reducing the prevalence of adolescent suicide attempts among New Mexico Hispanic and other adolescents.

Understanding the risk
New Mexico has in recent years ranked seventh in the US for suicide attempts among 13–19-year-olds. Fullerton explains that a number of risk factors specific to the lives and social environments of Hispanic adolescents have been linked to attempted suicide and self-harm. These include acculturation gaps across family generations; experiences of discrimination for young males; and immigration stress and family drug use for adolescent females. These risk factors can create a sense of social and relational disconnection which may accentuate social difficulties and further heighten suicide risk, especially for female Hispanic adolescents. Young people who experience bullying, physical fighting and forced sexual intercourse are also at increased risk for suicide.

Knowing that there is an adult who cares and believes in their success is an incredibly powerful protective factor in enabling teens to find a reason to live.

Fullerton and her research collaborators have conducted a number of studies published over many years. This research has shown that the lack of positive relationships with adults is one of the key risk factors for suicide among young people. Having positive relationships with adults at home and in the community is associated with a reduced likelihood of teens attempting suicide in the past year.

Protective relationships at home
Fullerton and her research collaborators Meryn Hall, Dan Green, and Courtney FitzGerald used data from a Youth Risk and Resiliency Survey conducted in 2019 to understand which factors in relationships with adults impacted suicide risk among Hispanic adolescents in New Mexico. This research was undertaken using anonymous and voluntary responses from 11,887 adolescents selected randomly for participation in the Youth Risk Behaviour Survey, which is administered biannually by the US Centers for Disease Control (CDC).

This research found that close to 10% of the adolescents reported at least one suicide attempt in the previous 12 months; within this, the risk was higher for girls (about 12%) than boys (about 7%). A consistent factor which correlated with lower suicide attempts was the presence of an adult in the home who showed an interest in the adolescent, whether it was about their schoolwork or where the adolescent was and with whom. Additionally, adolescents who felt they had relationships with adults who believed in their ability to succeed and who cared about them were less likely to attempt suicide then adolescents without such positive relationships.

Positive relationships in the home matter, and these relationships are associated with fewer suicide attempts, and lower incidences of ideation and depression among the youth who have this support. Fullerton points out that these home relationships do not have to be ‘perfect’. The presence of a caring, interested, and supportive adult is what makes the difference in the life of an adolescent.

Support at school
The reality is that not every adolescent is able to draw on supportive relationships at home. Fullerton explains that in these situations, relationships with adults outside of the home can be extremely important. While relationships at home may bring the greatest mental health benefit in reducing suicide risk, relationships with adults outside the home – at school and within the community – also make a substantial difference. Having an adult who simply takes an interest and pays attention to the teen’s life in relation to the homework they need to do or knowing where they are spending their time after school, vitally contributes to the psychological wellbeing of teens.

Fullerton’s research has shown that positive relationships with adults inside and outside the home make a difference in reducing suicide risk for both genders. However, her team’s research has found that the impact of relationships with adults outside the home may be impacted by ethnicity, specifically having less impact in reducing suicide attempt rates amongst American Indian adolescents.

Same-aged peer friendships are important for teens, but these relationships do not have the same levels of suicide-protection as adult relationships. Similarly, involvement in sports and hobbies as activities within themselves do not have a significant impact on suicide risk, although positive relationships with adults formed through these activities do matter.

Every positive adult relationship can make a difference in reducing suicide risk for adolescents.

Community and home
Although Fullerton’s team does not usually focus on many suicide attempt risk factors, one that is compelling in terms of suicide prevention is hunger. Young people who report often being hungry have nearly triple the likelihood of having attempted suicide in the past year as other teens. Poor performance of an adolescent at school, as reflected in their grades, was also found to be a clear ‘red flag’ for suicide risk among teenagers of all ethnic groups. Understanding the relationship between socio-economic factors, such as not having enough to eat, and adolescent suicide means that programmes can be designed to offer interventions that directly target these risk factors. Focusing on kids who do poorly in school is also a logical place for a targeted intervention.

Fullerton explains that an integrated approach which brings together the various adults in an adolescent’s life, at home, school, and in the broader community, is likely to be most effective. In addition, at the simplest level, reducing child hunger through the provision of free meals at school and in the community will make a difference. Risk can be reduced by developing and supporting programmes that foster positive relationships with adults and that encourage adults to understand the life-saving difference they can make. People often feel helpless in the face of suicidal adolescents. Adults may not know the impact they can make in the life of a teen by taking an interest, getting involved, and encouraging and supporting the teen’s success. Fullerton cites as an important example the Homework Diner programme launched in Albuquerque, which enabled schools to function as communal hubs for students who might otherwise have found themselves isolated or unsupported. Parents, school staff, and adults from the community participated, dinner was provided, and students received help with their homework if they wanted it.

Integrating the resources available, through a multisystemic approach with a clear focus on the identifiable factors that make a difference in suicide prevention, offers hope for adolescents struggling with depression. Fullerton points to multiple programmes which show promise and suggests that these should be evaluated and supported through further research and resourcing. Most importantly, each adult in the life of an adolescent can make a difference. For an adolescent, knowing that there is an adult who cares and believes in their success is an incredibly powerful suicide protective factor and can demonstrate to that young person that they matter.

What are the key implications of your research for the design of suicide prevention programmes?

Suicide attempts are less frequent among adolescents who report having good relationships with at least one adult – either in the home, in the community, or at school. The critical element of these relationships seems to be that the adult demonstrates caring by helping the teen (eg, with homework), concern (eg, by knowing where the teen is and whom they are with), and belief that the teen will be successful. These ‘parenting’ tasks can best be shared by the many adults in an adolescent’s life.

In terms of suicide prevention it is important to pay attention to risk factors like school grades and making sure teens have enough to eat, but it is equally important to pay attention to what helps kids be resilient to thoughts of suicide. Programmes that work with adolescents and their parents, focusing on what is hopeful and the teen’s successes, should be evaluated for effectiveness. Culturally relevant programmes appear to have more promise than a one-size-fits-all approach. 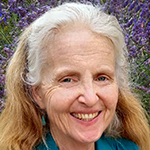 Dr Lynne Fullerton and her collaborators study the factors which predispose adolescents towards suicide.

US Centers for Disease Control and Prevention.