Behavioural Sciences
Homelessness is becoming a relevant phenomenon in western nations despite improvements across economic and healthcare indices over the last decades. Dr Fabrizia Faustinella, Associate Professor at Medicine at Baylor College of Medicine, Houston, Texas, has crafted a compelling documentary on homelessness exploring both its causes and consequences and giving a voice to those living on the streets. The documentary, entitled The Dark Side of The Moon, sheds light on this often unspoken and much-maligned aspect of society and those facing its challenges on a daily basis.

Almost all of us living in the urban west encounter homelessness on a nearly daily basis. The sight of people living on the streets is very frequent and yet we barely acknowledge this problem or give it a second thought.

The fact that there is no internationally agreed definition for homelessness makes it difficult to compare homelessness rates across nations. The term ‘literally homeless’ refers to those staying in shelters, abandoned buildings or living on the streets. This group is further characterized as ‘sheltered homeless’ or ‘unsheltered homeless,’ depending on whether they are using some form of accommodation or not. Furthermore, those who stay with family or friends as a result of having no alternative lodging arrangements are termed ‘precariously housed.’ Despite the complexity of measuring homelessness, however, available data paint a striking picture of its prevalence. A 2007 study, for example, shows that 1 in 13 people in the UK have been homeless at one point in their lives and the number is now increasing. 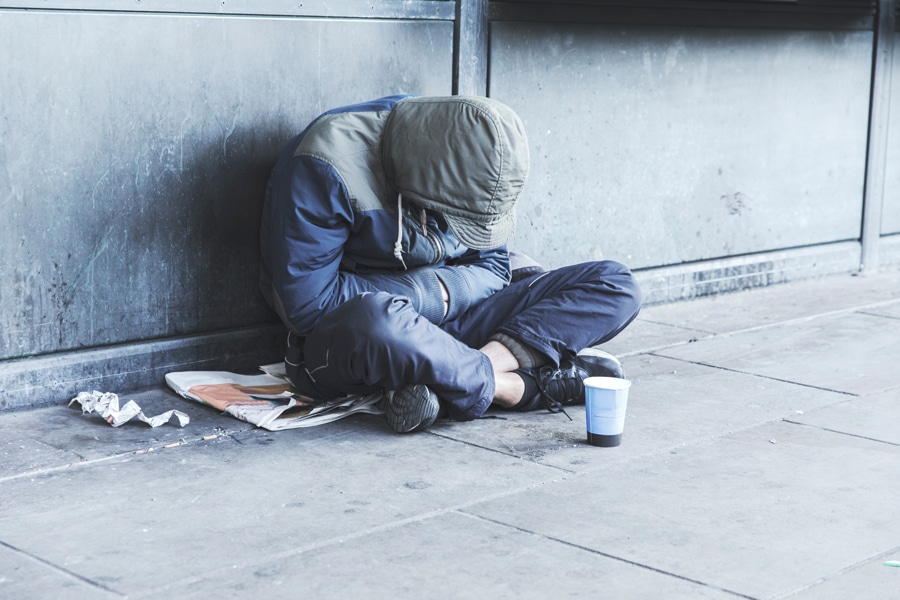 According to official UK Government statistics that do not even include people sleeping in a shelter or in an overnight hostel, the number of homeless in England has doubled over the period 2012-2018. Some figures suggest that rates in the United States are decreasing, with 100,000 fewer people sleeping in shelters and on the streets over the past nine years. Other figures, however, suggest that homelessness, in fact, has been steadily increasing since the 1970s in smaller, rural townships as well as in America’s biggest cities. More than 550,000 people, including about 36,000 unaccompanied youth under the age of 25, are homeless in the US on any given night, according to data from 2018, and homelessness remains a widespread phenomenon. According to The National Center on Family Homelessness, a staggering 2.5 million children are now homeless in the US. Why, despite the obvious wealth of developed western nations, the prevalence of homelessness is so high?

The Dark Side of The Moon
Dr Fabrizia Faustinella, Associate Professor in the Department of Family and Community Medicine, Baylor College of Medicine, Houston, Texas, takes a holistic view of homelessness. Trained as a physician and with a PhD in genetics, Dr Faustinella has created a documentary to shine a light on homelessness, its root causes, its effects, and ultimately, possible solutions. What makes people vulnerable to homelessness? What are the links between drug use, mental illness, crime and homelessness? These are some of the questions that she addresses in her film, evocatively named The Dark Side of The Moon. 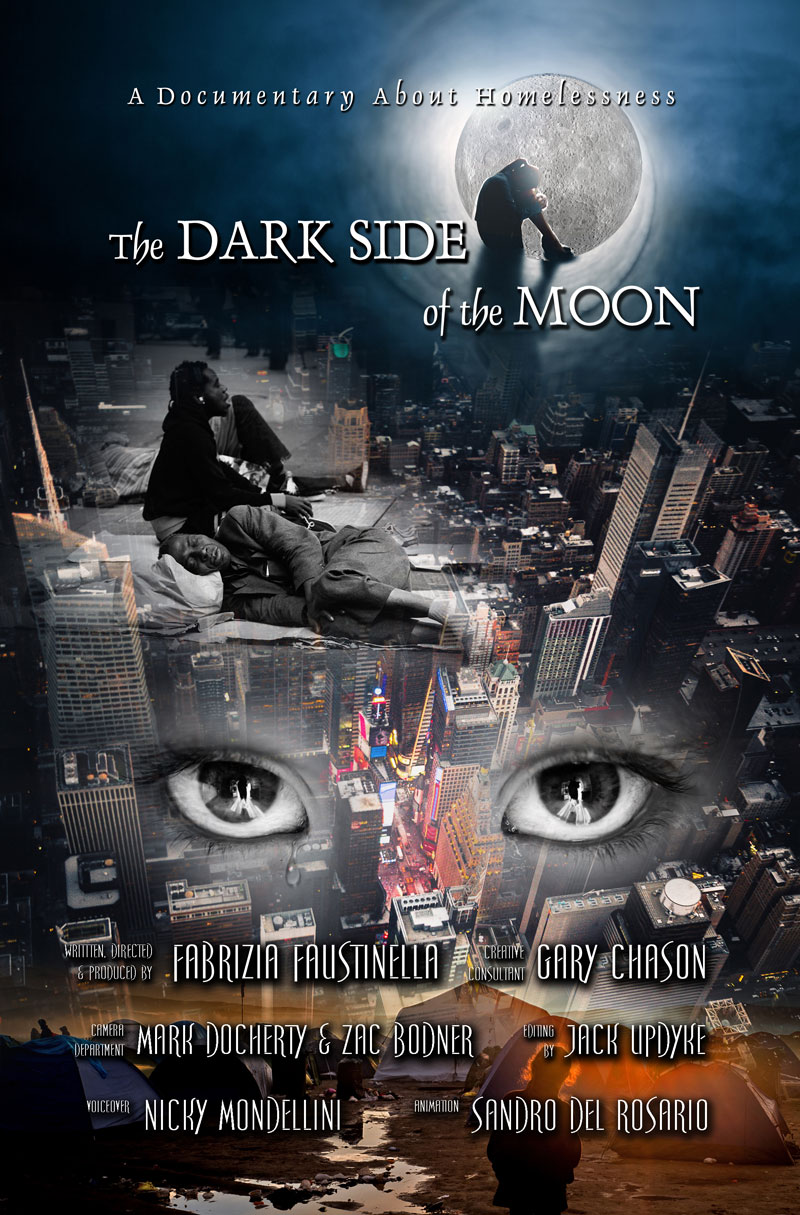 Why people become homeless? The hardship of street life
There are many reasons why people become homeless: loss of income or insufficient income, lack of affordable housing, poverty, marriage breakdown, domestic violence, mental and physical illness are, among others, common causes. Many people talk of a spiral sparked by one event, for example, the loss of a job, resulting in financial instability and eviction, which, combined with family breakdown, lack of support and lack of needed services, eventually leads to homelessness.

Dr Faustinella has created a documentary film to shine a light on homelessness, its root causes, its effects, and ultimately, possible solutions.

In the United States, racial and ethnic minorities are disproportionately affected by this problem. When compared to the total population, those who are homeless are more likely to be adult, male, African American, unaccompanied/alone, and disabled. More than 10% of adults living on the streets in the US are veterans. Many people experiencing homelessness often have serious mental illness and issues with drug and alcohol abuse, likely to be both the cause and consequence of their condition. While approximately up to 6% of Americans are affected by a mental health condition that can severely impact behaviour and quality of life – more than 20% of homeless people fall under this category. Furthermore, about 45% of the homeless population in the US has a history of mental health diagnoses. This number does not consider those living with mental health problems that have not been diagnosed or addressed by healthcare professionals.

It is easy to see why mental illness could make someone vulnerable to becoming homeless. Severe mental health issues, such as major depression, bipolar disorders, schizophrenia and psychosis, often lead to chaotic living and strained relationships, in addition to impacting a person’s ability to work and provide for themselves financially. Mental illness can also impact an individual’s ability to care for their own health, leaving them more susceptible to other disease processes. All these factors do increase the likelihood that a person may end up living on the streets. 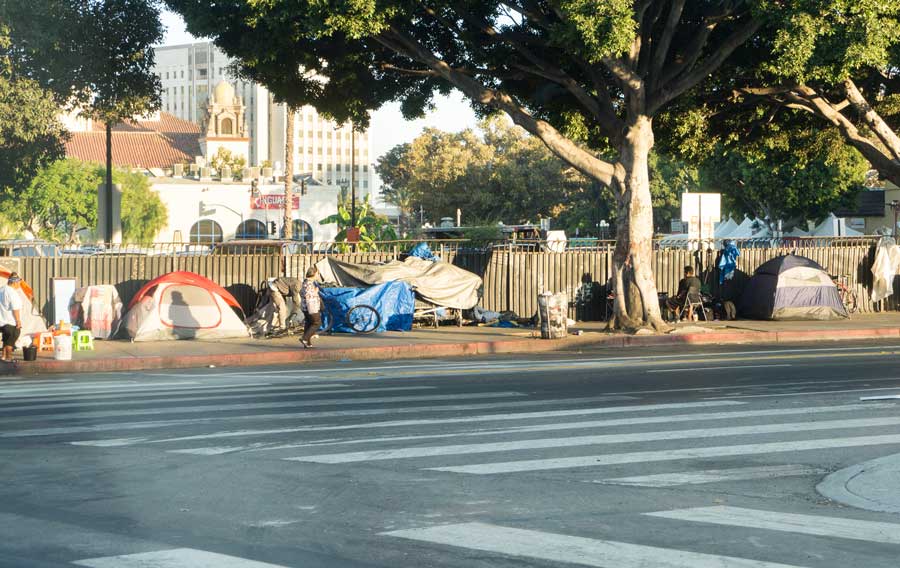 As explained in The Dark Side of The Moon, many of those living on the streets come from abusive families and have suffered neglectful, traumatizing experiences as a child. This can have long-lasting, negative effects on their neuro-biological development, leaving them at increased risk of behavioural problems and mental illness. Sadly, these fractured family dynamics also mean that these individuals are less likely to have family support when they fall on hard times, again compounding their risk of homelessness.

While there have been great strides in trying to improve understanding and treatment of mental illness in recent years, most wealthy nations’ healthcare systems still do not provide adequate resources and funding for much needed mental health services. As a result, mental health issues are not properly addressed and once people are living on the streets, the chances of being treated appropriately are even lower or non-existent. Early intervention is key to supporting those at highest risk and yet many services are insufficient and woefully underfunded.

A powerful aspect of The Dark Side of the Moon is the amount of on-screen time dedicated to giving the homeless their own voice, allowing them to explain their own situation and talk about their own personal experiences. Many speak of living in a vicious cycle of struggling to get formal identification documents, therefore being denied access to support services, which creates insurmountable obstacles when trying to come out of homelessness. Their accounts tell a tale of life on the streets being a demeaning, humiliating and, at times, dehumanizing experience. Clearly, living without material comforts is only one part of their plight. The mental struggle caused by isolation and abuse is often an even more difficult burden to bear.

During the film, Alexis, a young homeless woman, speaks of her experiences of being ignored and the issue of homelessness being unseen, likening it to the ‘dark side of the moon’. This metaphor is woven throughout the film – as well as being its title – as those living on the streets talk about their daily experiences of being overlooked, or even feared, by their fellow citizens. Studies show, however, that people who are homeless are more likely to be victims of crime than perpetrators. Sleeping on the street with all their worldly possessions makes them extremely vulnerable to attacks. Rates of rape in homeless women stand at approximately 30%. Those with serious mental health conditions are even more likely to suffer abuse. Unfortunately, particularly in the US, these individuals are also at higher risk of incarceration. In fact, across the United States, people with serious mental health issues are more likely to be jailed than to be hospitalized. It has been found that 17.3% of prison inmates with severe mental illness were homeless prior to being arrested and 40% were homeless at one point in their lives, compared to 6% of undiagnosed inmates. 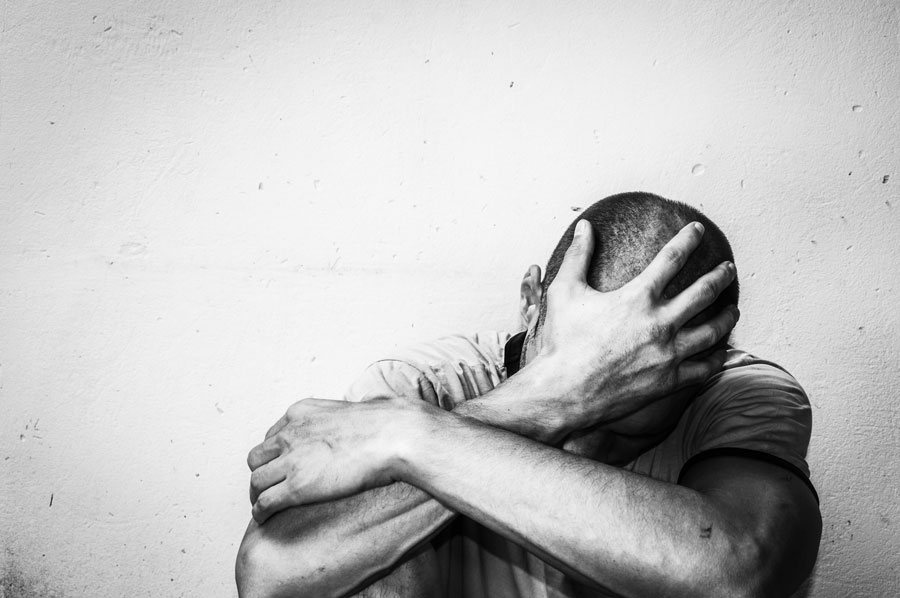 To complicate matters, homeless people are often targeted by a number of city ordinances which prohibit particular behaviours such as obstructing sidewalks, loitering, pan-handling, trespassing, camping, being in particular places after hours, sitting or lying in particular areas, wearing blankets, sleeping in public, storing belongings in public places, and so forth. Under these laws, homeless people are regularly cycled through prisons and jails, which perpetuate abuse and discrimination. Homelessness and incarceration increase the risk of each other causing a cycle of hardship and uncertainty.

Many people experiencing homelessness are affected by serious mental illness, likely to be both cause and consequence of this tragic human condition.

Where to go from here?
As emphasized in the documentary, there is no easy, clear-cut solution for how to deal with homelessness. It’s apparent that a viable approach from policy-makers needs to address multiple issues at the same time: early housing, affordable housing, job training, access to healthcare and rehabilitation services, access to social services, in addition to engaging the wider community. As homeless people don’t vote and many of us remain oblivious to their struggles, the onus for politicians to tackle the issue is reduced. What is obvious from available data is that doing nothing to alleviate the problem is costlier than intervening. The chronically homeless population uses expensive public services at very high rates. As cities deal with increasing emergency department visits and hospitalizations, shelters, mental health services, incarceration, court time and so forth, the cost of preventing homelessness and helping people coming out of it pales in comparison.

In the film, a social worker credits the ‘grace of God’ as the sole reason for being homed and living a comfortable life while others are on the streets. His narrative, as long as many other testimonials, conveys how quickly any one of us could become homeless due to a dramatic life change, compelling the viewers to re-evaluate their own personal attitudes and prejudices towards homeless people, to understand the complexity of the human condition
and find within themselves elements of shared humanity.

What else do you think needs to be done to raise awareness and tackle the issue of homelessness?

Homelessness in Western Society: The Dark Side of The Moon was last modified: May 30th, 2019 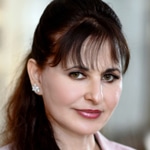 Dr Faustinella is currently associate professor of medicine at Baylor College of Medicine, Houston, TX. She’s also a filmmaker and has recently written, directed and produced a documentary on homelessness entitled The Dark Side of the Moon which will compel the viewers to re-evaluate their own personal attitudes and prejudices towards homeless people, to understand the complexity of the human condition and find within themselves elements of shared humanity.

Dr Fabrizia Faustinella’s documentary, The Dark Side of the Moon, explores the root causes of homelessness and the challenges of street life, as long as societal biases and prejudices towards homeless people. It also focuses on how a difficult upbringing, amidst abuse and neglect, can have a devastating impact on the cognitive and physical development of a child.

The documentary discusses possible solutions to the widespread and devastating problem of homelessness.

Fabrizia F., 2019, "Homelessness in Western Society: The Dark Side of The Moon", Research OUTREACH (107). Available at: https://researchoutreach.org/articles/homelessness-in-western-society-the-dark-side-of-the-moon (Accessed YYYY/MM/DD)