Health & Medicine
Schizophrenia is a severe and often debilitating mental disorder. While antipsychotic medications aim to alleviate the symptoms, about a third of patients with schizophrenia are treatment-resistant. Dr Olesya Ajnakina, a Research Fellow at King’s College London, combines state-of-the-art methods in statistical analyses, such as machine learning, to develop prediction models aiming to identify patients at risk of developing treatment-resistant schizophrenia, in order to adapt their care and improve their outcomes.

Schizophrenia is a severe long-term mental health condition that causes psychotic symptoms during which the person may not be able to distinguish their own thoughts and ideas from reality: people with schizophrenia tend to have sensory perceptions that are not based on external stimuli (hallucinations), persisting feelings of being under threat (paranoia) and abnormal beliefs, all of which lead to loneliness, isolation, and inability to maintain their lives as they were before the illness occurred. The rate of suicide mortality is 4 to 13 times higher in people with schizophrenia than in the general population, and their life expectancy is 20 years shorter.

Currently available antipsychotic treatments aim to alleviate these psychotic symptoms, but approximately a third of patients with schizophrenia do not respond to these medications. This group of patients is known to have treatment-resistant schizophrenia (TRS). Patients with TRS have higher rates of unemployment, worse quality of life, and poorer social and occupational functioning than those who respond to treatment. There is therefore a need to improve these patients’ outcomes.

Treatment-resistant schizophrenia (TRS): what it is and how it is treated
Treatment-resistant schizophrenia (TRS) is generally defined as insufficient response to at least two sequential trials with different antipsychotic medications of adequate doses taken over an adequate time period. Clozapine is the only known antipsychotic that is effective in people with TRS. However, because of its adverse effects, clozapine is recommended as a third-line treatment, meaning that it is used only when two other antipsychotic treatments have proven to be ineffective.

Sadly, TRS is often not detected, which results in clozapine being commenced after a delay of some years, or not commenced at all. Indeed, while treatment guidelines indicate that patients can be diagnosed with TRS and prescribed clozapine as early as 12 weeks after the start of antipsychotic treatment, the average delay is actually 3.9 years – years during which patients are inadequately treated, consequently exposing them and their loved ones to a long period of unnecessary suffering. In fact, Dr Ajnakina and her team observed that over a period of five years, barely a half of patients with TRS commenced treatment with clozapine. The other half did not commence it, despite meeting criteria for this treatment. Shortening the period of inadequate treatment before initiation of clozapine treatment would be beneficial to patients and their loved ones, especially as a shorter delay is associated with a better response to clozapine and subsequently improved quality of lives. A way to do that is to identify patients who are likely to develop TRS earlier they in the course of their illness and expedite their access to clozapine treatment.

A crucial benefit of prediction models is their ability to inform individuals of their risk of an illness. 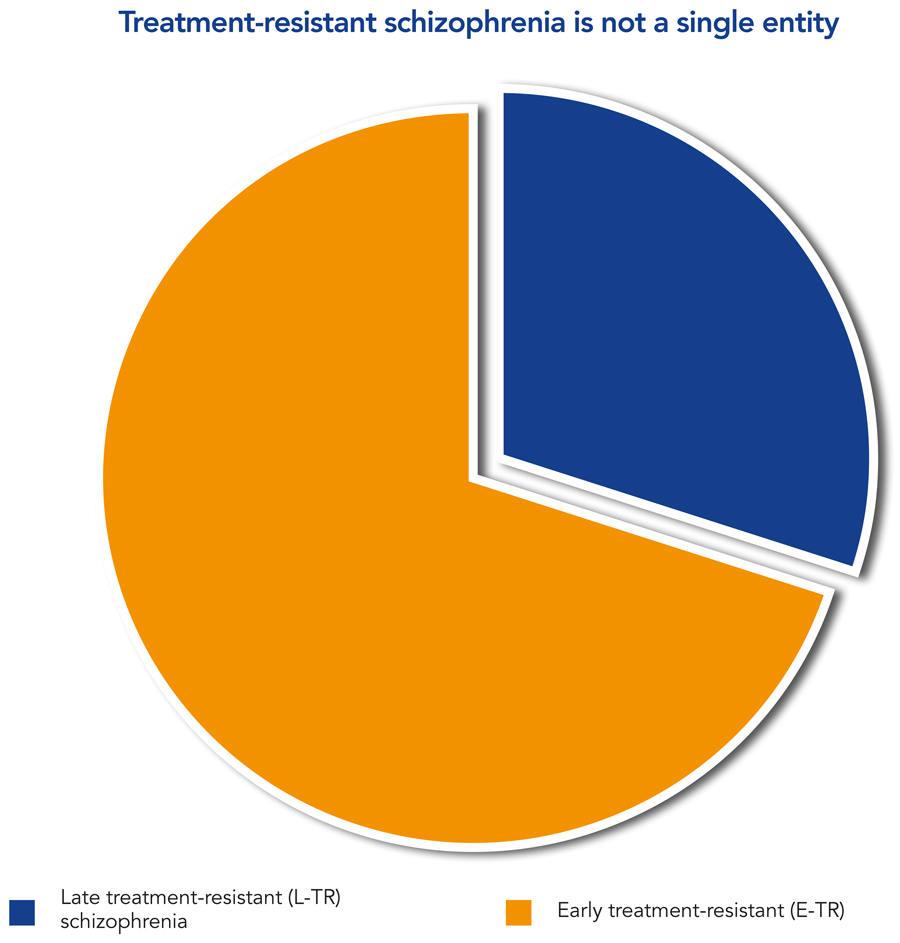 Predictors: what are they?
Identifying risk factors related to meeting criterion for TRS subtypes allows a rapid assessment of an individual risk for TRS subtypes, which is at the core of more in-depth risk assessment, follow-up monitoring and individually tailored prevention strategies. Predictors of TRS are risk factors indicating that a patient with schizophrenia is more at risk of being resistant to treatment. Identifying such predictors would be useful to identify TRS patients earlier during treatment, so that they can be prescribed clozapine earlier. Besides, predictors would also help scientists to understand the causes of TRS. Different teams of researchers, including Dr Ajnakina’s team, have tried to identify predictors of TRS and its subtypes.

For example, in a longitudinal study, Dr Ajnakina and her team reported that patients treated with clozapine were those that, at the time of the first contact with health services for schizophrenia, had the most severe psychopathology. This finding indicates that a clinician may be more likely to prescribe clozapine when the symptomatic presentation of the illness is more severe. Another difference noted between patients with TRS who commenced clozapine treatment and those who did not was that patients treated with clozapine were more likely to be living with family members or friends, suggesting that the start of clozapine treatment might depend on family support and stable living arrangements. Reports from other teams indicate that various factors such as male gender, autumn or winter birth, poor pre-morbid functioning and rural upbringing may also contribute to treatment resistance, although more data would be needed to confirm the role of these factors as predictors for TRS.

For those who have developed an illness, prediction models can estimate their most likely illness trajectory.

To estimate even more precisely a patient’s risk of developing treatment resistance, it is imperative to employ statistical learning algorithms that are recognised as optimal for personalised risk prediction. This is because they will enable the development of accurate prediction models for estimating individual, rather than average, risk for a disorder outcome during the illness, based on available patient characteristics and clinical findings. These methods achieve this by, instead of looking at individual predictors one at a time, which significantly increases a risk of producing unrealisable results, simultaneously taking into account all the predictors while adjusting for any biases that may be present, such as correlated between the variables and multiple testing.

Predicting treatment resistance
Despite the vast personal and societal impact of schizophrenia, the preventive measures for people at risk of developing the disease, and personalised curative treatment options for people who have developed the illness, were lacking. Therefore, Dr Ajnakina and her team are developing reliable prediction models for estimating an individual risk for E-TR and L-TR, with the aim of understanding patients’ risk of developing treatment resistance, especially after a period of favourable response to the ongoing treatment with antipsychotic medications.

Having focused on factors known to be associated with poor schizophrenia outcomes, such as adverse childhood experiences, substance use and lack of social support, they employed computer intensive statistical learning methods, particularly regularised regression methods, have been suggested as optimal methods for clinical and personalised risk prediction.

The developed models had good discriminative ability to identify those schizophrenia patients who were at a greater vs lesser risk to meet criteria for E-TR and L-TR. The obtained discriminative ability for each model was on par with prediction models for coronary heart disease, breast cancer and cardiovascular disease, which are now included in clinical guidelines for therapeutic management. Moreover, the developed prediction models for estimating an individual risk for developing E-TR and L-TR following onset of schizophrenia showed a strong ability to identify those schizophrenia patients who will not develop these TRS subtypes in the following 5 years; whereas, the high specificity implies these models are likely to correctly classify a higher proportion of schizophrenia patients as high risk for TRS subtypes in the following 5 years. Thus, utilising these models in practice can reduce the chances for newly diagnosed schizophrenia patients being exposed to inappropriate intervention plans designed for treatment resistant schizophrenia.

Although further work is needed to improve them, these prediction models allow a rapid assessment of an individual risk for TRS subtypes, which can be useful to implement individually-tailored prevention strategies.

What was a challenge that you faced while conducting this research and how did you overcome it? 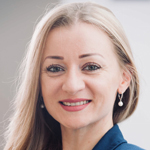 Dr Olesya Ajnakina is a Research Fellow in Precision Medicine at King’s College London. Dr Ajnakina holds a PhD in predicting psychosis outcomes from King’s College London where she was supervised by Sir Robin Murray. Prior to that Dr Ajnakina graduated in the top 5% of the BSc in Psychology class of 2011 and later pursued an MSc in Clinical Neuroscience (2012).

Dr Ajnakina’s research career has focused on predicting who is at risk for developing psychosis including schizophrenia as well as improving long-term outcomes for patients. To achieve these goals, Dr Ajnakina combines the start-of-the-art methods in statistical analyses, such as machine learning and interrogation of human genomes.