Professor Chrysanthi Leon, Associate Professor of Sociology & Criminal Justice and founding member of the Center for the Study and Prevention of Gender-based Violence at the University of Delaware, and Professor Corey Shdaimah, Daniel Thursz Distinguished Professor of Social Justice at the University of Maryland School of Social Work, research prostitution diversion programs (PDPs). These programs ostensibly offer a more sympathetic and nuanced approach to the question of sex work, a counterbalance to the punitive measures which vilify and endanger the lives of sex workers. By introducing the important concept of targeted sympathy, Leon and Shdaimah highlight the vital deficiencies of PDPs, which often fail the very people they seek to protect. Their research attempts to fill a gap in existing literature, which has tended to uncritically (or overly critically) perpetuate reductive stereotypes about sex work. Their work hopes to find more effective forms of meaningful justice.

The question of sex work in a legal context often tacitly revolves around a broader moral dispute. Put very simply, the question might be: are sex workers victims, criminals, or individuals exercising their agency? This is a debate that both feminists and the criminal justice system have long grappled with, often coming to contradictory and highly insensitive conclusions. Prostitution diversion programs (PDPs) mark progress from traditional justice systems. So-called ‘whore courts’ ostensibly take a more sympathetic and quasi-therapeutic approach. However, Professor Chrysanthi Leon, JD, PhD, and Professor Corey Shdaimah, LLB, LLM, PhD, are concerned that PDPs continue to stigmatise people and provide resources to only a few, particularly by utilising what the researchers have called targeted sympathy.

To explore these new forms of problem-solving justice, Leon and Shdaimah conducted research in the field. This was published in their paper Targeted sympathy in ‘whore court’: Criminal justice actors’ perceptions of prostitution diversion programs. The paper reveals shortcomings of PDPs and highlights the failure of targeted sympathy to solve the problems currently faced by those engaged in street-based sex work.

The shortcomings of PDPs
Leon and Shdaimah are particularly concerned with the treatment of sex work in recent academic literature. They believe it to be either completely uncritical or overly critical, such that it overlooks the human context of this contentious subject. Both treatments tend to be reductive, simplistic, or overtly hostile to sex workers. To remedy this, their research aims to be critical while remaining grounded, examining nuanced aspects of the legal treatment of sex workers that have thus far been overlooked.

The paper begins by explaining PDPs. These are a form of problem-solving justice that aims not to punish sex workers but rather to view them as victims of exploitation. In doing this, courts can improve outcomes for sex workers, giving them a way to leave sex work and build a better future. Of course, such a view is predicated upon assumptions about what constitutes a ‘better’ future, and it is important to reflect upon who exactly has the power to make these decisions.

While this is a step forward when compared with the outright prosecution of sex workers, it is only a partial solution. Leon and Shdaimah’s view is that PDPs operate according to a contradictory logic. On the one hand, sex workers are viewed as victims who require rehabilitation. On the other, they’re expected to take responsibility and be held accountable. This leads to what Leon and Shdaimah refer to as PDP workers opting to ‘exploit the paradox of assistance through coercion’.

Targeted sympathy means sympathy is aimed solely at women who fit a certain set of preconditions and assumptions.

PDPs lead to targeted sympathy
In much of the world, there exists a pervasive and entrenched assumption that sex workers are ‘contemptible, pathetic, and morally deficient’. This emerges out of an unfair focus upon – or a general policing of – women’s behaviour. US sex work has been criminalised. The corollary of this criminalisation has been that street-based sex workers are forced into dangerous situations, often in under-resourced neighbourhoods, and often must cope with precarious poverty. Sex workers may be further marginalised if they are transgender, migrants, or ethnic minorities. Criminalisation, in other words, has done little to protect sex workers, and has further jeopardised the position of people who might already be vulnerable or overlooked.

PDPs represent a move towards an approach that is both more compassionate and more effective. However, contradictions remain in the attitudes of PDP members, law enforcement, and the general public. For example, they may say that sex workers are by definition victims of coercion, while also choosing to arrest and prosecute. If they were truly victims of coercion, sex workers would lack the freedom of choice and intent (mens rea) that is typically a required element of criminal offending.

While participating in PDPs, women are asked to analyse their relationships, their behaviour, and their thoughts. This is part of the overall increased surveillance of sex workers, further implying that they should take responsibility for becoming more ‘moral’ humans. This leads to a narrow set of acceptable problems, such as addiction or mental illness, in which only some women can feasibly be helped through PDPs. The limited menu of problems and remedies causes the application of targeted sympathy, which is a central concept in the research of Leon and Shdaimah.

Measuring the effectiveness of PDPs
To delve further into targeted sympathy and fill an important gap in the extant research around sex work, Leon and Shdaimah combine data from two qualitative studies. One looked at two newly formed PDPs in Baltimore and Philadelphia, while the other examined a needs assessment in Peterson County (a pseudonym is used in this study to protect the confidentiality of participants). They used semi-structured interviews, focus groups, and observations to explore the experiences and expectations of PDP group members.

Interviews were recorded so that the researchers could capture respondents’ perspectives in their own words. They then analysed the data using iterative consensus coding, in which they identified key terms and phrases. These included concepts such as ‘responsibility’, ‘trauma’, and the attitude of ‘who does this?!’

Leon and Shdaimah recognise the limitations of their research. Most significantly, it doesn’t review the impact of race, class, and gender on the effectiveness of PDPs. This is because the researchers did not consistently ask participants about their identity, and it wasn’t consistently raised by the participants themselves. This is also a small sample that combines data from different studies with similar research aims. Nonetheless, it offers important insights into the effectiveness and desirability of PDPs.

The failure of targeted sympathy
It is important to remember that PDP professionals interviewed in these studies were there because they had a keen interest in helping sex workers; they have a certain sympathy for them. However, the research suggests that theirs is targeted sympathy, meaning it is aimed at women who fit a certain set of preconditions and assumptions, reinforcing potentially pernicious value judgements, and ostracising those vulnerable women who do not conform to the parameters of acceptability. These sex workers –deemed in some way favourable – are those who stand to gain the most benefit from PDPs.

Most of the PDP professionals interviewed exhibited a ‘who does this?!’ attitude towards sex work. They viewed it as unsavoury, perhaps even immoral, behaviour. They expressed the view that no one would wake up in the morning and choose to do this kind of work. They believe women are forced into sex work, with no other option.

When women did not fit into this set of assumptions, they were often unable to enjoy the full benefits of PDPs. This form of problem-solving justice, therefore, amounts to little more than justice system coercion. Sex workers are expected to exhibit a narrow set of acceptable problems, to take responsibility for their circumstances, and conform to an externally enforced moral norm.

The ‘least bad’ option?
PDP professionals work in quasi-therapeutic roles, meaning that they offer a higher level of care towards sex workers than the traditional justice system can provide. However, they also rely on hyper-responsibilisation, in that sex workers are expected to overcome systemic hurdles, without the necessary resources to do so. This only perpetuates the stereotypes that have long existed around sex workers.

Many PDP workers are aware of its shortcomings. However, they continue with it because they view it as the ‘least bad’ alternative. Others, though, do not view PDPs as problematic, but rather the right way forward. This reveals tensions between PDP professionals on top of the contradictory beliefs within the minds of workers themselves.

The driving motivation of PDP workers is that they feel compelled ‘do something’. They have a deep desire to intervene in order to prevent the cycle of sex work, arrest, incarceration, release, repeat. While this is an improvement on the unsympathetic nature of purely punitive responses, it can be paternalistic and unhelpful. PDPs may well be the least bad option, but they are a long way from being good enough. Too often, sex workers are failed by the very system which is tasked with protecting their interests.

Leon and Shdaimah’s research concludes by recommending that the criminal legal system grapples with the risk of targeted sympathy. This self-awareness is the first step towards overcoming the continued stigmatisation of sex workers. There remains a power imbalance between PDP workers and those who are charged with prostitution. More research must be done to examine the contradictory logics of problem-solving justice so that we can move towards a solution that centers sex workers, focusing on demolishing structures of inequality rather than implementing justice through hyper-responsibilisation and targeted sympathy.

How much of an improvement are PDPs over traditional justice systems?

As feminist scholars we call for critical scholarship that accounts for context. The devil is in the details: programmes must be viewed in their particularities, including how they compare to existing alternatives. PDPs may provide welcome options, but they are individualised responses to broader problems. They are risky and stigmatising for sex workers. We worry that PDPs deflect our attention from systemic changes.

The problem of targeted sympathy in justice for sex workers was last modified: December 22nd, 2021 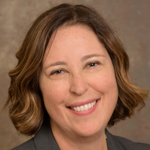 Chrysanthi S Leon, JD, PhD, is Deputy Dean of the Honors College, Associate Professor of Sociology and Criminal Justice, and founding member of the Center for the Study and Prevention of Gender-based Violence at the University of Delaware. She focuses on sexual offending and teaches in a local women’s prison. 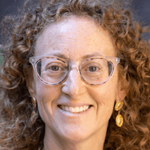 US Office on Women’s Health, Office of Public Health and Science, Department of Health and Human Services, Grant/Award Number: WH-CCE-10-001