Historically, crops have been domesticated without limiting their access to nutrients or water. Since these varieties did not need efficient nutrient absorption and distribution mechanisms, they are poorly adapted to a sustainable agricultural system which limits the need for excess fertiliser. Drs Laura Carrillo and Joaquin Medina of the Centre of Biotechnology and Genomics (CBGP) in Madrid, Spain, investigated the metabolic responses of tomato plants to nitrogen and water stress. By observing the effects specific to nutrient and water limitation, and correlating these to gene expression, they established specific targets for future plant breeding.

Nitrogen is a crucial component for plant growth and development. It has been supplemented by fertilisers since the 1950s; however, it is estimated that less than half the nitrogen applied to the soil is absorbed by the plant. This excessive amount of fertiliser leads to the release of harmful greenhouse gases into the atmosphere and a significant eutrophication of our water systems. Increasing the efficiency by which plants use nitrogen would decrease the need for fertiliser, thereby reducing the agricultural impact on climate change and biodiversity.

Dr Joaquin Medina, a senior principal CSIC-INIA researcher at the Centre of Biotechnology and Genomics in Madrid, Spain, and his colleague Dr Laura Carrillo, worked to identify key genes and metabolic pathways involved in water- and nitrogen-stress responses in model plants and crops like tomato (Solanum lycopersicum). Our current understanding of the genetic bases of plant responses to nitrogen limitation is based on studies of effects on the model plant Arabidopsis thaliana (small flowering plants related to mustard), as well as a few agricultural species, but the genetic components involved in nitrogen responses in vegetable crops like tomato has not been as widely studied.

Investigating nitrogen-stress responses
The researchers focused on the study of metabolome (total metabolic components produced by the cell) and transcriptome (total RNA transcripts expressed in the cell) of different organs of tomato plants subjected to nitrogen limitation for different periods of time.

The tomato (Solanum lycopersicum L.) is one of the most globally important horticultural crops and has significant nutritional value. During the last decade, fertiliser has been used to maintain plant growth and fruit yield. However, the excess nutrients are usually washed off and pollute the natural environment, especially soils. By examining the metabolic and transcriptomic output of a plant deprived of a key nutrient, the major components of nitrogen responses can be revealed.

Using this approach, the research team examined genetic bases and identified key genes and metabolic pathways that are important to improve nitrogen use efficiency (NUE) that could be used in new tomato-breeding programs. NUE is an overall trait that encompasses many facets of nitrogen uptake, storage, assimilation, and distribution throughout the plant. To improve NUE some of these aspects should be enhanced, even under limiting conditions.

To examine the effects of nitrogen limitation in this study, tomato plants were grown using sufficient nitrogen supplement (8 Mm N) and a reduced N supplementation (suboptimal) intended to mimic a more sustainable fertiliser supply (4 Mm N). The team observed that the depleted group produced 1.7 times less biomass compared to the control plants. This was likely due to a reduction in chlorophyll production, leaf area, and photosynthetic output in the nitrogen-starved plants. The plants were less efficient at capturing carbon from the air, reducing the total carbon, as well as nitrogen, required for biomass production. Nitrogen depletion also affected uptake of phosphorous and potassium in the leaves, indicating a significant link with both metabolic processes.

Metabolic responses to suboptimal nitrogen conditions
Limiting nitrogen availability influenced the plants’ carbon and nitrogen primary metabolism, which impacted the synthesis of sugars, organic acids, and amino acids. Specifically, the tomato plants deprived of nitrogen prioritised processes to maintain sucrose, glutamate, and asparagine (critical for new tissue growth), and excess carbon was stored in the roots. The plants reduced their new shoot growth, and the source of sugar production was negatively impacted, as well as the size of sugar storage sites. Sugar content increased in the roots but decreased in the leaves, indicating that most assimilated carbon was quickly exported from the leaf to sustain plant growth.

Medina and Carrillo identified key metabolic pathways and genes that are important to improve nitrogen-use efficiency.

Nitrogen depletion reduced total amino acid content and impacted the production of some amino acids over others, but it also initiated multiple adaptive strategies. Integrative transcriptomic and metabolomic data analysis, using GWENA bioinformatic tools, found new links between specific gene clusters and primary metabolism compounds in leaves and roots. In leaves, genes involved in photosynthesis, metabolism, and nitrogen assimilation increased expression. Most notable of these were genes involved in amino acid biosynthesis and the Krebs Cycle, a key component in metabolism. The increased expression in roots involved genes associated with carbon and nitrogen metabolism and transport. Several of these genes are correlated with changes in organic acid, amino acid, and formate levels related to carbon and nitrogen metabolic pathways.

Limiting nitrogen and genetic expression
Overall, limiting nitrogen changed the expression of genes associated with both nitrogen and carbon metabolism and transport within the plants’ organs. The most notable modifications in the transcriptome were observed in the leaves, indicating that nitrogen depletion has the greatest impact on photosynthesis and amino acid metabolism. In addition to these, nitrogen-starved plants invoke alternative respiration and cyclic electron transport processes to maintain their redox and ATP/NADPH balance (the plant finds alternative strategies to balance electrons and molecules necessary for energy production). This is the first report of these alternative metabolic pathways being employed as a stress response in nitrogen-starved tomato leaves.

Nitrogen transporters are another area of interest when developing a nitrogen-efficient tomato plant. These components are important for nitrogen distribution and uptake by different plant organs. The research team identified new nitrogen transporters in tomato. The expression levels of SlNPF2.6 and SlNPF2.11 genes were increased under nitrogen depletion in roots and leaves, and SlNPF1.17, SlNPF7.6, and SlNPF7.3 were expressed especially in leaves. The different patterns of gene expression observed between organs and nitrogen levels might indicate that these genes play specific functions in nitrogen transport and recycling, especially from senescing leaves to different sink organs. Further study is needed to discover the exact functions and molecular mechanisms behind these transporters, but they are still good targets to breed for optimal nitrogen efficiency. 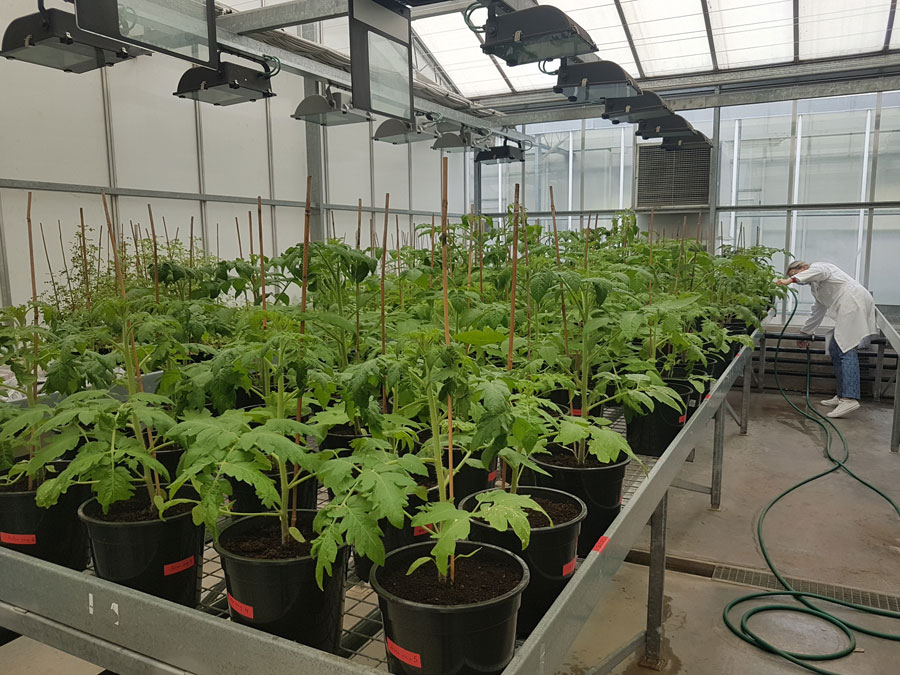 What other approaches are you taking to tackle the challenge of stresses caused by climate change?

Crop plants, including vegetables, have been obtained by selection and breeding and are adapted to non-stressful environments, where yield potential can be best exploited. However, under lower water and fertiliser supply, the maintenance of such favourable conditions may become economically unfeasible, and severe yield losses may be expected.

The challenge of maintaining yield and quality of vegetable crops under increasing nutrient and climate change-dependent stress is formidable. But the problem may be tackled by selecting or developing stress-adapted genotypes (endowed with superior stress tolerance or resilience). To this end, we are participating in projects like VEGADAPT (www.veg-adapt.unito.it) which aims to explore and exploit untapped genetic variability often preserved in local and often neglected genotypes. Our objective is to identify key genes and metabolic pathways involved in the tolerance to stress. 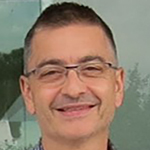 Dr Joaquin Medina is a senior principal CSIC-INIA researcher at the Centre of Biotechnology and Genomics (CBGP) in Madrid, Spain.He got his PhD in plant molecular biology from the Polytechnic University of Madrid (UPM) Spain. His research lines are focused on plant nutrition and plant growth adaptations to climate change in crops.

Dr Laura Carrillo holds a PhD from the Polytechnic University of Madrid (UPM) and has a specialty in plant biochemistry. She is currently affiliated to the Centre of Biotechnology and Genomics (CBGP), running a research line in plant genetic transformation and gene editing.