Molecules are comprised of charged particles whose spatial distribution is or could be distorted, lending the molecules a handle by which they can be manipulated via external electromagnetic fields. Dr Burkhard Schmidt at the Freie Universität Berlin and Professor Bretislav Friedrich at the Fritz Haber Institute of the Max Planck Society in Berlin, along with their affiliates Dr Marjan Mirahmadi and Mr Mallikarjun Karra, have been studying the effects of electromagnetic fields on molecular rotation and how these effects could be used to achieve quantum control.

The distribution of electrical charges in molecules is often non-uniform, making such molecules polar, ie, endowed with what is called a permanent electric dipole moment. Even the charge distribution of non-polar molecules can be made non-uniform by action of a strong electromagnetic field such as that of a focused laser beam, which polarises the molecules and lends them an induced electric dipole moment. The dipole moments – permanent and/or induced – can then be used as handles by which the molecules can be manipulated via external electromagnetic fields. Such manipulation can be aimed either at controlling the rotation or the translation of the molecules – or both. While the control of molecular translation encompasses deflection of molecular trajectories and confinement of molecules in traps, the control of molecular rotation entails molecular orientation and alignment. It is the latter that is the subject of the work highlighted herein. Its applications range from reaction dynamics to Stark spectroscopy to high-order harmonic generation and orbital imaging to quantum computing and simulation.

By applying an external electromagnetic field, it is possible to manipulate the rotation of a molecule.

Quantum dynamics
The molecular systems Schmidt, Friedrich and colleagues have been focusing on are linear polar molecules (such as NO or OCS) and symmetric top molecules (such as ammonia, NH3, or iodomethane, CH3I). If such a molecule is left unperturbed, it rotates with a period given by factors such as the masses of the constituent atoms and their mutual distance. By applying an external electromagnetic field, it is possible to manipulate the rotation of the molecule.

The researchers examined what happens when a polar and polarisable molecule (every molecule is polarisable but not every molecule is polar) is acted upon not by many cycles of an electromagnetic wave, as is usually the case, but only by a half of one cycle (called a half-cycle pulse – HCP). Figure 1 provides an example. In such a case, the electric field of the HCP acts on both the permanent and induced electric dipole moments of the molecule. This gives rise to intriguing dynamics captured by the population quilts and quantum carpets (the latter shown in Figure 2). The electric field’s main effect is the creation of rotational wavepackets – combinations (termed superpositions) of rotor states whose composition changes periodically with time. It is a prerogative of quantum systems to exist in superpositions of different states, which amounts to being in different states at the same time. The quantum carpets reveal that after the passage of the pulse, the rotational wavepackets and the directional properties – orientation and alignment – they encapsulate undergo periodic revivals. This work is an important development in helping us understand what types of electromagnetic pulses are required to control the orientation and alignment of molecules. The team notes that orientation can be visualised by single-headed arrows whereas alignment is visualised by double-headed arrows.

In their study, the HCP was approximated either by a temporal delta pulse or by a temporal Gaussian pulse. While the former has no width (this is what ’delta’ means), the latter has a temporal width (or length) that can be varied. For the delta pulse, the researchers were able to solve the Schrödinger equation for the dynamics of its interaction with the permanent and induced dipole moments of the molecule analytically (what is temporally long or short is determined by comparison with the rotational constant of the molecule). This provided a rare insight into the dynamics of the rotational wavepackets that are created by an HCP.

For the Gaussian pulse, the problem is not analytically solvable, but can be solved numerically with high accuracy. The team’s numerical solution of the Schrödinger equation for the Gaussian pulse of very short duration (approximating a delta pulse) reproduced faithfully the analytic solutions they found for a delta pulse. For longer HCPs, the dynamics deviated from the ’delta-pulse dynamics’. In particular, they found that at certain pulse durations, the rotational energy and orientation imparted by the Gaussian pulse to the polar and polarisable rotor exhibits quasi-periodic drops. At first, they suspected numerical artifacts, but a thorough analysis revealed that the drops were real.

Sudden drops in imparted energy and orientation explained analytically
In a recent publication (Karra, Schmidt and Friedrich, 2021), the authors provided a physical explanation for the quasi-periodic drops. In order to make the problem analytically tractable – and thereby their analysis insightful – they approximated the Gaussian pulse with a rectangular electric pulse (Figure 3). This analysis revealed that the drops result from the oscillating populations of rotational states that make up the wavepacket created by the pulse, and that they are necessarily accompanied by drops in the orientation and by a restoration of the pre-pulse alignment of the rotor. The ’oscillating populations’ arise due to rotational coherences (or phases) driven by the electric pulse whose probability is proportional to a sinc function of pulse duration, sinc τ  = sin τ/τ (Figure 4). By making use of a simplified model comprised of just two rotational states for the interaction of the rectangular pulse with the rotor, the authors were able to recover the sinc probabilities and to predict analytically at which pulse durations the sudden drops will occur. This previously unnoticed effect is an important one: by choosing the wrong pulse duration, the desired effect of the pulse – creation of a particular rotational wavepacket – will not and cannot be accomplished.

What was the biggest challenge in deriving these new analytical expressions?

To find an approximation – which is what these analytic results are – that is simple enough to provide insight and yet accurate enough to check against key aspects of the numerical calculations. 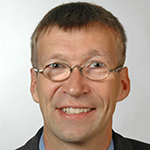 Dr Burkhard Schmidt is a senior research scientist and lecturer at the Freie Universität Berlin, Germany. His research is focused on molecular dynamics simulations in general, and on interactions of molecular systems with external fields in particular. Target systems range from small molecules to biopolymers to nano-systems and organic semiconductors. His overarching interest has been in developing mathematical/numerical models bridging quantum and classical dynamics. 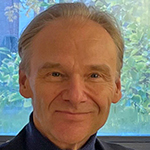 Prof Dr Bretislav Friedrich is Research Group Leader (Emeritus) at the Fritz Haber Institute of the Max Planck Society in Berlin and Honorary Professor at the Technische Universität Berlin. Besides his research in molecular physics, he maintains an abiding interest in the history of science and is engaged in efforts to eliminate chemical and other weapons of mass destruction. With a keen interest in scientific publishing, Professor Friedrich has served in a variety of editorial capacities prior to assuming his current position as Academic Executive Editor of Wiley’s flagship open-science journal Natural Sciences. He also serves as the founding co-editor of the Springer series History of Physics. 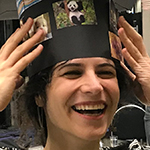 Dr Marjan Mirahmadi received her BSc and MSc degrees in physics from Alzahra University, Tehran. In 2020, she graduated with a PhD in Theoretical Physics from the Technische Universität Berlin. She subsequently joined the Department of Molecular Physics of the Fritz Haber Institute of the Max Plank Society as a postdoc. Her current research is in theoretical atomic and molecular physics at ultra-cold temperatures. 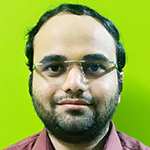 Mallikarjun Karra is a graduate student of Prof Bretislav Friedrich at the Fritz Haber Institute of the Max Planck Society, Berlin. The theoretical study of molecular rotation under the influence of fields and/or a superfluid bath is the focus of his dissertation. He holds an MSc (Hons.) from the Indian Institute of Technology Kharagpur, India.

The research team studies the ability of external fields to manipulate the quantum states of molecular rotors.

MERICS: Researching contemporary China in Europe
Thought Leaders
Read This Article
Do we feel free when we make hard decisions? A psychological perspective on feelings of freedom in decision-making
Behavioural Sciences
Read This Article