Health & Medicine
Normally, when we photograph an object, we rely on visible light from the sun that is captured directly by the camera sensor. When it comes to looking at cells and tissue samples though, it is often better to use infrared light. Inna Kviatkovsky and Dr Sven Ramelow at the Humboldt University Berlin, together with their collaborators at Max Delbruck Center for Molecular Medicine in Berlin, are developing new quantum imaging mid-infrared microscopy techniques to overcome some of the challenges associated with working with these wavelengths of light.

We see objects when the light they reflect reaches our eyes and starts a cascade of complex chemical processes. To trigger these processes, we have two main types of receptor in our eye that help us to see – cones and rods. Rods are very sensitive to light levels but cannot process any information on colours, whereas cones have different responses to different wavelengths of light and are what allow us to see in colour.

Whether it is seeing the outline of an object or working out its colour patterns, our vision is completely dependent on the information contained in the light reflected by the object. We often think of light as being made of photons, small packets of light energy that we can convert to the chemical information we need to see. For example, an object of a certain colour will absorb photons of a certain energy. We see the colour of an object because, during the reflection process, some photons will go ‘missing’ as they are absorbed by the object. The colour we see is just the reflected photons that make it to our eye.

Cameras work in a way that is remarkably similar to the human eye. Every camera is made of a sensor and a series of mirrors and lenses that shape and focus the light, so it reaches the sensor in a particular way. These optics help ensure the recorded image is in focus and can even help maximise the amount of light that arrives at the sensor when taking photographs in darker environmental conditions.

While a microscope might not look much like a camera, it shares many of the same components and may even use exactly the same type of sensor as a standard camera. However, there are several technical limitations on using these sensors for the infrared wavelengths of light that are often useful for looking at tissue samples. Rather than simply designing better sensors, Inna Kviatkovsky and Dr Sven Ramelow at the Humboldt University Berlin, and their collaborators at Max Delbruck Center for Molecular Medicine in Berlin, have completely circumvented the issues with existing sensor technologies by demonstrating a new way of using the quantum properties of light to perform microscopy in the mid-infrared.

The most information-rich photographs are often those taken and detected with mid-infrared light.

Sensor limitations
There are two main types of image sensor used in cameras: charged-coupled devices (CCD) and complementary metal-oxide-semiconductor (CMOS) sensors. They both convert the incident light into electrical signals but process the generated charge in slightly different ways. The sensors are made of silicon that, when they absorb light, release electrons that move to generate a current. This current is what provides an electrical signal that can be converted to a digital signal containing all the information about the image that the sensor ‘saw’.

Different materials work best with different wavelengths of light and silicon has proved a very popular material as it works reasonably well with a large number of incident wavelengths or photon energies. While it might seem strange to take photographs with wavelengths of light invisible to the human eye, for biological systems, the most information-rich photographs are often those taken and detected with mid-infrared light. Here, the biological molecules have many unique signatures in their absorption that act as a ‘fingerprint’ for their unique identification.

The problem is that it can be difficult to find good ways to illuminate samples with large amounts of mid-infrared light. Many mid-infrared sensors become very noisy and perform poorly in this range of wavelengths. This is why Kviatkovsky and Dr Ramelow tried to find a way of using photons to take photographs using standard mid-infrared sources and sensors in an entirely different way.

Quantum light
The team’s new approach involves shining visible photons from a laser into a crystal. Certain crystal materials with specific nonlinear properties can be used to split a photon into two photons of lower energy.

To build their quantum imaging microscope, Kviatkovsky and Dr Ramelow first focused a standard laser into a nonlinear crystal to generate a photon pair. The photons pass through the crystal two times. On each of those trips, there is a possibility that a photon pair will be generated, either on the first or the second trip. These photon pairs are indistinguishable from each other; therefore, there is no way to tell if the pairs were generated on the first or second pass through the crystal.

What this process creates is a non-intuitive set of quantum interferences between the two different possible processes that could have occurred: the probability that the photon pair was generated on the first pass through the crystal, but also the possibility that the pair was not generated on the first pass through, but instead on the second pass through the crystal. If the mid-infrared photon changes in any way after interacting with the sample, this causes interference-effects which also affect the visible photon. Although the visible photon never sees the object, the information on the object’s composition is transferred to it from the undetected infrared photon.

This set-up is a way of detecting the unique fingerprint information that can only be retrieved in the infrared region without ever needing to detect the infrared photon. CCD and CMOS sensors, particularly in low-light conditions, are much more effective at detecting visible photons and so, because of this, Kviatkovsky and Ramelow have found a way to use the powers of quantum light to improve how mid-infrared microscopy work is done.

The visible photon never sees the object, the information on the object’s composition is transferred to it from the undetected infrared photon.

Seeing clearly
While it might seem far more complex than directly measuring the absorption of mid-infrared light by a sample, one of the key advantages of the imaging scheme proposed by Kviatkovsky and Ramelow is that it does not rely on expensive broadband mid-infrared light sources and can use readily available visible light detectors which have much better signal to noise ratios than their mid-infrared counterparts.

The team have already been able to successfully take images of tissue samples from a mouse heart with their new set up. The measured samples were also unstained and did not require the addition of any tags or biomarkers – a common practice in microscopy to try and enhance the strength of the signals that can be detected from the sample.

Another advantage of this new approach is that it is also highly flexible in the colours of light that can be used for it – opening the possibilities to perform to have ‘colour vision’ when imaging samples. This dramatically enhances the amount of information that can be recovered on both the shape and spectral characteristics of a sample, making for an even more powerful imaging technique. 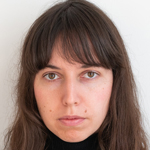 Inna Kviatkovsky studied in Israel (M.Sc. in Biomedical Engineering) before starting her PhD in Berlin, Germany. 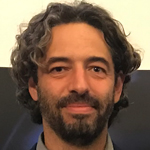 Sven Ramelow studied Physics in Germany. After his PhD in Vienna with A. Zeilinger, he did research at Cornell and Columbia University, USA, before starting his own research group in Berlin, Germany.

The researchers developed a mid-IR microscopy technique with a potential wide range of applications in label-free bio-imaging.

The work was funded by Deutsche Forschungsgemeinschaft (RA 2842/1-1)

One thought on “Quantum light for biomedical imaging”