Behavioural Sciences
Dr Stephan Lau, a Junior Professor at the Federal University of Applied Administrative Sciences in Berlin, is one of the first researchers to investigate experiences of freedom from a psychological perspective. Over the past decade, Dr Lau and his colleagues have conducted much research using a wide array of novel techniques to explore different factors which influence our experiences of freedom. The research informs our understanding of feelings of freedom and human decision-making.

The experience of freedom is an integral part of human existence and a topic of great interest to many people – including politicians, philosophers, and researchers. We know from human history that the desire for freedom in decision-making is extremely fundamental, maybe even culturally universal: humans have engaged in warfare, armed revolts, political protests, and emigration to try to achieve freedom in their decisions. Yet, our understanding of freedom and what influences experiences of freedom is still limited.

What is freedom?
Definitions of freedom are widespread across philosophy, psychology, and politics, but there is no clear answer to the question: What is freedom? 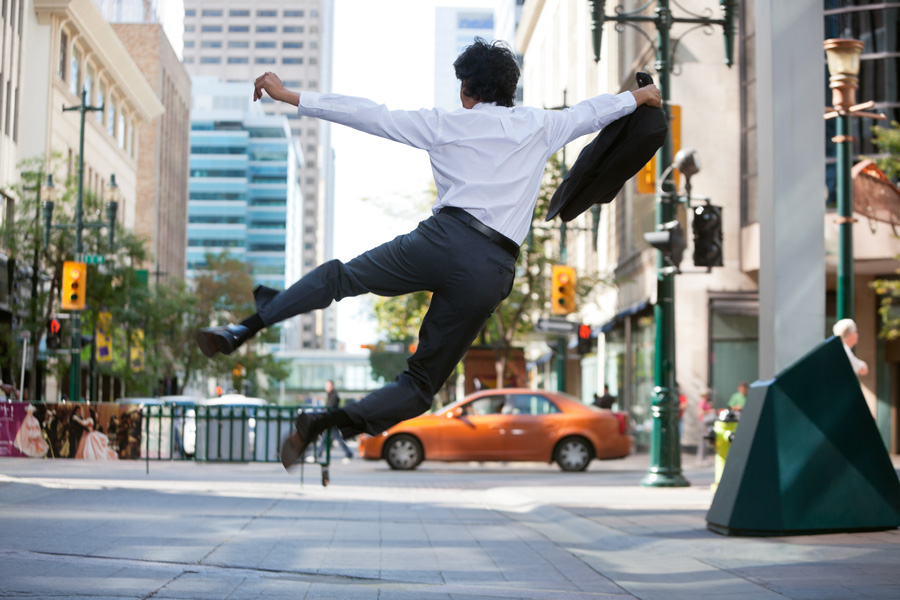 Some researchers suggest that we can think of people as ‘free’ when they are free to make decisions and act on those decisions as they wish. This conceptualisation of freedom, centred in decision-making, is associated with key areas of psychological research (e.g. decision-making and social behaviour). However, the majority of freedom literature to date has focused on more philosophical topics such as free will. Conversely, there has been little research into the psychological characteristics of freedom and our feelings about freedom.

We can think of people as ‘free’ when they are free to make decisions and act on those decisions as they wish.

What influences feelings of freedom?
Dr Stephan Lau, a Junior Professor at the Federal University of Applied Administrative Sciences in Berlin, and colleagues have spent many years researching the psychological components of freedom: specifically, what factors determine and influence the feeling of freedom when we make decisions, and by how much?

Their research centres around ‘subjective freedom’, that is the feeling, or experience, of being free. Understanding what factors influence subjective freedom could provide critical insights into the psychology of action and decision-making. For example, understanding people’s experiences of freedom will likely provide novel insights into our understanding of human behaviour, and how people make decisions. Experiences of freedom are also likely related to people’s well-being, intrinsic motivation, self-control, and morality, and so may inform clinical psychological and other applied research. It will also enable us to define and distinguish experience of freedom as a construct from other closely related constructs, such as autonomy, thereby clarifying the current and wider literature.

Using similar methodologies, in 2015 Dr Lau and colleagues investigated two competing models about what creates a feeling of freedom, the process model and the outcome model. The process model suggests that feelings of freedom in decision-making are mainly influenced by the features of the decision-making process, for example, the number of choices, the amount of conscious effort required, the complexity of the decision, conflict between alternative choices, or uncertainty about the right choice. In contrast, the outcome model proposes that feelings of freedom are driven by the outcome of the decision, so according to this model people will be more likely to feel free if their decision will lead to a positive or desired outcome.

The current research
One might assume that feeling freedom in one’s own decisions would be related to evaluating conflicting choices, uncertainty, and effortful decisions, but Dr Lau and colleagues’ previous research showed that people do not feel free when presented with such choices. However, uncertain and complex decisions hold more free choice objectively, as they are more unpredictable, contain more openness and the outcome is very dependent on the decision. This raises the question: Why does free choice not always feel free? Their most recent research aims to answer this question. Extending some of their work from 2015, Dr Lau and colleagues conducted several studies to explore the robustness of their previous finding that experience of freedom is driven by the outcome of the decision rather than the decision-making process.

They began this research using qualitative methods, aiming to better understand the experiences of freedom and how they are affected by the decision-making process and outcome. Using semantic analysis and interview techniques, Dr Lau and colleagues asked participants to describe their feelings of freedom and found that feeling free was associated with greater positivity, outcomes, need satisfaction, and goal attainment, but less uncertainty. This highly influential qualitative work by Dr Lau and colleagues not only corroborates their previous research, but also validates the quantitative methods used in understanding experiences of freedom.

The emotional feeling of freedom is mostly about positive outcomes that result from our actions. However, we are also able to objectively perceive the freedom that lies in uncertain and complex choice.

Next, Dr Lau and colleagues used experimental methods to understand whether people associate conflict and uncertainty with determination (choices are out of their control), or self-determination (choices are within their control). Dr Lau and colleagues presented participants with a scenario about children’s homes. Participants had to choose which of three children’s homes they should donate money to, when details about the children’s homes varied in how much they conflicted. They found that while people’s feeling of freedom was highest when no conflict was present, the people acknowledged that a high-conflict decision was perceived as less pre-determined and more self-determined.

To increase their confidence in this finding, the authors then replicated the research in a diverse sample of people from the United States and Germany. They found full support for their findings across the different cultures, with people associating high-conflict decisions with greater self-determination, more openness, and less predictability. This demonstrates the robustness of their finding that despite high-conflict decisions leading to experiences of less freedom, they also elicit perceptions of greater self-determination and being in charge.

Implications of the research
Dr Lau and colleagues’ work has three main implications. First, the research has shown it is worthwhile to investigate questions about freedom if we want to learn more about how people relate to different types of decisions and experience freedom. Second, perception of one’s own choice and feeling of freedom can run in opposite directions. This is especially obvious in decision conflicts where there is much choice but low perceived freedom. Third, conflict between feelings of freedom and perception of choice could lead to the perception that the easy way, with less choice, is the ‘free one’, and this perception could be exploited to socially influence people. Dr Lau and colleagues have begun to test an idea that ‘sugarcoated’ social influence, and people’s reactions to this, could influence feelings of freedom very differently, depending on the context. Preliminary findings on this topic have shown some evidence that sugarcoated social influence leads to significant resistance and decreased feelings of freedom only during online contact, while the same influence attempt is happily accepted in face-to-face interactions.

To conclude, the research by Dr Lau and colleagues has provided huge insights into how we experience freedom. They have shown across multiple studies that feelings of freedom are influenced by outcomes of decisions (positive/negative), rather than the decision-making process (e.g. the number of choices available). They have also shown that the higher the amount of conflict in the decision, the lower the feelings of freedom, but also the higher the perceptions of self-determination. This means that, although people may feel less free if there are many conflicting choices, they recognise that they are in greater control of their decision. The findings of their research have proven to be highly robust, being found in various samples and across cultures. Dr Lau and colleagues research has greatly advanced our understanding of freedom from a psychological perspective and will continue to do so.

<>Originally, I strived to solve the discrepancy between the subjective reality of ‘free will’ and the objective criticism of the concept. Why is subjective freedom so pervasive and evident while free will is, logically, such a shaky concept? I felt there needed to be work done on both levels.

Do people feel a greater sense of freedom when they do not have to make any decision at all?

I doubt that. This would only be the case if they could postpone something that feels stressful and aversive by not making a choice. For example, if you postpone a dilemma-like life decision. Normally, people like to make choices and experience autonomy in their doing. It is when choices get hard and riddled with uncertainty that things get interesting.

Do we feel free when we make hard decisions? A psychological perspective on feelings of freedom in decision-making was last modified: January 22nd, 2021 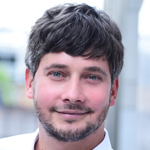 Dr Stephan Lau is a Junior Professor at Federal University of Applied Administrative Sciences, whose dissertation and post-doc research examined our perception and experience of freedom and the underlying biases. He currently is shifting his focus to the productive role of autonomy in Intelligence Interviewing situations.

Dr Stephan Lau’s research focuses on experiences of freedom in relation to decision-making and social influence, and the various factors which can affect this.

Lau, S. (2020). Do we feel free when we make hard decisions? A psychological perspective on feelings of freedom in decision-making. Research Outreach. Available at: https://researchoutreach.org/articles/do-we-feel-free-when-we-make-hard-decisions-psychological-perspective-feelings-freedom-decision-making/ (Accessed YYYY/MM/DD)