Physical Sciences
As cheap and accessible tools for transmitting private information, freely propagating light waves are highly desirable for parties operating secure communication networks. However, the encoded information these waves contain can easily be lost due to unpredictable fluctuations in the Earth’s atmosphere. In their research, Frédéric Grillot and Olivier Spitz at Télécom Paris have developed sophisticated new techniques to overcome this challenge. With specific lasers enciphering their information in chaotic patterns, the team’s work could soon help to realise secure, global-scale networks, without the need for fibre optics.

In today’s fast-paced landscape of global communication, it is often critically important for many different groups to exchange messages securely, without any risk of eavesdroppers leaking the information they contain. So far, the most cutting-edge techniques for ensuring this level of security have often involved light waves transmitted through optical fibres, or radio waves sent through the air. However, these approaches face a number of drawbacks, particularly regarding the limited speeds at which large messages can be sent. Since the bandwidths available in optical fibres are strictly limited, they can quickly become saturated, leaving little room for information to propagate.

One emerging solution to this issue lies in ‘free-space optics’ (FSO), which operates using freely propagating light waves – but which doesn’t require any pre-existing infrastructure. In addition, these transmissions are not tied down by strict rules on which wavelengths can be transmitted by particular parties. “Owing to its fast and cost-effective deployment, FSO has become an increasingly popular technology,” Dr Grillot describes. “Unlike radio frequencies, there is currently little regulation associated with FSO, so it can offer higher bandwidths.” With far more room available for information to propagate, messages can be sent at significantly higher speeds.

Sending hidden messages this way takes advantage of the peculiarities of ‘chaos,’ meaning the laser output intensity is unpredictable and irregular in time. In this context, the term describes how time-dependent patterns can appear to be in apparently random states of disorder, but are actually governed by clearly defined physical laws which are heavily dependent on their starting conditions. If secret information is encoded onto a chaotic waveform, any receiving party which holds information about the nature of the chaos will be able to decipher it. On the other hand, an eavesdropper trying to intercept the message would be left with no way to untangle the information it contained.

Difficulties with fluctuations
Despite the numerous advantages of FSO, it still faces an array of challenges before it can become a staple of secure global communication networks. Unlike the unchanging environment of a fibre optic cable, FSO requires light waves to pass through the turbulent conditions of Earth’s atmosphere, introducing highly unpredictable fluctuations to the signal. Although this isn’t the case for radio waves, these signals operate using far longer wavelengths, making them virtually invulnerable to atmospheric distortions.

Without the right precautions in FSO transmission, any chaotic patterns known to two communicating parties will be distorted beyond recognition before signals reach their destination. Since just one, highly specific pattern can be used to decipher these messages, the information they contain would simply remain unreadable. Fortunately, however, the influence of atmospheric distortion is not universal for all optical light waves.

“Chaos-based communication was originally proposed and demonstrated in electronic circuits, and then extended to optical fibred systems,” Dr Grillot explains. “However, its application to FSO is fundamentally restricted by atmospheric phenomena, like turbulence, fog and scattering. Therefore, the operating wavelength is an important parameter that has to be chosen wisely to reduce the impact of the environmental parameters.” In order to realise large-scale networks with FSO, the research team now aims to develop technologies capable of producing wavelengths which can readily pass through the atmosphere; while also generating chaotic patterns in real time.

Introducing quantum cascade lasers
First demonstrated in 1994, quantum cascade lasers (QCLs) are semiconductor lasers which offer a high degree of adjustability in the mid-infrared region of the electromagnetic spectrum. Since longer wavelengths are less vulnerable to atmospheric distortion, the light produced by QCLs is already more desirable in FSO applications than optical wavelengths in the visible part of the spectrum. But mid-infrared light is particularly advantageous since Earth’s atmosphere is highly transparent inside two distinct ‘windows’: one for mid-infrared (MIR) wavelengths between 3 and 5 microns; and the other for long-wave infrared (LWIR) wavelengths, between 8.5 and 11 microns.

“The MIR and LWIR optical regions emitted by QCLs are of prime interest for free-space communication,” explains Dr Grillot. “Indeed, it is known that turbulence on the propagation path significantly deteriorates the optical signal. But not only is the absorption lower in the two transparency windows; the signal distortion is also lower at the higher wavelengths emitted by these lasers.”

QCLs have been demonstrating impressive abilities for some time. As early as 2001, a device was used to transmit a message at a frequency of 300MHz over several hundreds of metres; at a long-wave infrared wavelength of 9.3 microns. However, this feat required the quantum cascade laser to cool down, to minimise any distortion. The technology has advanced significantly in the years since these initial experiments.

“More recently, investigations have shown the relevance of a similar QCL transmission, but at room temperature, and 4.65-micron wavelengths,” Dr Grillot continues. “The versatility of this method, combined with the QCLs’ potential for high-speed modulation up several dozens of GHz, demonstrates that these lasers are poised to be the cornerstone of very high-speed free-space data transmission.” These capabilities essentially remove the need for bulky infrastructures like fibre optics and strictly regulated radio waves; instead, they open up the entire atmosphere, and a broad range of frequencies, to secure communications.

Observing chaos in the MIR
In a 2016 study, Dr Grillot and his colleagues showed definitively how such transmissions could be made using QCLs, through the very first observations of chaotic light in the MIR range. They achieved this through the technique of ‘optical feedback’ – in which a small percentage of the light emitted by a laser is reinjected back into it. Typically, this technique is used to produce highly stable laser beams, with few noticeable changes over time. In this case, however, the proportion of reinjected light was enough to tip the QCL into a state of chaos.

This transformation occurred through a sequence of alterations to the nature of chaos in the light. Once this sequence had played out, Dr Grillot’s team observed that their QCL emitted laser pulses at completely unpredictable time intervals, enabling them to prove mathematically that chaos had been achieved. Their discovery was a significant breakthrough in the field of photonics as a whole, and for Dr Grillot, it enabled the next major step towards secure communication in space.

Synchronised chaos
For the purposes of FSO, QCLs can also ensure that the chaotic patterns which hide private messages can be maintained when travelling through the atmosphere. But in addition, a transmitting device must be able to generate this chaos in the first place; and when the receiving laser picks up the signal, it must be able to generate a synchronised pattern to decode the message. Therefore, synchronised chaos can be achieved through optical injection of the laser light between a drive QCL and a response QCL.

“At lower frequency rates, QCLs are of paramount importance for secure communication that can be obtained through chaos synchronisation,” Dr Grillot describes. “The simplest way to generate a chaotic optical carrier from a QCL is to feed part of its emitted light back into the device after a certain time delay, beyond which chaos synchronisation between the drive and the response laser occurs.” On the receiving end, the chaotic signal which was originally added to the message can then be determined; and finally subtracted to leave behind a clear signal.

In their latest research, Drs Grillot and Spitz have explored how this technique could be improved even further through the technique of ‘optical injection.’ Here, the transmission laser is driven by an external QCL beam, instead of being fed back its own light – which significantly increases the range of possible frequencies its messages can contain. Through their experiments, the team have used this approach to demonstrate transmission speeds ten times faster than those possible with optical feedback alone.

Realising large networks
From the insights gathered through their research, Drs Grillot and Spitz are now exploring an ever-expanding array of applications – including QCLs which fire spikes of signal that mimic the responses of neurons in the brain. Overall, their results represent an important advance towards secure, high-performance FSO, which could one day become widely accessible, and operational over expansive ranges. If achieved, this technology will pave the way for unbreakable communication networks which span the globe, and may even operate in space. Such attributes would be highly desirable in a technological landscape where communicating parties are becoming increasingly concerned about their privacy.

As Dr Grillot concludes, “Several applications are envisioned including, but not limited to, campus-scaled networks; substitutions for fibre optics networks after disasters such as earthquakes or attacks; and private communication.” The research team will now work towards improving the capabilities of the technology even further, bringing the widespread deployment of these networks a step closer to reality.

How will the nature of our communication networks change if the findings of your research are implemented?

<> The permanent use of quantum cascade laser sources in the MIR/LWIR or the use of chaos private transmission in free-space optical communication will facilitate the high-speed long-haul data transmission as well as the implementation of a reliable level of privacy for such transmitted data. The main advantages of this method are a high resistance to external atmospheric perturbations, a physical-layer encryption compatible with high bit rates and eye-safe optical sources that come in compact and room-temperature packaging. All in all, this unlocks the capability of a wide and uncharted optical domain for an ever-growing telecom market. 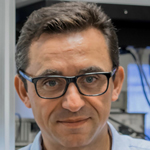 Frédéric Grillot is a Full Professor at Télécom Paris and at the University of New-Mexico. He has published 106 journal articles and more than 200 contributions in major international conferences. He is a Fellow Member of the SPIE as well as a Senior Member of the OSA and the IEEE Photonics Society.

Olivier Spitz received his Ph.D. from Université Paris-Saclay, France in 2019, and is now Postdoctoral Researcher with Télécom Paris, working on applications of mid-infrared QCLs. He has been a visiting scholar at UCLA, USA, and at TU-Darmstadt, Germany. His research interests include non-linear dynamics, free-space communication and neuromorphic photonics. 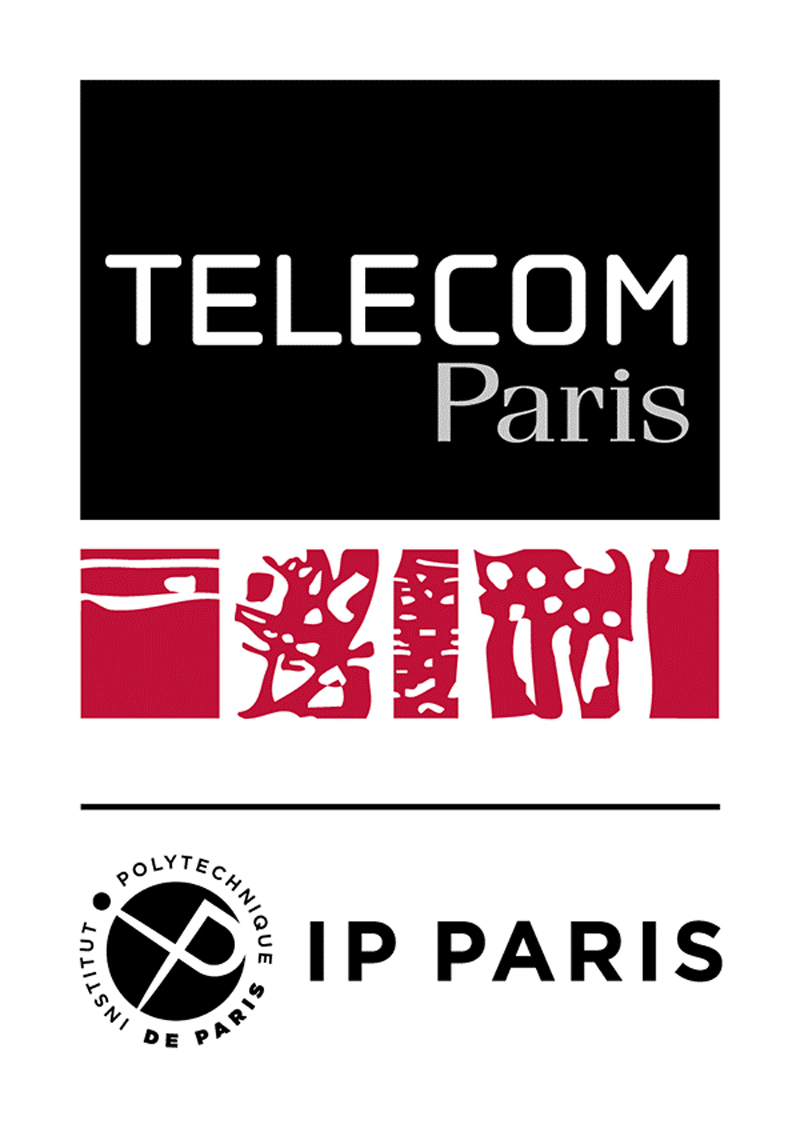