Education & Training
When understanding comes to us, it can come suddenly. As we finally see how the different parts of a problem fall into place, it can bring about feelings of satisfaction, and perhaps even frustration that we did not discern the seemingly obvious solution beforehand. In their research, Dipl.-Phil. Elena Popova and Professor Valentin Popov at Technische Universität Berlin argue that these drastic shifts in knowledge are a key aspect of the learning process. Furthermore, they can be described in the same terms as phase transitions, as studied in physics.

The human mind has developed many ways to learn new information. Through memory and practice, our minds can gradually become more knowledgeable over time, until that knowledge eventually comes to seem like second nature to us. Yet the learning process does not always happen like this: whether at work, school, or in our everyday lives, we will all at several points have been faced with concepts we are initially unable to wrap our heads around. No matter how much we thought about them, they just did not seem to make sense. After this period of frustration, however, the concepts clicked in our minds all at once, and we finally saw the connections we had missed before.

As Professor Valentin Popov, of the Technische Universität Berlin, explains, the reasons underlying this important aspect of the learning process are still poorly understood. “Understanding is a central phenomenon of learning, but it has always remained a mystery”, he says. “A similar phenomenon exists in research, where it is related to new scientific discoveries. The most striking property of both understanding and discovery is that they may occur suddenly.” When this happens, it suddenly becomes obvious how the numerous elements of the problem fit together – often so simply that we then struggle to comprehend how we couldn’t see the solution beforehand. As German playwright and scientist Johann Wolfgang von Goethe put it, “the hardest thing to see is what lies in front of your eyes.”

Seeing the full picture
At first glance, the 1916 painting ‘Garden Restaurant on the Havel’ appears to be an ordinary scene depicting people sitting at a café by a lakeside in Berlin. Even after looking at the painting in detail for some time, most observers do not seem to notice a strange and striking detail: none of the chairs the people are sitting on have any legs! To this day, art historians continue to debate whether this detail was an oversight by the artist, Max Liebermann, or a well-crafted joke played upon the observer. Regardless of Liebermann’s intentions, the painting is a clear example of Goethe’s idea in action. Even when our minds have taken in every visual aspect of the painting, we do not seem to process all of the information that was right in front of us. When we finally notice the absence of the chair legs, our experience of the painting is transformed, and we struggle to imagine how we could have missed the detail before.

As Johann Wolfgang von Goethe put it, “the hardest thing to see is what lies in front of your eyes”.

“There is a whole course of problems of this kind”, Professor Popov explains. “This illustrates a very important idea – that understanding is not just a quantitative change in the amount of knowledge, but a special, qualitatively different phenomenon.” At first, it may seem that, like any other psychological phenomenon, this unusual aspect of our minds can only be explained by the deeply complex neurological processes which play out in our brains. Yet, according to Professor Popov and Dipl.-Phil. Popova, it can be visualised far more simply by drawing analogies between the sudden onset of understanding, and the phase transitions studied in physics.

Drawing links with phase transitions
In nature, phase transitions can be readily observed all around us. For example, water can freely transition between being a solid, a liquid, and a gas as it cycles through Earth’s atmosphere and experiences widely varying weather conditions. These transitions don’t occur gradually: once either temperature or pressure crosses a critical boundary, water will immediately transform to another phase; either by breaking intermolecular bonds or forming new ones. In the specific case of liquid water freezing into ice, molecular arrangements which were previously dynamic and disordered will suddenly become static and orderly as soon as the water is chilled below 0°C. Professor Popov and Dipl.-Phil. Popova argue that this behaviour is remarkably similar to how numerous parts of a concept can come together in our minds at the abrupt onset of understanding.

“The sudden character of understanding shows that this is a critical phenomenon, bringing order to a large number of elements”, Professor Popov says. “It can therefore be interpreted as a phase transition, establishing a ‘long range order’ in the corresponding cognitive space.” Although the precise neurological processes driving this behaviour are far from clear, Professor Popov and Dipl.-Phil. Popova propose that we can still clearly see the key signs of phase transitions taking place in our minds. As such, we can use existing theories of phase transitions, and the establishment of long-range order, to learn more about how understanding actually works.

Analogies in superconductivity
Materials shifting between solids, liquids, and gases are far from the only example of phase transitions. A more complex example can be found in superconductivity: an effect which describes how electrical resistance in some advanced materials can abruptly vanish below a certain ‘critical temperature’. This point usually occurs close to absolute zero – the temperature at which all materials will have lost all their heat. As the boundary is crossed, the quantum properties of superconducting suddenly transition to a new phase, enabling electrical current to flow even when no power is applied to the material.

Until now, the concept of understanding has been largely ignored as an interesting phenomenon in itself.

When it was first discovered by Dutch physicist Heike Kamerlingh Onnes in 1911, the very idea of currents flowing through wires without any encouragement appeared to be completely counterintuitive. For decades afterwards, physicists could only observe the effect, without understanding what was really going on. Yet in the late 1950s, new approaches to the analysis of superconducting materials revealed that the phenomenon was entirely possible through measurable, microscopic effects.

“The physical essence appeared to be a phase transition of a special kind, but with a basic mechanism very similar to other phase transitions, such as the solidification of a liquid”, Professor Popov describes. “This shows that an absolutely new quality can also emerge at once also in purely physical systems.” Ultimately, the case revealed that even if the deeply complex mechanisms which drive phase transitions cannot be described in full, their effects can still be clearly visible – just like the phenomenon of understanding.

Accepting understanding as a unique effect
Until now, the concept of understanding has been largely ignored as an interesting phenomenon in itself. According to Professor Popov and Dipl.-Phil. Popova, this is a significant oversight. To improve on the methods we use to learn about the world around us, the researchers argue that the sudden fitting-together of the different elements of a problem should be widely acknowledged as a clear example of a phase transition taking place in our minds. Although the methods and tools required to identify the precise cognitive mechanisms involved are still a long way off, there is still every reason to acknowledge that a measurable physical effect is really happening. This understanding could be explored in more detail through future research.

As Professor Popov concludes, “the main appeal of our research is to accept that understanding does exist, and that it is a special phenomenon of phase transition. Therefore, it has to be studied and considered seriously.” Professor Popov and Dipl.-Phil. Popova’s ideas have now led to an innovative new teaching course for students at TU Berlin, designed to improve their ability to understand the many difficult concepts in their field of study. If the researcher’s ideas become more widely accepted in the research community, their insights could serve a vital function: to enhance our ability to see what is really in front of our eyes.

Could your insights into understanding allow us to improve the ways we learn new information?

<> Prof Valentin Popov: At the Technische Universität Berlin I offer a course that is specifically designed to train the ability to understand. The typical feature of the tasks in this course is that they are “very difficult problems that are very easy to solve”. There is nothing to “calculate” there! Once one understands the underlying principle, one can only say: “Ah!” – and that is the solution! In this way, the students get a feeling of what constitutes true understanding. They also learn that preceding hard work is needed and that it is a great pleasure – to understand!

Popova, E., Popov, V.L., Filippov, A.E. (2021). Seeing What Lies in Front of Your Eyes: Understanding and Insight in Teaching and Research. Multiscale Biomechanics and Tribology of Inorganic and Organic Systems, pp. 549-560.

Popova, E., Popov, V.L. (2018). Note on the history of contact mechanics and friction: interplay of electrostatics, theory of gravitation and elasticity from Coulomb to Johnson-Kendall-Roberts theory of adhesion. Physical Mesomechanics, 21(1), pp.1-5. 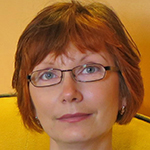 Elena Popova, Dipl.-Phil. studied Slavistics at the Tomsk State University, and German literature and Philosophy at the University of Paderborn. She carries out research in the field of history of tribology. 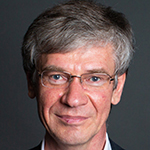 Professor Dr Valentin L. Popov studied physics and obtained his doctorate from the Moscow State Lomonosow University. He has headed the department of System Dynamics and Friction Physics at the Technische Universität Berlin since 2002. He is the author of the book “Contact Mechanics and Friction” having 10 editions in German, English, Russian, Chinese, Spain and Japanese and author of a series of papers on the history of tribology.

Dipl.-Phil. Elena Popova and Professor Valentin Popov are reframing our conception of understanding by describing it in terms of a phase transition. 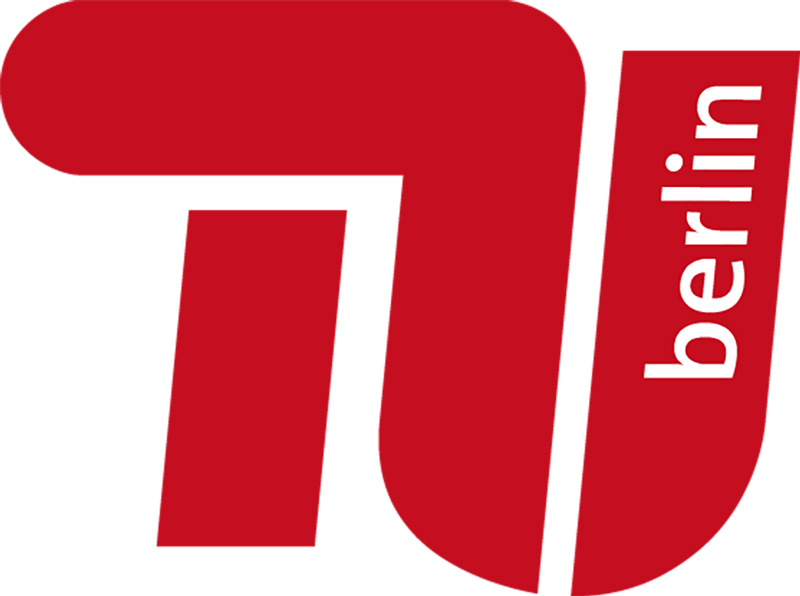