Biology
Jute is grown in Bangladesh for its fibres to manufacture various goods for everyday use. Along with environmental challenges, jute faces a devastating threat from the fungal pathogen Macrophomina phaseolina, which causes stem rot. Jute yields can be reduced by 30% with this disease. The long life of the fungus in the soil and seeds prevents the efficient control of this disease. A novel approach to tackle this problem is needed. At the Bangladesh Jute Research Institute, the Basic and Applied Research on Jute (BARJ) Project under the leadership of Professor Maqsudul Alam addressed the problem by sequencing the genome of this fungus. This led to a better understanding of the lifestyle of this destructive, persistent pathogen.

Jute is a fibre crop cultivated for its tough, glossy fibres that are used by manufacturing industries to make various products for everyday use. Jute grows in countries such as Bangladesh where the climate is warm and wet. Like all plants, jute faces adverse threats from its environment and other biological organisms. One of the main disease-causing organisms in jute is the fungal pathogen Macrophomina phaseolina MS6. This fungus persists in the soil and attacks the core of the jute plant, causing black, rotting stems and ultimately death. Methods to control the fungus using chemicals have not been effective due to the availability of diverse alternate host, and its persistence in the environment. Therefore, understanding the lifestyle of the pathogen and how it interacts with its host plant will provide further clues to tackle this devastating disease. A team of BARJ project have done some important research to decode the genome of this fungal pathogen that causes stem rot disease.

Battling the invisible
Being sessile, plants face various threats that they are exposed to. These threats not only include extreme climates, but also microbes (microscopic organisms that are not visible to the naked eye) and pests that can cause disease on the plant. The microbes that cause disease are termed pathogens; these organisms have the ability to attack and destroy host plant tissue at a rate at which the plant defence responses cannot cope. Therefore, the plant would succumb to disease and possibly die. However, most times the plants have an arsenal of weapons to use to counteract the attack by an invading pathogen. These weapons include products of genes that recognise and suppress the infection mechanisms used by the pathogen. In turn, pathogens evolve to resist the plant weaponry and therefore become more infectious. The outcome of a plant-pathogen interaction could therefore be resistance (whereby the plant wins) or disease (where the pathogen wins). This depends on the type of pathogen and plant species.

Within the fungal kingdom of life, the fungus Macrophomina phaseolina is a devastating pathogen as it can attack more than 500 different plant species.

Within the fungal kingdom of life, the fungus Macrophomina phaseolina is a devastating pathogen as it can attack more than 500 different plant species. It is a necrotrophic pathogen, which means that it rapidly kills the host plant cells and obtains its nutrients from the dead cells. It thrives in soil by forming a fungal mass (called sclerotia) that can survive harsh conditions for more than four years. It can enter the host plant at any stage of development, from seeds through to mature plants. The fungus succeeds in warm temperatures and humid environments. In addition, low soil moisture favours the growth of the fungus, therefore in drought-prone regions this disease is more prevalent.

Rot in jute
Jute faces the threat of rot from attack by Macrophomina phaseolina. The fungus forms sclerotia in the soil which then infect a susceptible jute plant by entering the central tissues in stems and roots. The fungus invades through the plant tissue and spreads, ultimately causing stem rot and root rot in jute (also called charcoal rot), resulting in wilting and death. Devastation by this pathogen causes more than 30% yield losses in jute production. The reasons behind the invasive mode of attack by this pathogen on jute are not known. Moreover, it is also not known why jute plants cannot efficiently resist this pathogen using its arsenal of defence.

Some control measures to curtail this fungus include collecting seeds from healthy plants in disease-free fields, crop rotation with rice, and spraying of fungicides. However, these methods are not always reliable, given that the fungus can spread through air, and also that it develops resistance towards fungicides. A deeper understanding of the pathogen’s lifestyle and its interaction with jute plants would facilitate targeted approaches to curb this pathogen.

Cracking the code for rot
To understand how Macrophomina phaseolina grows, persists in the environment, and attacks the multitude of host plants that it infects, scientists at the Bangladesh Jute Research Institute have decoded the entire genetic content (genome) of this fungal pathogen. In doing so, the scientists deciphered the sequence of all the genes in this fungus.

A gene is a string of chemicals arranged together in a specific sequence, making up the DNA. There are several genes in any living organism; most of these genes are processed by the cell to produce messages, which then go on to make proteins. Proteins are the business end of this functional organisation within a cell. They can be structural, allowing the building of various cellular structures, or they can be involved in various molecular functions, usually in the form of enzymes. Enzymes are catalysts that have particular functions as they need specific substrates to act on. In a fungal pathogen, enzymes that attack a host plant are usually capable of digesting cell wall components, or helping in virulence, i.e., suppressing host defence mechanisms, or producing toxins. Therefore, identifying the genes that encode these enzymes would allow a better understanding of the mode of attack used by the pathogen.

By comparing the genetic code of this pathogen with previously identified genes from other fungi, Dr Islam and colleagues worked out that 13% of genes in Macrophomina phaseolina encoded secreted enzymes; this percentage is larger than those reported for other fungal pathogens. Moreover, they also found a large number of genes encoding enzymes that produce and utilise secondary metabolites (compounds that are not required for growth and development but needed for survival in different environments). This revealed a possible unique mechanism by which this rampant pathogen could attack multiple host plants. A number of genes encoding carbohydrate degrading enzymes were also identified, higher than that noted for any other fungal plant pathogen. Genes encoding transporters (to mobilise plant resources for fungal nutrition) and detoxification enzymes were found; the latter needed to detoxify toxic chemicals produced by the plant during defence. The authors also identified genes whose function would allow the fungus to tolerate acidic, alkaline, and saline environments, thus explaining its ability to survive extreme conditions.

By decoding the fungal genome of one of the most destructive plant pathogens, the team have laid the foundation to decipher the mechanisms by which the fungus infects a wide range of plants.

Tools to survive
By decoding the fungal genome of one of the most destructive plant pathogens, the team have laid the foundation to decipher the mechanisms by which the fungus infects a wide range of plants. Functional genomics studies would allow the experimental identification of the functions of these genes in plant pathogenicity. Given that the jute genome has also been sequenced recently, scientists can now target stem and root rot of jute using the genomic tools available from both the host and the pathogen. By understanding how fungal proteins interact with plant target proteins, scientists can unravel future gene targets to suppress or overexpress, so that a disease-resistant plant can be obtained. This would enable targeted breeding to obtain disease-resistant varieties of jute. Additionally, selective use of environmentally friendly fungicides that have specific action on the pathogen’s lifestyle would strengthen the chances of survival of jute plants in the field. 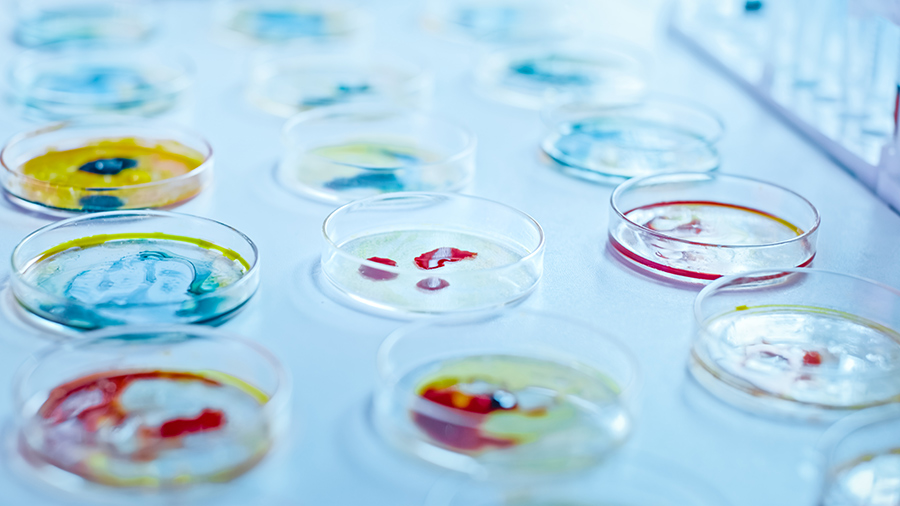 Would it be possible that an approach to tackle this pathogen could also work on other fungi?

<> After decoding the fungal genome, we have understood how fungal proteins interact with plant target proteins. By using this knowledge, we can easily select the target genes to suppress or overexpress, so that a disease-resistant plant can be obtained. For example, fungal gene/s responsible for causing disease is cloned and inserted into the host genome using host-induced gene silencing (HIGS) approach. After integrating that sequence into the host genome, fungi having that sequence will be incapable of causing disease after attacking the host. It is also possible to tackle other fungi by using a similar approach.

Is it better to target the fungus or the host plant for increased chances of a disease-free situation?

<> It is always better to target the host plant rather than fungus to increase the chances of disease-free situations. The modern approach of plant disease control depends on the production of genetically improved species of plants, which are more resistant to plant diseases. This approach is more favourable because it is friendlier with the environment and healthier for humans and animals.

Fungi differ from each other with respect to the plant type, the location of infection, and the age of the organ or tissue. Some of them grow on roots, stems, leaves, fruits or vegetables, and phloem or xylem. So, it can be difficult to develop a completely pathogen-free plant by targeting the specific pathogen. Moreover, environmental changes, including the introduction of species to new environments, can provoke host shifts, interspecific fungal hybridisation or favour lateral gene transfer in pathogens, thereby altering or establishing their pathogenicity. It is well known that all organisms play a role in keeping the balance in our environment. Therefore, it is better to develop disease resistant plants.

Macrophomina Phaseolina is a necrotrophic fungus that infects more than 500 plant species and damages 30-100% crop yield in various economically important crop including soybean, jute, castor, sorghum, sesame etc. No effective controlling measures are mentioned to date for this disease. Therefore, an understanding of the genetic basis underlying pathogenicity is crucial for controlling this pathogen. This will allow for the identification of loci related to pathogenicity of the fungus that will aid in development of molecular diagnostic tools for the controlling this fungus.