Japan is the tenth largest country in the world by population size, but it is on track to become the globe’s first ‘hyper-aged’ society. General depopulation as a result of a low birth and death rate, as well as the relocation of young people from rural to urban areas has led the Japanese government to act to prevent an economic downturn and the death of local municipalities. Here, we explore how Dr Yoshiaki Matsuura, and the Regional Economy and Society Analyzing System (RESAS) are assisting in the fight to reverse the downward trend and revitalize regional economies.

For the whole of the twentieth century, the population in Japan rose steadily (except for the 1940s during which the Second World War caused a population decrease), peaking in 2008. In the 1980s the country ranked as the seventh-largest in the world as measured by population. However, since the beginning of the new millennium, a distinctive trend of depopulation has been noted. Between 2010 and 2015 the population fell by almost one million, and in 2016 it fell a further 150,000 to a total of 126,960,000. If the trend continues, this would mean a decrease in population size to just 97 million by the year 2050. Japan faces the reality of turning into the world’s first ‘hyper-aged’ country; it already holds the record for the longest life expectancy on the planet at 84 years.

The leading cause for this population decline is the combined effect of the country’s low birth rate and low death rate. People are having fewer children and often choosing to have children later in life than previously, while diet, genetics, universal healthcare and social equality have resulted in the longevity that the Japanese enjoy. In 2015 the birth rate sat at 7.9 per 100,000 population, while the death rate was 10.2 per 100,000. 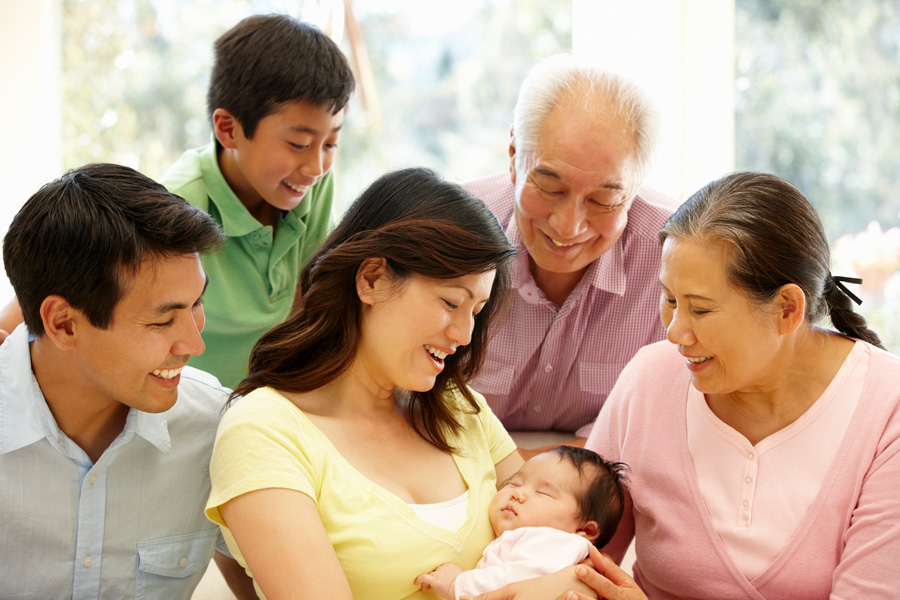 The challenges of an ageing population
But what does a hyper-aged society mean for the Japanese? What effect will it have on the country as a whole? The majority of the adverse effects will be felt as a result of a declining workforce and as the ratio of working-age people and retired people shifts. There will not be enough of a labour force to support the increasing number of retirees and other social welfare recipients. Population decline will also shrink domestic markets, reducing the attractiveness to outside investors, as well as ideas and innovation. The Japanese economy will shrink, making it more susceptible to foreign market pressures and even small market fluctuations.

Japan faces the reality of turning into the world’s first ‘hyper-aged’ country; it already holds the record for the longest life expectancy on the planet at 84 years.

An added dimension to the general depopulation of Japan is the way that the existing population has begun to shift from rural to urban areas in more recent years. This population shift is particularly noticeable in Japan’s capital, Tokyo, in which, despite the general trend of depopulation, the population is actually growing. In contrast, Japan’s rural communities are at risk of disappearing altogether. In May 2014 the Japan Policy Council released a report on ‘Municipalities at Risk of Vanishing’. The report concluded that as a result of the flow of child-bearing aged women (who accounted for 95% of Japan’s total fertility rate of 1.41 in the year 2012) from rural to urban areas, 49.8% of the total number of municipalities in the country are at risk of vanishing. Compounded by the severe effects of the coronavirus pandemic, the Bank of Japan downgraded all of its assessments for the regional economies of Japan for the second straight quarter in July 2020.

The results of depopulation in Japan appear to be overwhelmingly negative; so, what can be done about this? 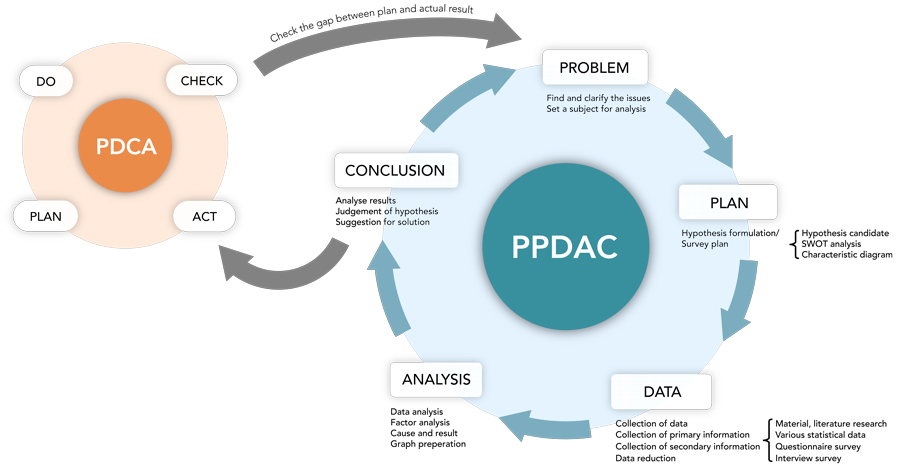 The five areas highlighted as key to successful reform were as follows: creating an environment conducive to raising children; ensuring long-term growth by opening the economy and creating value through innovation; structuring society so that everyone can reach their potential, regardless of age or gender; strategic promotion of regional strengths; and creating a secure social base (i.e. a specific Japanese brand through promotion of unique traditions and culture). At the time, Prime Minister Shinzo Abe said, “The important thing is that each region think for itself and then act and create reform. Through that kind of autonomous motivation, each region will be thoroughly vitalized, and we will be able to work towards a bright future. This is our fundamental concept”.

Three ‘pillars’ of policy were established to support the reform programme:

Since 2016 the efforts to uphold these first two pillars have been assisted by Dr Yoshiaki Matsuura and the information system known as the Regional Economy and Society Analyzing System (RESAS).

The RESAS
The RESAS is a system to compile ‘big data’ of government agencies and the private sector concerning industrial structures, demography and flows of people among others, and to present this statistical data in an easy-to-understand way. The introduction of the RESAS has allowed anyone, be they government officials, private company employees or general citizens to easily understand and search statistical data on flows of people, goods and money in local areas through clear and distinct visualisations. Using the data from the RESAS Dr Matsuura himself has been investigating how best to revitalize regional economies and solve regional demographic and financial issues. 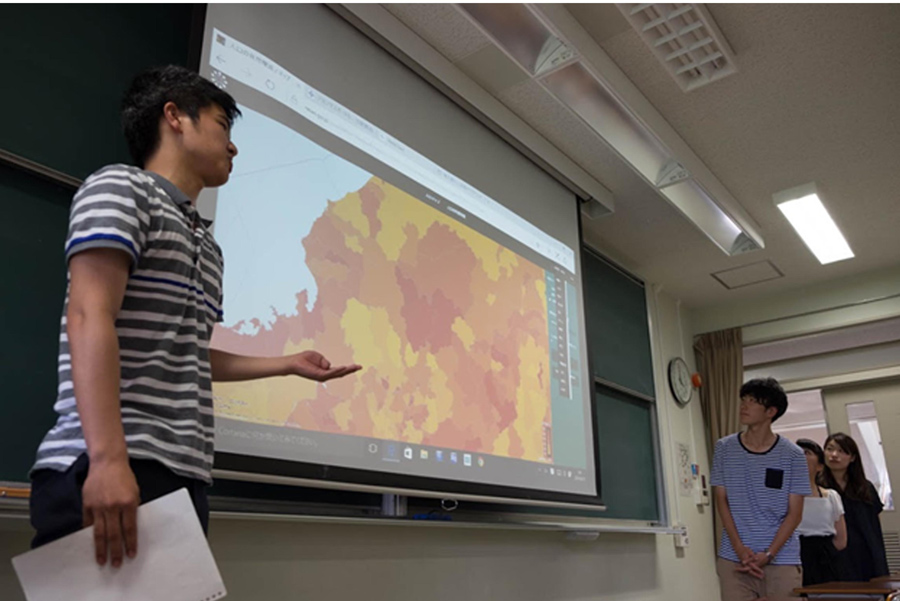 A programme of educational collaboration
Dr Matsuura has been working with the Japanese Cabinet Secretariat and the Cabinet Office since 2016 on an important body of research and a programme of collaborative education. Dr Matsuura refers to this work as ‘a practical human resource development programme’. He is implementing this programme and verifying its educational effect as part of the RESAS research efforts.

Dr Matsuura’s research concerns how to practically develop human resources at a regional level to revitalize local economies and solve an array of issues. Once trained and developed, these individuals deeply understand the specific issues that their region faces, based on accurate data. The selected individuals are trained on how to solve the regional problems, therefore enhancing the prosperity in their area. Their efforts also contribute to the ongoing development of RESAS functions.

Dr Matsuura has made excellent use of the statistical data that is provided by the RESAS, and further enhanced this with data from businesses and governments at both a central and a local level. He is focusing on addressing three specific issues in collaboration with the Cabinet Secretariat and the Cabinet Office. The first issue is how to develop data skills in people in the region through educational programmes, which will equip them to perform well in these crucial roles.

Secondly, through this project, Dr Matsuura will develop programmes for education and training, along with teaching materials, that will improve regional economies and address the specific issues the areas face.

But what does a hyper-aged society mean for the Japanese? What effect will it have on the country as a whole?

Thirdly, this body of work will become an educational curriculum that can be systematised and used by many stakeholders. This educational system will train local governments, corporates, as well as the faculty and staff members of educational institutions. The curriculum includes a broad range of resources including online lectures, training materials, face-to-face training, real-life case studies, worksheets, and details on how to compile and analyse the critical data indicators that inform action plans. This system will provide practical support for Evidence-Based Policy Making.

The RESAS and its associated education programme are a vital part of the implementation of domestic policies that could be instrumental in achieving the Japanese government’s ultimate goal to stabilise the country’s population. By emancipating local government, the private sector and smaller businesses and providing them with the knowledge and resources to help themselves, Dr Matsuura’s programmes and research help fulfil Shinzo Abe’s fundamental concept, that regions must help themselves towards a brighter future for the whole nation.

The results of depopulation in Japan appear to be overwhelmingly negative. What can be done?

<=”acceptedAnswer”> Japan recorded about 865,000 births in 2019, about 53,000 down from 2018. Recorded births in 2019 marked the lowest level since 1899 when statistical data became available. The number of women in their 20s and 30s, the core child-bearing generation, has continued to decrease. So births are expected to keep declining.

Earlier in 2020, the government released the “4th Declining Birthrate Social Countermeasure Outline,” which will work as the guidelines on actions against the diminishing birthrate until 2025. The document primarily calls for a study of financial support for families wishing to give birth and raise children, as well as the examination of a reduction in the cost burden from infertility treatment and an increase in childcare benefits.

The fertility rate in 2019 was 1.36. If the advocated state policies can raise the birthrate and maintain it at elevated levels, however, the future population can turn upward by millions. Also key to the declining birthrate countermeasures is regional revitalization. Individual local governments essentially need to analyse their current situations and outstanding issues and work on specific measures against the declining birthrate based on the present regional status while utilising the policies proposed by the 4th Declining Birthrate Social Countermeasure Outline.

There is no magic wand that can stop the shrinking birthrate all at once. We have to address this issue, starting with what we can one by one to slow down the birthrate’s decrease.

Regional revitalization: How the RESAS is overturning a downward trend was last modified: September 22nd, 2022 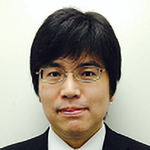 Dr Yoshiaki Matsuura is Associate Professor at Kanazawa University. Dr Matsuura’s research covers the development a practical regional human resource development programme in collaboration with the Cabinet Office and Cabinet Secretariat as well as the implementation and verification of its education programme. 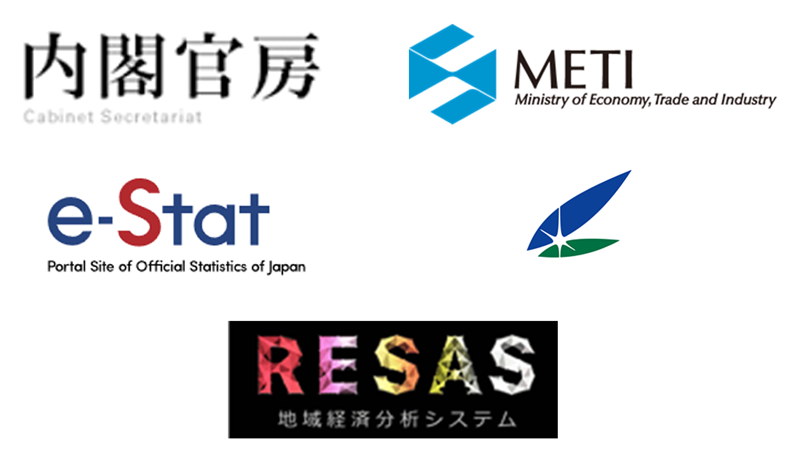