While health authorities have measured the impact of COVID-19 in terms of infections and deaths, less attention has been given to the mental illness the pandemic has left in its wake. One leading researcher in suicide prevention, Professor Masahito Fushimi, a psychiatrist at the Akita University Health Centre in Akita, Japan, has uncovered a worrying trend in suicidal behaviour sparked by the pandemic that has concerning implications for the future.

As COVID-19 tore a path across the world, health authorities measured its impact mainly in terms of infection rates and deaths linked to infection. But little thought has been given to those who may die years from now, from a pandemic-triggered illness that is harder to observe and measure and which festers in a person’s body to the point where death comes most tragically – by their own hand.

In Japan, as in other countries, the impacts of COVID-19 on mental health have been observed but not as thoroughly documented as the infection and death rates, unless those impacts were fatal. Japan has seen an increase in suicides during the pandemic, especially among women. One senior researcher at Akita University, on Japan’s north-eastern seaboard, has connected these data points with others about suicides in Japan, and sees a picture emerging with worrying implications for the future.

Professor Masahito Fushimi is a psychiatrist and director at the Akita University Health Centre. His primary interests are mental health promotion, stress management, and suicide prevention. His research is especially pertinent. In 2005 and 2006, he published research on patterns of suicides in the Akita prefecture showing that, at that stage, it had the highest suicide rate in the country. His research discovered that most suicide cases were male, between the ages of 50 and 69, and they usually hanged themselves. But when he expanded the search to include suicide attempts, something unseen emerged: while most of those who killed themselves were male, those who attempted suicide but failed were usually women, younger, and chose drug overdose or cutting as part of their attempt. Moreover, they were more likely to have a history of suicide attempts than those who succeeded in killing themselves. That insight would come to haunt Fushimi a decade and a half later.

Women carrying the burden
At the beginning of 2021, as the COVID-19 pandemic hit its second wave in Japan, Fushimi came across research from Poland that had attempted to assess stress, depression, anxiety, and suicidality in university students, brought on by the pandemic in its early stages. Fushimi had noted a significant uptick in student mental health consultations in his university, the majority of whom were women. To a degree, this made sense to Fushimi if one considered the effect of the pandemic restrictions on women, as suggested by the fact that the number of suicides in Japan in 2020 had been significantly higher in women than in previous years. For example, according to the Japanese National Police Agency, in October 2020 the suicide rate was almost 40% higher than in October the previous year; among women, that figure was 82.6%.

Why would the pandemic have made women more susceptible to suicide? While Japan, like other countries, was enforcing strict restrictions on social interaction, because the country has a strongly patriarchal culture, women were more likely to be ill-affected by the pandemic beyond direct infection with the virus. Because of school closures, women would have carried most of the burden of childcare and education. For those women who were still working but now at home, this would have intensified their anguish. Women were also more likely to have been in non-regular work positions and, therefore, more susceptible to be being laid off. All this would have invited increased stress, depression, and feelings of isolation. Given the limitations of social distancing, usual avenues for therapeutic recourse, such as supportive interactions with friends and family, and formal psychological and psychiatric therapy, would have been largely denied. It was a perfect storm, with an expected tragic outcome. But there was a bigger picture that bothered Fushimi.

The impacts of COVID-19 on mental health have been observed but not as thoroughly documented as the infection and death rates.

The three ‘peaks’
In 2015, the Japanese government issued a white paper on suicide control. A graph tracing suicide rates in Japan over the last 70 years reveals three ‘peaks’. The first was shortly after the Second World War, the second some thirty years afterwards, and the last about ten years later. Each peak coincided with a period of intense socioeconomic upheaval: the tumult of post-war redress and then two economic depressions. Those who killed themselves – mainly men – in the first peak were more likely to be in their early 20s; those in the second peak, in their early 50s; and those in the third peak, in their early 60s. A snapshot assessment is that the age when people were more susceptible to suicide simply changed over time. But Fushimi saw a more worrying trend: the cohort of Japanese men susceptible to suicide in the first peak was the same cohort in the successive peaks, just older.

In a series of letters to leading journals, Fushimi is urging fellow mental health professionals to consider this and apply it to the current context: young people, especially women – who are more likely to be susceptible to suicidal tendencies – carrying the added burdens from the pandemic, and subsequently riven with festering mental anguish, are increasingly dying at their own hands. While thinking about this, Fushimi wants his colleagues to imagine the graph from the white paper showing that cohort of young Japanese men with mental health issues at the end of the Second World War, getting older and suffering again and again in the face of successive periods of upheaval.

It’s tempting to think that young people have the regenerative fortitude to ‘get over’ the impacts of COVID-19. However, Fushimi warns us not to dismiss the possible long-term damage the pandemic has had on them. He points out that the pandemic is not over, and argues that not only could more young Japanese take their own lives as a result, but for those who don’t, the spectre of mental illness could remain with them for many years, even into middle and old age. Should they then find themselves confronted by other circumstances of intense socioeconomic upheaval, the outcome could be very grave indeed.

How would you like to see other researchers in mental health build on your insights, especially with respect to young people?

My concerns about the long-term effects of suicide have not been substantiated. It is difficult to prove this, but I hope it will be clarified in future research. It should be noted that various factors lead to suicide. We only tend to focus on the prominent factors that increase the rate of suicide, such as economic crisis or a pandemic. This field of research is very broad, ranging from the individual level to the national and regional levels. I would like researchers to try to identify the actual situation of suicide from a broad perspective through a long-term investigation. I intend to conduct additional research in the future to prevent suicide among young people.

Fushimi, M, (2022) The importance of studying the increase in suicides and gender differences during the COVID-19 pandemic. QJM: An International Journal of Medicine, 57–58. doi.org/10.1093/qjmed/hcab130 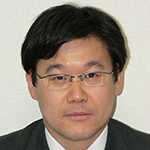 Dr Masahito Fushimi is the director as well as professor at the Akita University Health Centre, Japan. His main areas of interest are mental health promotion, stress management, and suicide prevention. He works as a psychiatrist together with clinicians and researchers to investigate suicidal behaviour and to help prevent suicide.

Improving understanding of the links between socio-economic stresses and trends in suicide rates.