Biology
Have you ever questioned the reasoning behind hollow stems in some plants? When we think about it there are a surprising number of plants with this feature. A common misconception would be to believe it is solely for nutrient or water transport. In fact, the reality has much more to do with temperature regulation. Dr Peter Kevan from the University of Guelph is one of the first in the field to pursue an understanding of this mechanism, in the hope that it will provide economic, environmental, and horticultural benefits to both nature and society.

The plant stem is a complex structure, providing a transport system, mechanical support, and also the freshly explored function of thermal regulation. To this day, the physiology of the inside of stems has rarely been examined with respect to heat transfer, a process normally associated with the leaves and flowers. In order to fill this research gap, Dr Peter Kevan from the University of Guelph is studying differences in plant stem type, and how effectively they regulate temperature.

This rather intriguing study, also known as micrometeorology, is literally as the name describes – studying ‘weather’ on a miniature scale. Factors that normally contribute to air temperature on a large scale are simply applied to the inside of a hollow stem. There are numerous factors that can affect this, both biotic (with respect to the plant), and abiotic (the external conditions). Dr Kevan wanted to examine a variety of different plant species with different hollow stem traits to understand the relationship between climate and plant stem physiology. 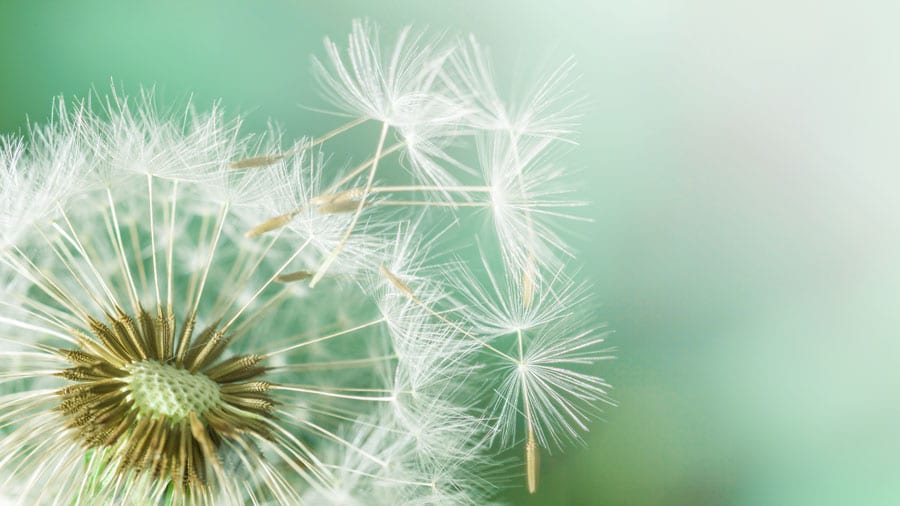 Lumen micrometeorology
The temperature inside the lumen (hollow centre) of a stem is dependent on the amount of solar radiation (energy from the sun). When this hits the stem wall, some is reflected, some absorbed into the stem tissue itself, and some transmitted through the stem wall into the lumen. This is what maintains the temperature of hollow stems through energy absorption into the ambient gases in the lumen – these circulate through convection, conduction, and re-radiation.

This entire process has been referred to as the ‘microgreenhouse effect’ as it is an exact replica of this on a tiny scale inside the plant stem. Previously this has been studied with reference to flowers – an increase in temperature encourages growth of the sexual organs, which in turn helps the flower develop quickly, and have a more prominent presentation for enhanced attraction of pollinators. This, however, is one of the first times it has been considered with respect to the stem and stem growth.

The lumen also loses energy through emissivity to the outside air. Some energy also becomes absorbed into the liquid transport system, and is used up during photosynthesis and plant metabolism (growth). It’s clear that by understanding these physical properties, Dr Kevan will be able to decipher why particular traits of a plant stem have evolved for certain climactic conditions. For example, a translucent stem may allow more energy through; however, it may also mean much is lost – a weak stem tends to droop, so a compromise is required. 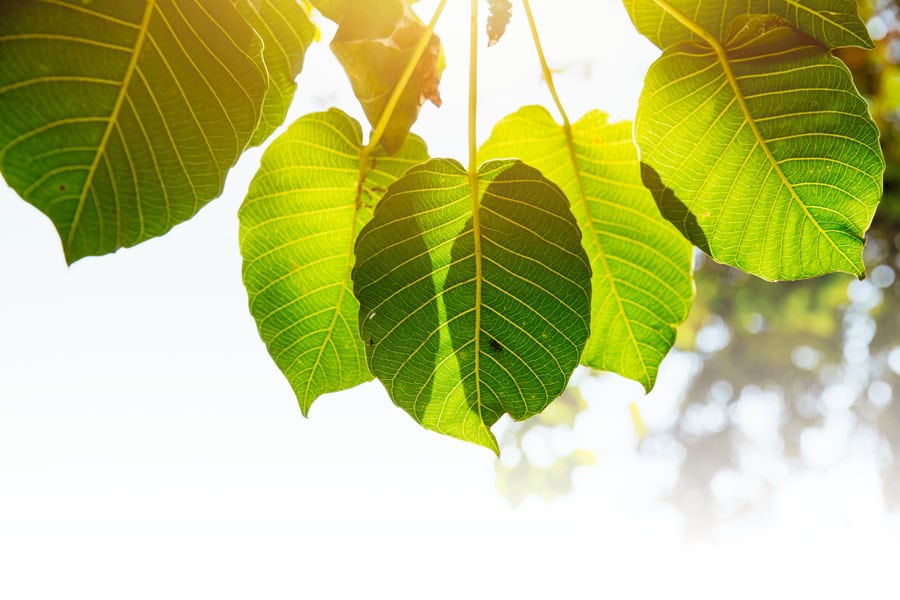 A preliminary study
To start answering these questions, Dr Kevan and his team began collecting and examining plants from across temperate regions including Canada and the UK. Primarily, over half of the plant species collected had hollow stems, even discounting those with a pith-filled lumen. Of these, there was a large variety in lumen diameter, stem wall width, and stem wall texture.

Over half of the plant species collected had hollow stems.

Temperature probes were inserted into the lumen and results compared with the ambient air and presence of light. Generally, in the presence of sunlight, the temperature in the lumen was above that of the ambient air. In particular, the hollow stem of a dandelion was up to 8°C higher than the ambient air in sunlight. However, lumen temperature normally dropped slightly below ambient when shaded. This certainly reinforces the theory that there is a distinct microclimate within the stem which changes dependent on abiotic and biotic conditions.

In Magadan, far northeastern Russia, studies on oat, dandelion, thistle and sneezewort plants displayed the same trend of hot stems, from 1˚C to 7˚C, depending on species, location, weather and other factors. This large temperature difference could go some way to suggest a high metabolic rate, high growth and also high tolerance – often seen in weed species. Pubescent (hairy) stems, were also recorded as having a higher temperature. Hairs on the stem trap a layer of air acting as insulation. But why is it important to maintain an increased stem microclimate?

Benefits of staying warm
There have certainly been many studies to show that keeping a high enough temperature aids the success of a plant. Enzyme activity in the cells increases with temperature until a certain denaturation threshold. Maintaining this increased activity is important for optimum growth, with the hollow stem acting as a form of ‘thermos flask’ for the air inside.

Although not the primary point of photosynthesis, the stem is the primary growth point of the plant with respect to height, so ensuring a high metabolic rate here encourages improved presentation of sporophylls (sexual organs) and increases the plant’s chance of reproduction. Similarly, the stem contains much of the fluid transport, including xylem and phloem tissues which move nutrients and water around the plant. A higher energy in this area further improves these natural physical and chemical processes.

It is also possible that having the previously mentioned ‘microgreenhouse’ effect, can protect the plants from temperature shock, or changes in temperature over time. Dr Kevan’s study sites ranged across Canada and the northern UK, two geographic regions prone to seasonal weather changes. The high number of hollow stems found in these plants may reflect an adaptation geared towards surviving in these conditions.

This research reinforces the theory that there is a distinct microclimate within the stem which changes dependent on abiotic and biotic conditions.”

Planting the seed
It is surprising that something seemingly so important has been academically neglected until now when one begins to think of the economic and agricultural benefits of this research. As soon as we understand the physical properties for improved plant fitness, we can begin to genetically examine these traits. With this knowledge, we can use basic gene-editing techniques to greatly improve plant strength, yield, and resilience. Could the creation of a ‘microgreenhouse’ inside every plant put an end to actual greenhouses (which require far more resources and produce waste)? Perhaps we could double the yield of certain crops, or grow plants where previously the land was deemed unsuitable. Ornamental flower growers and horticulturalists benefit from increased knowledge about regulating plant growth, as flowering, seed setting, floral and seed presentation all require growth and development of plants that is stimulated by heat. Thus, understanding the micrometeorology within plant stems and other plant organs is an area of study that will greatly contribute to the viability and marketability of ornamental and crop plants.

Dr Kevan’s research plants the seed for a whole new avenue of research, stemming from thermodynamics, all the way through to genetic engineering and agriculture. These traits could also be harnessed by horticultural specialists to grow more resilient plants for recreational/ornamental use.

The next study
In order to further this work and present these ideas to the next generation of researchers, Dr Kevan is about to embark on a new multi-year study looking into hollow stem physiology in much more detail. This study will include a detailed database of horticulturally important plants, recording their anatomical and microscopic morphologies. The microscopic focus will hopefully shed light on some of the important cellular and physical structures which dictate the heat transfer properties of the plant stem.

The investigation will examine the microclimate inside the stems of these plants, and how that relates to their particular morphologies. The outcomes of these observations will then be used to create, and systematically refine, biophysical mathematical models. These will be able to simulate how various stem types manage heat transfer, allowing scientists to project the morphologies of ‘optimum plants’ for a specific geography, climate, and purpose. This knowledge will go a long way to help improve commercial and recreational/ornamental plant production worldwide.

In your opinion, what is the most exciting aspect of this research?

<>The most exciting aspect of this research is the novelty of the phenomenon, the fact that no one seems to have investigated it before, and its likely importance in understanding the rapidity of plant growth to both basic and applied plant science.

Secrets of the stalk: Regulating plant temperature from the inside out was last modified: May 29th, 2019

Kevan, P. G., E. A. Tikhmenev and P. Nunes-Silva 2019 Temperatures within flowers and stems: Possible roles in plant reproduction in the north. Vestnik of the Far-Eastern Science Centre DVO RAN No. 1;  pp 38 - 47. 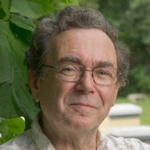 Peter G. Kevan was Scientific Director at the Canadian Pollination Initiative Strategic Network and is University Professor Emeritus at the School of Environmental Sciences, University of Guelph. He has published over 200 peer-reviewed papers, book chapters, encyclopaedia entries and many popular articles. He is a Fellow of the Royal Society of Canada.

Peter, K., 2019, "Secrets of the stalk: Regulating plant temperature from the inside out", Research OUTREACH (107). Available at: https://researchoutreach.org/articles/secrets-of-the-stalk-regulating-plant-temperature-from-the-inside-out (Accessed YYYY/MM/DD)

One thought on “Secrets of the stalk: Regulating plant temperature from the inside out”