Tenacious tumours
Treatment for ovarian cancer has changed little since the late 1990s. The standard treatment involves surgery to remove as much of the tumour as possible (maximal cytoreductive surgery) followed by a cocktail of platinum-based drugs and taxanes (chemotherapy), aimed at killing cancer cells. One would think that attacking the tumour from all angles would wipe it out for good, yet this is not the case. Within 6 – 24 months after the treatment, 60-80% of patients relapse and further cycles of chemotherapy are required. Unfortunately, chemotherapy doesn’t kill all the cancer cells, some are resistant to the drugs. When a drug attempts to kill a cancer cell, it has no effect on resistant cancer cells and they stay alive. Once the resistant cells start multiplying they form chemoresistant tumours, which can’t be destroyed, leading to medical complications and early deaths. The need for more effective treatments has never been more urgent.

In recent years, targeted anti-tumour drugs known as ‘Breakthrough Therapies’ have been made widely available. With a catch phrase like that we should all be jumping for joy. For some, targeted therapy has helped extend patient’s lives for months, this is viewed as a success, as success is often measured in days. This truly sounds like a breakthrough so why is there a growing scepticism about targeted therapies amongst researchers and clinicians? 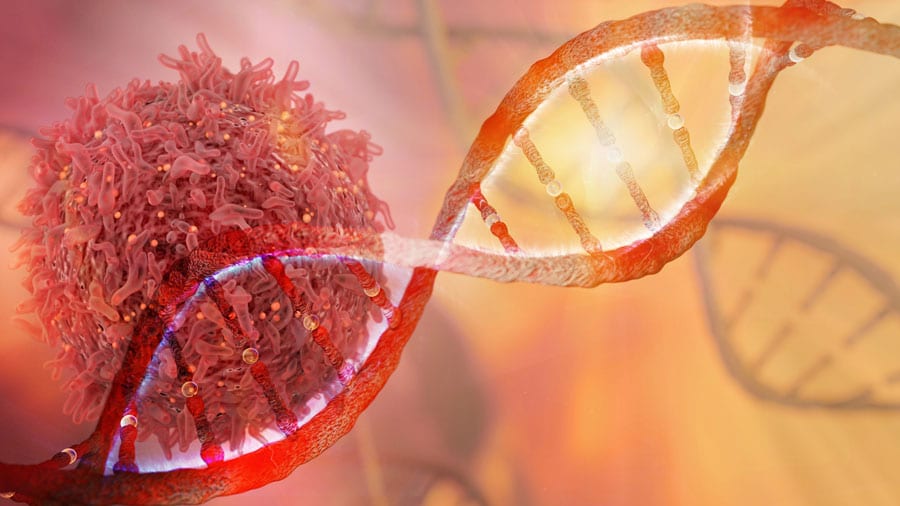 Imagine this, you have a rubbish bin in your house but you don’t understand rubbish collection days so you keep filling it with rubbish. As the pile gets bigger you squash it down and pack it in, trying to contain it, but one day you know that if you don’t figure out the collection day the rubbish will take over your house. Now, imagine the rubbish bin is a tumour and the human trying to control the waste is the targeted therapy. According to the original vision, targeted therapies aimed to decrease tumour size and, eventually, eliminate the tumour. Actually, it turns out that targeted therapies are unable to get rid of the tumour. The main positive effect of targeted drugs is usually less about decreasing tumour size than achieving prolonged stabilisation of tumour management process. Like the human not understanding collection days, if scientists don’t figure out how to get rid of the tumour, or rather to remove tumour’s source (its root system) instead of reducing its size, the patient could relapse. Another drawback is that over time, tumours develop resistance to the monotargeted drugs, just like their predecessors, so the positive effects don’t last long. Targeted therapies cannot be used alone or even in combination with conventional chemotherapy to effectively fight ovarian cancer. For the next generation of cancer therapies, a better understanding of chemoresistant and recurrent ovarian tumours is needed to help promote patients’ survival.

The next chapter
It’s not all doom and gloom. In recent years there has been a huge effort to understand tumour recurrence and resistance. A recent scientific breakthrough in cancer research involves the discovery of a population of hardy cancer cells, known as cancer stem cells, or CSCs. Research into this rare population of immortal cells suggests they are responsible for chemoresistance and recurrent tumours in many different cancers, including ovarian cancer. This discovery has opened up a whole new opportunity for cancer research scientists, who over the last decade, have been searching and developing new drugs to destroy CSCs.

Astonishing findings reveal that combining conventional chemotherapy with ovarian CSCs inhibitors is essential for tackling the tumour. In the first round of chemotherapy the bulk of ovarian tumour cells are eliminated but hardy, chemoresistant CSCs survive the treatment. While the symptoms for the patient disappear, CSCs silently grow into tumours. At recurrence the patients have large tumours full of CSCs that cannot be destroyed with chemotherapy. There are also lots of CSCs in ascites (the abnormal buildup of fluid in the abdomen) which commonly occurs in advanced ovarian cancer and its relapse. However, if the patients are treated with CSCs inhibitors during the chemotherapy this may reduce or prevent recurrence and even promote patient survival.

It’s about time anti-cancer therapy started a new chapter. Equipped with a greater understanding of tumour chemoresistance and recurrence, scientists and clinicians can begin to uncover more effective anti-cancer treatments.

Back to nature
Today, natural agents play a dominant role in the discovery of leads for the development of drugs against many human diseases, especially cancer. Currently, over 60% of anti-cancer drugs are derived in one way or another from natural sources, with the rest being artificially synthetised.

In the recent study led by Academicians Lev Ashraphyan and Vsevolod Kiselev and their colleagues, compounds of natural origin were used in a clinical trial to identify their effectiveness in treating advanced ovarian cancer. Indoles – indole-3-carbinol (I3C), 3,3′-diindolylmethane (DIM) and flavonoid epigallocatechin-3-gallate (EGCG) are the rock stars of anti-cancer treatment and widely called “a therapeutic marvel”. Their humble origins in cruciferous vegetables, including sprouts, and green tea has not set them back. These natural substances have been comprehensively studied in various cancers, including ovarian cancer, and have unique anti-cancer properties.

In contrast to monotargeted drugs that hit only one molecular target of the tumour for some time, these compounds possess multiple anti-tumour activity and attack cancers simultaneously from multiple angles. They stop tumour cells from growing and dividing and can even instruct cells to die. They fight off molecules important for fuelling cancer cell growth and spread including aggressive estrogens, inflammatory molecules, oxidants, growth factors. Incredibly, they are also capable of inhibiting CSCs by inducing their death and blocking key pathways responsible for their aggressiveness and chemoresistance. All these activities, including development of chemoresistance, are being implemented by reversible epigenetic mechanisms changing gene expression. All three above natural substances have demostrated epigenetic anti-tumour activity.

In the study, these substances were used in the form of the medical drug Indinol® Forto and dietary supplement Promisan® (both MiraxBioPharma, Joint-Stock Company, Russia) manufactured under a special technology according to current GMP standards. Unique properties like this make these agents an excellent contender for the next generation of anti-cancer treatments.

Light in the dark
In a first of its kind clinical trial conducted by the research team, 284 women with untreated advanced ovarian cancer were assigned maintenance therapy with orally administered I3C as well as I3C with EGCG as Indinol® Forto and Promisan® pharmaceutical agents. Maintenance therapy was administered before, during, and for five years after combined treatment (chemotherapy and surgery to remove the tumour). The results were shocking. Maintenance therapy with I3C and EGCG in advanced ovarian cancer dramatically increased median overall survival by almost one and a half times over five years and 5-year overall survival increased from 37% to 67%.

What’s more, researchers found patients were living longer without the tumour getting worse and there was a dramatic reduction in relapses with ascites. A huge benefit was identified from taking agents based on I3C and EGCG along with chemotherapy prior to surgery; in these patients, surgeons were able to completely remove all visible tumours. This was not the case in the control patients who hadn’t received the maintenance treatment. The scientists believe that this radical tumour removal important for improvement of treatment outcomes is due to the anti-tumour effects of I3C and EGCG, including their ability to kill CSCs.

Prolonged treatment with I3C and EGCG showed a measurable improvement in the patient’s quality of life and their daily activities. In addition, these drugs do not demonstrate any significant toxicity to patients, they are safe and have no additional side effects. This safe approach to treating ovarian cancer is also inexpensive and affordable. Current anti-cancer therapies can cost anywhere from $10,000 – $30,000 per month, a huge problem for patients. Oncologists worry about the rising costs of cancer treatment, in the USA there has been a 100-fold increase in cost per patient over the last 50 years.

The recent clinical trial with agents based on I3C and EGCG shows huge promise in tackling this problem allowing people to afford effective anti-cancer treatments. A fresh understanding of the biology of ovarian tumours has allowed Academicians Lev Ashraphyan and Vsevolod Kiselev and their colleagues to develop a promising, effective, safe and affordable treatment to tackle the formidable ovarian cancer. In the future it’s possible these results may be used to develop more effective and safer treatment approaches for other difficult to treat cancers.

How long will it take for this treatment to be available to all people with ovarian cancer?

<>We believe it depends on two points: the speed at which available information on this new treatment approach would be distributed in public space and on the ability of oncologists (who are known as the most conservative clinicians) to accept current ideas and knowledge and their desire to apply them in clinical practice. But importantly, safety, affordability, simple peroral usage, and clinically proven efficacy of the preparations used in the trial could give a hope for a long happy life to large number of oncological patients and their relatives with no participation of physicians if they aren’t ready yet. 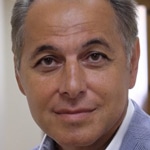 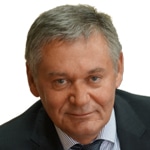 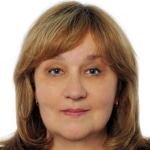 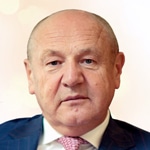 Lev Ashraphyan: A highly regarded gynaecologic oncologist and a surgeon in gynaecologic cancers, Honoured Doctor of the Russian Federation. Director, Institute of Gynecologic Oncology and Mammology of Acad. V.I.Kulakov National Medical Research Centre of Obstetrics, Gynecology and Perinatology, the Ministry of Health of Russia (Moscow). Academician of the Russian Academy of Sciences, Professor, MD. A member of Russian and foreign Associations of gynecologists and gynecologic oncologists, President of Russian Association of specialists in the treatment of female reproductive system tumours.

Vsevolod Kiselev: A highly regarded clinician-scientist, specialist in molecular biology, molecular medicine and biotechnology. Deputy Director, Institute of Gynaecologic Oncology and Mammology of Acad. V.I.Kulakov National Medical Research Centre of Obstetrics, Gynaecology and Perinatology, the Ministry of Health of Russia (Moscow). Associate academician of the Russian Academy of Sciences, Professor, D. Biol. Sci. Twice winner of Russian Government Award in Science and Engineering, a laureate of the International Prize Galen (Prix Galien Russia), a winner of the National Prize to the best doctors of Russia “Vocation”.

The research is focused on an effective and safe approach of maintenance therapy for advanced ovarian cancer that is both inexpensive and affordable.